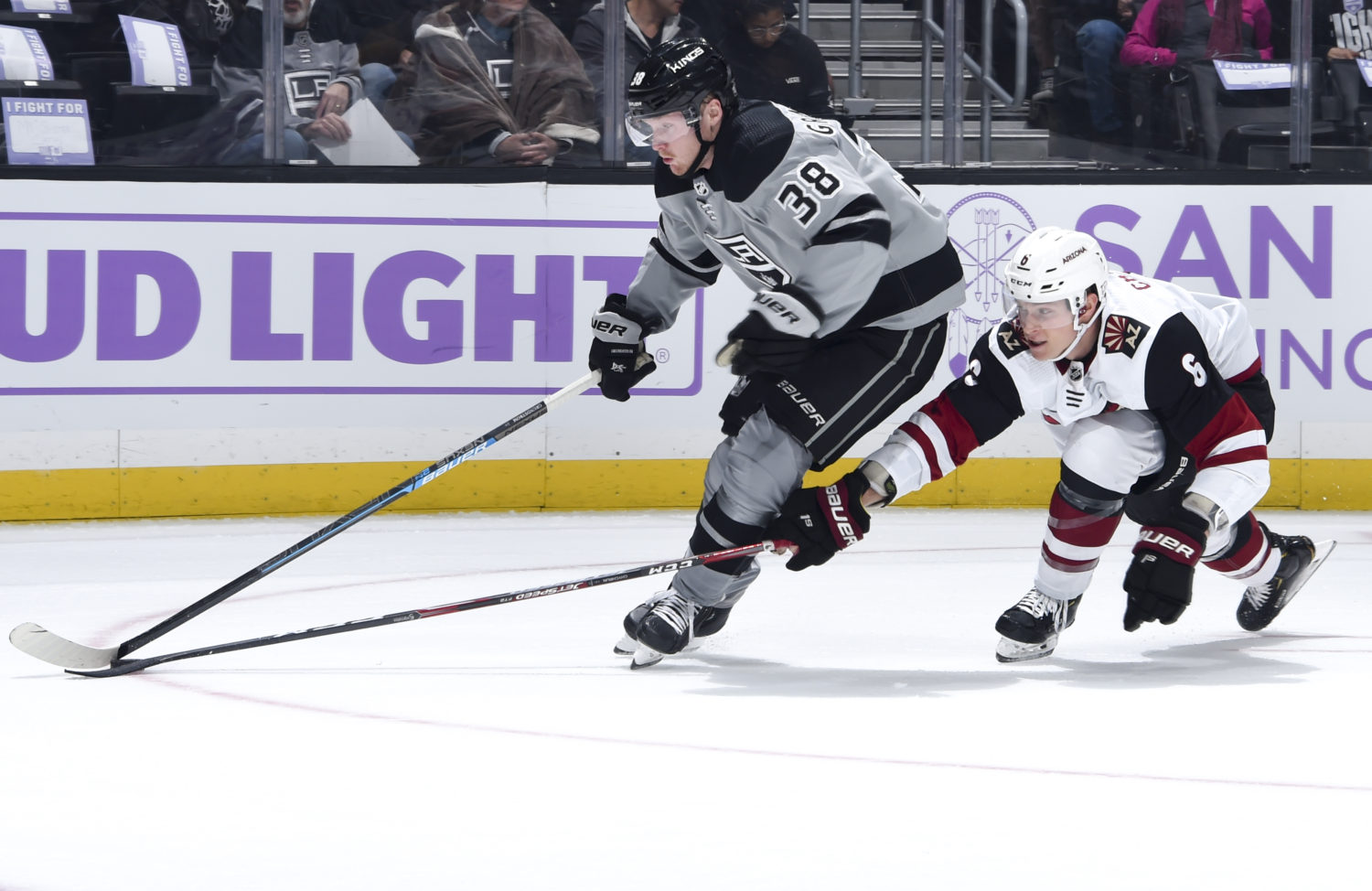 Movin’ and shakin’ as the LA Kings travel east: Carl Grundstrom has been recalled and Matt Luff was assigned to AHL-Ontario, the team announced Monday morning. They maintain a roster of 23 skaters that’s presumably healthy, given Drew Doughty’s recovery from a lower-body injury that should make him available for Tuesday’s opener in Washington.

Grundstrom had been hot-hot-hot in the AHL but hasn’t yet applied his bowling ball, north-south mentality to the benefit of the team at the NHL level this season, an observation Grundstrom will be looking to prove is stale with his most recent call-up. He has three goals, seven points, a plus-four rating and 16 shots on goal in his last seven games and netted a clutch game-tying deflection on Sheldon Rempal’s long-distance blast with Matt Villalta pulled during Ontario’s thrilling 5-4 overtime comeback win at San Diego on Hockey Day SoCal.

Grundstrom had most recently been assigned to Ontario on November 27 to get a wide array of playing time in a variety of situations that weren’t necessarily available at the NHL level. As has been shared once or twice, the teams’ dressing rooms are adjacent at TSPC, so players are going to hop on and off the Reign Train at regular intervals, among them the margins of road trips these roster moves often book-end.

He’s poised to play his first NHL games since late November, when he was assigned to Ontario at the time of a Luff recall. Grundstrom, who turned 22 in December, had a knack for the back of the net last season, scoring five times in 15 games. Backed by four assists in nine games this season, he has 10 points (5-5=10) in 24 NHL games overall. His 56.6% CF% in nine games this season is too small of a sample size to give us much clarity, but the team has shot 9.3% with him on the ice in five-on-five play, leading for seven L.A. goals-for and only four against in such situations.

Mike Stothers, January 18, on the Grundstrom-Vilardi-Frk line:
It was good to see that line get on track. Grundy got a couple big assists, obviously Frker with two goals and seeing Gabe score early, that’s what you need out of your big line, your top line. You need that kind of production, right, and it kind of filters on through after that. The good thing with those guys is you know they’re not going to stay quiet for long, it’s only a matter of time. Hopefully, this is a big weekend for us, so hopefully it’ll carry into tomorrow and Monday afternoon.

Stothers, on Carl Grundstrom:
He was hard on pucks tonight, he was getting to the puck first, he was using his size and his strength. You might look at him and think he’s not overly big, height wise, but he’s a big man, he’s a solid guy and I think that’s when he’s at his best is when he’s bumping. It’s almost like he needs to get angry early and then he’s capable of making some good plays. I think that line, it’s just got a little bit of everything for you. Frkster’s just a pure sniper, although he makes some pretty nice plays too. Gabe is kind of that middle guy who just makes plays and sees the ice, so again, it was good to see those guys get on the board.

Luff is also vying to recapture last year’s scoring penchant. With one goal and a minus-five rating in 18 games, it hasn’t been coming regularly, and on Saturday, his first period backhanded clearing attempt was intercepted by Ondrej Kase, who started the wheels on a quick strike finished off by Max Jones. It was one of two giveaways on Anaheim’s go-ahead goal, with McLellan referencing the failed clears as “punts” that “went right to the middle of the rink” in his press conference following the loss. In 51 career games, Luff, also 22, has nine goals and 16 points.

Again, this isn’t punitive or because a player isn’t equipped to play in the NHL. Certainly both will have the opportunity to grow their opportunity should the team exchange veterans at the trade deadline. But at this point, and on this trip, Grundstrom is the next man up, with Luff ready to continue to build his game and be entrusted in a wider array of situations. In fourth place in the AHL’s Pacific Division with a 22-18-5 record, Ontario travels to Bakersfield on Friday before welcoming first place Tucson to Toyota Arena on Saturday.

Oh yeah, we never really talked about how Grundstrom is now "The Tank," according to McLellan. There's The Cheetah, The Ferrari, The Professor. What other (non -ie / -s) recent nicknames are we forgetting?