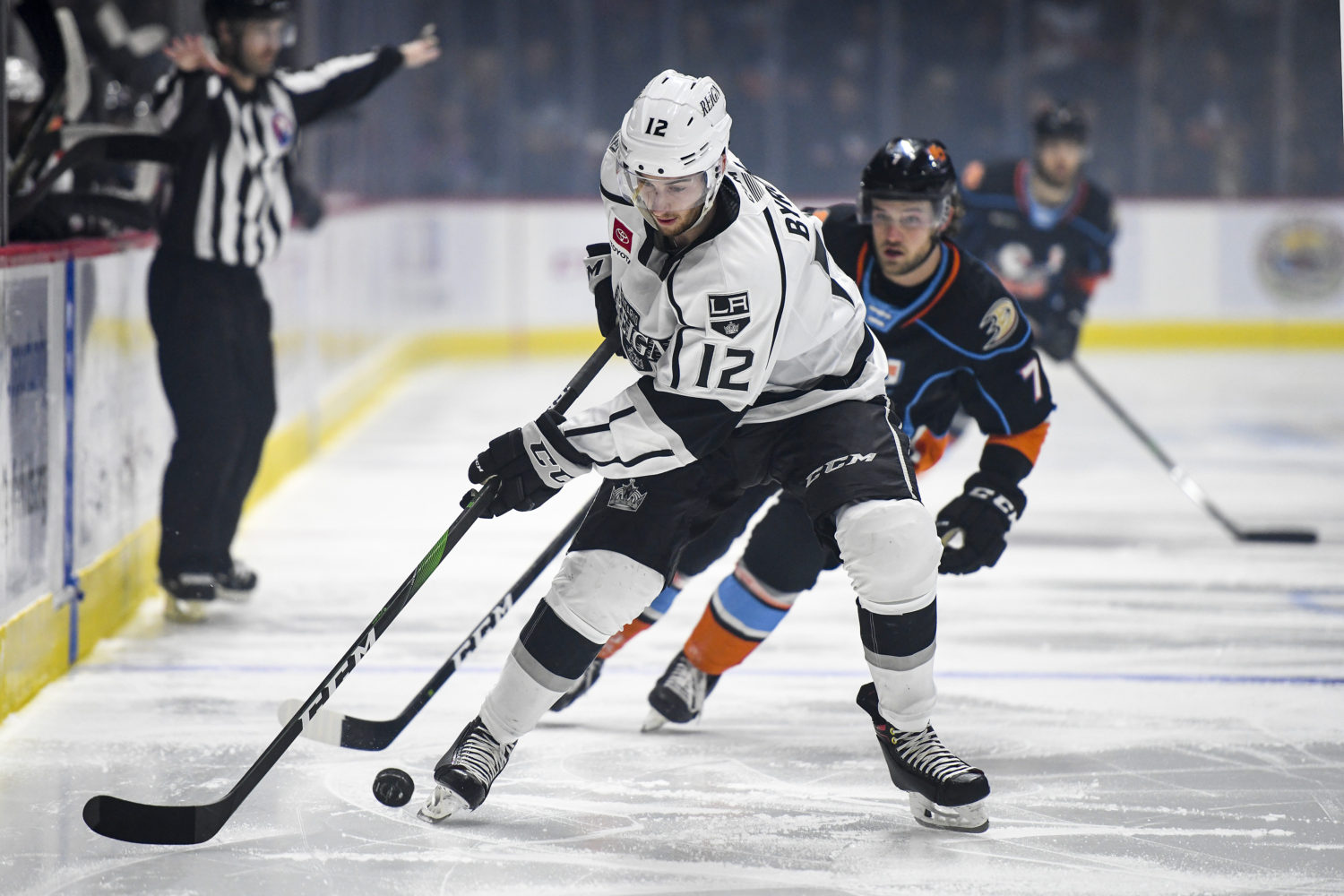 TONIGHT’S MATCHUP: The Ontario Reign are back in action this afternoon for a 4 PM faceoff in San Diego. Ontario enters tonight’s action off of a 4-3, regulation victory over the Bakersfield Condors yesterday evening at Mechanics Bank Arena.

THE PLAYOFF PICTURE: This weekend features a pair of very important games for the Reign, who earned two points in regulation yesterday, with a 4-3 win over Bakersfield. Following Ontario’s win over the Condors, and San Diego’s 5-3 win over San Jose, the Reign currently lead both teams by four points for the final playoff position in the Pacific Division. Bakersfield has one game in hand on Ontario, while San Diego has four.

MAGIC CONCH SHELDON: Reign forward Sheldon Rempal extended his point streak to four games with his second-period tally last night in Bakersfield. Rempal has two goals and two assists over that stretch, and is tied for second on the Reign with 12 assists this season. The second-year forward now has 14 points (2-12-14) so far this season – hear from Rempal, and Ontario Head Coach on Rempal, here.

TWO FOR LADUE: Ontario defenseman Paul LaDue tallied a goal and an assist in yesterday’s win over the Condors. LaDue scored a power-play goal, Ontario’s only on eight tries, and also tallied an assist in the win. The 27-year-old blueliner leads all Reign defensemen in assists (12) and points (18) this season, and has seven points (2-5-7) over his last six games played, including goals in back-to-back games.

FRK’N GOALSCORER: Reign forward Martin Frk collected his team-leading 21st goal of the season yesterday in Bakersfield. The tally for Frk came in his first game after breaking the AHL’s Hardest Shot record at Sunday’s AHL All-Star Skills Competition. Frk now has eight goals and nine points (8-1-9) over his last eight games played, and is now tied for fifth in the AHL in goals scored this season, two clear of the next closest player in the Pacific Division.

SCOUTING THE GULLS: San Diego winger Kiefer Sherwood collected a hat trick in his team’s 5-3 win over the San Jose Barracuda yesterday evening on home ice. With the three tallies, Sherwood posted the first hat trick of his AHL career and now has 14 goals and 21 points from 28 games played this season. In the win, forwards Sam Carrick (0-2-2) and Chase De Leo (0-2-2) also tallied multiple points to help lead the Gulls.