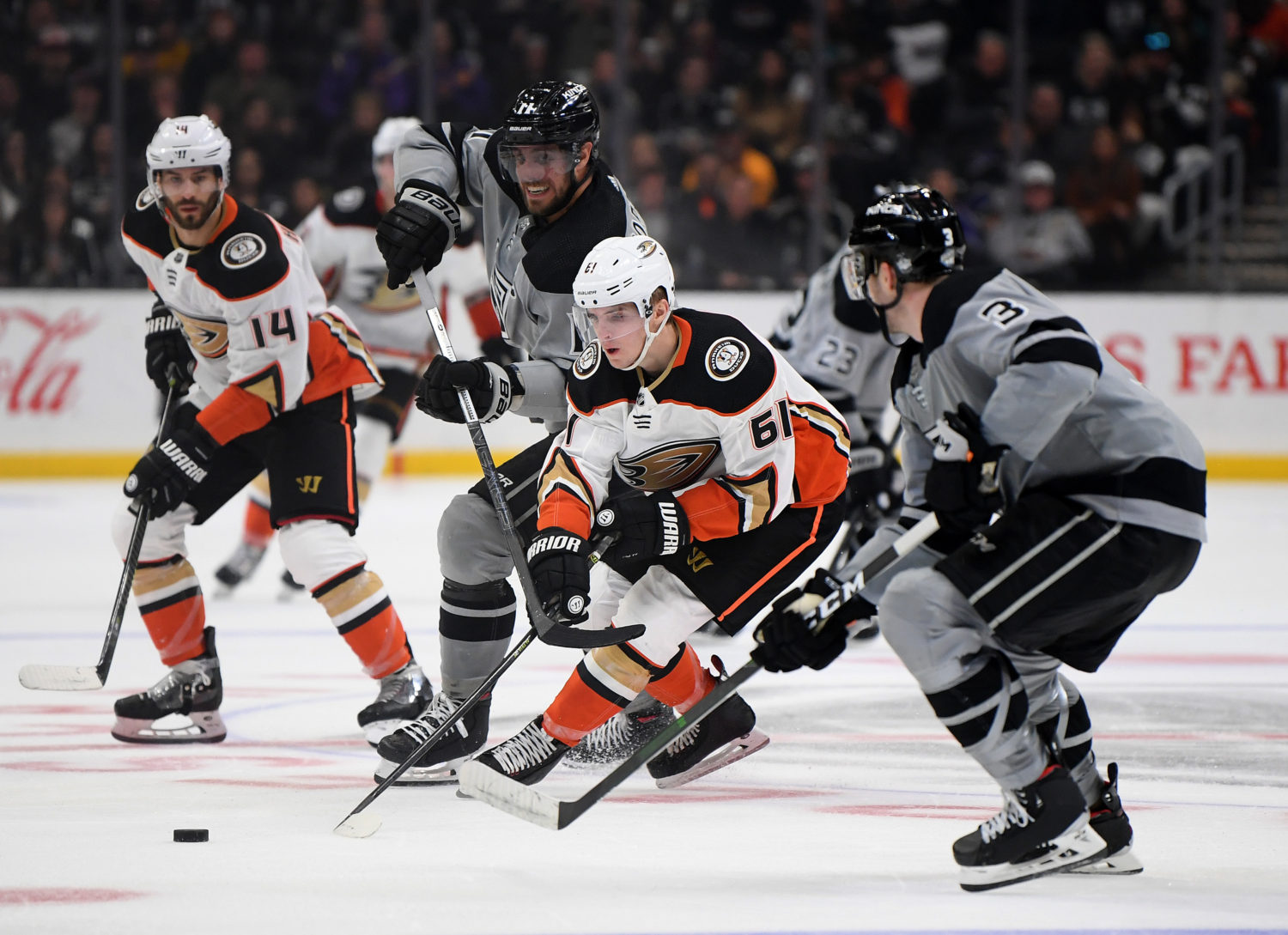 Todd McLellan, on the improvements in the second half of the game:
Yeah, but too late. It was a team that played last night. We got off to a really slow start. The difference, first half to the second half, I think was in the faceoff circle. It was the depth of the team. They got goals from third and fourth line players, and good for them, they played very well. Deep into their back end, they got a goal from that group, and we didn’t get that. That’s the difference. At the end of the night, we had a push, but too little, too late.

McLellan, on the quality of third period chances:
Well, good and bad. Obviously, not good enough to start. I can’t answer that by saying they were ‘excellent,’ but there was some volume there. We did keep them in the zone. We pushed. But still not good enough. And I can live with the third period. It’s the beginning and the lack of intensity. For me, it’s the faceoff circle. When you drop the puck and two teams are ready, the gun goes off, who wants it, who doesn’t? What were we, eight-for-25, 26 in the first period alone? That tells a story.

McLellan, on puck recovery and whether Los Angeles matched Anaheim’s intensity:
They were outshooting us, 11-2, I think, in the first seven or eight minutes. They were on their toes and we were on our heels, and we’re responsible for at least 50% of that. They’re responsible for the other share, and they were much better on their portion than we were.

McLellan, on Anaheim’s first goal:
Failed clear twice. Hutts had it once, and then Luffer on both punts, as I call them, went right to the middle of the rink. They made a good play from below the goal line and it’s in our net, so failed to get it out twice when we needed to.

McLellan, on whether veterans aren’t performing at a high level:
Some, but we’re getting really good years from some individuals. Kopi’s back to where he needs to be, and there are some others that are reviving their games, if you will. They’re playing to capacity in my mind, and then there are some that aren’t quite there and some that are falling off and I’m not sure how much they have left in the tank, but it’s our job to get as much as we possibly can out of them while we’re trying to grow some younger players. [Reporter: When you know you’re not where you want to be, how do you motivate these guys, game-in and game-out the rest of the season?] We have some goals or some standards that we want to live up to. And for the most part we’ve done a pretty good job with that. It’s not always in the game situations, it’s a lot of practice, a lot of prep trying to improve in certain areas. But they also have to look at themselves as individuals do. They want to stay in the league. Do they want to up their value in the league? Do they want to stay with this organization? Do they want to be in the minors? Where are they in their career? There are so many variables that go into our roster because we’ve got players who’ve played – when Anderson-Dolan’s up, he’s played five or six games in the league to Brownie, who’s played almost 12-hundred now. Everybody has their own personal motivation, but the team one is the most important. After the break, we talked about four things that we expect from that group, and we’re going to hold them to it every night.

McLellan, on whether developing a “natural finisher” would help win more one-goal games:
Yeah. I think that’s a really simple answer. It’s an obvious question, it’s a good question, it really makes sense, but the ability to finish kind of goes with your question earlier [about] the type of chances or the quality of chances. When you look up, you see 40-something, 48 shots, but were they really good? Were they Ovechkin-type scoring chances? I don’t know. But we’re not changing that overnight. We know who we are and what we have. We hope that down the line with some of the young players that we’ve drafted that there will be more natural scores. But for now, we are what we are and we’re going to work hard to score. If that goes away, then we’re in trouble.