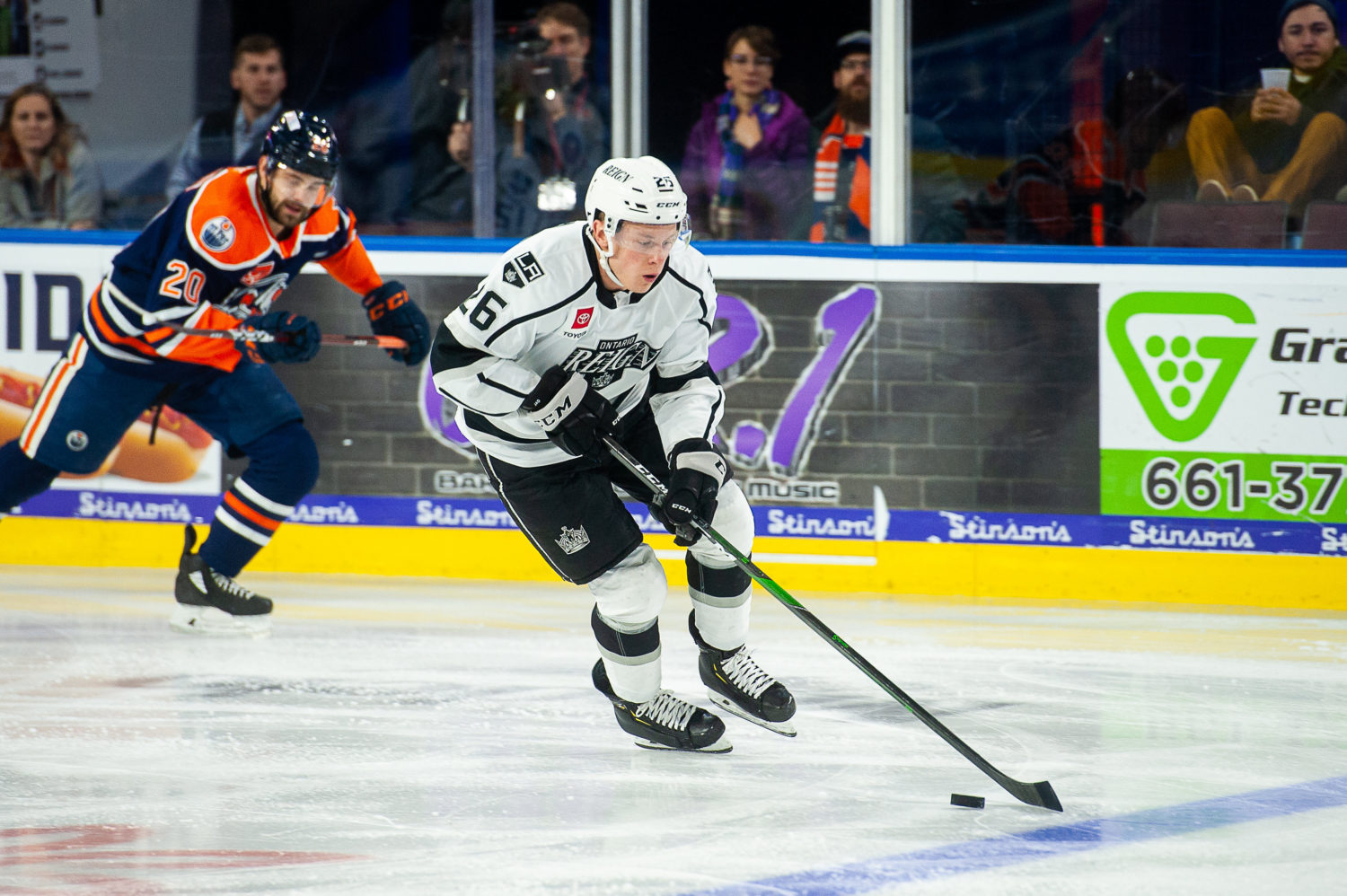 TONIGHT’S MATCHUP: The Ontario Reign are back in action after the AHL All-Star break with a pair of games on the road. Ontario heads to Bakersfield tonight, followed by a trip to San Diego for a 4 PM game against the Gulls.

THE PLAYOFF PICTURE: This weekend features a pair of very important games for the Reign, who enter the weekend in the fourth and final playoff spot in the Pacific Division, two ahead of Bakersfield and four ahead of San Diego. Ontario will play both teams on the road this weekend, and with the Condors holding one game in hand, and San Diego holding four, these two games hold a ton of playoff importance for the teams involved.

CLAGUE & THE CONDORS: Reign defenseman Kale Clague leads all Ontario skaters with five assists and six points against Bakersfield this season. Forward Martin Frk leads the Reign with three goals in the head-to-head series, which has been tightly contested and low-scoring on the season. Just two of eight games have featured more than five combined goals, and three of the eight games have gone into overtime.

BJORN TO BE WILD: Ontario came from behind in the third period on Saturday in San Jose and got the game-winning goal from defenseman Tobias Bjornfot with just 68 seconds left in the game. Bjornfot, who was +2 in the win over San Jose, now has a +10 rating on the season, which is tied for fifth in the AHL amongst rookie defensemen. The Sweden native has 11 points (3-8-11) from 30 games played this season overall.

REMPING THINGS UP: Reign forward Sheldon Rempal extended his point streak to three games with an assist on Saturday in San Jose. The second-year forward scored his first goal of the season the previous night, as he snapped a 52-game goalless streak in the process. Rempal now has 13 points (1-12-13) so far this season, with his 12 helpers tied for second on the Reign roster, three shy of team leader Jaret Anderson-Dolan.

BREAKING JAD: Ontario forward Jaret Anderson-Dolan went scoreless over the weekend, but has collected eight points (2-6-8) over his past eight games played, which surround his first recall of the season to the NHL. Anderson-Dolan marked his return to the Ontario lineup with a multi-point game (1-1-2) on January 20, and he leads all Reign players this season with 15 assists, while ranking second with 21 points.

RECENT RECALLS: The Los Angeles Kings recalled forwards Matt Luff and Blake Lizotte earlier this week. Lizotte made his AHL debut on Saturday in San Jose, as he played in a game for the first time since January 8, when he was injured with the Kings. Luff scored in both games over the weekend for the Reign, and now returns to Los Angeles, where he’s tallied five points (1-4-5) from 17 games played this season.

SCOUTING THE CONDORS: Bakersfield netminder Stuart Skinner was selected as the AHL’s most recent Player of the Week. Skinner posted a 3-1-0 record, a 1.50 goals against average and a .946 save percentage across four games last week, as he stopped 106 of the 112 shots he faced. Overall this season, Skinner is tied for third in the AHL in games played, and ranks inside the Top-10 leaguewide in saves, wins and minutes played.