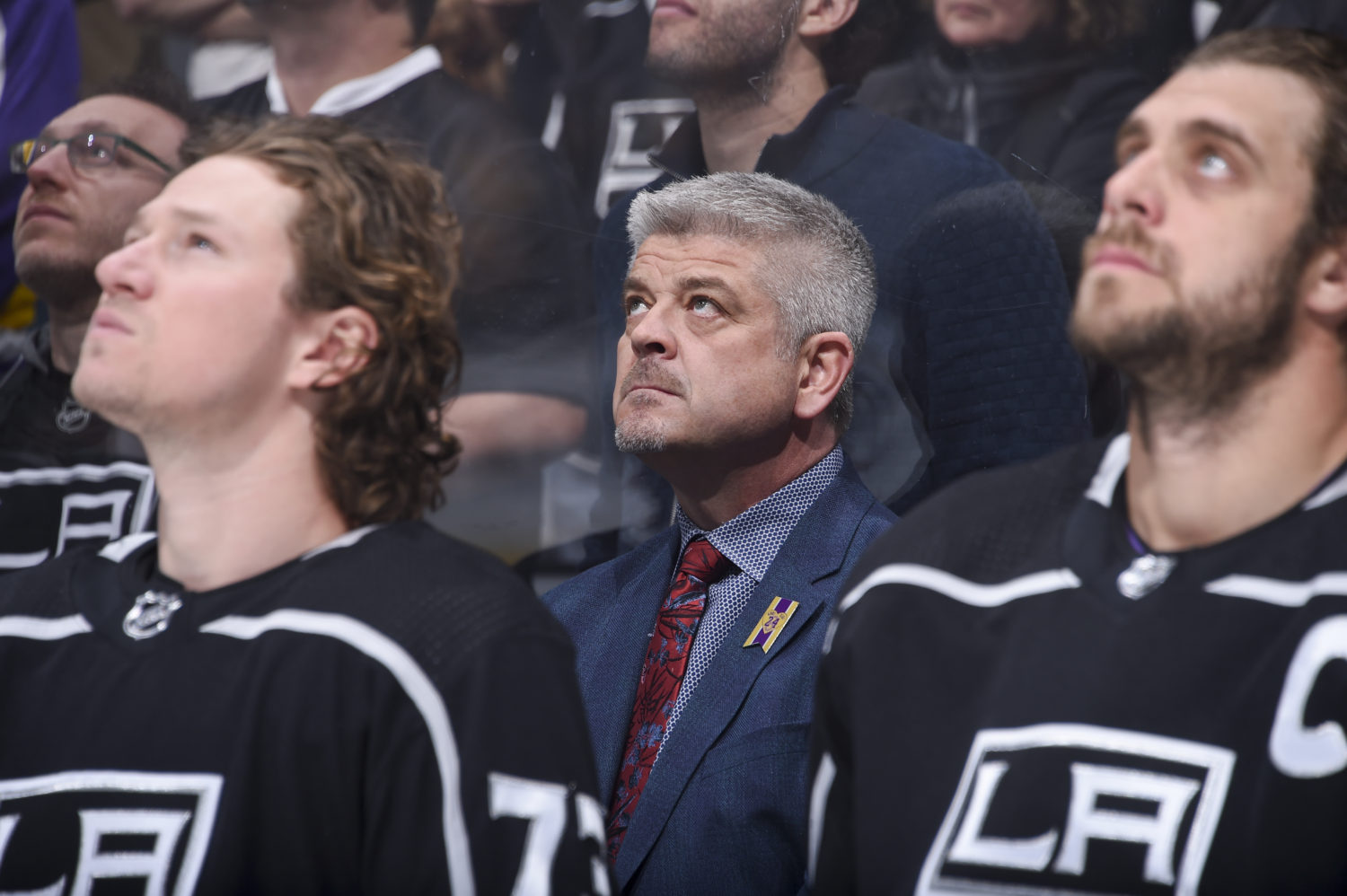 Todd McLellan, on whether this was a similar game to the teams’ previous meeting:
Yep. I think that’s a good way to sum it. We can’t complain a lot about the effort. We’re happy with the way we started with the game coming out of the break. I was really concerned whether we’d be able to get our engine going, especially against that team. We got it going. Didn’t get it to three when we had some really good chances, and that hurt us. Good teams make you pay for mistakes, and we made some tonight and they made us pay. I think on the pinch on the first goal, an emotional penalty that we probably shouldn’t have been involved in. A tremendous penalty kill, but it takes the life out of you – they scored about two seconds after – but an outstanding penalty kill, and a faceoff at the end. The linesman in that case, I don’t think you can cheat any more than they cheated, and he should’ve blown it down. He knows he should’ve blown it down. We talk about it, but they’ve got a hard job. So we move on. Unfortunately, we didn’t get the game.

McLellan, on communicating with video coaches Samson Lee and Derik Johnson on the disallowed goal:
Actually, that was a pretty simple one. It was really obvious. The rewound it, we looked on the bench right away. We knew we didn’t need extra angles or anything like that. In that case it’s Derek and Samson in the room. We’ve got a group up top that’s also watching it, and everybody has quick input. We get to see it on the bench, and tonight was a very simple, no-brainer. I think it took them only five or six seconds to figure it out and we moved on, so it was simple for everybody.

McLellan, on whether it’s frustrating to earn one point out of two good performances in the series:
Frustrating. It is, but there’s nothing we can do about it right now. We’ve just got to keep plugging away, and I sound like a broken record, and you guys are going to be sick of me at the end of the year saying that over and over and over again, and so will the players, but we have no choice but to plod on and try and fix this. In my opinion, we’re doing a pretty good job of it. We’re not winning games, and that’s what the goal of the game is is to come and win. We’re a little bit short. I think of our team, we didn’t make them pay for their mistakes, and they made us pay for ours, and that’s the difference between a 70, 75-point team or whatever they are right now, and our club. I don’t think they worked harder than us, I don’t think they were committed any greater than we were, I don’t think their game plan was any better than [ours], they just have the skill right now to make you pay, and for every three chances they get, they find a way to chip one in the net, and we need sis, whether it’s us keeping it out or putting it in. It just really sums it up that we’ve got some work to do roster-wise, talent-wise and team-wise.

Jon Cooper, on the pre-game ceremony:
It was, I said this earlier, not only the impact Kobe had on this city but what he’s had all over the globe and just to walk down here to Staples Center before the game and, gosh, the love that’s shown for him outside the arena. It just gives you time to reflect and sit there and understand how much he meant to this city. But, to be honest, it was a very tasteful tribute to him, but it was a weird first couple minutes of the game because there was just no emotion on either side. Once some bodies got banged it turned into a hockey game, but it was a very well done and tasteful tribute.

Victor Hedman, on Tampa Bay’s power play:
We were hungry to score a goal and Quick made some real saves and their group made some key blocks as well, but we moved the puck well. We got a shooting mentality between pucks and it took a little longer than two minutes, but we got that goal that I thought we deserved. I think kind of after that it was a more even game.

Steven Stamkos, on Tampa Bay’s power play:
It was obviously a great power play for us, did everything but score. I thought that was kind of a momentum shift in the game too, it goes either way. If they kill that off, they gain some momentum. We stuck with it, 5-on-5, we still found a way to score so obviously some relief from our power play. It hasn’t been going in lately, but to have one like that it gives you confidence – big part of the game so that was a big play for us.