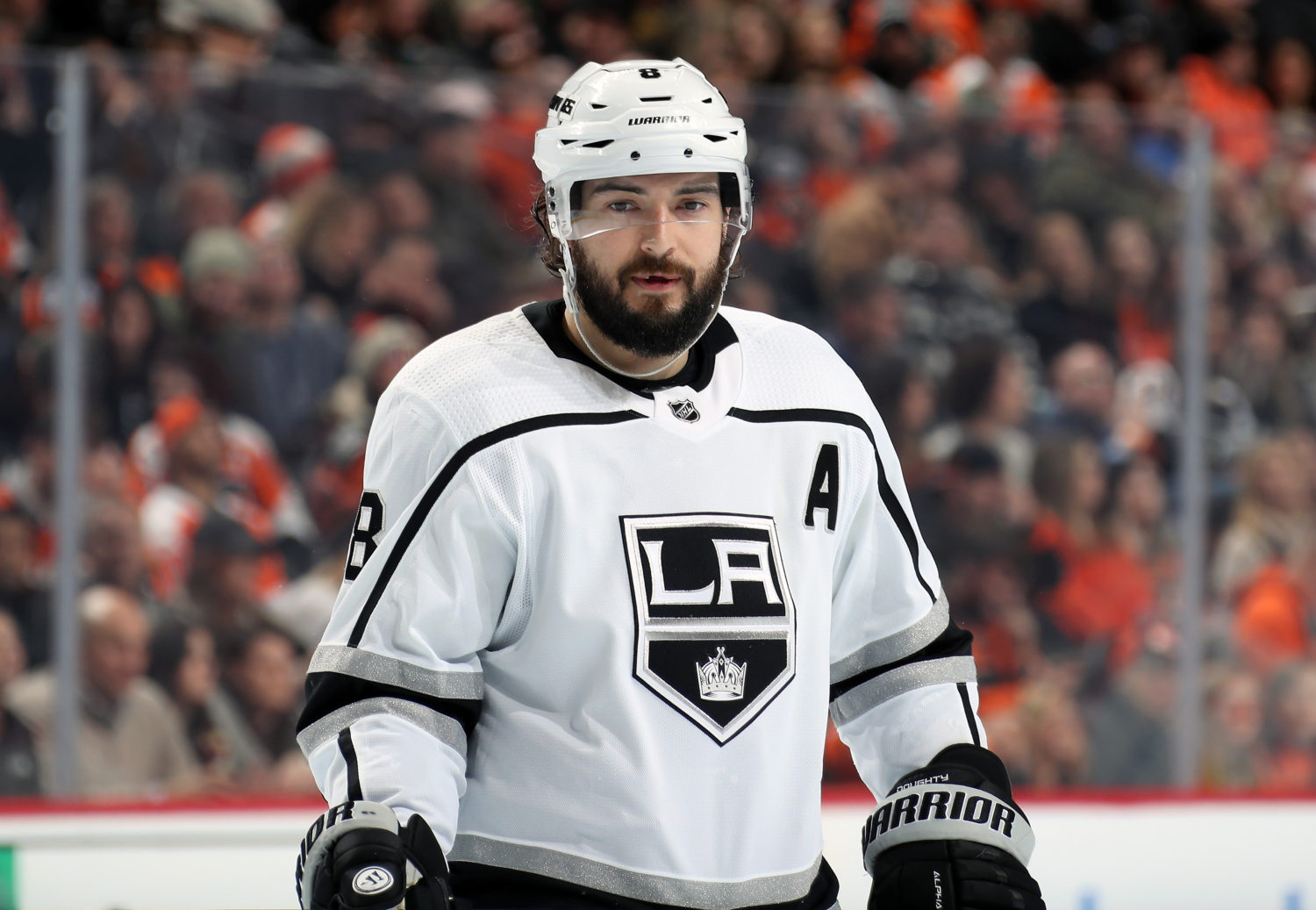 INSIDERS. Game night. LA Kings-Coyotes (FOX Sports West / FOX Sports GO / LA Kings Audio Network) starts with a 6:00 p.m. PT LA Kings Live pre-game show in which Patrick and I will share some of our Kobe Bryant memories and what he’s meant to us as sports fans, commentators and as dads.

— No morning skate today. Todd shared one lineup change, noting that Derek Forbort would enter in for Kurtis MacDermid. I can’t divulge whether it was influenced by his toe-drag and shot on goal or chip-pass to Austin Wagner against Tampa Bay – which is not to invalidate his penalty, however borderline, that led to a sequence resulting in Steven Stamkos’ first goal – but he’s continued to trend in the right direction this season. “We feel very comfortable playing him on any given night. I’m not sure we felt that way at the beginning of the year, but he’s earned our trust and his teammates’ trust. Over and above the penalty last night which happens every now and then he’d been a really solid player for us and we need him to keep improving and not give anything better. I don’t worry one bit about him.”

No word on whether there will be a goaltending change. McLellan didn’t mention one, and Jack Campbell was among the few to take the ice at Gila River Arena. I shared on Twitter that I expected Campbell, but that was simply because it was a back-to-back situation against another playoff team in which they (well, both teams) lost an hour in travel. Wait for warm-ups.

— Arizona will start Adin Hill, who plays deep in net at a lanky 6-foot-6 and formerly wore dark maroon-and-black pads. No, he’s not Mike Smith’s identical twin. He’s actually only 23 and is 2-0-0 in his career against Los Angeles with a 1.92 goals-against average and a .936 save percentage. Brad Richardson (lower-body), Barret Hayton (upper-body) and Darcy Kuemper (lower-body) are on I.R. Antti Raanta backs up. The Coyotes, tied for fourth in the league with a .916 save percentage, are 2-5-2 on the second half of back-to-back sets, losing six straight (0-5-1). They’re 1-5-1 in their last seven overall, having lost three straight in regulation, but retain the Western Conference’s second Wild Card spot.

— Drew Doughty (undisclosed) didn’t travel and is “at home taking care of himself,” per Todd McLellan. Saturday remains the target. “Indications are this morning that he’s feeling even better than he was yesterday, which is a great sign. Should be on the ice and we’re hoping that he’s ready to play Saturday night against Anaheim.”

— McLellan also shared that he was “deeply concerned” about the 10 days off between games but was encouraged by the execution, speed, pace in the 4-2 loss to Tampa Bay and praised his team’s attention to positioning.

“The problem we’re going to have is trying to explain ourselves not necessarily to the locker room but to people that are watching us and fans. They’re going to go ‘this guy is an idiot.’ But our ability to work on things and then put it into play has been pretty good. And we did work on some things. We saw it improve against Tampa. They ate us alive in Tampa in entries, on rushes, finding the fourth man, poor gap and we improved immensely in that area. We worked a lot on it. It’s just putting all the pieces together on a consistent basis. It seemed like we just attack one area and then we’ve got to go fix something else. Usually you’re probably not good enough when that’s happening, but we’ve got to keep plugging away at it.”