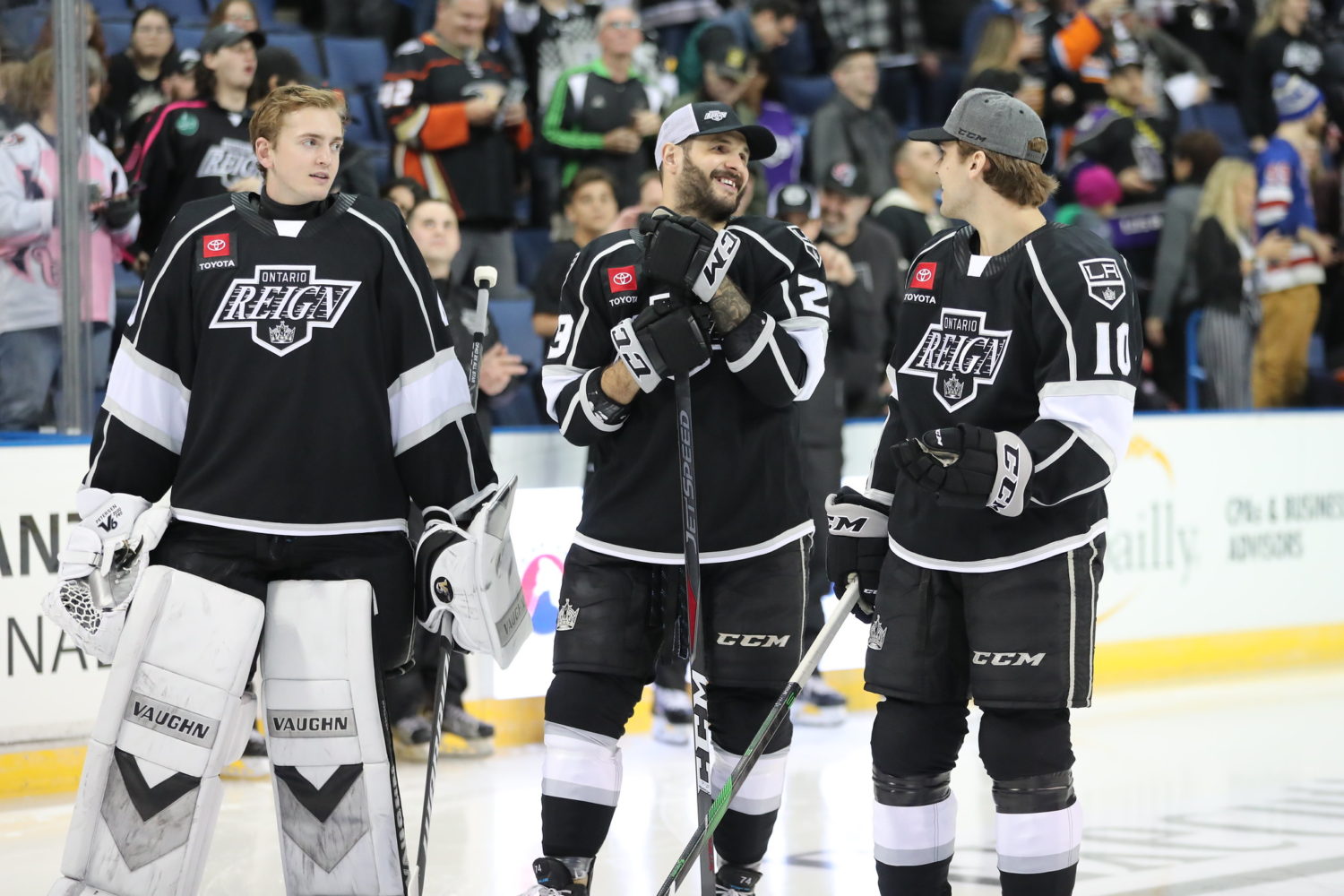 Ontario Reign forward Martin Frk broke the AHL’s Hardest Shot record, a mark that also beat the NHL record, in tonight’s Hardest Shot competition, as he ripped a 109.2 MPH slap shot on his second attempt, as the event’s final shooter.

After he hit 104.0 on his first bid, which already earned him the victory, Frk unloaded on attempt number two, shattering the prior record of 105.5, set during by then Kings prospect Colin Miller at the 2015 AHL All-Star Classic in Utica. The NHL record is held by Boston defenseman Zdeno Chara, who reached 108.8 in 2012.

Frk’s All-Star teammate Kale Clague said on the Reigny Day Podcast last week that Frk would hit “at least 105” in the event, and boy did he deliver. Cal Petersen, the Reign’s third All-Star, noted that he faces Frk’s shot in practice every day and wasn’t the least bit surprised by his teammate’s blast.

“I knew he had it in him, I was just hoping his stick held up for him,” Petersen said. “I mean, that’s something I see every single day in practice, so I’m glad he’s getting the recognition that he deserves for how hard of a shot he actually has.”

Hear from the man himself, Martin Frk, from post-event media availability.