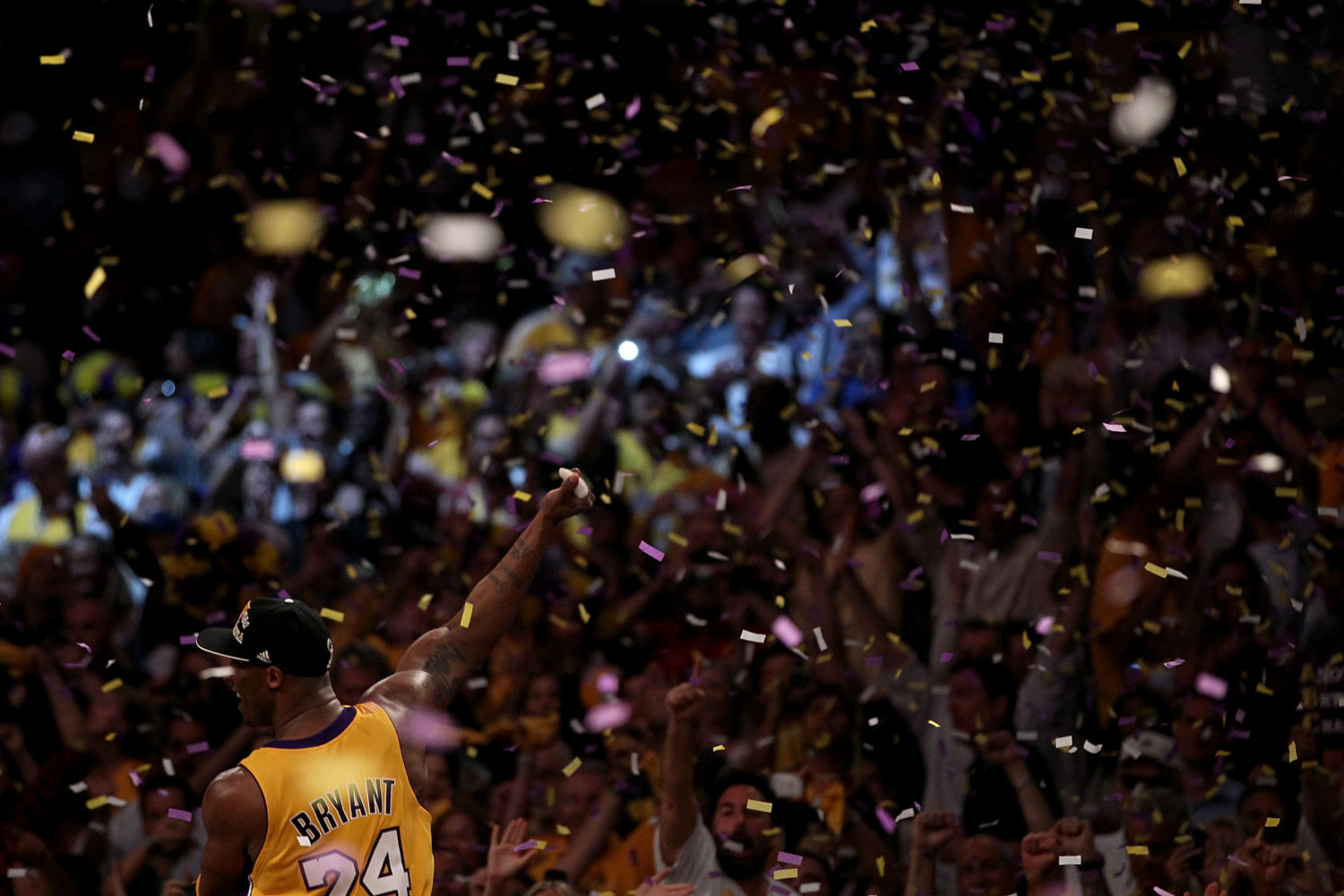 Nine hours after I sat down to transcribe some recent quotes and share photos and videos from the All-Star Game, I’m still having a hard time writing and focusing and coming to grips with January 26, 2020 being the day Kobe Bryant’s journey ended. It’s tragic to think that it also ended for his 13-year-old daughter, Gianna, and seven others whose lives were cut short. For Lakers fans and LA sports fans, this is John Lennon. There was a point today where the news was so stunning and immediate that it was yet to resonate. The magnitude was understood but was yet to be experienced. Seeing the KOBE4EVER sign on a car dealership’s matrix board shortly after I left the rink was when it really first hit me.

I only had a few minutes of Darryl Sutter’s time between Alec Martinez’s Cup-clinching goal and the start of training camp, but when I did, at a championship party a few days after he’d won his second title, I told him that it was beautiful to watch the Kings develop a personality similar to teams like the Lakers and Spurs. The Kings wrote their own incredible scripts, formed their own identity. There were also a few Lamborghinis in all of these teams’ garages, to borrow a term I believe I’d heard from Charles Barkley. But they were also well-coached, structurally airtight, defensively brilliant teams that developed a confidence and reinvigorated a culture that allowed them to beat any team in any building. They wouldn’t disrespect opponents or throw up three-pointers up 17 in the fourth quarter, they’d just beat them, move on, and when came the time that there were no more games to win, they either celebrated or left knowing they should have won. Nothing came easy against those teams.

The Lakers celebrated a lot. They had, as part of their backbone, one of the most fluid basketball artist/contortionists but also a laser-focused, Philadelphia-born, punch-you-in-the-mouth defender who, like Shaq, was awfully difficult to account for in one game, let alone seven. There was a mental strain as much as a physical strain the longer a playoff series went, and that should sound familiar. With Kobe, the Lakers were 9-2 in six-game series and 6-1 in series that came down to a winner-take-all game.

Those Kings were obviously a much more anonymous and blue-collar group with a disproportionally spottier history – again, despite a few Lamborghinis of their own – than the L.A. franchise whose worldwide brand commands attention comparable to the top clubs in La Liga. But Kobe, like Anze Kopitar and Dustin Brown, was both a captain and his team’s best defensive player, and as illustrated in so many condolences exchanged today, a loving and proud father riding a predictably seamless and accomplished transition away from his playing career.

I don’t want to keep writing this. It’s too sad. I liked Bill Plaschke’s column.

Kobe was your childhood hero. He was your adult icon. For 20 years he was on posters in your bedroom, on the television in your living room, in the lunch talk in your school cafeteria, in the smack talk at your office water cooler, and ultimately riding on a truck down Figueroa Street while you cheered and bragged and bathed in his greatness.

You watched him grow up, and this city’s relentless approach to sports grew with him, and soon, even with all of his off-court failings, many people felt they carried a little piece of him.

On your best days, the days you landed a big account or aced a big test or just survived a battle with traffic, you felt like Kobe. You were Kobe. And in the end, as he retired into a life of movies and books and coaching Gianna’s basketball team, he was us. 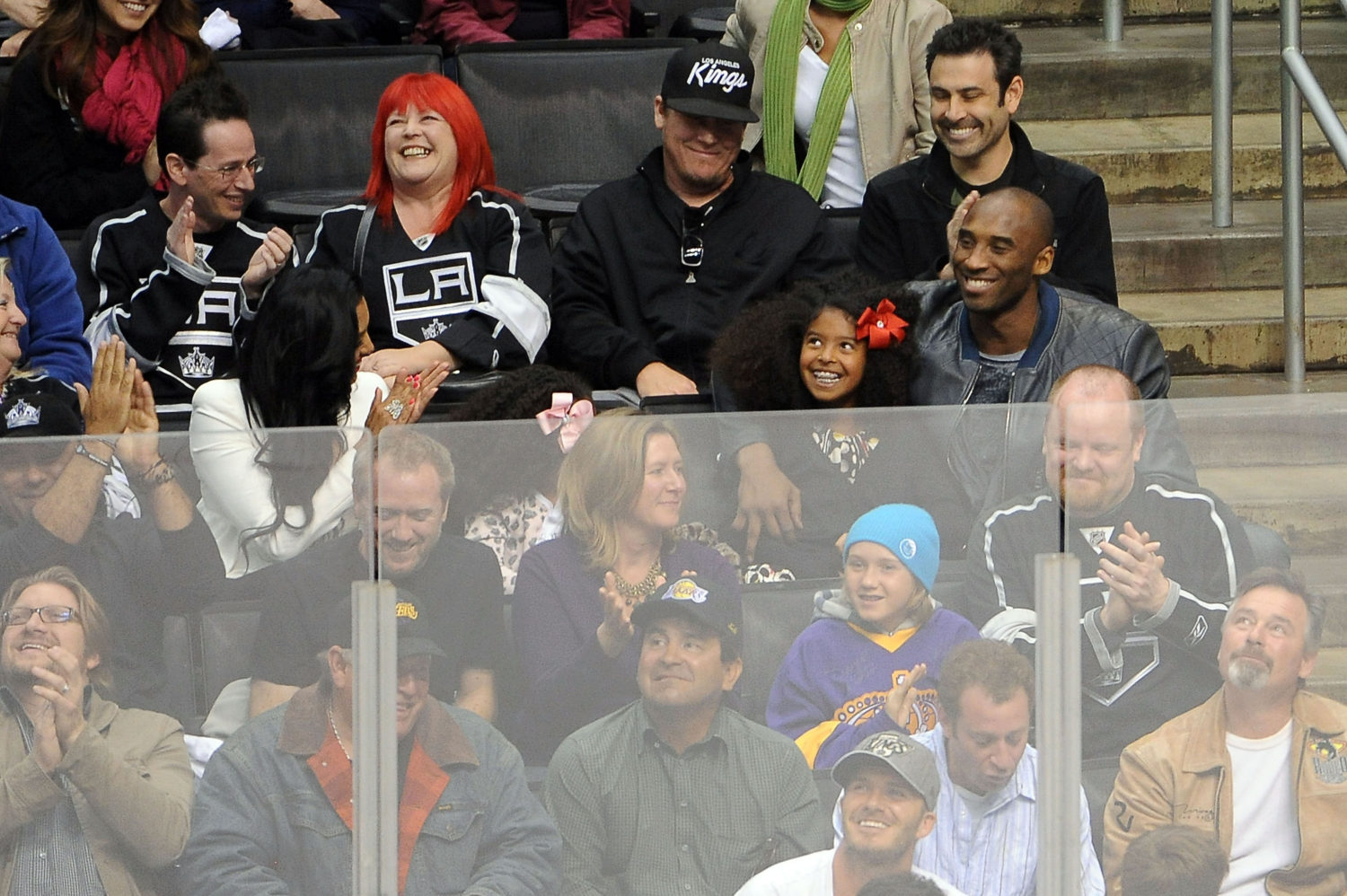 — First, the absentees. It was a travel day for Anze Kopitar and family, so he didn’t skate. Nor did Blake Lizotte or Matt Luff, whose recall was announced after practice. Both had a hand in Ontario’s 3-1 win at San Jose on Saturday and received the day off after arriving back in the South Bay in the wee hours in the morning.

“[On Monday] Kopi will be here, Lizotte will be back, so we should be able to get back to four lines and up and running,” McLellan said.

— McLellan referenced the practice as “a little bit of a mini-training camp,” though one in which he has to remain cognizant of “groins and hip flexors” and trying to “jolt the system without injuring anybody” after the week off.

“Tomorrow we’ll work on a couple other concepts and eventually get to some special teams stuff. It’s hard. That first day coming back is not an easy day for anybody. No matter what you do in the break, it’s hard.”

“Everybody should feel refreshed. They should feel tired after practice. There’s nobody in our organization that should feel worn out right now or physically or mentally strained due to schedule or practices or games or anything. We’re recharged. We should be ready.”

— An interesting conversation on the remaining 32 games followed. The Kings’ goals are not as viably concrete as “qualify for the playoffs.” So what exactly are the goals?

“We want to maintain standards or push the standards so they’re even better, and that’s both on and off the ice,” McLellan said. “We want to continue to work on our structure. We want to build on pace and we want to control our attitudes. Those are the four things we talked about today, and we’ll evaluate on a daily basis based on those four things.”

A discussion about age and experience and attitude followed, but I wanted to know a bit more about how McLellan will look to foster the same type of commitment and focus given that the previous season’s lowest points – and there were a few – seemed clustered around the trade deadline. There’s little sense in using 2018-19 as any sort of reference, but last year’s group had a difficult time around the deadline when a number of players were faced with the reality for the first time in their careers that the team was out of contention and intended to jettison players rather than add them.

“We met today, and we talked about those four pillars that we have going forward, and we’re going to evaluate,” McLellan said. “We talked about the lineup, the roster, who’s in and who’s out. They dictate it. We know we’re going to have 20 players every night, and Brownie has like 1,130-something games and JAD was with us and played eight or something like that. It doesn’t matter who wears the uniform as long as we get the effort and everybody is responsible for their performance, their attitude, and we’re not prepared to let it go there. And if it does, we’ve got to reel guys in. My experience around this group is it’s proud. It’s very proud, and they’re trying very hard to hold onto that pride. … Last year they were trying to regain it and hold on to it to an individual in there, and as long as they keep doing that and trying to get better, we have no complaints.”

Todd McLellan, on whether less experienced players are more manageable in a losing season than older players because they’re more invested in growing their careers:
I agree with your assessment only to a point because when you said the younger guys are investing in their careers, I think the older guys really need to invest in their careers. You let it go a little bit right now and it’s hard to get it back. My brother’s here, we were talking about losing weight after 40. It’s damn hard, eh? It’s damn hard. It gets harder as you get older. We all know that – Jonny doesn’t – but we all know that. And the difference between attitude and frustration is significant. You’re allowed to get frustrated sometimes. You pick and choose how you want to behave every day no matter how old or how young you are, so choose right, come to the rink, let’s get better and move on.

McLellan, on how difficult the trade deadline is for players:
It’s hard. It’s hard for just about everybody involved – young, old, management, coaching staff. There’s rumors out there. But the one thing that I’ve learnt is the game really owes you nothing. The human element exists in it – there’s families, there’s emotions, there’s all that type of stuff. But the game goes on. It just goes on. I learnt it the hard way last year. You get fired and no one stops the league and says, ‘hey, we can’t play anymore.’ It goes on, and whether you’re young or old, once you get to this level, you get it. You better get it. You better know what’s going on, and really nobody feels sorry for you. So, if you can deal with that and slide those rumors to the side and just come and play and just come and play and takes what comes your way, you’re better for it. 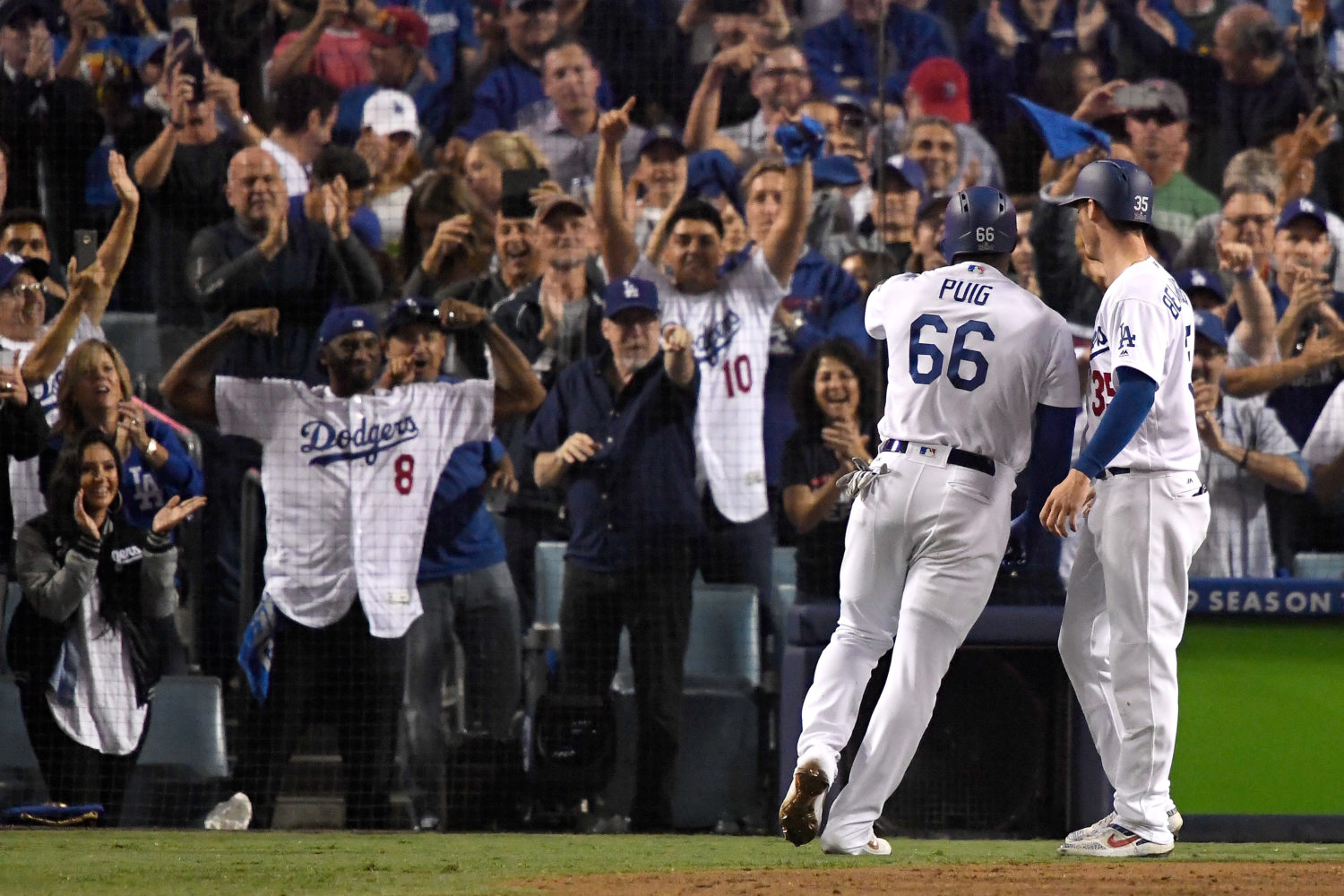