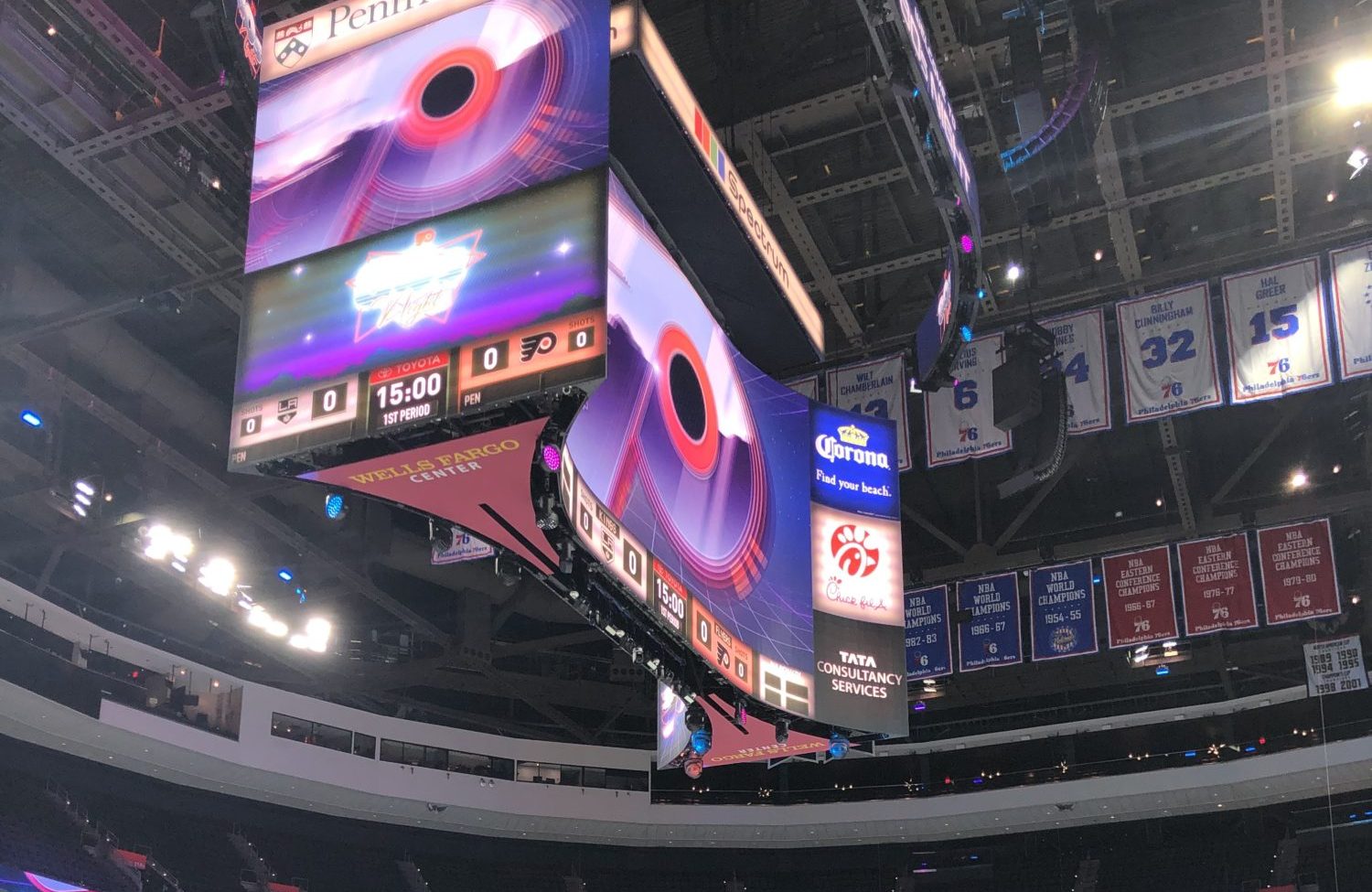 A wintry mix welcomed the LA Kings to the Wells Fargo Center on Saturday evening, providing Todd McLellan the weather he’d hoped for after five busy days down south culminated with Thursday’s poor effort in Florida. “See if we can get the game, too. But the weather cooperated.”

One final outing before the extended break awaits. The LA Kings may make some lineup changes for tonight’s game in Philadelphia (4:00 p.m. PT / FOX Sports West / FOX Sports GO / LA Kings Audio Network). “We’re looking. We’ve got a couple health questions that we won’t know until after warm-up, so there’s a chance we could make some, yeah,” he said.

Speaking with reporters two hours before puck drop, McLellan went into great detail on the team’s play leading up to the bye week, their ability to add pace and tempo to their game, and whether this team is on track with where he thought they’d be before the season. There’s good stuff here, Insiders.

Todd McLellan, on how the team has fared against a string of up-tempo teams:
Not a lot of slow teams in the National Hockey League anymore, so every night’s a test. Pace and speed come in different forms, whether it’s teams playing long and stretching you out or just quick, flat out speed. You think of Connor McDavid or you think of long passes, they’re completely different, so every night’s a different challenge for us. This team does play fast here in Philly. They play a long game, they’re here to stretch, but their D can be active, so that’s from the defensive side. We’re going to have to be aware of that. Offensively, can we get a little more into our pace in our play in those areas? And that’s not just end-to-end rushes. It very seldom is. But can we be quicker, give-go? Quicker to loose pucks, quicker to pull the trigger when we need to? That’s part of pace and quickness in the game too, so we’ll get tested in that area tonight, as well.

McLellan, on whether Derek Forbort is progressing after returning from injury:
I’m going to answer this a strange way. The break is really good for about 99.9% of the people in the league, and one of them is not Derek Forbort. He’s just starting to come and starting to feel good. The tools are the same – his hands and mind and stuff. It’s just the pace at which things are happening and the decision process. You can see where he’s been a really effective player in the league in defending and penalty killing and shot blocking. It’s just getting comfortable doing it and trying to get his minutes up a little bit more, but that just comes with more time. I think one of the hardest things to do is a player – and I’ve had to do it when I played – is being injured at the beginning of the year and then joining the group Christmas, after Christmas. It’s different if you’ve at least played a month. You’ve experienced it, you’ve felt it a little bit. But just coming in after nothing is a hard, hard thing to do.

McLellan, on what he’s learned from being around Drew Doughty this year:
I don’t know if we learned a lot that we didn’t know. Being in San Jose and Edmonton and that close to this Kings team for so many years, you get to know them quite well from the opposition perspective, and enough players associate with each other and know his character and stuff like that. So, he just confirmed everything, and he’s a tremendous player. He’s a really good defender. We probably didn’t give him enough credit for his ability to defend. Very proud guy. He wears his numbers, whether it’s plus-minus or goals or assists, wins and losses more importantly, on his sleeve. Maybe we didn’t know that as much. But it stings him if things aren’t where he wants them to be, starting with the team and then certainly him working down to him as an individual. He doesn’t view it the other way around. But that’s part of being a champ and he’s been a winner everywhere he’s been, and now he’s being a winner in a different form here. He’s got to lead, he’s got to lead through example, through his play, through his words, through his actions both on and off the ice to get this team back to the championship caliber it needs to be. If he can do that, and when he does do that, it’ll leave a pretty good legacy for his career, but he’s got a big job in front of him.

McLellan, on where the team is at in relation to where he’d hoped it would be at midseason:
It’s hard question to answer because there are so many ways of looking at it. You can look at the standings and go, ‘[—-], we didn’t want to be in 28th or 29th. Nobody wants to be there. But then we look at the team and the way they’re playing, and for the most part, we think that we’ve moved the needle forward. We think we’ve increased the pace of play, we believe that we have better structure, we know that our goaltending and our goals-against has gotten better as the year has gotten better as the year has gone on. From Christmas on, our special teams have been outstanding, in the top-10 in the league. We’re starting to get buy-in from everybody when it comes to systematic play. We still make mistakes. We still struggle to score goals. Where one team might need five chances, this team might need five and a half or six chances to put it in. We’re not that far off, but we struggled a little in that area. But the important thing, and the most important thing, I believe, is we know where we’re at and where we are on the road and where we’re going and what we need to do to get there, and that’s a good thing to know this time of year.

McLellan, on one last pre-break game, and whether the team flushed out a poor effort in Florida:
Well, we haven’t played that last game. I’m going to see you in about three hours and I’m sure you’re going to talk about that, so let’s hope we’re talking about the right side of the stick. There can be distractions at this time of the year, and we’ve just gone through 10 days of it. Hell, who starts a road trip in Vegas and goes to Florida and brings the dads along and has a rookie party on it? Like, we’ve had just about every distraction you could possibly think of on this trip, why not finish it with a break? It was clearly addressed with the players over the last couple days about expectations. And that doesn’t mean we’re going to be the NHL champs tonight and run over a real good team that plays excellent at home, but I expect our play to be much better, much more detailed than it was in Florida.

McLellan, on what “specifics” he’d like to see the team address:
Specifics. You used the word. The game is played, but there are unique tendencies that teams bring to the table. Each team will have something that we have to be aware of, and our job is to give the players just enough information so that they know what might be coming and then they have to react to it. And if they’re negligent in taking the information and applying it, that’s what we need to fix over the last couple days. Because we didn’t have that in the first period in Florida. We predicted a lot of things that were going to happen, and there were a lot of heads nodding yes in the meeting, and then when it came time to play, there were a lot of ‘no’ heads. That needs to be fixed, and again, just worry about our game. Get it going again.

On the bus, @wellsfargocenter bound.