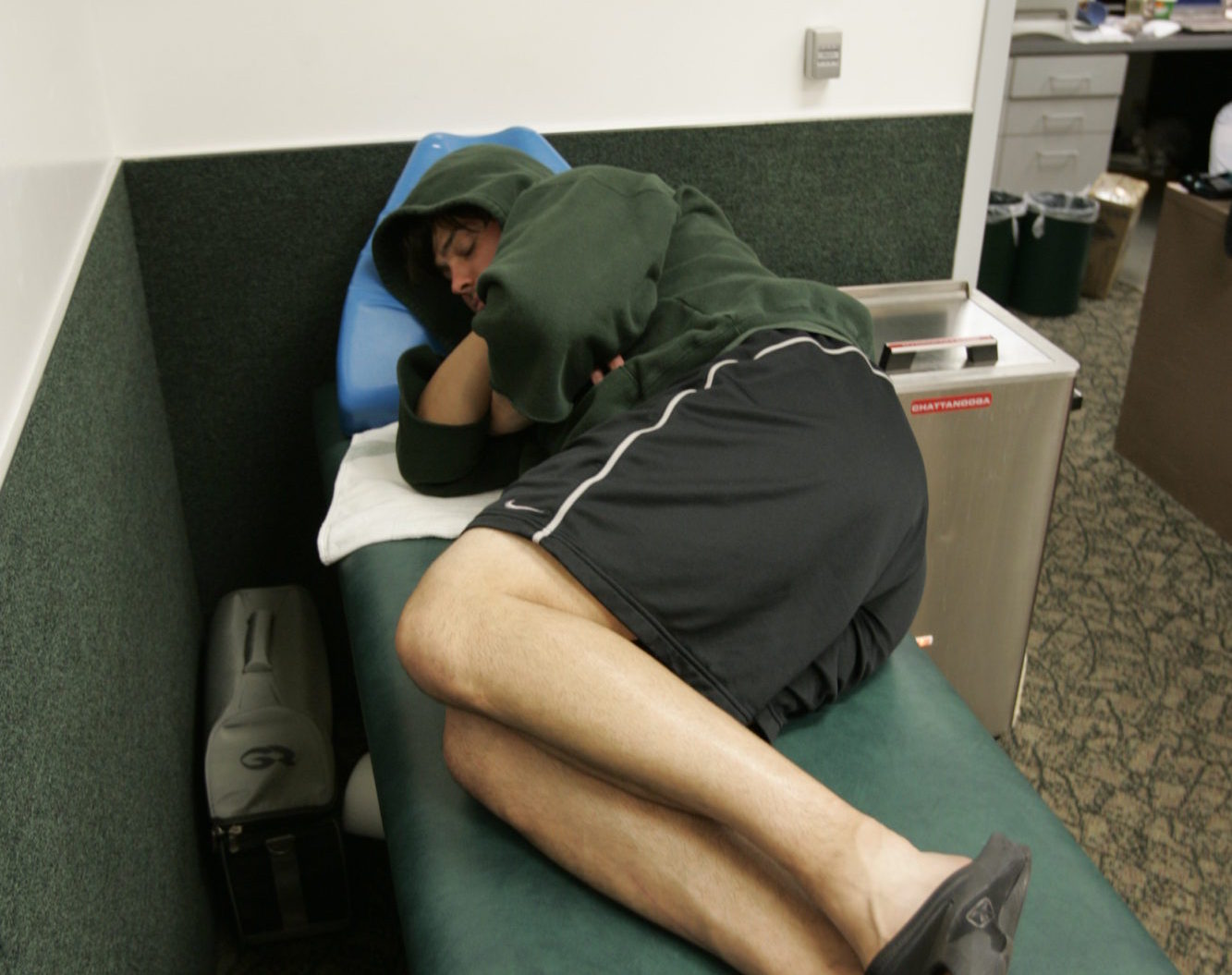 It’s still flu season across the National Hockey League, and the LA Kings, like every other team, have dealt with runny noses, mercurial energy levels and the reinforcement of taking advantage of down time. The Kings, you will not be shocked to learn, get sick and go to work, just like you.

But the Kings also spend more time awake in cold rinks and on buses and airplanes than the typical North American worker, and with such close proximity to others who may be sick and whom eat and sleep at irregular hours and handle stress and exertion, it’s very easy to get run down.

The most extreme example takes place at the junior hockey level, where overnight bus trips can be commonplace. In the Western Hockey League, there are regular delays and bursts of cold air throughout the bus while drivers chain up in advance of crossing the Cascade and Rocky Mountains. When such a perfect storm of variables align, you encounter a situation like a particularly knocked-out Seattle Thunderbirds team did in November, 2009. An in-house update from the road at the time sounded like an ominous message from a 1840’s frontier outpost:

The Thunderbirds are starting to lose players to the flu. Two players, Charles Wells and Scott Ramsay, were left behind in Red Deer last night and did not make the trip to Edmonton. Then, early in the game, Steve Chaffin was felled by the bug. He left the contest and was driven back to the hotel in Red Deer by general manager Russ Farwell. After the game four other players complained of flu like symptoms. Even one member of the staff wasn’t feeling well.

Team trainer Phil Varney and the coaching staff have been doing what they can to minimize the damage by putting ill players in rooms together and keeping them away from the healthy part of the team but you get the feeling they are fighting a losing battle. There was talk of disinfecting the bus before the ride today down to Medicine Hat but the damage may have already been done. It’s tough to stop the spread of the flu when you’re traveling in the small confines of the bus for nine days. There is the possibility that more players might become ill. They are just hoping some of those already sick recover before the three games this weekend. Initially it appears to be the seasonal flu and not the H1N1 strain (swine flu) but the situation is being monitored.

They managed a win in Lethbridge even though they’d “scratched six players with the flu and had several players experience flu-like symptoms during the game,” but were without seven players the following night in Medicine Hat and lost 11-2 while surrendering three hat tricks. It was not an easy trip.

“They’re not used to the weather, either, coming from Seattle where it’s raining every day to Regina, where it can be minus-35 degrees Celsius,” Austin Wagner said. “You don’t know what hit you when you get there, and all of a sudden you don’t know how to take care of yourself. Sometimes the guys didn’t dress right, I don’t think. It’s just the way it is. You just battle through it. I think just staying on top of it, when you start playing more games and coming through junior, even the college guys [who were used to a shorter schedule], you learn how to take care of yourself, which is staying hydrated, washing your hands, obviously the sanitary stuff, and then the vitamins are key. Your trainers are usually your best bet. If you’re feeling something, they help you.”

Any team at any level can relate. Dustin Brown missed four games with pneumonia, played through lingering symptoms, and then dealt with another head cold early on the current trip. “I feel the last game or two is the first time I’ve felt normal since probably the beginning of December,” he said.

Alex Faust was blowing his nose so much in Columbus that he gave himself a nosebleed. And while Todd McLellan understands how to base his pitch and direction off the room’s energy, it’s important that regular and consistent performances under grueling conditions are the norm, not the praiseworthy exception.

“The jockey that rides the horse has to know the horse, and you can’t keep whipping it when he doesn’t have any energy because he’s going to buck you off at some point, so we have to read the energy level of our team,” McLellan said last Sunday in Tampa. “We just played five games in eight days, I believe, which is a big load for us. … As far as rest, illness, fatigue, both mental and physical, everybody’s at a different pace. So, the classroom needs more, others need less. But the whole team game when we’re out there for short periods better be getting better while we’re all together.”

Of course, dealing with colds and flus is one thing; while in Philadelphia it’s very important to recognize Oskar Lindblom, who last month was diagnosed with Ewing’s sarcoma. Click here for information on OscarStrong t-shirts, which benefit the NHLs Hockey Fights Cancer initiative. 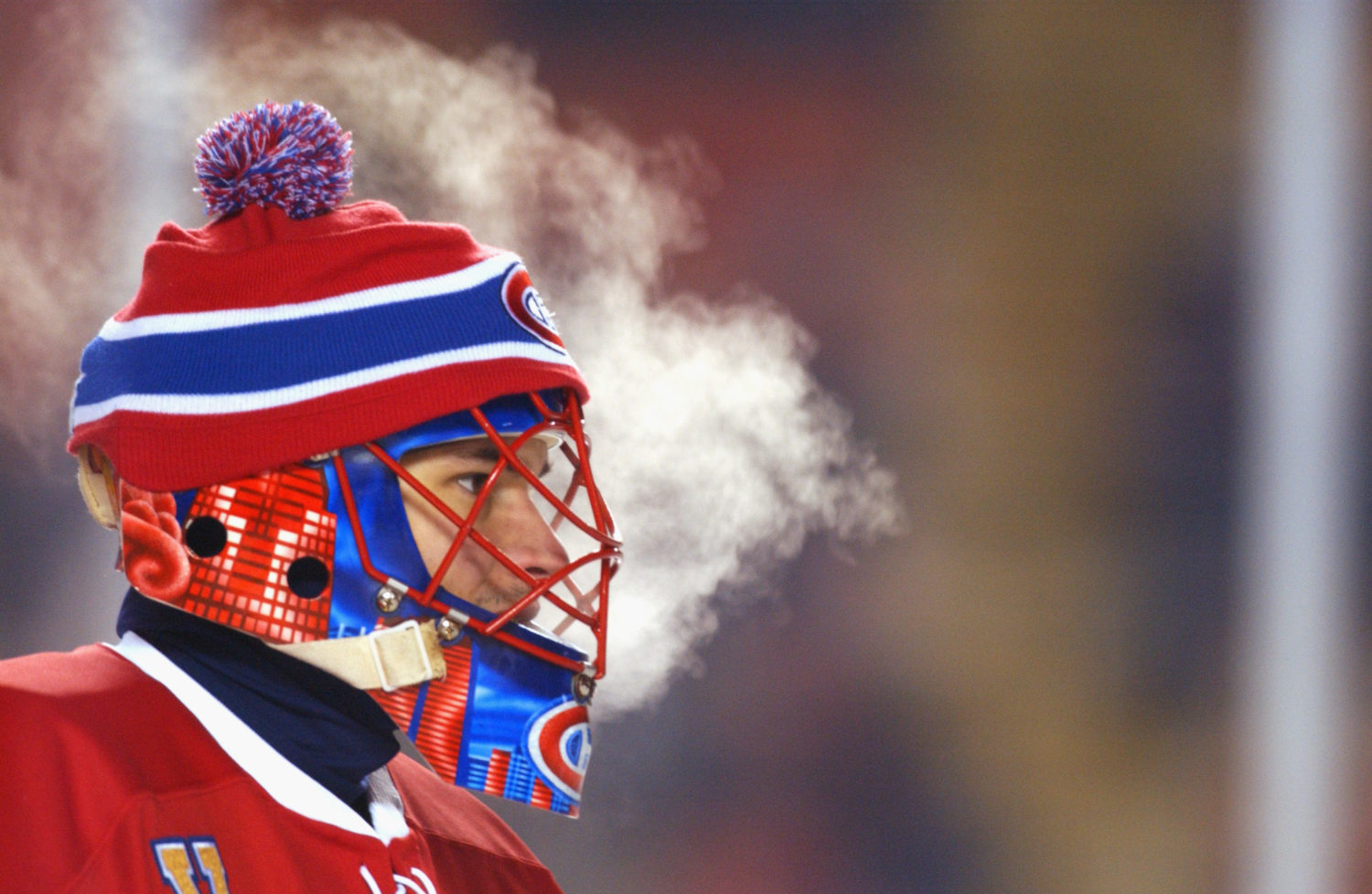 Alex Faust, on how many games a season he’ll be sick for, and how it affects preparation:
I’ll get sick once or twice a season, so one or two games. It was particularly bad in Columbus this year. I had one of the worst colds I’ve had in years. I was blowing my nose so much I actually started having a nosebleed on the air, which wasn’t great. So, in every TV timeout I was holding my head back and trying to end it. Usually I don’t try to drink excess liquids. It’s the old Vin Scully trick – don’t drink anything. But for those games, I’ll keep either hot water or tea with honey nearby just to keep the throat going, because I’ve lost my voice on occasion back in the AHL. I had a couple games where I just had nothing. In terms of preparation, the lead-up isn’t all that different, but I’m not going to try to put in a hard workout the day of a game. I’ll stay in my room the whole time, I’ll rest up, I’ll try to be on a soup diet for the most part. But otherwise it’s just ‘don’t try to overexert yourself,’ either in the lead-up or on air. 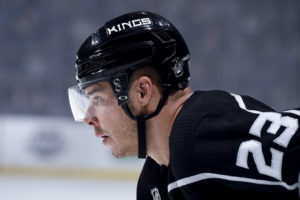 Dustin Brown, on getting sick in December and his recovery:
I had the flu, and then I developed a pneumonia. I was in the hospital for 30 hours. Quite honestly, as soon as I got out of the hospital, they told me literally, ‘here’s your medicine, eat as much as you can,’ but I’m just barely getting my appetite back now. Essentially, it was just rest, rest, rest, and then I started skating. I felt really good wind wise and leg-wise. I felt good on the ice – my first game felt really good. But then the accumulative workload, it caught up with me through the middle of this trip, maybe, and then I kind of got through it. Now it’s just getting my energy back up. Like I said, I thought I was able to get to more pucks the last couple games. Pucks that I would normally get. And then it’s a two-fold thing where you’re not feeling great, you’re not getting to pucks, and you get frustrated as a player because you’re not capable of doing what you want to do or what you’re used to being able to do, and it can zap your energy a little more, so it’s just trying to be aware of that.

Brown, on whether it’s good to have a hard skate or workout while sick to sweat toxins out:
It’s different, depending on what you had. I mean, if you’re vomiting or puking and [—-]-ing, you’re not playing. You can’t. If you get the flu, depending on personality – just the person, quite honestly. I tend to play sick, most guys tend to play sick, and it’s just very little energy. I found the worst game before the break, the Buffalo game was really hard for me, and I played like 20-something minutes, but it was like simple, short shifts. You manage your game a little bit in a different way.

Brown, on moving past the lapses of the Florida game:
I think we’ve been a pretty well-prepared team all year, and the last game we made a lot of mental errors which I think points to a lack of preparation, and that’s a good lesson for this team to learn. It’s a lesson we’ve had to learn 10 years ago before becoming a good team.

Brown, on how he’d describe “lack of preparation”:
Details in the game plan, details in what we want to do against a specific team. I think we made very specific mistakes in the first period that were talked about. It’s part of learning how to play at this level individually and as a group because there’s a lot of individual mistakes, but a bunch of individual mistakes adds up to a collective group not being ready to play.

Brown, on whether there’s a “snowball effect” if there are lapses in preparation:
No, I’ve always kind of believed that it’s on the individual to prepare himself and be ready to play. I think when you have probably multiple mistakes from different individuals – it’s not like it was one guy who had a bad game. It wasn’t even ‘a bad game.’ … It wasn’t a lack of effort, it was mental errors that were numerous. Collectively, we’ve got to be more dialed in.

Brown, on Todd McLellan’s desire to “get out of the sunshine” and “get back to the cold weather”:
There are some players that haven’t played in warm weather, ever, when you really think about it. I’ve done the Florida trip 15 years, I understand what it is. It just feels like more of a hockey environment, obviously. The fathers trip’s a great trip. There’s a lot of extracurricular that you’re trying to incorporate. This kind of brings it back to reality for one game before we have another break. 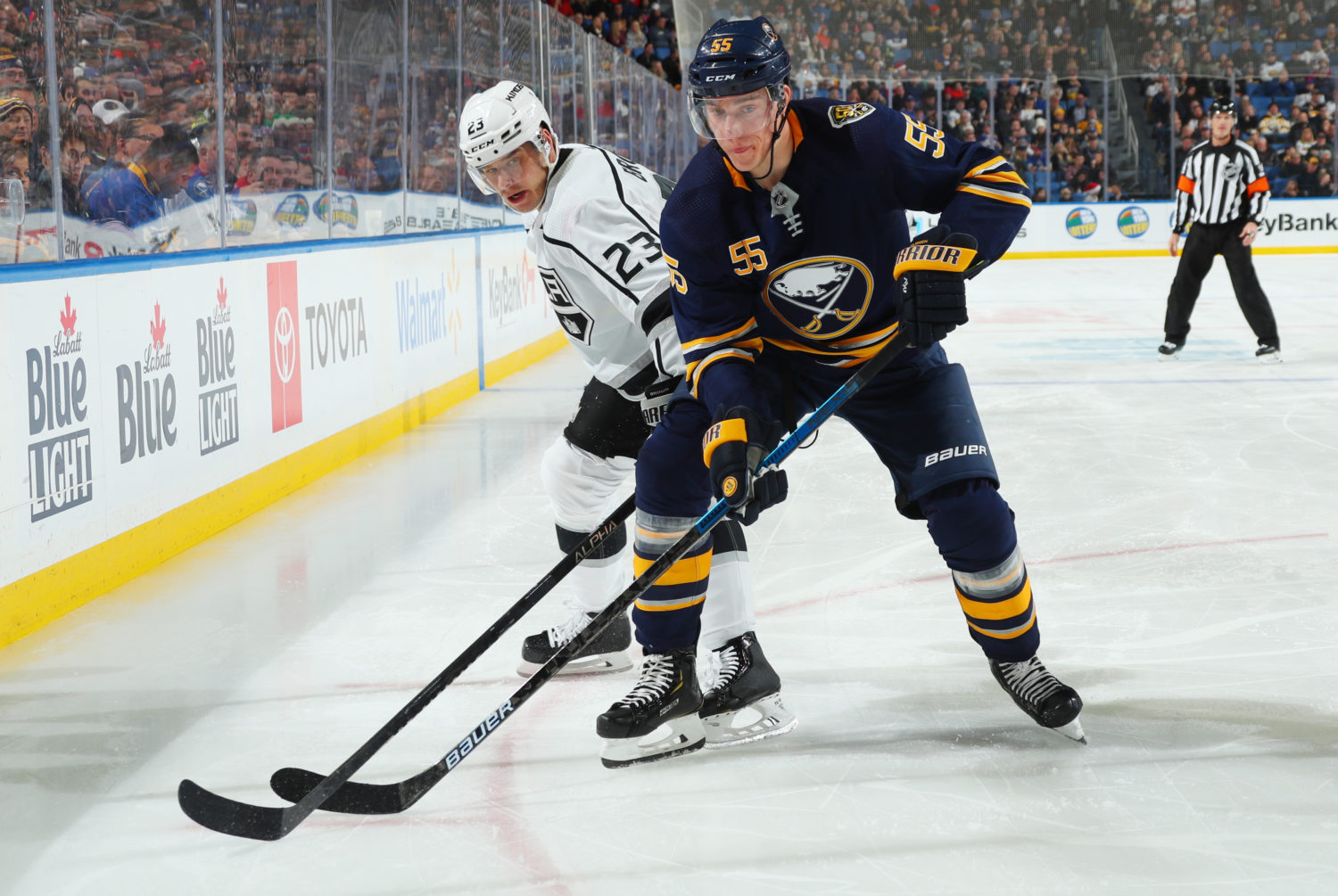