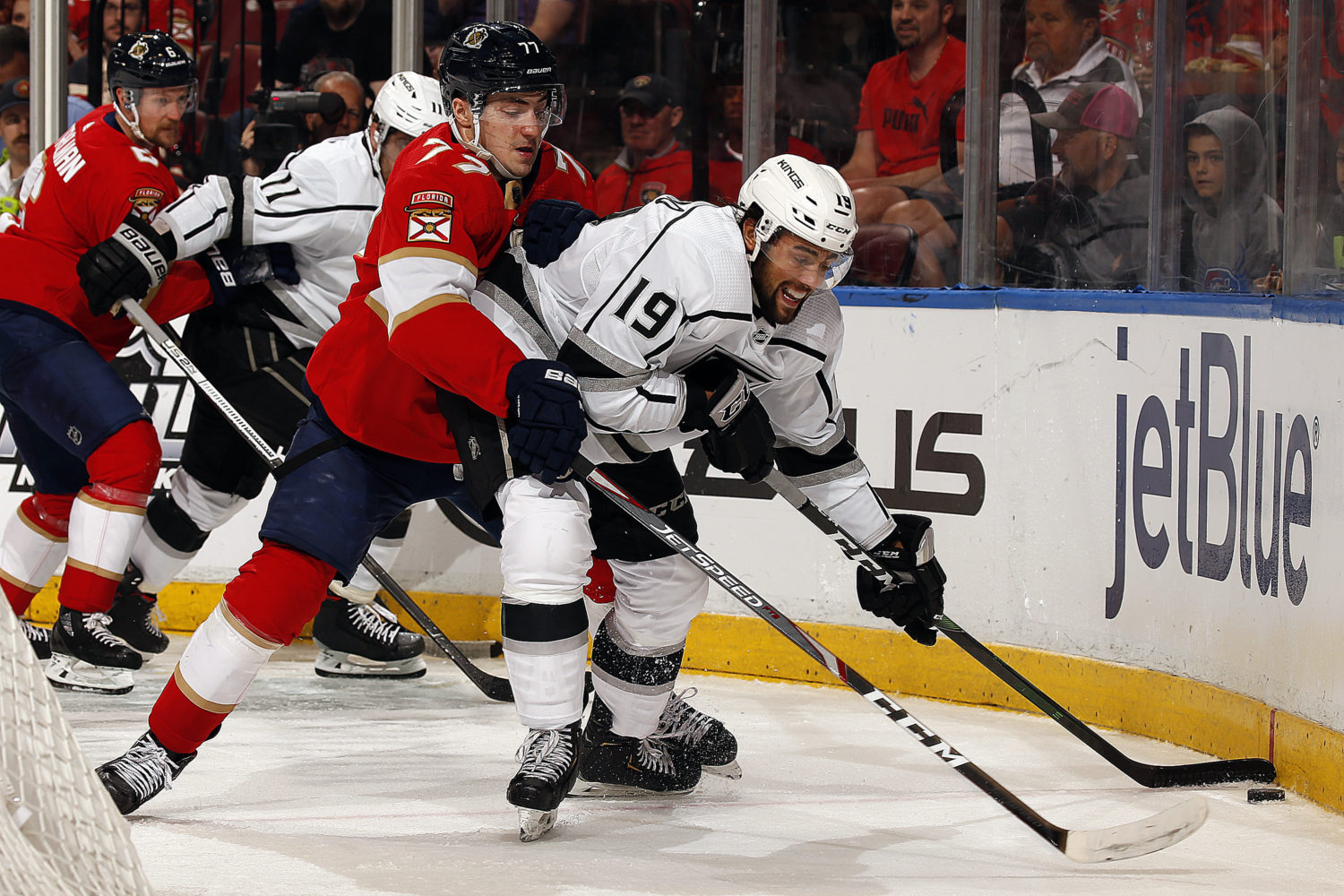 Todd McLellan, on whether his evaluation of the game evolved at all with the late comeback:
No. Not one bit. The comeback part is in our DNA, it’s been there for the whole year. It shouldn’t go anywhere, it should always be there. That part, I tip my hat to the guys, but everything else that went into the game, I’m really disappointed. The details that we had and the adjustments that we tried to make in the first period were nonexistent. It was like the guys weren’t even in the meeting, and that’s really important. You go to the first goal, we take a penalty a mile away from our net. Pull a stick out some guy’s hand that doesn’t even have the puck. The mistakes we made after that, disappointed. We haven’t shown that in a long time. Even the game in the Nashville, we were lethargic and didn’t play really well, but we tried to play with detail. Not in the first. Certainly not so much in the second. And in the third, the comeback DNA was there.

McLellan, on whether the team continued to handle speed well in even strength play:
Nope.

McLellan, on whether Eastern Conference teams still prioritize speed, skill and swarming the puck:
I think tonight was pretty evident, they did swarm, they held onto pucks in our zone, they made us make mistakes – and they’re a good team. They’ve done that to a lot of teams that have come through here lately. They’re expected to be there at the end. But that doesn’t give us any out, any excuse for our lack of preparedness and detail that we had tonight.

McLellan, on how the team can address the detail and reduce lapses:
Well, paying attention, for one. Understanding what the game plan is and trying to apply it. The coaching staff doesn’t mind, the organization, even teammates don’t mind when mistakes are made. We’re human beings and we’re giving everything we have most nights. But when there’s neglect to positional play or structure, for something as simple as a faceoff, when we just saw it three times in meeting? Unacceptable.

McLellan, on whether he can sense lack of detail at morning skates or via body language:
No, it’s been a really good road trip for the fun aspect, for fathers and stuff like that, and by no means do I use that as an excuse for our performance tonight. We’re professionals, we should be able to show up. Let’s get out of the sunshine, let’s get back to the cold weather, let’s have a good skate tomorrow and let’s play the way we can in Philly.