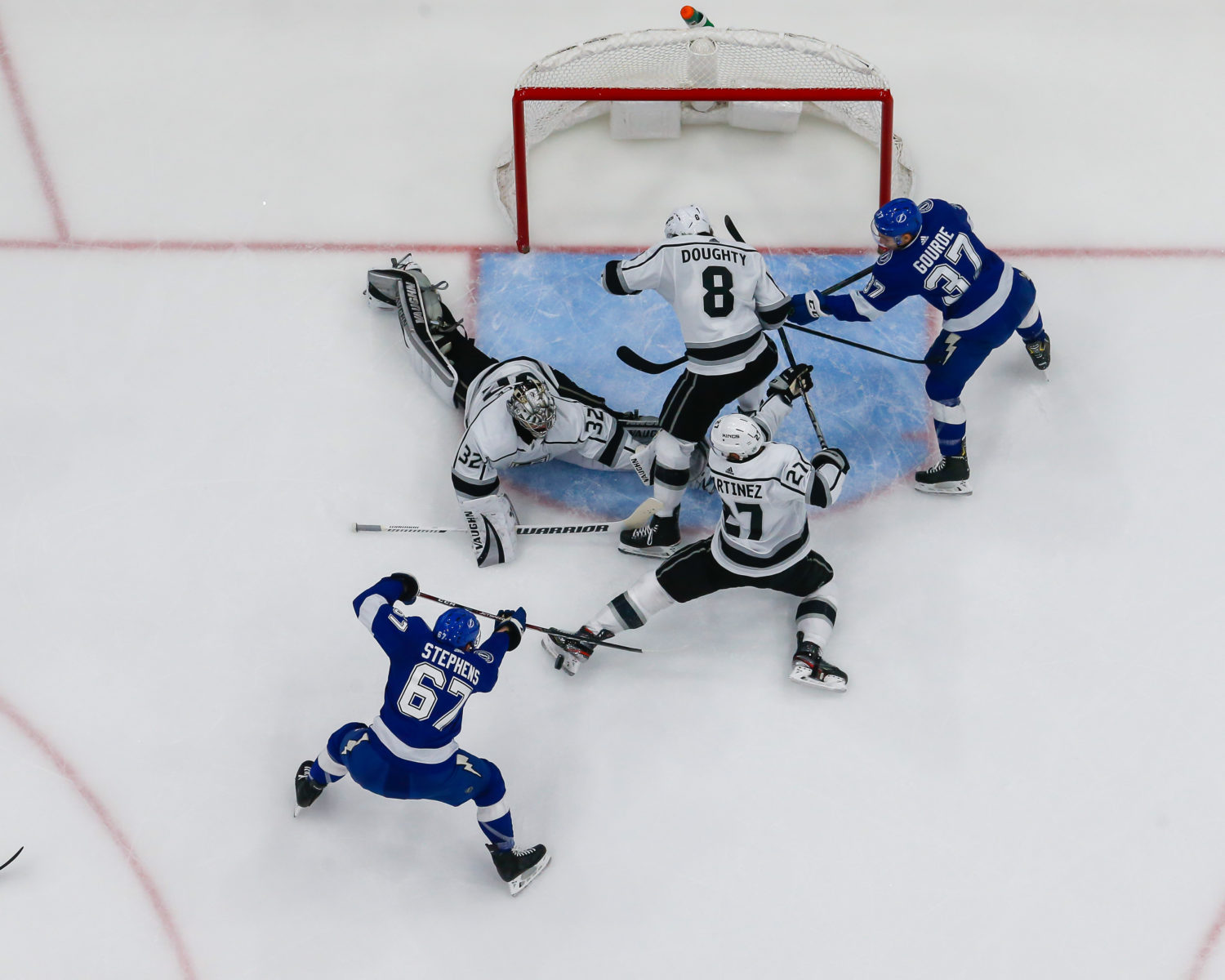 Todd McLellan, on the shootout loss:
They’re a very creative, quick attacking team. I think they got the best of us in some situations, but we fought back and worked our way into a lead. A big power play goal. I’m disappointed at the end that we couldn’t close it off. But a fairly good effort. I thought there were a few sluggish players today. When you play against that type of team, you need legs and you more than two or three lines going. We were a little bit short, so we’ve got to fix that going into Florida.

McLellan, on whether the “needle is moving forward”:
Yeah. When we talk about the game, being “this last 60 minutes,’ we’re a little disappointed. We think we can hold on and get the job done. When we talk about a month or two months’ work, is the needle going in the right direction? I believe it is. We’re going to have ebbs and flows, we’re going to have ups and downs, we’re going to play against some really good teams, which we are right now. You look at the combined home records of these teams we’re playing on this road trip, starting in Vegas, it’s pretty darn strong. And there was a time earlier in the year when we struggled, we couldn’t come close on the road. So, overall, big picture, macro, yes. Micro? I don’t know how much the needle moved tonight, but it is going in the right direction.