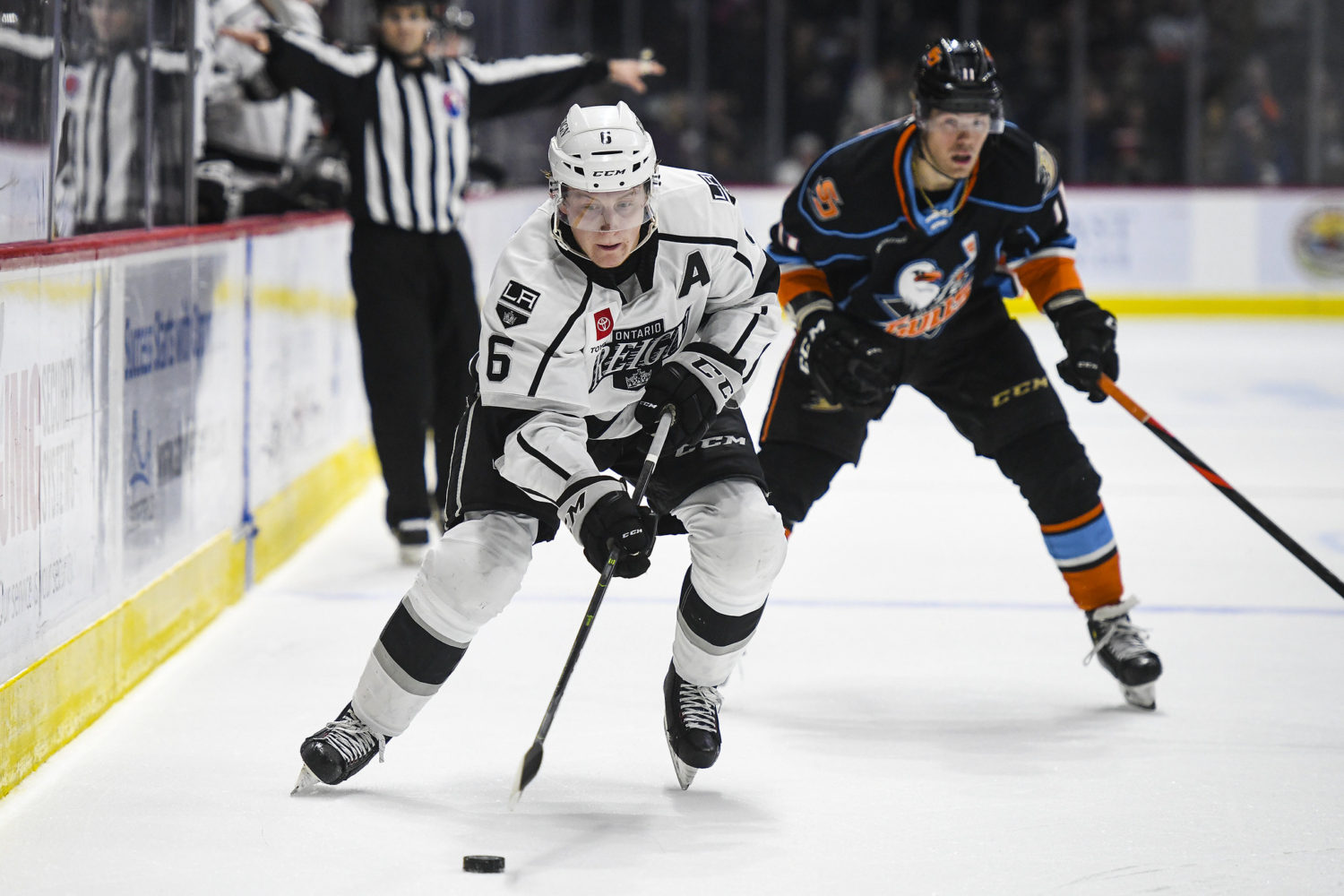 TONIGHT’S MATCHUP: The Ontario Reign are back in action to close out the week, as they visit San Diego to battle the Gulls. Ontario dropped its second consecutive game yesterday, a 5-3 defeat against the Bakersfield Condors.

WHAT TO WATCH FOR: The Ontario Reign held an optional, or partial, morning skate today and are expected to make one lineup change this evening, with Sean Durzi looking like returning to the lineup and defenseman Chaz Reddekopp expected to be out. In net, goaltender Matthew Villalta was off first, and could make his fifth start of the season this evening in San Diego. Tonight’s lineup is expected to be another 11-7 alignment for Ontario, as was done last night in Ontario.

CLOSER TO THE MART: Forward Martin Frk led Ontario last night with two points (1-1-2), as he skated on both the first and third lines in the 11-7 alignment. Head Coach Mike Stothers said that Frk played around 28 minutes yesterday evening, with the game plan to play him every other shift throughout the game. With the goal and the assist, Frk leads all Reign skaters with 15 goals and 25 points this season.

TIME STRAND STILL: Reign blueliner Austin Strand scored his seventh goal of the season in yesterday’s defeat. With the marker, Strand now has sole possession of the Ontario lead in goals from the blueline, and is tied for third in the American Hockey League in goals by a defenseman this season. Strand has already tied his goal-output from last season, in 11 fewer games, and has 14 points in total on the season.

NUMBER 21 – 12: Ontario’s number 21, Mikey Eyssimont, also scored in yesterday’s game. The second-year forward now has four goals over his last six games and his nine goals on the season are second most on the Reign, trailing just Frk. With 18 points this season, Eyssimont ranks second amongst active skaters, and third overall in scoring, and is just one goal and one assist shy of matching last season’s totals, in 27 fewer games to date.

I WILL CHOOSE FREE VILL: Reign netminder Matthew Villalta made 30 saves on 31 shots in Saturday’s win over Stockton, as he improved to 3-2-0 this season. Villalta has now won three consecutive starts for the Reign and in games in which he has started, the first-year netminder has posted a .933 save percentage and a 2.23 goals against average. Villalta has also posted a 4-3-1 record with the ECHL’s Fort Wayne Komets from eight games played this season.

EXIT, THE WARRIOR: Ontario forward Jaret Anderson-Dolan earned his first recall to the NHL this season and, per LAKingsInsider.com, he is expected to make his season debut with the Kings tonight in Carolina. Anderson-Dolan still leads the Reign in assists (14) and ranks second in points (19) this season. The 20-year-old forward made his NHL debut with Los Angeles in October 2018, and amassed one assist from five games played, before he was reassigned to Spokane (WHL).

SCOUTING THE GULLS: In the daily carousel that is San Diego roster moves, forward Troy Terry was assigned to the Gulls, from the NHL’s Anaheim Ducks, and collected two assists in his season debut yesterday evening. Terry, who missed more than a month of action due to injury, collected 41 points (16-25-41) from 41 games played with the Gulls last season and represented his team at the 2019 AHL All-Star Classic in Springfield.