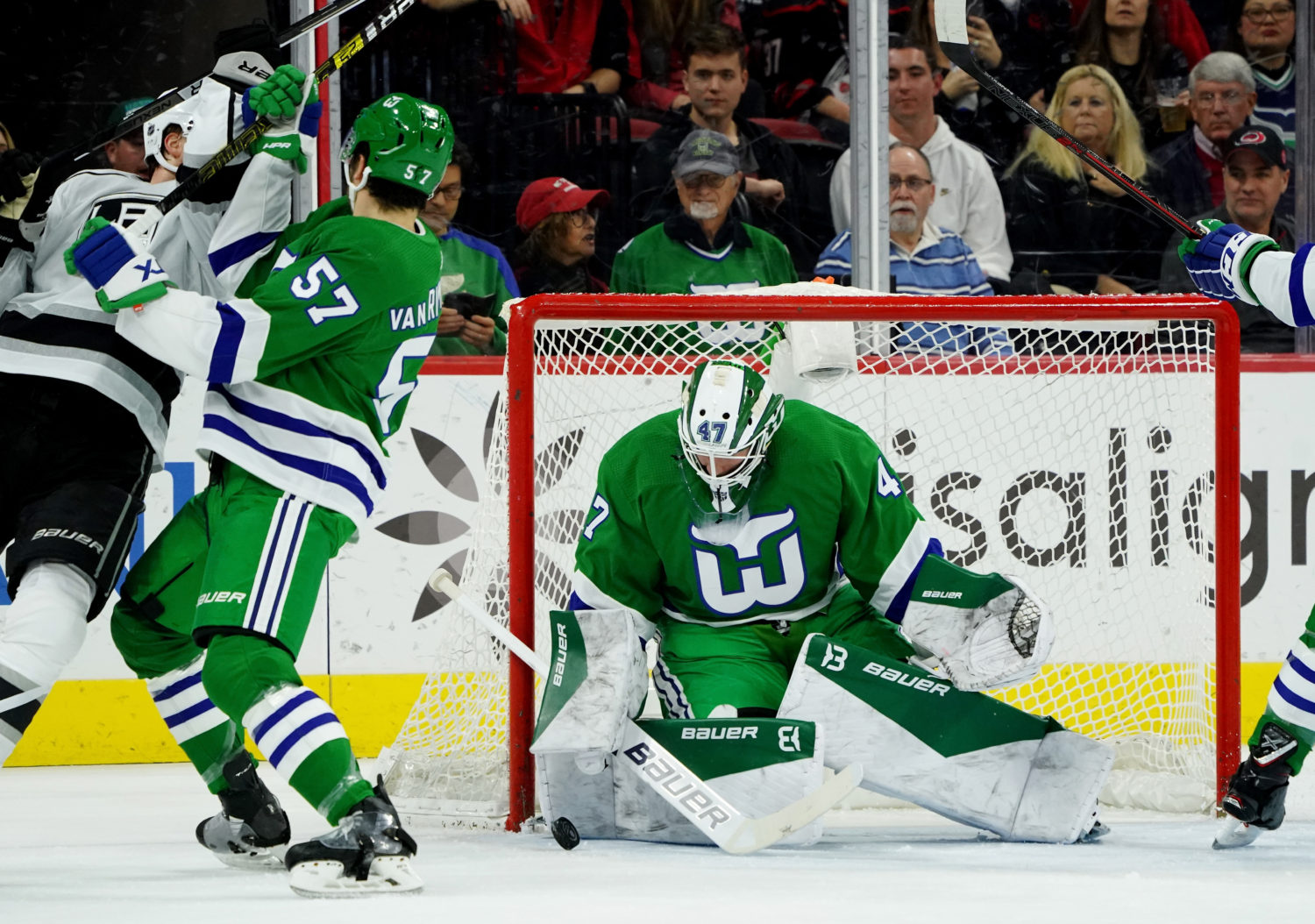 Todd McLellan, on what he liked about the loss, and whether that sounds odd:
It doesn’t sound odd at all. A lot of years in the league right now. It’s probably one of the better-played losses that I’ve experienced. The team really played well. We played against a team that doesn’t give up much. Plays at a very fast pace and I thought we played right there with them the whole night. A little puck luck around the net and it could’ve been a different story, but there’s no need to hang our heads as we walk out of this building tonight. Reload, get some rest, we’re going to play a pretty good team on Tuesday.

McLellan, on whether this was the type of result when both teams execute and play well:
If I’m a fan, I’m happy that I came to the game tonight because you played a hell of a game both ways. Both teams played with a lot of detail, a lot of pace. There were plays being made, but plays offensively and defensively. Some good goaltending, of course, at both ends. Certainly, they’re a very good team. I can speak for ours, but we were happy with our game. It’s just not finishing – and it wasn’t because we didn’t create chances. We had our share. A few posts that didn’t go in. Sometimes those go off the post and in. They went off the post and out tonight. But there’s nothing to whine or bitch about tonight.

McLellan, on whether he’s seeing the linear progress and consistency desired from Adrian Kempe:
The progress is definitely going there. There was a phase at the beginning of the year where we wondered if he would fit, what he was doing, and now you can’t get enough of him. Credit to him for sticking with it. His tenacity, his speed, his pace, his skill set is coming out night after night. We’re lucky to have him right now. He seems comfortable on the wing. He seems comfortable on that line. I really think he’s an alpha on that line and takes charge, and maybe that’s what he needed. But whatever it was, he certainly for the last 30 games or so has been a tremendous player for us.

McLellan, on Alec Martinez returning with confidence:
Tough injury. He’d just really got up and running with a new coaching staff and a new system, and you go down with an injury like that, people don’t understand how important your hands and wrist are for feel of the puck. You can see a play, you can see it evolve, but if you don’t have a good feel with your hands, you don’t often make it, and you can really see it starting to come back in his situation, so we’re happy for him.

McLellan, on the confidence to stick with the same players over the final two minutes:
Well, they were getting the job done. There’s no need to change. We got enough whistles, had a time out banked, the other team was a little bit tired, so there was no need to make changes. Again, they did everything but score. It’s a tough night. It’s tough to play so well and not get rewarded, but we’ll try and bottle that and play well in Tampa and find a way to win one. 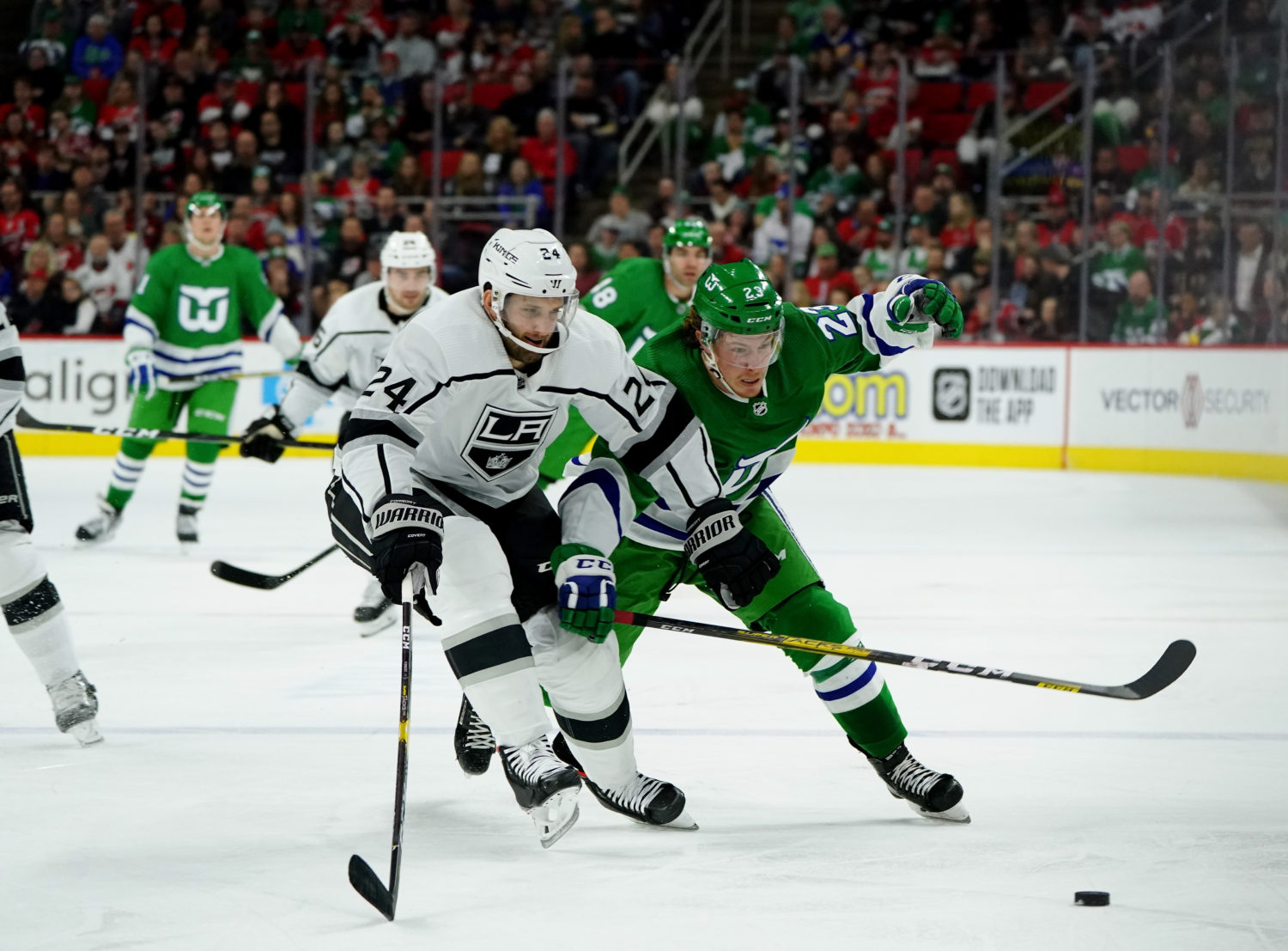