Waking up with the Kings: January 9 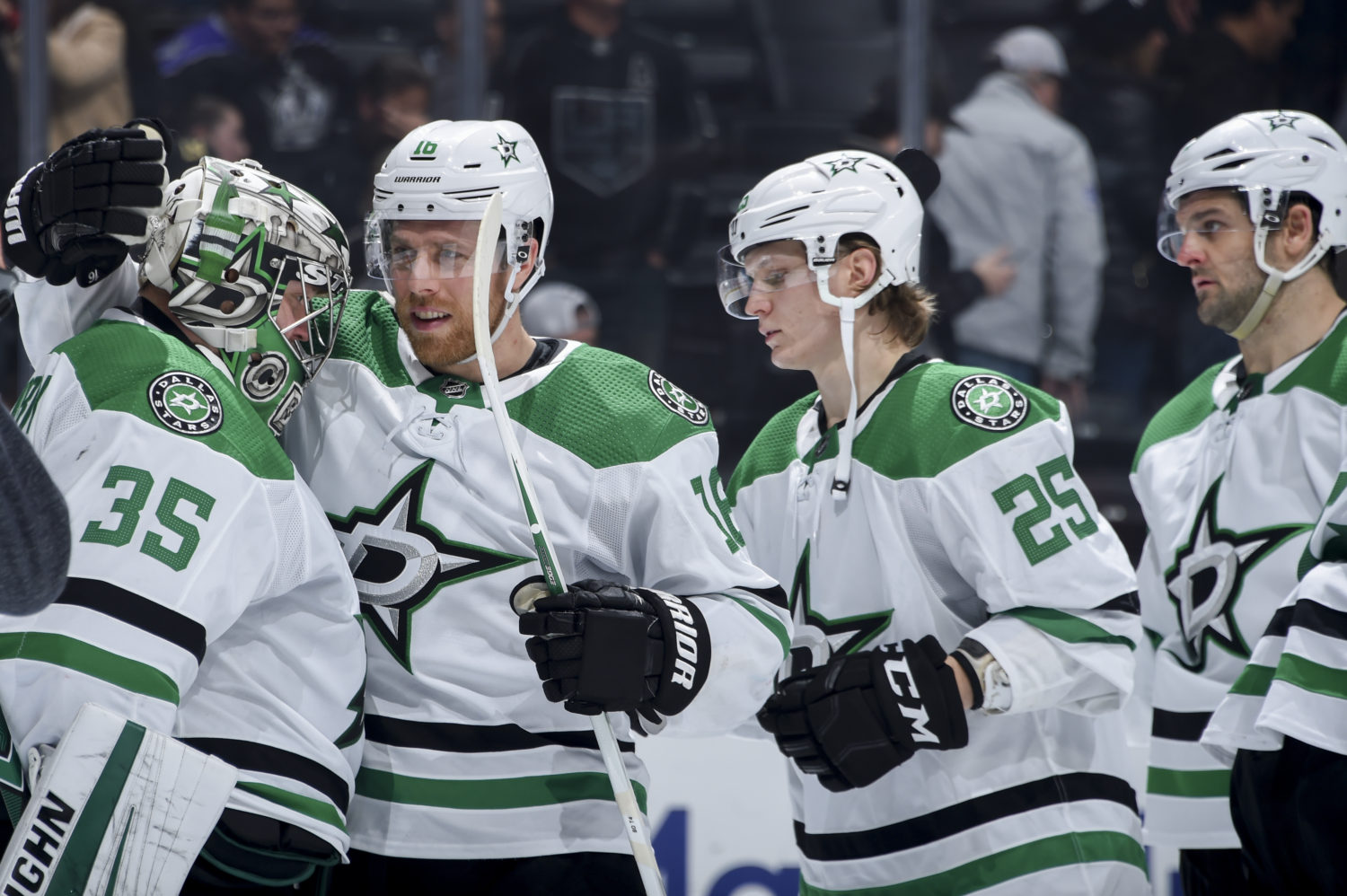 Insiders! Haven’t written one of these in a few weeks, but I still feel you’ve heard words similar to what lies beneath. On Tuesday, Todd McLellan spoke of Saturday’s Nashville game as one in which the LA Kings had trouble getting into gear, referencing the process in which the team would “spin our tires” without reward. He seemed to like the Columbus performance better but spoke of “sharper” detail in the Dallas game. Obviously, this is all said with the understanding that they’re in an offensive rut right now, having scored four goals over their last three games. Every opponent presents its own unique challenges, but the Stars, who entered with a pristine 2.4 goals-against per game, are among the tougher match-ups a team in a scoring malaise could face. So, obviously, the team with the lowest 5×5 shooting percentage since January 1 scored on the game’s first shot. It was a simple forechecking goal set up by Alex Iafallo, who inserted himself into the play well positionally to force a turnover in which the puck found Tyler Toffoli, and Toffoli found Anze Kopitar across the ice with a sharp pass. 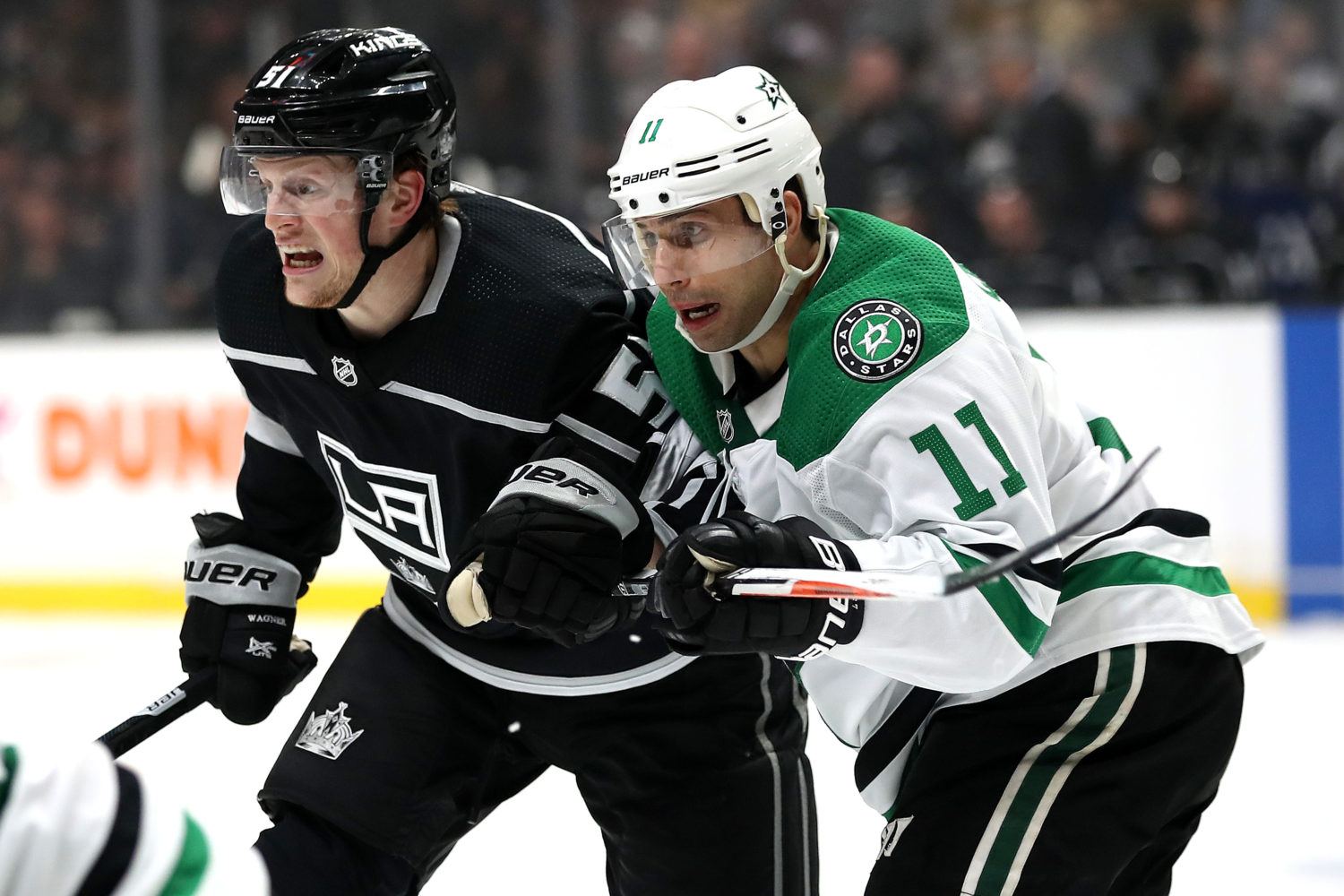 The first period was largely a feeling-out process without much tension beyond the Dustin Brown-Kyle Clifford chaos mitigated by Anton Khudobin. He wasn’t as busy as an excellent Jonathan Quick but was still called upon to make several timely saves that afforded the visitors extra time to get their game going. And that they did in the second as their forecheck activated and generated zone time that produced dynamite Quick saves on Tyler Seguin, Mattias Janmark and Roope Hintz around goals by Jamie Benn and Blake Comeau. The second, an absolute ripper by Comeau, was the result of a lob pass by the criminally underrated Esa Lindell that skirted on a deflection past Sean Walker and into the veteran’s wheelhouse. But this wasn’t really a game defined by a 37-second lapse. Dallas flexed its systematic tightness in the second period and asserted itself well. Because of the coaching shake-up, John Stevens’ responsibilities overlap with others’ and he’s taken on additional assignments and focus. Prior to the change, he was actually working quite a bit with the forward group. But it’s pretty easy to see why Stevens saw similarities between the Stars’ roster and the Kings’ when he joined Terry Murray’s staff in 2010. “It reminds me a lot of the situation we got here when we were trying to beat the Vancouvers and the Anaheims and the San Joses of the world,” he said. “So, the progression to me is a lot the same, and it’s something I really enjoy.” Given Dallas’ success in locking down a one-goal game and their penalty killing acumen, similarities are there. 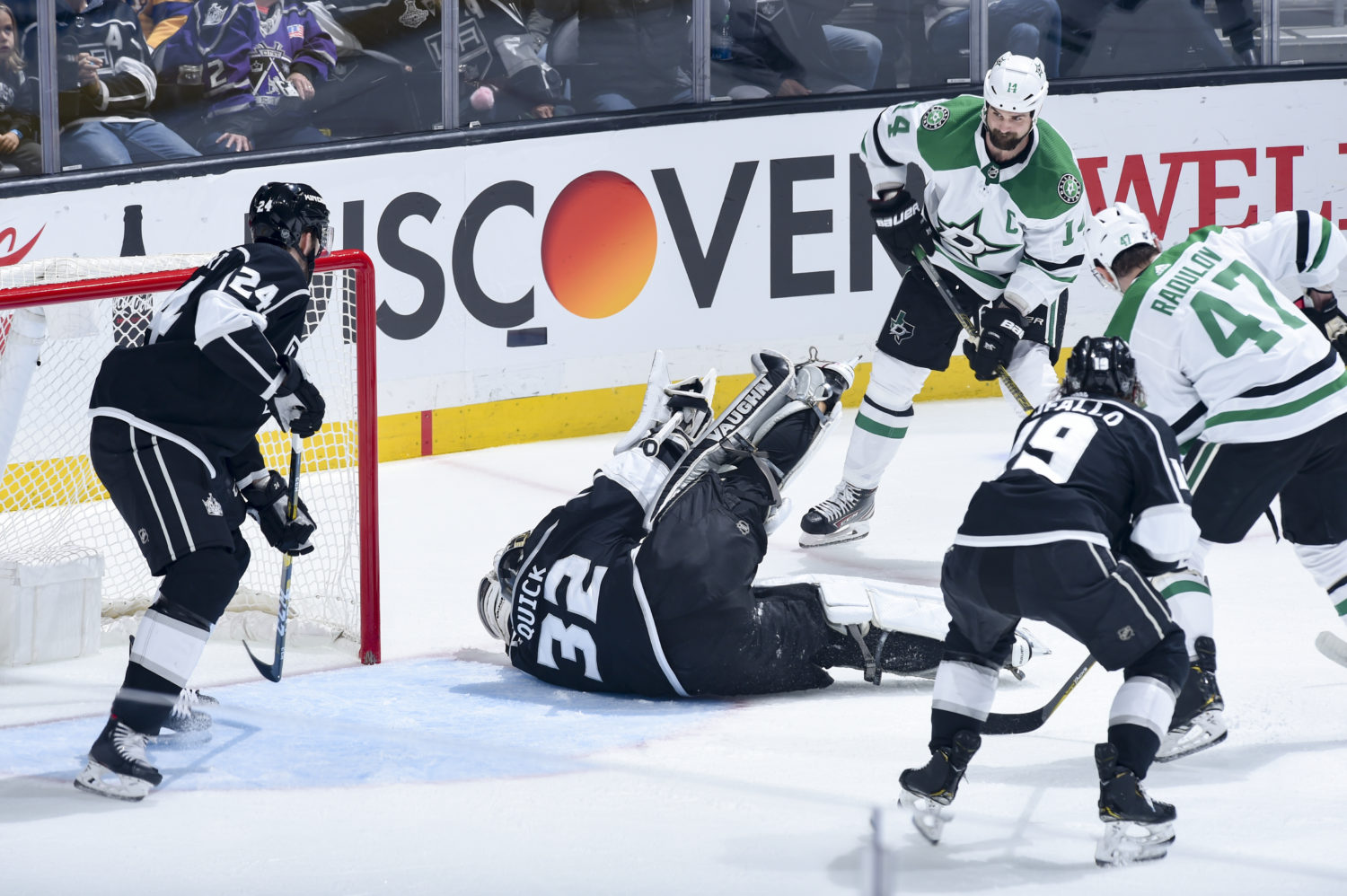 That’s some appreciable grit and a good lead offered by Hall of Fame center Anze Kopitar, who has lost a whopping 12 games to injury or illness over the past nine seasons and didn’t miss a shift after a harmless enough Jamie Oleksiak nudge sent him to the ice, where he bore a lot of Anton Khudobin’s weight in a collision. Kopitar, who logged 20:55, scored the only goal and blocked two shots, is remarkably durable for such an energy-expounding veteran. It was a completely different play, but it did bring to mind the one Brendan Morrow hit on Kopitar from 2011-12 – one of the only times I can recall Kopitar really ever getting leveled. It’s not easy to hit a tank. 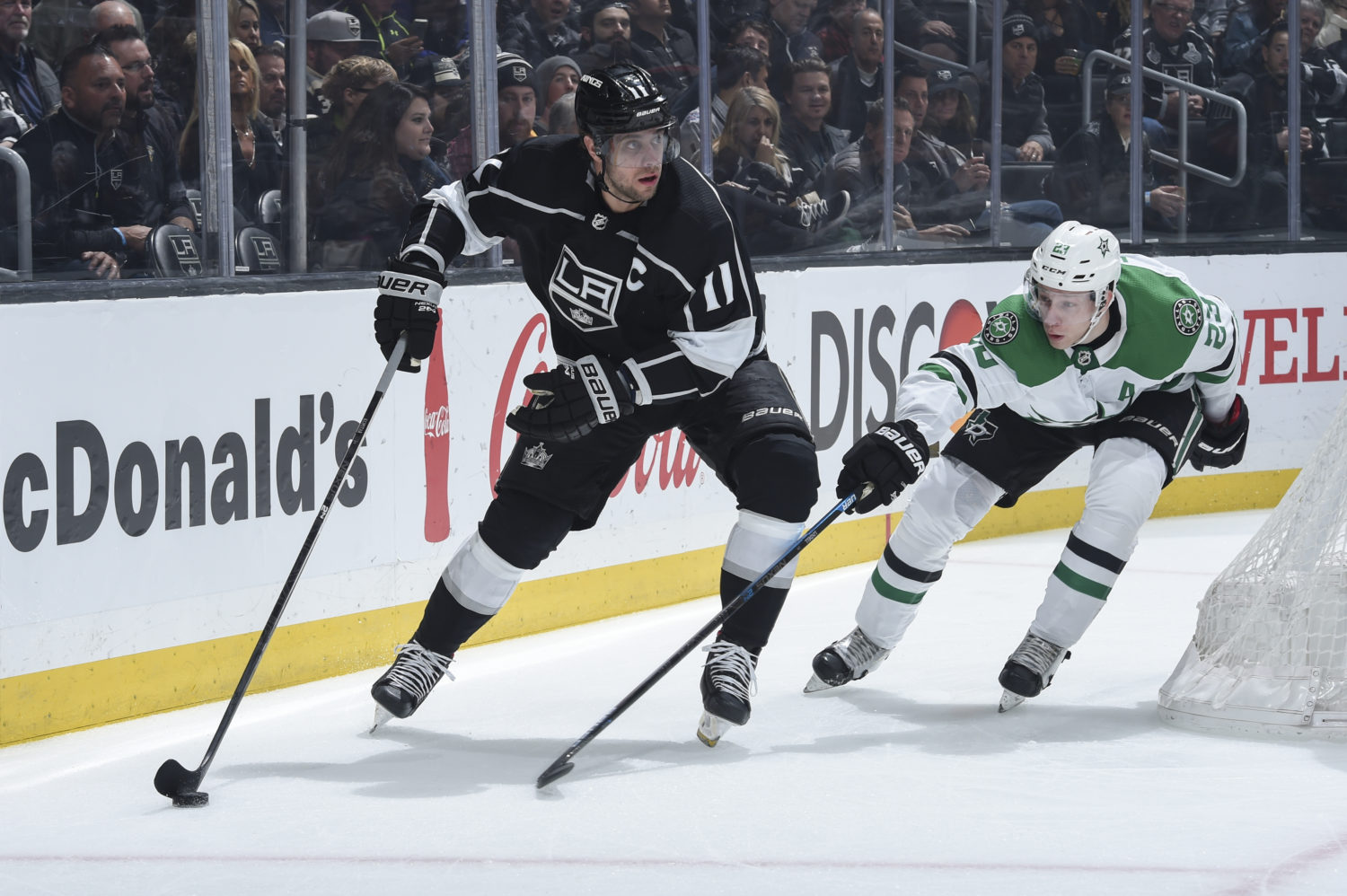 Fun and games! Sorry for the spam. I was passed along an email from a hockey ops colleague with some interesting roster/personnel factoids. It’s printed with his permission, so have at ‘er.

Arizona has 6 former Blackhawks on its roster and Minnesota has 6 former Predators. That’s tied for the highest. There are 4 other teams with at least 5 players from the same organization. Edmonton has 5 former Flames, Anaheim has 5 former Senators, Montreal has 5 former Flyers, and … Ottawa has 5 former Maple Leafs AND 5 former Blue Jackets AND 5 former Rangers. Nobody has more than 2 former Red Wings, or 2 former Jets. Interestingly, we [LAK] have no more than 1 player from any given team. No double-dipping at all. We’re the only team without double dipping. As for former Kings, we’ve got 3 on Dallas, Montreal, and Washington.

So! Here’s your Hot Thursday Trivia, Insiders. Which Kings team this millennium had the most players who’d previously played on one NHL club? 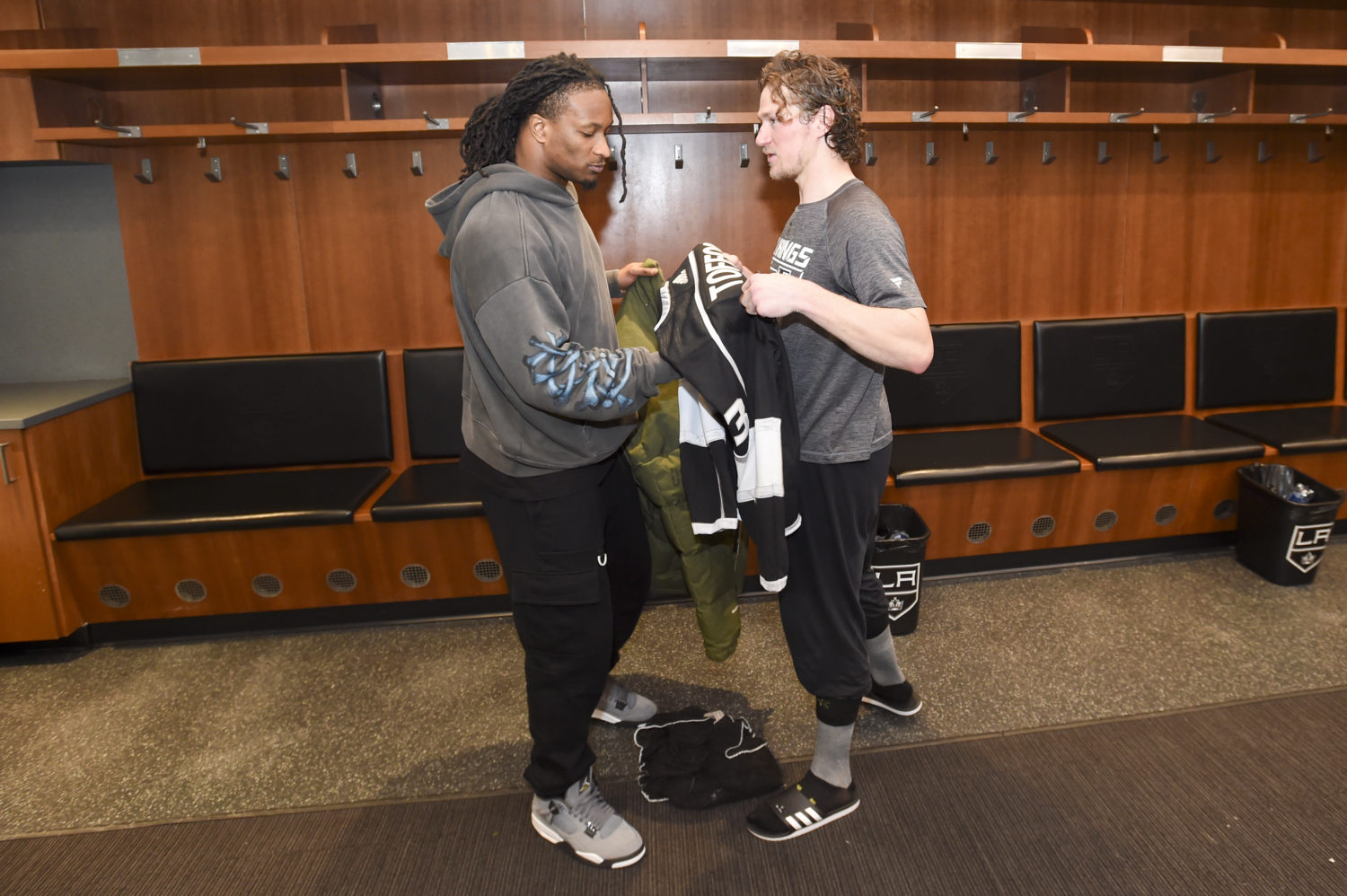