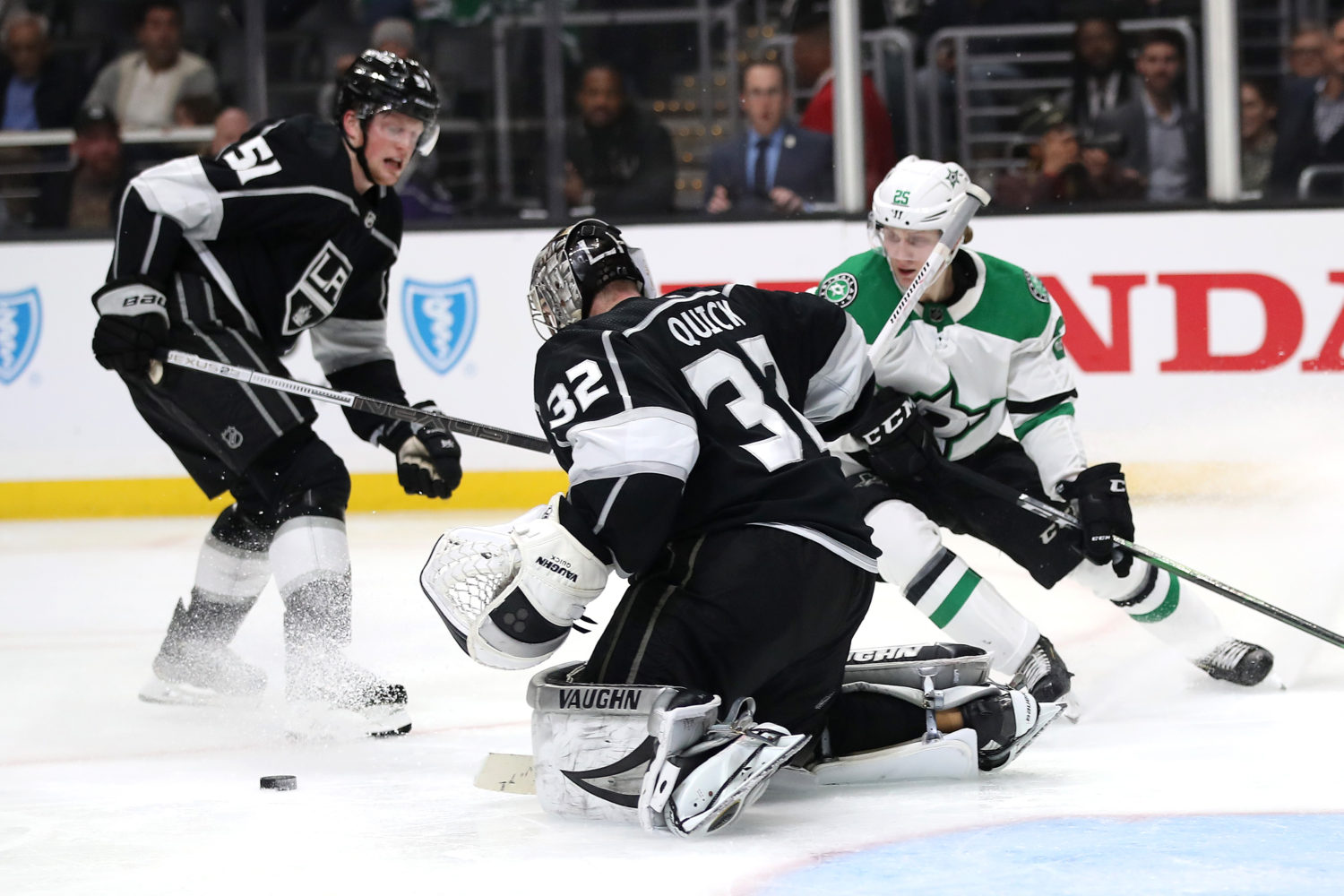 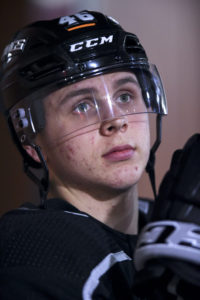 Todd McLellan, on Blake Lizotte’s status:
He obviously didn’t finish the game. One shift. It’s a lower-body injury. He’ll stay back from the Vegas portion of this trip just to get evaluated tomorrow. We’ll know more then. [Reporter: Did you see exactly what happened with him?] Yeah. He made it back to the bench. It’s obviously not a broken bone or anything like that, so it’s muscular. He got tangled up. Other than that, I don’t know.

McLellan, on whether the loss was similar to Monday’s:
No, not necessarily, and Columbus did a really good job. This team just checked the hell out of us and they’ve done that to a lot of teams. They just choke everything off. I thought we had a sharper game, especially in the third here than we did against Columbus, and created some chances against a really, really good defensive team. We challenged their goaltender, he had to make some saves. Didn’t find a way to put it in. In some sense, I feel better about this game than I did about the Columbus one.

McLellan, on the team’s forechecking throughout the game:
It was up and down. Obviously in the first – it was OK. The second, they we were after us and we couldn’t get ahead, and the third, I didn’t mind our attack against them. They are a very confident team. They can go into that shutdown mode and you might play in their end a little bit more than if they were trailing, 2-1, but they were confident that they could get the job done, and they did tonight. We were close a few times but nothing that went in for us.

McLellan, on what the season has been like for Jonathan Quick:
Well, it’s part of being a team. He’s one of 27, 28 players that go through that. He’s part of a coaching staff, he’s part of an organization and a fan base that goes through that. Hey, we all know where we are. We’ve got to work our way through it whether we’re the goaltender or the D-man or forwards or whoever it might be. He just has to keep playing well and we’ve got to find a way to get him an extra goal. I feel for him, I feel for the D-man that blocks the shot and has a bruise on his leg right now and I feel for our forward that took a hit to make a play. We do it as a group, and that’s just how it is.

McLellan, on Blake Comeau’s goal:
Well, it was a punt and positionally we were sound. We go up for the catch and don’t quite catch it is the analogy I would use. I would like our guys to use their hands in those situations. Go after the puck, the ball and knock it down. But I think the punt was not a full-field punt. It was a little short and it fooled Walks a little bit, a nd a hell of a shot. He put it in a tiny little hole and it went in, so give them credit.

Tyler Toffoli, on recent frustration:
We’re playing really good teams and we have to find ways to get that next goal or be able to hold teams off. It’s frustrating but we just have to grow as a team here and find a way to win these games.

Toffoli, on the third period pressure:
We had some good pressure not even just when we pulled Quickie, we had some good opportunities in the third. Like I said earlier, we have to find a way to break through and win these games. He made big saves throughout the night, he’s been doing that the past few games. It definitely sucks when we can’t pull these one-goal games out and put them in our favor.

Rick Bowness, on the come-from-behind win:
We seem to fall behind early. I wish there was one reason for that happening and where we could fix it. It just seems to be one major mistake where it ends up in the back of the net. That put us on our heels a little bit. But, from the 10-minute mark in the first right through the second period we dominated and took control of the game. In the third period, it was pretty even. If there was one issue we could fix? For whatever reason, it’s we’re falling behind.

KINGS PRACTICE SCHEDULE:
The Kings fly to Las Vegas after the game to play the Golden Knights at 7 p.m. Thursday to begin a five-game road trip. 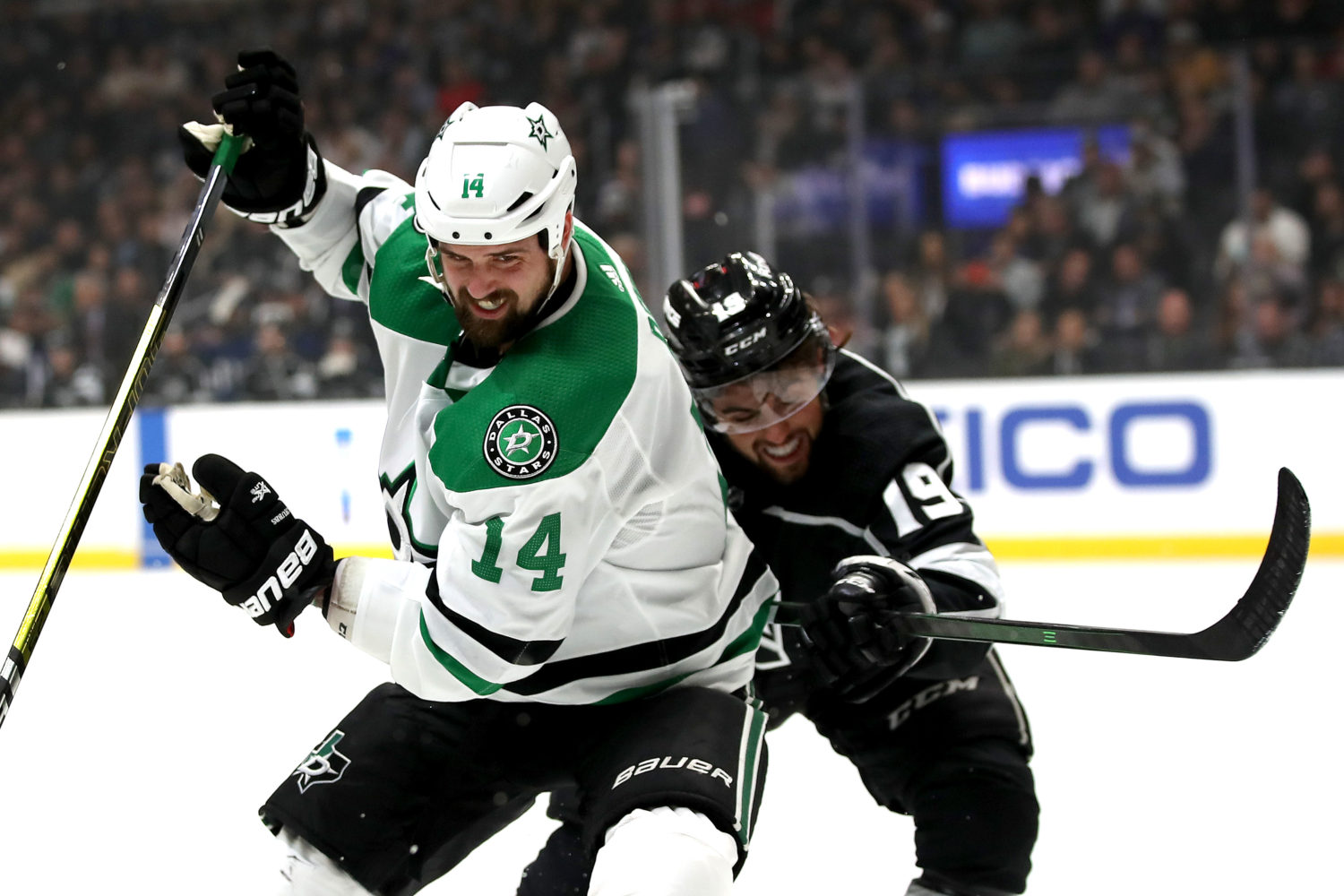