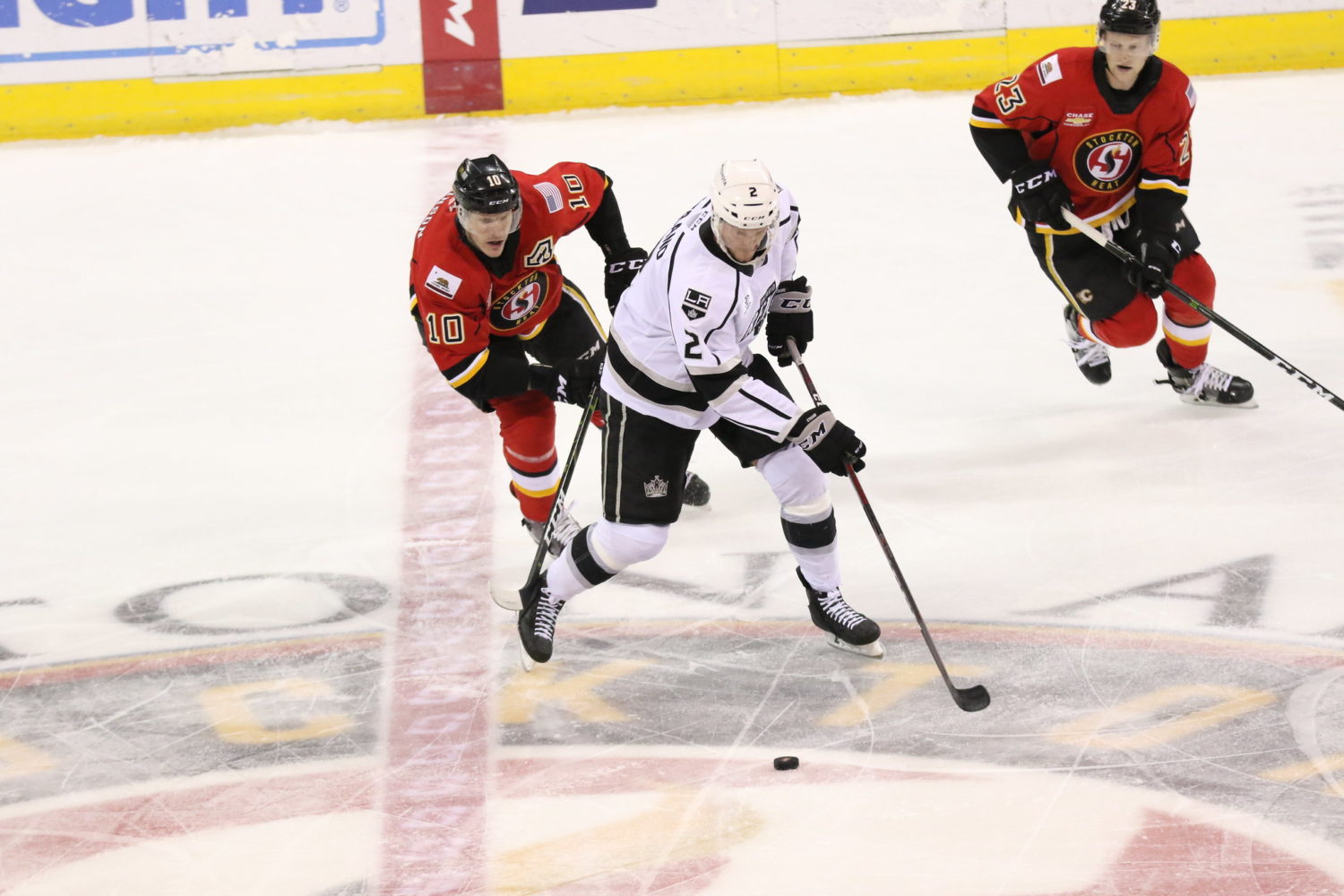 TONIGHT’S MATCHUP: The Ontario Reign kick off 2020 on the road, with a trip to Stockton, CA for a back-to-back this weekend. Ontario capped off 2019 with a pair of overtime wins, most recently a 4-3 triumph over Bakersfield on Tuesday.

HEY NOW, YOU’RE AN ALL-STAR: The American Hockey League announced today that three players – Kale Clague, Martin Frk and Cal Petersen – were selected to represent the Reign at the 2020 AHL All-Star Classic presented by Ontario International Airport. Petersen’s All-Star selection is his second in the AHL, while Clague and Frk earned their first nods. The event will take place at Toyota Arena in Ontario on January 26 and 27.

DYNAMIC DEFENSEMEN: Defensemen were responsible for three of Ontario’s four goals on Tuesday, with Paul LaDue, Austin Strand and Derek Forbort each finding the back of the net. LaDue and Strand now have points in back-to-back games, with Strand now tied for second in the AHL in goals by a defenseman this season, along with Clague. LaDue has points in four of his last six games since he was assigned back to Ontario in mid-December.

FANTASTIC FORB: Reign defenseman Derek Forbort scored his first goal of the season with the overtime game-winning tally on Tuesday in Bakersfield. Playing with Ontario on his second conditioning loan of the season from the NHL’s Los Angeles Kings, Forbort has skated in four games in total with the Reign, two on each stint. Forbort is returning to game action following an injury that caused him to miss the entirety of the NHL season to date.

LEADING LINE: The newly assembled forward line of Mikey Eyssimont – Jaret Anderson-Dolan – Blaine Byron has led the way for Ontario over the last two wins. The trio has combined for nine points (3-6-9) over those two games, with all three players collecting a point in both wins. Eyssimont (1-1-2) and Anderson-Dolan (0-2-2) each tallied multiple points on Tuesday in Bakersfield, while Byron scored his first Reign goal on Saturday in San Diego.

SCOUTING THE HEAT: Stockton will be without one of its top forwards in Matthew Phillips, named an AHL All-Star this morning. Phillips suffered a fracture in his knee cap considered month-to-month, following surgery. The Heat will be led by forward Glenn Gawdin, who leads his team and is tied for eighth in the AHL with 22 assists this season, and forward Buddy Robinson, who has a team-high 14 goals.