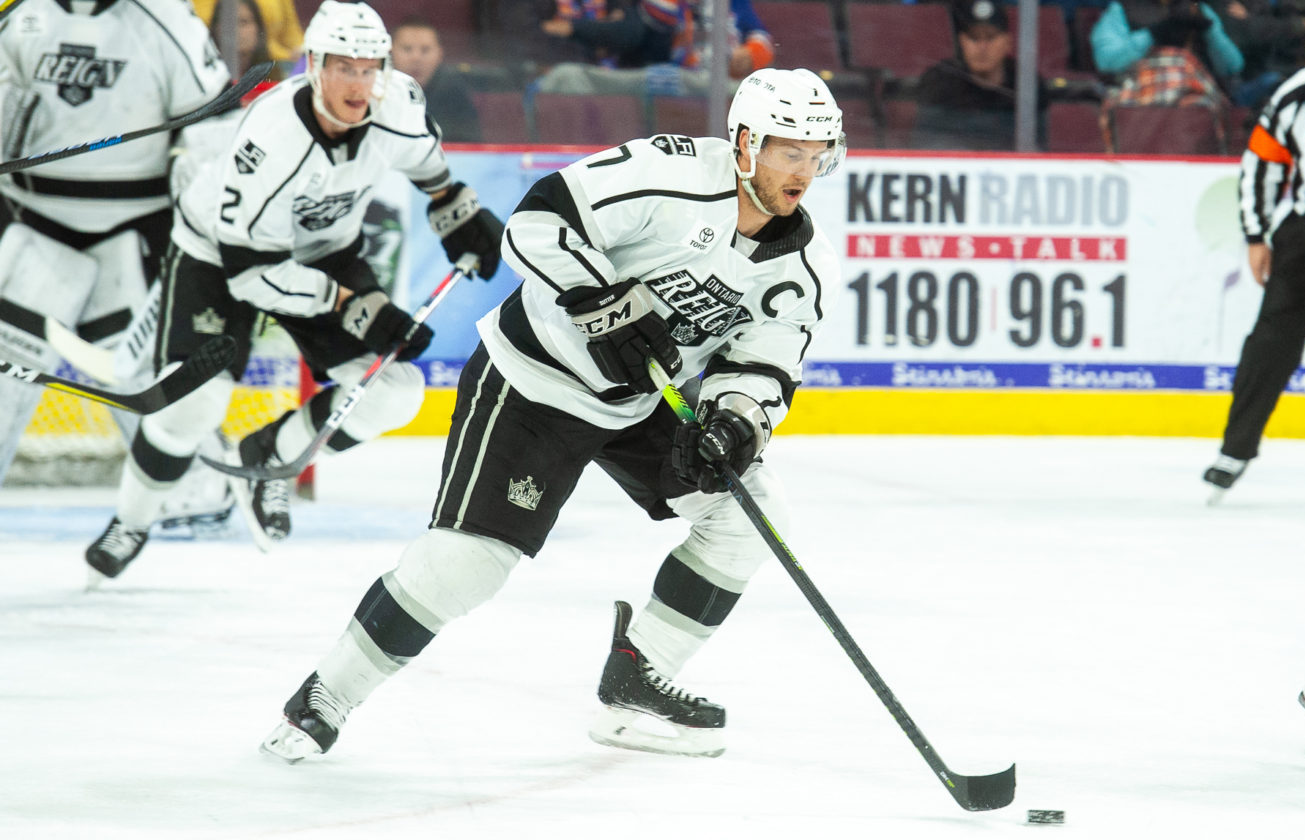 TONIGHT’S MATCHUP: The Reign and Condors hit the ice for the final contest of 2019. Ontario enters tonight’s action after it snapped a three-game losing streak, with a 3-2 overtime win over San Diego on Saturday.

DUDE, WHERE’S MY CARL: Ontario forward Carl Grundstrom scored the game-winning goal in overtime in San Diego, as the Reign came from behind to win 3-2. Grundstrom’s goal gives him points in back-to-back games, after an assist against the Gulls on Friday evening. The tally snapped a 13-game goalless skid, and the second-year forward now has 13 points (5-8-13) from 17 AHL games played this season.

LIFE IN THE FAST BLAINE: Reign forward Blaine Byron scored his first goal in a Reign jersey on Saturday, with the game-tying tally late in the second period. Byron, who was acquired via trade from Springfield earlier this month, now has two points (1-1-2) in total from four games played with Ontario. Byron had previously tallied 13 points (5-8-13) from 24 games played this season with the Thunderbirds.

EYSS OF SPADES: Ontario forward Mikey Eyssimont led his team with a multi-point effort on Saturday, as he tallied a goal and an assist in the win over San Diego. Eyssimont scored his sixth goal of the season in the first period, and added an assist on Byron’s goal in the second. Eyssimont’s two-point night was his fourth multi-point game of the season, his first since November 1 against Bakersfield.

LaDUE’S AND DON’TS: Reign defenseman Paul LaDue collected the secondary assist on Grundstrom’s game-winning goal on Saturday. LaDue wore an “A” on his jersey for the first time this season in each of the past two games, and has now totaled three points (2-1-3) from five games since he was assigned to Ontario from the Kings. With a +4 rating on the season, LaDue leads all active Reign players in the category.

WORLD JUNIORS UPDATE: Ontario Reign defenseman Tobias Bjornfot helped to lead Team Sweden to an undefeated group stage and the first seed in the knockout round. Bjornfot was a +2 in today’s win over Switzerland, and has been used primarily on Sweden’s shutdown pairing throughout the tournament. Forward Rasmus Kupari also participated with Team Finland, but suffered an injury in his team’s first game and was ruled out for the tournament.

SCOUTING THE CONDORS: Bakersfield added two veterans to its lineup in advance of tonight’s action in forward Markus Granlund and defenseman Brandon Manning. Granlund hasn’t played in the AHL since the 2015-16 season, but has 72 points (39-33-72) from 85 career AHL games with Abbotsford, Adirondack and Stockton. Manning has appeared in 252 career AHL contests, but has spent the bulk of the past four seasons in the NHL with Philadelphia, Chicago and Edmonton.