December 31: No morning skate, possible lineups, back at home, closing the decade 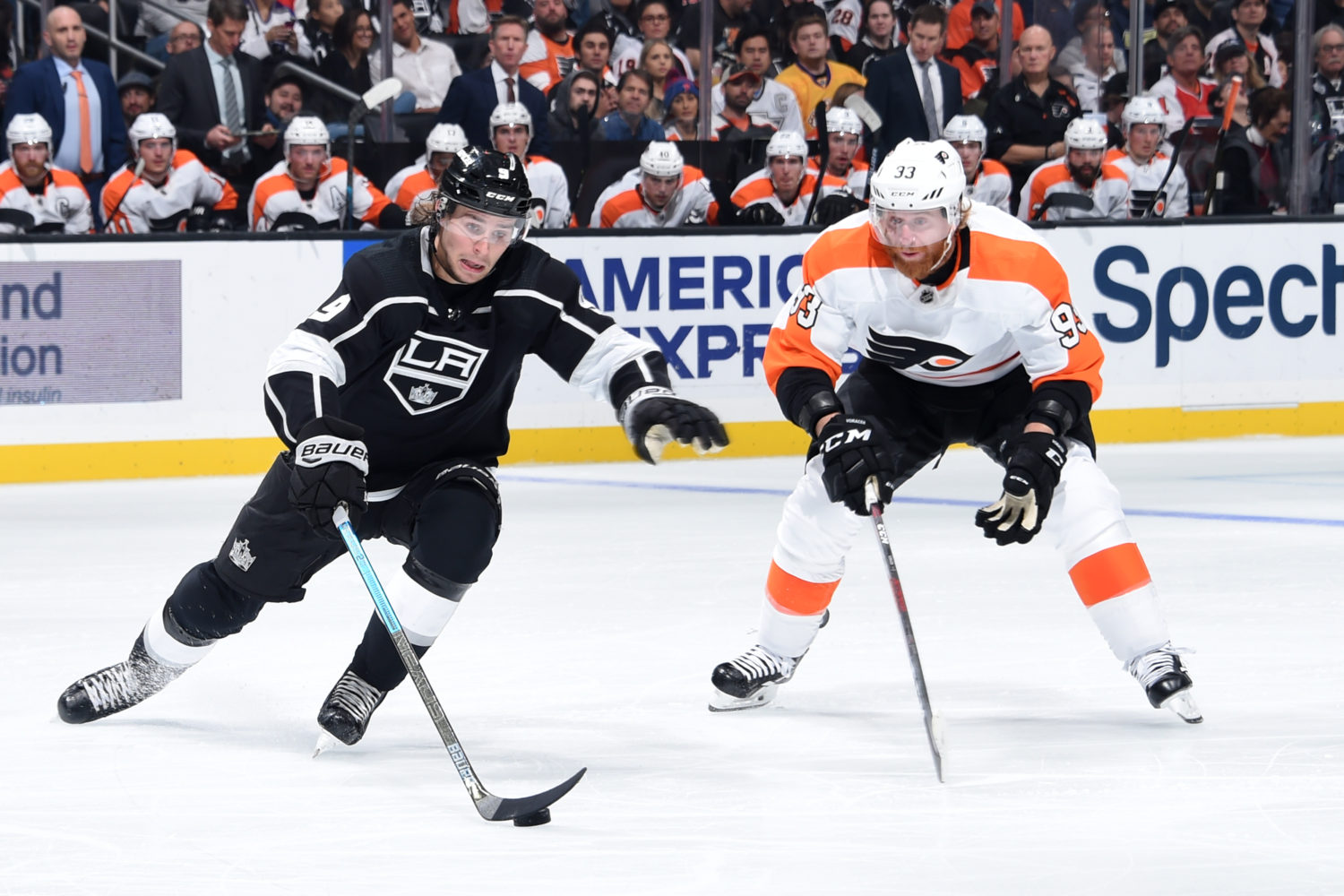 The Kings are back home in Los Angeles to kick off a four-game homestand, which begins tonight against Philadelphia in the final game of 2019 (6:00 p.m. PT / FOX Sports West / FOX Sports GO / LA Kings Audio Network). The Kings did not skate this morning in El Segundo, so tonight’s lineup is a bit unclear for the game against the Flyers.

KINGS VITALS: Without a skate this morning, we won’t know full details on tonight’s lineup until closer to puck drop, but yesterday’s practice indicates that the Kings will line up the same way they did in Vancouver on December 28. Yesterday’s line rushes saw forward Trevor Lewis, in his first full practice since being placed on injured reserve, rotate in with Matt Luff on the fourth line, but Todd McLellan confirmed yesterday that Lewis will not play tonight. The same goes for defenseman Alec Martinez, who also practiced, and forward Dustin Brown, who did not practice.

“Brownie won’t be available tomorrow for sure, and we’ll see how he is next week, obviously not skating yet,” McLellan said after yesterday’s practice. “The other two [Martinez and Lewis] just getting back into practice for the first time in a while and they won’t play tomorrow, but they’re obviously getting closer.”

Joakim Ryan, who was a little “dinged up” and missed the Vancouver game, also did not skate yesterday. Considering all of the above, that projects that the Kings will line up in the same as as Saturday in Vancouver for tonight’s game against Philadelphia.

Here’s how the Kings lined up against the Canucks –

Tonight’s goaltending matchup still remains unclear, but if it’s Jonathan Quick, he will face off against the NHL team against whom he has posted his best career splits versus any one opponent. Quick is 9-3-1 all-time against Philadelphia, with a .946 save percentage and a 1.61 goals against average. Quick has allowed just 22 goals from 14 games played against the Flyers, including only 14 of those at even strength. If it’s Jack Campbell in net tonight, he will face the Flyers for just the second time in his NHL career. Campbell stopped 26-of-30 on November 1 last season in a home defeat against the Flyers, his lone appearance versus the orange and black.

FLYERS VITALS: For the Flyers, expect Brian Elliott between the pipes, in lieu of Carter Hart, per Flyers beat writer Sam Carchidi. Hart has started 26 games to Elliott’s 18 this season, but has struggled away from Philadelphia, posting a 2-7-1 record with a 3.85 goals against average and a .851 save percentage on the road, as opposed to an 11-1-2 record, a 1.49 GAA and a .947 save percentage on home ice. Elliott, on the other hand, has actually posted a better save percentage on the road (.909 vs. .900) and is 7-3-0 from 13 road appearances.

Per Charlie O’Connor of The Athletic, here’s how the Flyers appeared to line up this morning at STAPLES Center –

Based on line rushes at this morning's practice, the most frequent combos have been:

In this set of groupings, the Flyers would welcome the return of Scott Laughton, who had been out of the lineup since December 14 with a groin injury. Laughton has amassed nine points (5-4-9) from 19 games played this season. Laughton’s reinsertion in to the lineup shuffles around the bottom six for the Flyers, with today’s rushes in contrast to the lines of Andreoff – Raffl – Aube-Kopel and Farabee – Forobyev – Pitlick.

Back At Home
The Kings are 8-3-1 in their last 12 games on home ice, which ranks third in the Pacific Division in that time frame, with the eight ROW’s tied for the most in the division. Last time out, however, was a setback for the Kings, a 4-1 loss against the Blues. St. Louis stormed out to an early 4-0 lead in the first period, one from which the Kings could not recover.

“They were on us from the start and we need to respond better for sure, we needed that first period to get us going and get momentum into the second and that didn’t happen,” Alex Iafallo said to Fox Sports West after that loss. “We need to clean it up and make sure we’re ready to play.”

Kings Captain Anze Kopitar noted that the 4-0 deficit could have been even greater, but he was happy with the response the team showed in the final 40 minutes. Though the team did not make any more inroads into the deficit past one goal, things could have gotten much worse without the push back.

“The St. Louis game here was 4-0 early, that could have been six, seven easily, but we wanted to play hard for the next 40 minutes, which was encouraging,” Kopitar said yesterday. “Other than that, there’s not very many games where we just didn’t have it.”

For the Kings, the Blues game presented a difficult test considering its placement on the schedule. Following a road trip with five games in eight days, the Kings flew across the country, with one day off, for a one-off game before the Holiday break against a St. Louis game against a team that was already stationed on the West Coast.

“I think our game pre-Christmas, we were just worn out,” McLellan said following the break. “For as much as we weren’t ready to play against St. Louis, we were also worn right out, weren’t there physically or mentally.”

The Kings begin a stretch of four consecutive games at STAPLES Center, beginning tonight against the Flyers. Nashville and Columbus, both mired just outside of playoff spots, will visit Los Angeles on Saturday and Monday respectively, before the stand closes out against the Dallas Stars on Wednesday.

Closing Out The Decade

Game Thread from STAPLES Center coming up next, for the final time in 2019!