A Decade of Reign 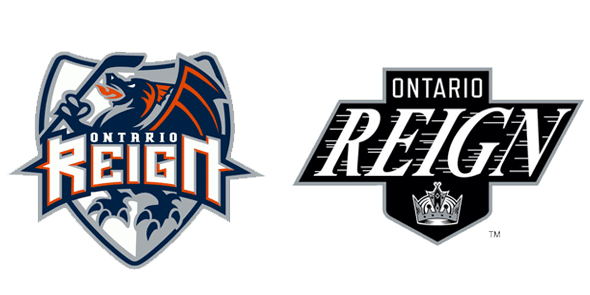 The decade has spanned ten years and two leagues, with tons of memorable moments from each. Some of the notable bullets below, send along some of your favorites to add to the list!

10 For The ECHL
• Led the ECHL in attendance during the first three years of the decade (2010, 2011, 2012)
• Hosted the ECHL All-Star Classic in 2010
• Set single-season franchise attendance record (8,158) during the 2013-14 season, and went on to lead ECHL in attendance in 2014 and 2015, making it five of six years as the league’s attendance leader
• Captured the ECHL’s Pacific Division in three consecutive seasons (2011-12, 2012-13 and 2013-14)
• With a four games to zero sweep over the Utah Grizzlies, Ontario won its first ever playoff series in 2013
• The 2012-13 season saw forward Kyle Kraemer set the single-season franchise record in points (70), while forward Colton Yellow Horn set the single-season franchise record in goals (36)
• Advanced to the Western Conference Finals in 2015 for the first time in franchise history
• Kraemer led the Reign in ECHL assists (105) and points (188) throughout the decade, while forward Derek Couture led the franchise with 86 ECHL goals
• The ECHL-Reign had 15 players go on to play in the NHL after playing with Ontario
• Seven of those players went on to play for the LA Kings and four of those players won at least one Stanley Cup with the Kings

10 For The AHL
• Played first AHL game in Ontario History on October 10, 2015
• Qualified for first ever playoff berth during 2015-16 season, won the Pacific Division in both the regular and postseason, and advanced to the Western Conference Finals during inaugural AHL season
• Goaltender Peter Budaj won the Baz Bastien Memorial Award as the AHL’s best goaltender and was named to the AHL’s First All-Star Team for the 2015-16 season
• Played in first ever outdoor game on January 7, 2017 versus Bakersfield
• Qualified for postseason in three consecutive seasons (2016, 2017, 2018)
• In September 2018, Ontario was selected as the host of the 2020 AHL All-Star Classic, which will be the first time the event has ever been held in California
• Brett Sutter became the 39th player in AHL history to play 800 career AHL regular-season games in March 2019. Sutter went on to play in his 900th professional game in December 2019
• Sutter was named as the winner of the 2018-19 Fred T. Hunt Memorial Award as the AHL player who best exemplifies the qualities of sportsmanship, determination and dedication to hockey
• Matt Moulson set franchise records for goals (28) and points (62) during the 2018-19 season
• Mike Stothers won his 200th game as Head Coach of the Kings AHL affiliate on November 29, 2019