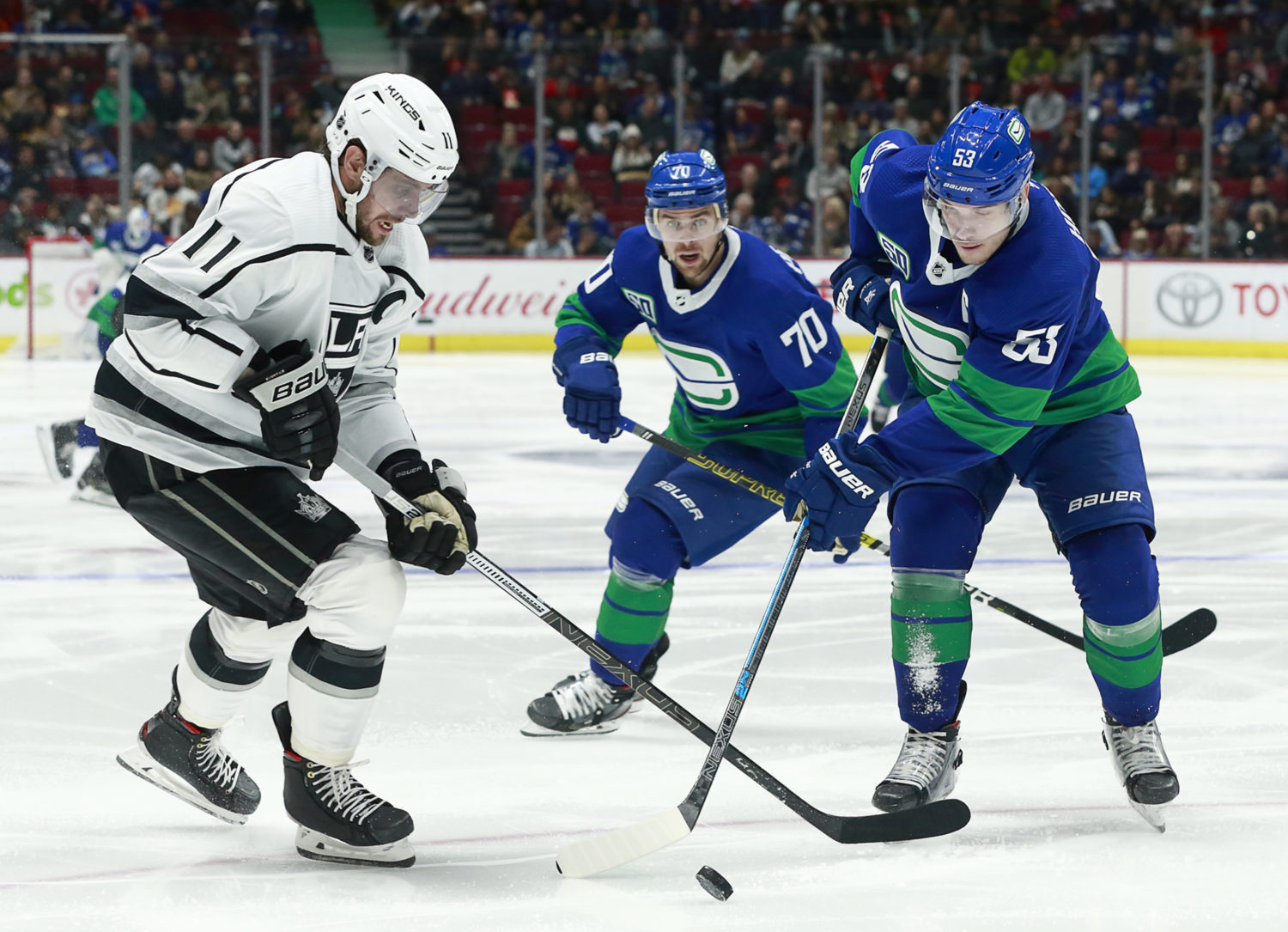 The Kings threw a season-high 51 shots on goal last night in Vancouver, the first time that the team has had 50+ shots on goal since February 9, 2016 against Boston, a night on which they scored nine goals. All 18 Kings skaters had a shot last night and 15 of the 18 had multiple shots on goal. The Kings attempted 93 shots……93! You’d think that these figures and statistics would have come from a big team win, but instead they came from a 3-2 defeat against the Canucks.

What does that mean? Does it mean that had a couple of bounces gone the Kings way, if they had simply been able to “bear down” as Alex Iafallo said after the game, if one of countless rebound opportunities had snuck in that we would have been talking about a different scoreline, with LA earning one or two points? Or does it point to this Kings team – for all of their scrap, their fight, their energy – simply lacking that natural finishing ability that could have swung last night’s result? The sample size of two goals on 51 shots is a one off, not worth labeling the team as anything. But, through 41 games, the Kings rank tied for fourth in the NHL in shots per game and tied for 29th in the NHL in goals per game, which translates to an NHL-low 7.5% in shooting percentage. The question is, can the Kings do a better job of turning that shot volume into goals in the second half of the season. A lot of what ifs and a lot of scenarios unanswered after what was a strong effort, in an adverse situation, by a team that seems to be stringing together a series of more positive performances than not as of late, and frankly there’s a lot more to tackle here than there is time in a Sunday afternoon WUWTK. 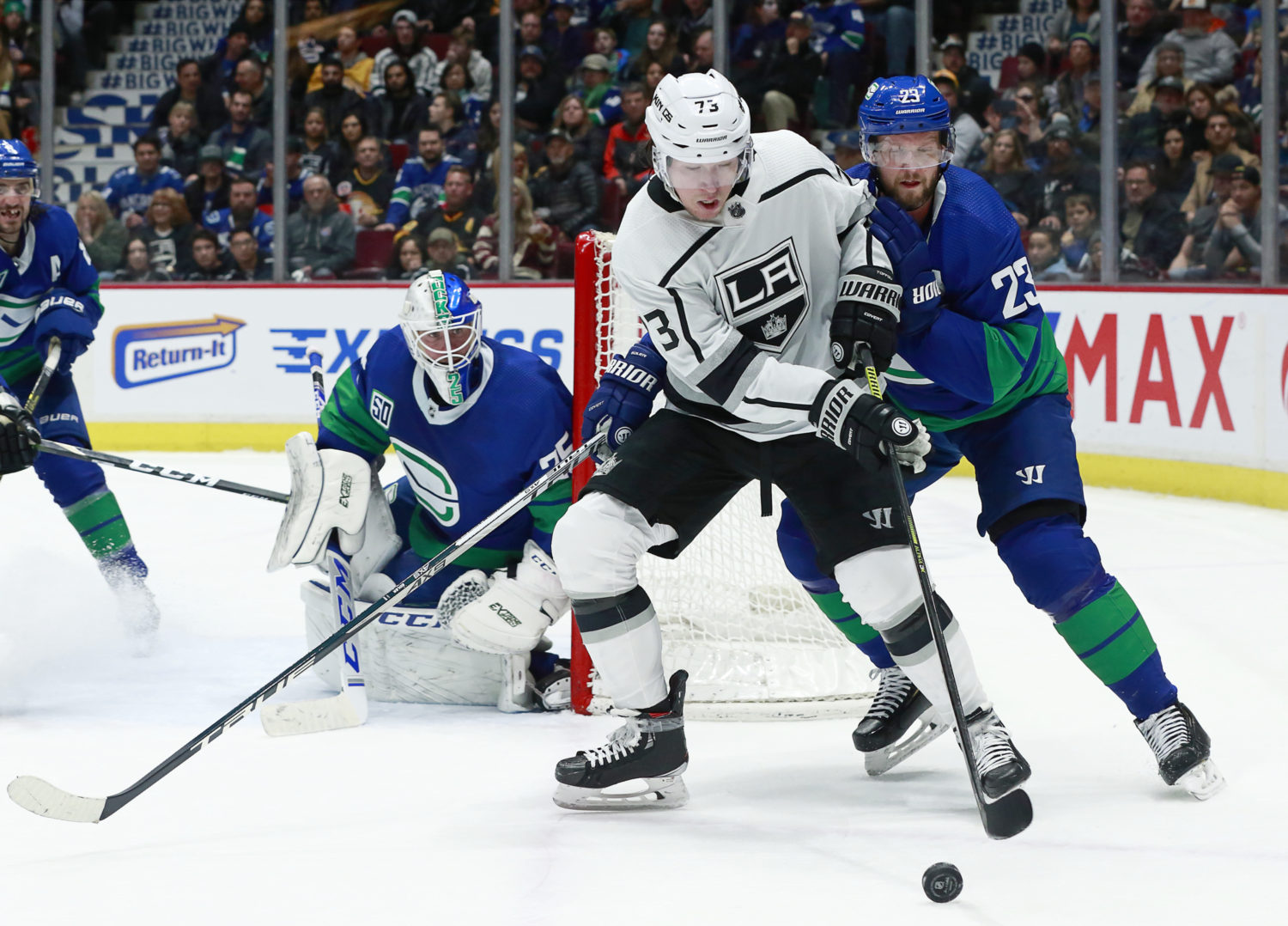 It was nice to see the Iafallo – Kopitar – Toffoli line click in their second game together. The trio combined for 15 shots on goal alone, with each player amassing at least four. Iafallo (0-2-2) and Kopitar (1-1-2) had multi-point nights, while Toffoli scored the game-tying goal in the third period, though the level pegging was enjoyed for just 19 seconds, prior to Elias Pettersson’s game-winning goal at the other end. The unit created both of their goals not off of pretty plays but off of controlled o-zone time and second, third, fourth, twentieth opportunities. Kopitar’s goal started with an extended shift in the offensive end, which resulted in the Kings captain getting to the net and jamming away in the crease until the puck crossed the goal line. The play was kept alive by the Kings getting to rebounds and either creating second opportunities, or retaining possession off of those loose pucks and it happened several times on that shift alone. Toffoli’s tally came off of Kopitar winning a faceoff in the offensive zone, Kurtis MacDermid getting a shot through from the point, and Toffoli being in the right area on the ice to battle for the loose puck and put home the rebound, as he became the third King this season to hit double digits in goals.

What you’d like to see cleaned up were the turnovers. As Todd McLellan noted after last night’s game. “when I evaluate this game, we made 8-10 mistakes and three went in our net, which is unfortunate.” The first Vancouver goal came from Austin Wagner trying to do too much, as he forced a pass up the middle in his own end, saw it picked off and put into the back of his own net. On the third goal, the Kings were beaten through the neutral zone, as the Canucks moved essentially untouched from behind their own goal line to a 2-on-1 rush the other way in a string of just two passes. The last goal was particularly backbreaking when you consider that the Kings tied the game just 19 seconds prior

Last night’s game against the Canucks marked the official halfway mark of the 2019-20 season. The Kings will play their next four games at home, beginning on New Year’s Eve versus Philadelphia, before embarking on another road-heavy slate with 12-of-15 away from STAPLES Center. The Kings have proven this month that they can earn wins away from home, with a 4-2-3 mark in their last nine road contests. Enjoy a relaxing Sunday and someone, might even be me, will talk to you on Monday! 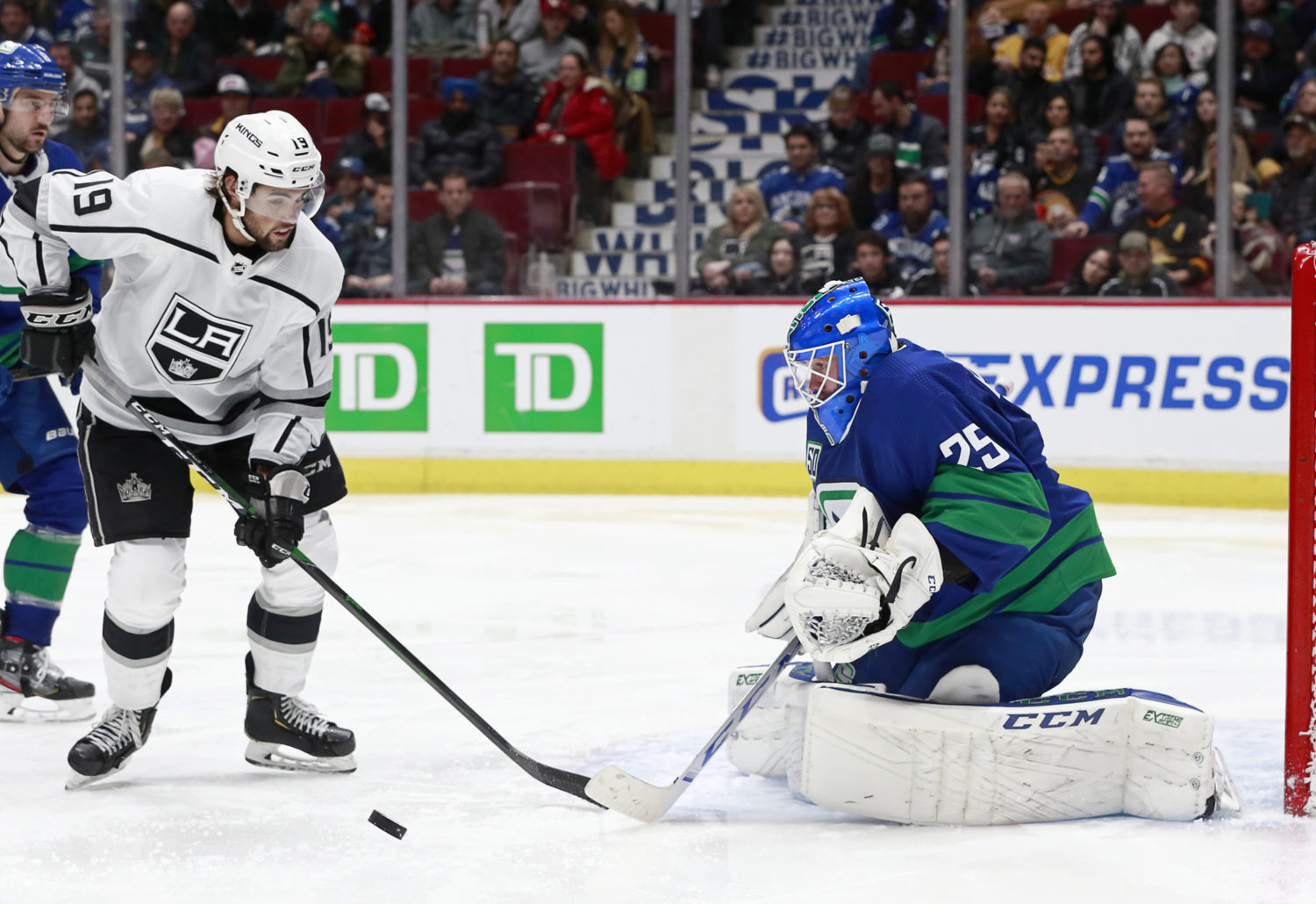 VANCOUVER, BC – DECEMBER 28: Alex Iafallo #19 of the Los Angeles Kings takes a shot on Jacob Markstrom #25 of the Vancouver Canucks during their NHL game at Rogers Arena December 28, 2019 in Vancouver, British Columbia, Canada. Vancouver won 3-2. (Photo by Jeff Vinnick/NHLI via Getty Images)