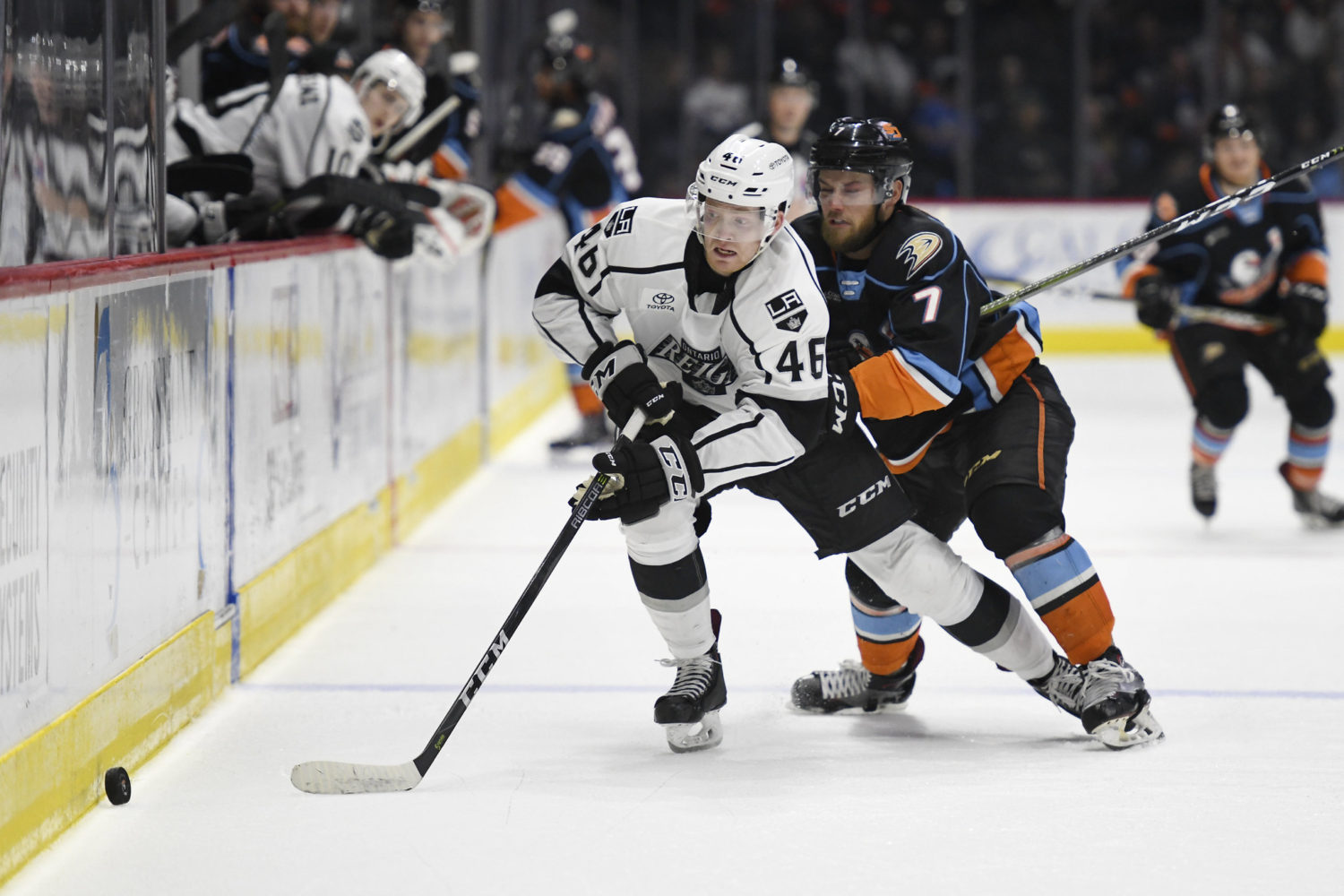 TONIGHT’S MATCHUP: The Reign and Gulls will head South for Round 2 on the weekend. San Diego skated to a 6-1 victory over Ontario yesterday evening, in the first game for both teams following the holiday break.

SO-CAL SERIES: It’s a rematch tonight between Ontario and San Diego, as the two teams meet again after the Gulls took Round 1 by a 6-1 final yesterday evening at Toyota Arena. Through the first half of the So-Cal Series, everything is all square. Both sides have won three times, with both teams 2-2 in Ontario and 1-1 in San Diego. Tonight’s game kicks off the second-half of the season series, with the next three head-to-head matchups to be hosted by the Gulls.

HERE COMES THE BOUM: The lone Reign goal from yesterday evening came from forward Lance Bouma, who found the back of the net in the third period. With now eight goals on the season, the veteran Bouma ranks second on the Reign, and first amongst active players, in goals, while his 14 points rank third overall and first amongst active players. Bouma is on-pace to surpass AHL career highs in goals (12) and points (20).

CARL, GOOD TO SEE YOU: Ontario forward Carl Grundstrom collected the only assist on Bouma’s goal, his seventh helper and 12th point of the season from 16 games played. Grundstrom has not experienced the same level of success thus far on his second assignment to Ontario as he did in his first, with five points (0-5-5) from 12 games played, as opposed to seven points (5-2-7) from an electrifying four games played on his first stint of AHL action this season.

WHAT A FRK’N DEBUT: Los Angeles forward Martin Frk, in his first game of the season on recall from the Reign, scored twice in a 3-2, comeback win over San Jose yesterday evening. Frk departed the Reign as the team’s leader in goals (14) and points (23), and appeared in his 101st career NHL game yesterday evening. Frk’s multi-goal effort was his first at the NHL level and his multi-point output marked the fourth time he’s done so in that league.

CALIFORNIA LIVING: Last night’s game against San Diego began a stretch of 25 consecutive games for the Reign in the state of California. Ontario will not leave its home state until an early-March trip to Colorado. The Reign will play 12 of those 25 contests at Toyota Arena, hosting each of their six divisional opponents at least once, and will also play road games against each of the other four California-based teams, beginning tomorrow evening in San Diego.

SCOUTING THE GULLS: San Diego netminder Anthony Stolarz turned in perhaps his best performance of the season yesterday, as he turned aside 38-of-39 shots, good for a .971 save percentage, his highest single-game SV% of the season. Stolarz snapped a four-game losing streak with yesterday’s win, but had compiled a .934 save percentage in that span. Overall this season, Stolarz is 10-8-2 with a .916 save percentage and a 2.82 goals against average.