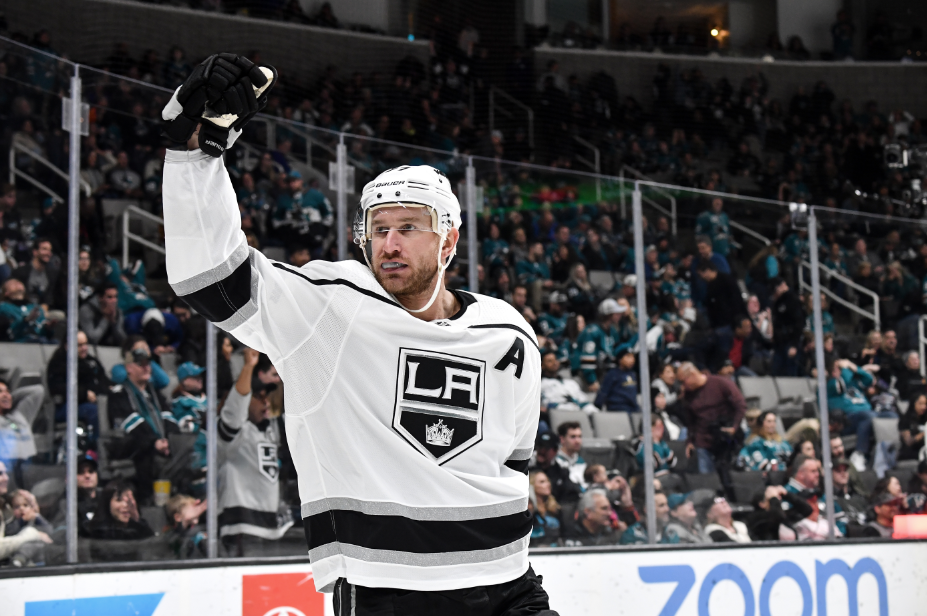 Todd McLellan on tonight’s comeback win
Good effort by our group. Obviously, to fall behind and then fight back wasn’t something that we wanted to do, but with this scrappy group that we have, we can count on a pretty good effort all the way to the end and tonight it paid off. Nice to see Marty Frk come up and contribute, use his tools, that shot that he has and the ability to find ice was real important and a good, aggressive play in overtime got us the win. All around, a pretty good team effort, it was nice to see.

On the strong play of the Prokhorkin – Carter – Frk line
We certainly like what we saw from them. If they played 20 shifts tonight, 19 of them were really good, strong ones. They got caught out for a good, extended a shift a little bit long but other than that, they were outstanding offensively. If they had the puck, they were making good plays with it, if they didn’t have it, they were forechecking and creating turnovers and fairly responsible in the d-zone. When you can find a second or a third line like that, and you can play a game like we did tonight with them contributing, it’s always a good thing.

On if a win like tonight helps ride into the second half of the season
Well, I don’t think our team is going to really cease to exist and then start again. We’re slowly climbing the mountain and we got a little break, we needed to breathe, but I think our year is just going to continue to roll on. Is it important to win right after the break, yes, it’s important for us to win on the road, but I don’t think you’ll see us putting up the dividing line between the first and the second half. I think a lot of players have grown and we need to continue on with what we’re doing and not let them off the hook or promote them too much, just let them grow.

On the way the team started tonight’s game
Yes, very happy with the start. Very unpredictable type of game after the Christmas break, but we got on our toes, we drew a penalty, power play actually looked okay, hit a couple posts, so that was a real good sign. I think our game pre-Christmas, we were just worn out. For as much as we weren’t ready to play against St. Louis, we were also worn right out, weren’t there physically or mentally. I know tonight, we had some gas back in the tank and that was important.

On Jack Campbell’s play tonight
Very calm, solid when he needed to be. Anytime you can win on the road, your goaltender probably had a real good night, so give him credit and tip your hat to him as well.

Jeff Carter on the battle back the Kings showed tonight
Yeah, I mean I thought we had a really good first period, a good start. It’s always a tough building to start in, if you can weather that you give yourself a chance. A lot of times they’re up a couple early, so a good job of getting on it early. Maybe a little bit of a step backwards in the second, but really we were still doing some good things and we just stuck with it. We were getting lots of chances all night and they finally started to go in for us.

On if it felt like a matter of time before one went in, with the chances the Kings were generating
Yeah I think so. Like I said, we generated a lot. For the most part, throughout that game, we were playing pretty good hockey, we came out of the zone pretty good, got in on the forecheck and that’s what you’ve got to do against that team. I guess that’s a good way to put it, is we felt like it was just a matter of time.

On his line tonight and Martin Frk’s performance with two big goals
I don’t know Marty that well but I’ve seen him play a few times, everything I know about him is he works his ass off and he can shoot the puck. When I get the puck, I’m looking for Marty. Maybe not the prettiest goals, but he went to the right spots and he made some good shots and I think they were both off the forecheck too. Two forecheck goals is kind of…we’re trying to build this right now, doing the right things.

Martin Frk on tonight’s win
It’s always big. You’re playing a team that’s pretty much right behind you, or in front of you, in the standings so you know you want to get ahead of them. It was a good game. I thought it was a little bit slower, but we got into it and it was good. We have a big game tomorrow in Vancouver and we have to be better, do the things that we did well tomorrow as well and bring something a little bit more.

On his line with Carter and Prokhorkin
Carter is a veteran player, he knows the way around the ice and he helps me a lot. Pro played a lot of years in the KHL, so they both have a lot of experience, so it was really good. It was the first time playing with them, so you just kind of need to get to know them quickly on the ice, but two good passes and I was in the right spot, so it was great. In the end, we did pretty good.

On being given the opportunity to play his game
Of course, I’m happy, I think I played a lot of minutes tonight to be honest, it’s always good. It’s what I did in Ontario, I got a lot of minutes, so it kind of felt like a normal game for me. Instead of being on the fourth line and getting a little bit less time, I think it was good. They helped me a lot, they made me look good today so I’m really happy for that. They’re good players and I’m happy to be a part of that line.

Postgame Notes
— With the win, Los Angeles improved to 68-68-21 all-time against San Jose, a record that includes a road mark of 28-39-12 (OT Record 11-16-24). The two teams will meet once more this season, on March 31 at STAPLES Center.
— With the win, Los Angeles improved to 11-14-1 against the Western Conference, 6-10-1 against the Pacific Division, 9-6-4 in one-goal games, 3-15-1 when conceding the first goal, 5-4-2 when tied after one period, 1-18-1 when trailing after two periods and 11-16-2 when outshooting their opponent.
— The Kings came from behind in the third period for the first time this season, and the first time overall since March 21, 2019 against San Jose at home.
— Forward Martin Frk scored twice in his LA Kings debut, his 101st career NHL game. The two points marked his first ever multi-goal game in the NHL and his fourth multi-point game.
— Forward Jeff Carter tied a season high in assists (2) and points (3), both previously set on 11/21 vs. Edmonton.
— Forward Nikolai Prokhorkin collected multiple assists and multiple points for the first time in his NHL career.
— With an assist on Jeff Carter’s game-winning goal, forward Alex Iafallo has now tallied a point in three consecutive games (1-2-3).
— Los Angeles attempted 67 shots (38 on goal, 14 blocked, 15 missed). San Jose attempted 48 shots (24 on goal, 17 blocked, 7 missed). Brent Burns led all skaters with five shots on goal and 11 shots attempted. Drew Doughty led the Kings with four shots on goal, while Sean Walker led LA with seven shots attempted.
— The Kings won 22-of-45 faceoffs (49%). Michael Amadio won 3-of-4, Anze Kopitar won 10-of-20, Blake Lizotte won 54of-8, Jeff Carter won 5-of-12, and Nikolai Prkohorkin won 0-of-1.