Waking Up With The Kings: December 20 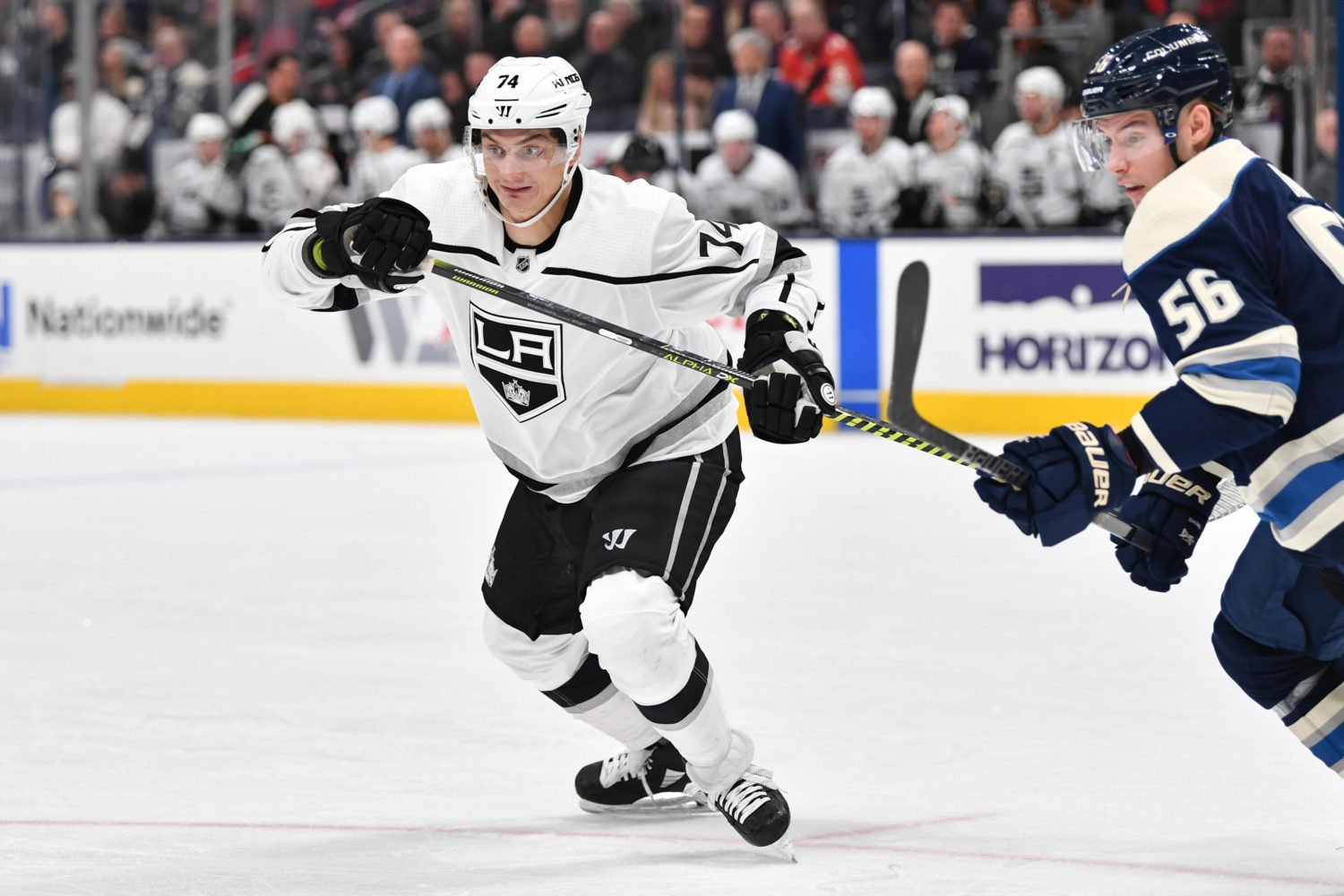 Todd McLellan referred to last night’s game as “scrappy”, as he noted that there weren’t a lot of plays made on both sides in a game that did not contain a whole lot of flow. I was trying to come up with a word besides “meh” and I think McLellan articulated the point a lot better than I could. As I watched, I found myself trying to think of things to even tweet about in the third period. I thought the Kings did a good job of suppressing shots against, really giving up just one Grade-A chance (a post by Nick Foligno, off of a delayed penalty) before the game-tying goal against. After conceding a power-play goal in the game’s first three minutes, the Kings PK unit was solid the rest of the way on its other three opportunities.

The problem was, as McLellan also noted, that the Kings didn’t do a ton at the offensive end to try and find an insurance goal that would have iced the game. Outside of a juicy opportunity for Michael Amadio, less than three minutes into the third, the Kings had a lot of shots from the point or the outside, many of which came without any sort of dangerous traffic in front of Joonas Korpisalo, enabling saves to be made too easily by the Columbus netminder. It wasn’t great, but it certainly wasn’t bad, a viewpoint I think you’d have whether you’re referring to a Los Angeles standpoint or a Columbus standpoint. For long stretches, it was just……meh.

Consider last night’s second goal from Jeff Carter as a good representation of the type of play he’s brought to the table as of late. Carter extended his point streak to five games with a second period goal, in front of a fanbase that just can’t seem to move past 2012, at least when the Kings come to town. Carter has generated shot volume in bulk this season, using shots from sharp angles, dangerous areas and anywhere in between to generate his best shots-per-game ratio since the 2013-14 season. Carter collected his own rebound by the blue paint, turned and fired quickly and showcased the goalscoring ability that he has so frequently in his career with a bardown shot. “He as an individual, volume shooting, sometimes when you shoot from a bad angle or you just turn and sling a shot to the net you can surprise people and that’s how he got his goal tonight,” McLellan said yesterday. “We need a little bit more from a few other people like that, but he in that case is doing a good job.”

Defenseman Ben Hutton was also a bright spot, as he snapped an eleven-game pointless streak with an assist in the first period. Hutton’s assist, on Adrian Kempe’s goal, was textbook shot-volume Kings. Hutton accepted a pass from defensive partner Matt Roy at the left point, waited for traffic to get towards the front of the net and fired a shot not to score but for the pads, which generated a high-danger rebound, which Kempe cashed in from close range. Hutton collected a team-high four shots on goal and a team-high six shot attempts in the defeat.

The Kings conclude their six-game roadtrip tomorrow afternoon in Buffalo, with a chance to make it a perfect 6-of-6 in terms of collecting a point. If you offered 10 points from a six-game roadtrip, probably to pretty much any team in the league, regardless of opposition, they’d probably be inclined to take it, and that’s where LA can finish with the victory tomorrow against a banged-up Buffalo team. Even now, standing at eight points, the Kings have flashed their best run of form away from home, in terms of consecutive road games with a point, since an eight-game road point streak in the second half of the 2017-18 season