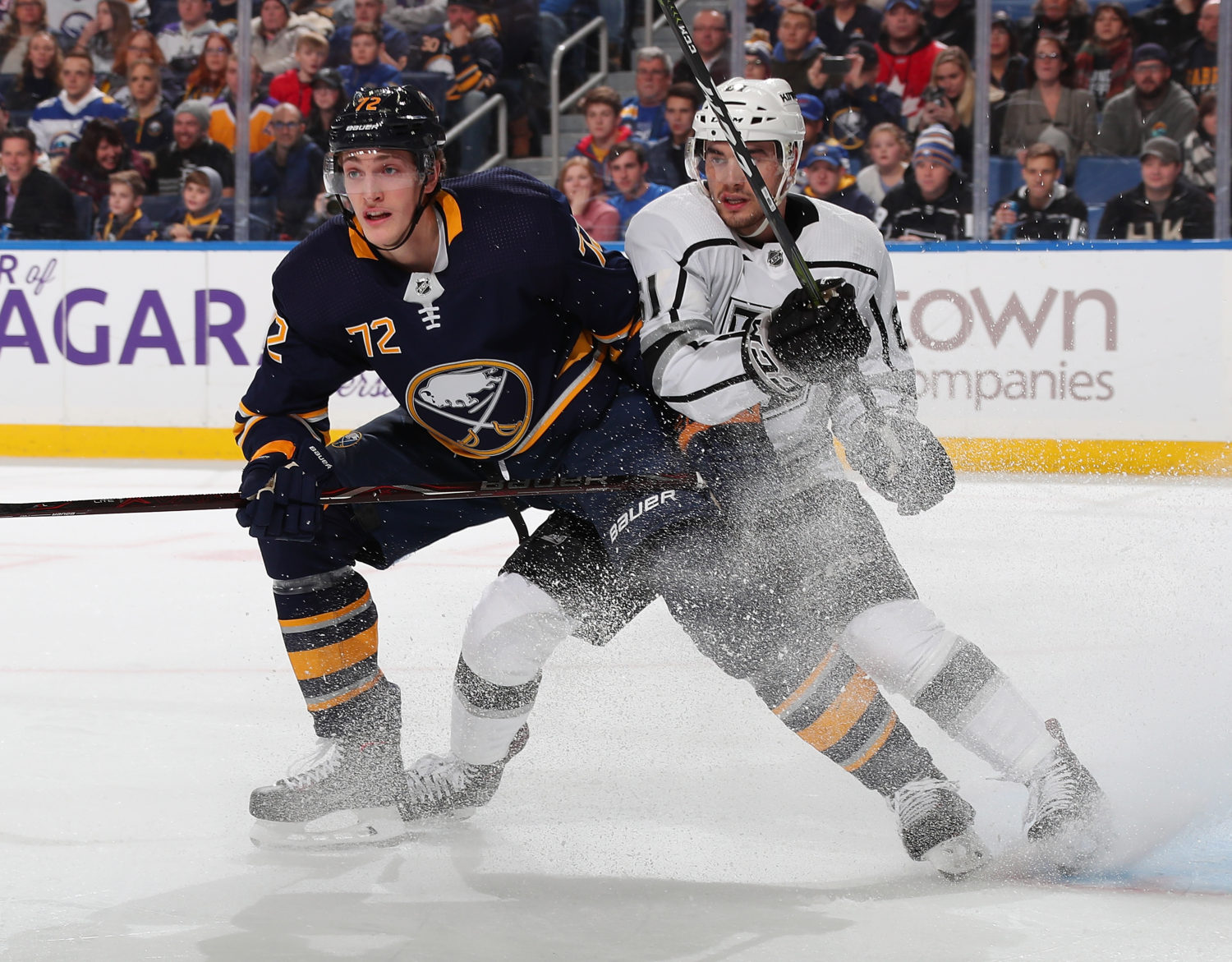 The final practice day of this long trip has come and gone. The Kings were on the ice earlier today at KeyBank Center in Buffalo, for a full-team practice before tomorrow’s afternoon meeting with the Sabres.

Today’s skate was the final opportunity to look at a practice before tomorrow’s game – With the afternoon tilt, the Kings will not skate tomorrow morning. Will we see Kale Clague’s NHL debut? Clague rotated in with the seven defensemen throughout drills today, most regularly taking shifts alongside Sean Walker, with Kurtis MacDermid taking his drills seventh of the group. Perhaps that’s looking too much into it, perhaps we see Clague tomorrow…..Todd McLellan did not confirm one way or the other if the 21-year-old blueliner will in fact play tomorrow’s game.

He did, however, share some information on what it’s like for a player to potentially make his NHL debut and the like when asked about the possibility.

“You treat him like anybody else, you put his number up when it’s time to go,” McLellan said. “You’re obviously talking about Claguer, because he’s the only guy that hasn’t played here. If we do decide to use him tomorrow, his number will be up in the morning and he’ll come and play the game. It’s nerve-wracking, it’s exciting, it’s all those things that playing your first game should be, but it’s still hockey. I think once the puck is dropped and you get a shift under your belt you just play. The tendency is that individuals have a really, really strong first game and they play on emotion. If Claguer’s in tomorrow, we’ll expect that from him.”

Clague’s teammate, Sean Walker, was in the same boat just over a year ago when he was recalled for the first time from the AHL. Walker, who plays a similar game to Clague by relying on his strong skating and puck moving skills, said the only thing to do is to just not think about it too much and play the game his way.

“I would just tell him to play his game, try not to think about it too much,” Walker said. “He’s obviously here for a reason, so just do what he’s been doing in the American League and I’m sure he’ll do just fine.”

A Walks To Remember
Speaking of Walker, we’re back in Buffalo, where Walker was thrust into opportunity one season ago.

During the second period of last season’s Kings – Sabres game in Buffalo, both Drew Doughty and Dion Phaneuf suffered injuries that limited the Kings to just four defensemen for the majority of the stretch run, with the team holding on for one point. Walker played 16:09 that night, as he set his personal TOI mark, at the time, by more than three minutes.

It almost seems to pale in comparison now, as Walker has cracked the 20-minute mark 12 times so far this season. His “thrown into the fire” moment in Buffalo is a long ways in the rear-view mirror now, but was important in his development process.

“I think that’s kind of what the league is, you’ve got to be able to play right away,” Walker said. “I think it was good for me, to be able to go out there and get tons of ice time helped a lot.”

The vast uptick in minutes, role and responsibility has shown through in Walker’s game, and his familiarity with the NHL game. Walker has begun to feel more-and-more comfortable in the NHL style of play as he closes in on 100 games played in the league.

“I’d say pretty far,” Walker said of his development from that game in Buffalo to now. “I think, at the start, everybody would say they’re a little anxious, a little nervous to begin with and just want to make sure they’re doing the right things and stuff. As it goes on, you play a lot more and coming into this year, I kind of knew what it was about and just went with it.” 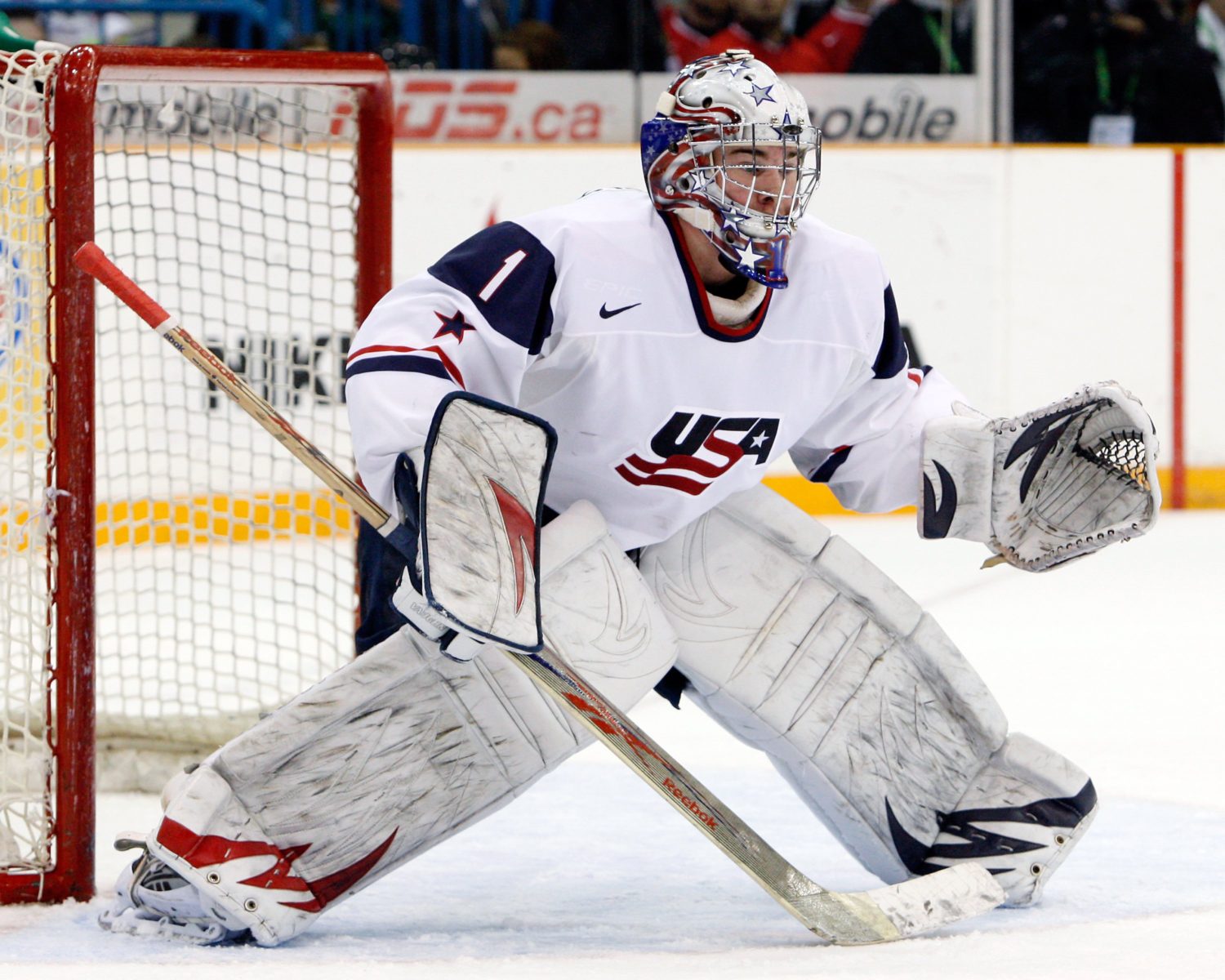 World Juniors Memories
The World Juniors tournament is coming up, beginning play on December 26, with what could be nine Kings prospects representing their respective nations, which would set a Kings franchise record and tie the most players representing one NHL team in the last five years.

Buffalo hosted the World Juniors tournament in 2018, with the Kings represented by defensemen Kale Clague, Mikey Anderson and Jacob Moverare, along with soon to be drafted forward Rasmus Kupari. The tournament also made its way to Western New York in 2011, when goaltender Jack Campbell manned the crease for Team USA.

That was the second year for Campbell, who was a part of one of the most memorable games in tournament history the year prior. With the gold medal game against Team Canada tied at three, Team USA made a goaltending change midway through the second period, inserting Campbell in for his crease partner Mike Lee.

What a situation to come into. Campbell faced 34 shots in just over 40 minutes and allowed just two goals to hold off a ferocious onslaught from their foes to the North. Campbell kept his opposition at bay for nearly the entire game, before a pair of late Jordan Eberle goals forced overtime, leading to the memorable John Carlson game-winning goal just over four minutes in. Quite the collection of NHL’ers in that game!

“Thankfully, I played quite a few games leading up to that in the tournament, so I felt comfortable,” Campbell said. “I wanted to be in there to start the game, so I wasn’t really happy about not starting, but I had a great teammate in Mike Lee. We just had a tough start, it was a 3-3 game and they put me in and thankfully they were shooting a lot, so it kind of got me going right away.”

While he was absolutely peppered, Campbell felt that the onslaught from Team Canada was actually beneficial to getting him locked in as he entered early on in the second period, after Canada’s third goal on seven shots.

“Any time you get rubber right away you kind of get comfortable and it kind of allows you to settle in,” Campbell noted. “It was fun to be a part of and any time you win a gold medal it’s special. It was fun. It was a long time ago, but it’s fun to think about.”

Fast forward one year and Campbell was the incumbent and the guy between the pipes for Team USA. For Campbell’s second tour of World Juniors duty, the tournament in 2011 was held in Buffalo, with games being played right here at KeyBank Center, then called HSBC Arena. Campbell started every game in the 2011 tournament, as he led Team USA to a first place finish in its group and an eventual bronze medal at the tournament.

“It was cool because it was the first time that the US medaled in back-to-back years,” Campbell said of the 2011 tournament. “It was a pretty big deal. Anytime you wear the US jersey it’s special, it was fun [to play in the tournament on home ice].”

Campbell finished as the tournament’s best goaltender and was named to the First All-Star Team, as he led all netminders with a .941 save percentage and a 1.70 goals against average from six games started.

We’re Talkin Bout Practice Here
Practices on a long road trip are interesting, because they can be used in a variety of different ways and there are a lot of different factors at play. Practice is the time to correct things that are wrong, but when you’re playing every other night in a different city, time spent practicing also needs to be balanced against proper body maintenance, rest and fatigue management.

“Because it’s been such a long trip, we’ve been all over the map with down time and work time,” McLellan said following this afternoon’s skate. “Obviously in Columbus, we chose not to skate. Here, with the afternoon game and the inability to access ice in the morning, we skated the day before [today] but it was a real quick, cleanout skate. We worked on, or picked one part of the game where we had to work on or address. There’s obviously many, but we thought we would need it more tomorrow than in other areas and we worked on that real fast and got them out of here so they can rest and get ready to play again.”

McLellan noted that there’s an added emphasis on video and film study/review for the players, when you can’t get to quite as many things as you might like on-ice during practice. While it challenges the mental side of the game, it offers one avenue to improve upon things while not having the team in an on the ice setting.

“You spend more time…practice isn’t physical, its mental, visual, so there’s review of video, individuals get some clips,” McLellan said. “There’s talk of situations, that type of stuff, but when you do that you take some of the senses out. I always believe that the more you can bring in that way, the better off you are, so it’s easy on video. It’s easy upstairs, it’s easy for us as coaches but throw the fatigue factor in it and the anticipation and reads and all that type of stuff when it’s happening live, it’s tough.” 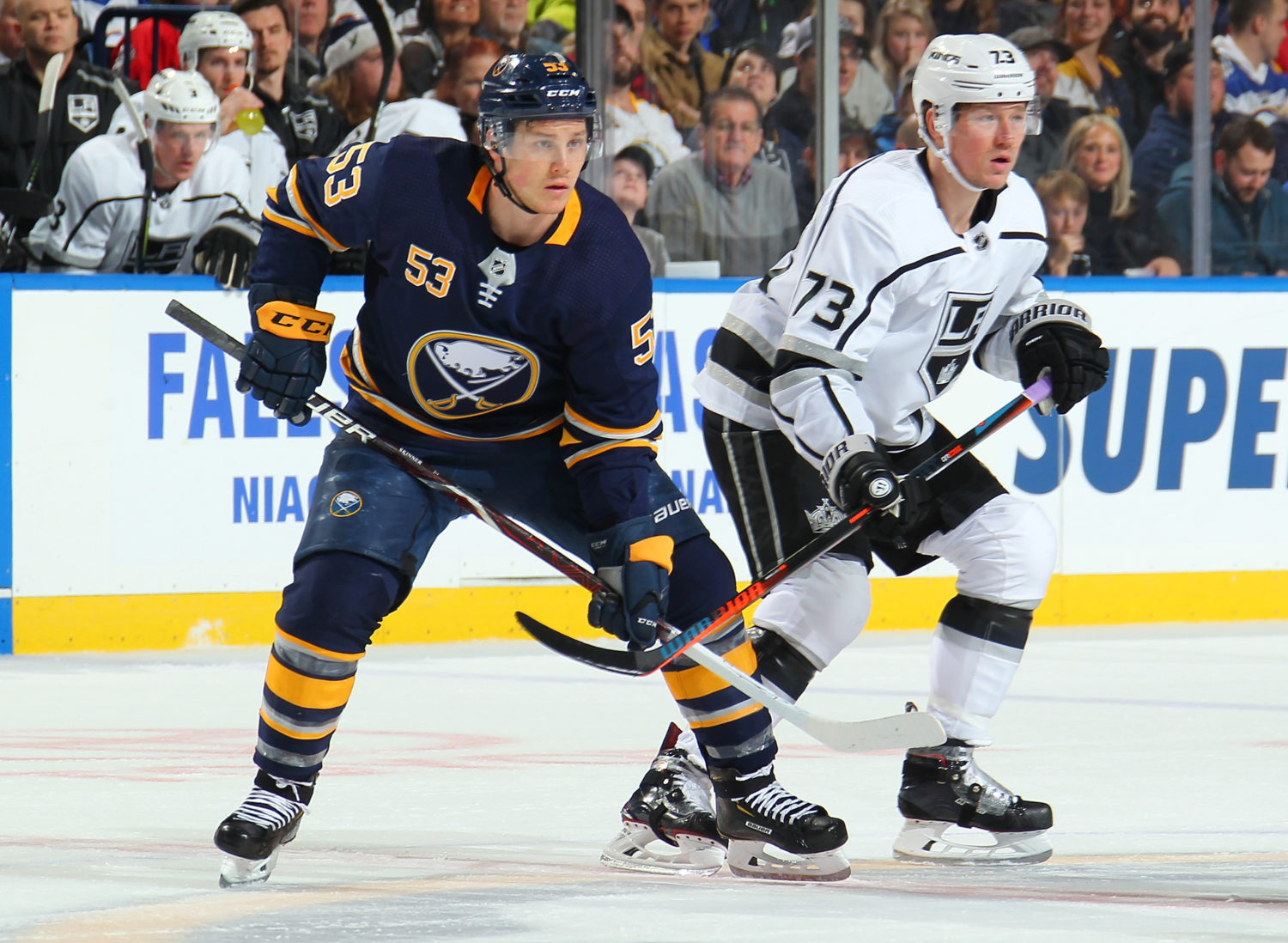 BUFFALO, NY – DECEMBER 11: Jeff Skinner #53 of the Buffalo Sabres skates against Tyler Toffoli #73 of the Los Angeles Kings during an NHL game on December 11, 2018 at KeyBank Center in Buffalo, New York. (Photo by Sara Schmidle/NHLI via Getty Images)