Waking Up With The Kings: December 18 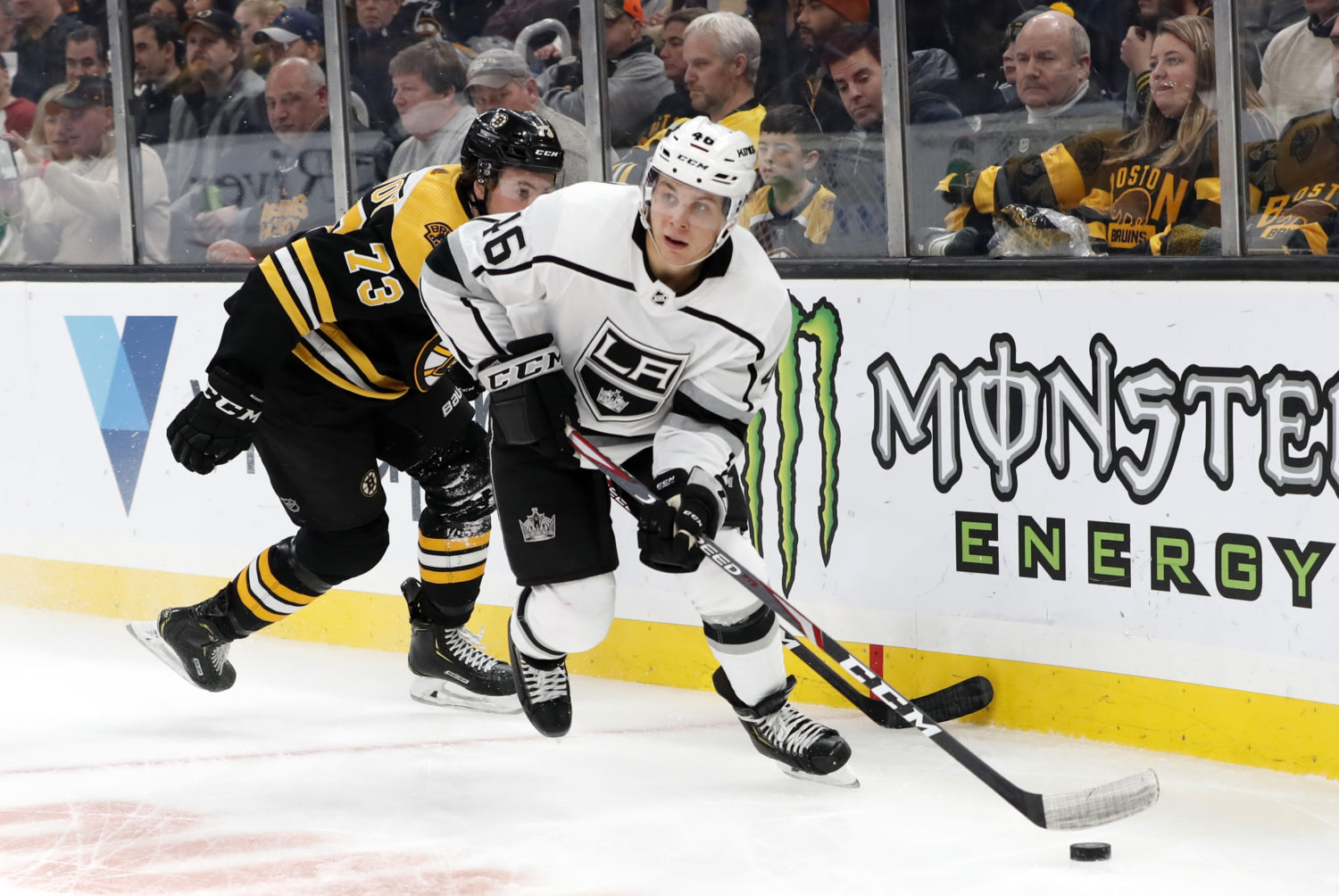 One, two, three four…..five! Five consecutive games with a point for the LA Kings, four of them wins and a 3-0-1 record in their last four games played on the road. While the team has had a habit of controlling the shot disparity as of late, last night’s game was a different kind of win that said something different about this team.

As of late, the Kings have won, or earned a point, by doing similar things – The Kings jumped out to a 2-0 lead in each of the first four games on their five-game point streak, and were able to either expand their lead, hold onto their lead, or play a whacky game in which they blew the lead and then came back. But last night wasn’t the same old story. 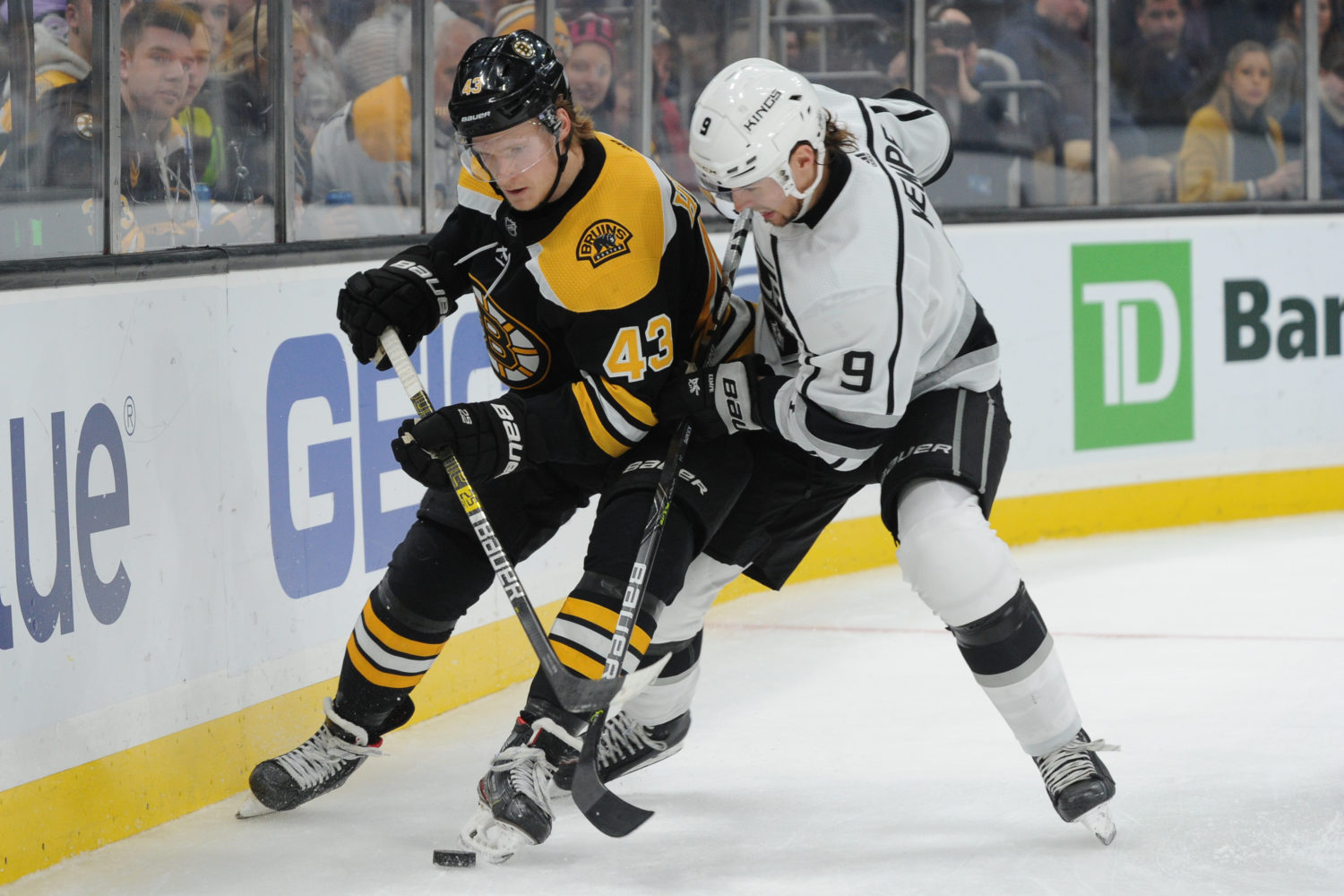 BOSTON, MA – DECEMBER 17: Danton Heinen #43 of the Boston Bruins fights for the puck against Adrian Kempe #9 of the Los Angeles Kings at the TD Garden on December 17, 2019 in Boston, Massachusetts. (Photo by Steve Babineau/NHLI via Getty Images)

The Kings were out shot and outchanced, especially in the third period, and fought tooth and nail just to stay in the game down the stretch. Though the goals against that got them to that point weren’t necessarily a bad reflection on the Kings, with one being a potential kicking motion and a second being a terribly unlucky bounce, the team relied heavily on Jonathan Quick in the third period and the veteran netminder turned in save after save to keep his team within striking distance. All the Kings needed was a goal and they got it from defenseman Matt Roy, who fired from the right point, evading all traffic in front of Rask, and finding the back of the net to force overtime. Once in 3-on-3, Quick was again huge in keeping the puck out and allowing Kopitar the opportunity to win the game. The captain delivered for the second straight game as the Kings kept things rolling on the road.

Everyone who spoke after the game talked about the importance that Quick had on last night’s victory. “You need to come up with some saves and some plays and Quickie did that for us and he’s done that all year,” Blake Lizotte said after the game. “He’s been great for us, especially these last five, six, seven games, he’s been great.” McLellan added that the resilient comeback in the third all starts with goaltending and added that Quick was “tremendous” in the victory. The third period felt like big-time save after big-time save from a big-time goaltender. It wasn’t the flashy, jaw-dropping, SportsCenter save he made on Saturday in Pittsburgh, but it was a slew of saves that you desperately need your goaltender to make down the stretch when you’re struggling to create and Quick gave them what they needed. Deservedly, for Quick and the Kings, the team rewarded him with a victory. 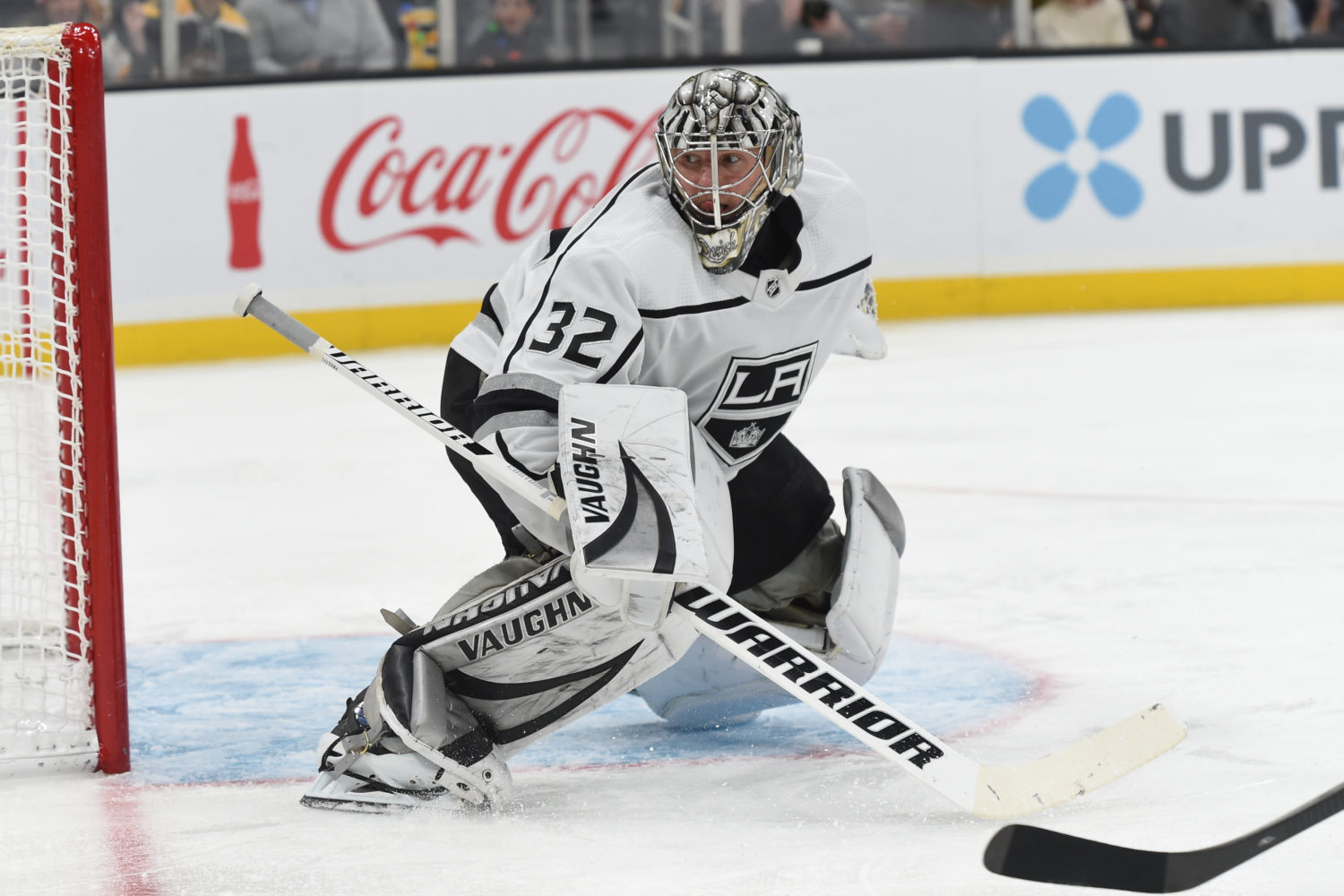 BOSTON, MA – DECEMBER 17: Jonathan Quick #32 of the Los Angeles Kings in the net against the Boston Bruins at the TD Garden on December 17, 2019 in Boston, Massachusetts. (Photo by Steve Babineau/NHLI via Getty Images)

What yesterday’s win showed is that the Kings can win that kind of game. They can give up more opportunities than they generate but they can put in the hard-nosed work, in a difficult away building against a very difficult opponent and find success. “The fact that we have developed some resiliency within the locker room that’s a real good sign, but it doesn’t surprise me that it’s in there,” Todd McLellan said after the game. “It’s a trait that’s been a part of this organization for a long time and every now and then it rears its head.” Kopitar said similar things after the game, about how no one got discouraged when the ice began to tilt in Boston’s favor, that they just dug in and “kept playing, kept plugging away” and it worked out in the end. It wasn’t the pretty win that the Kings picked up on say Sunday in Detroit, but it was pretty damn impressive.

There are still two games remaining on this six-game road trip, which means two more opportunities for this team to make a statement and continue to claw back. LA plays tomorrow evening in Columbus and ends things off with a Saturday afternoon matinee in Buffalo, a breakfast tilt for those in Los Angeles! Looking forward to seeing the continued response from this group tomorrow. 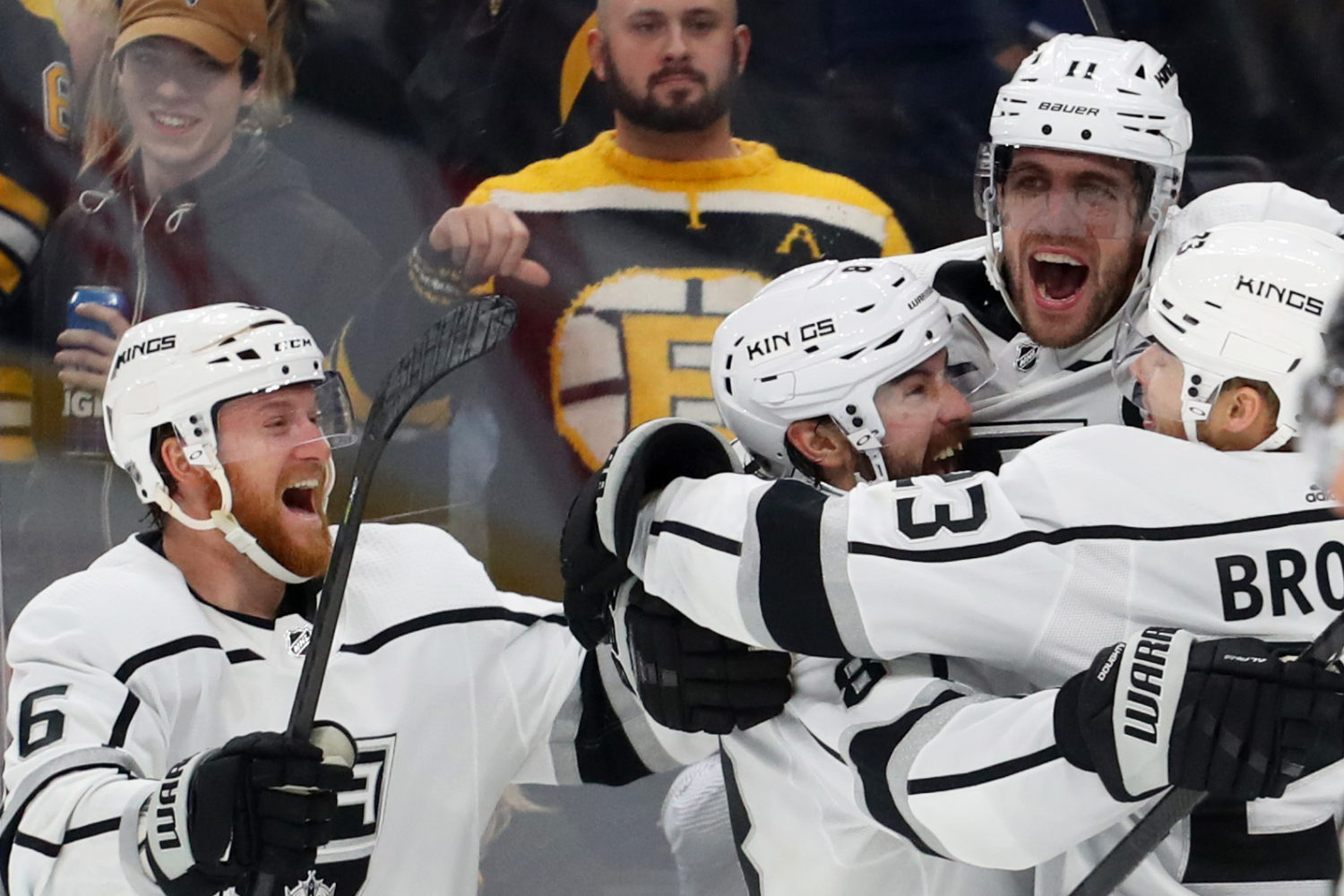 BOSTON, MASSACHUSETTS – DECEMBER 17: Anze Kopitar #11 of the Los Angeles Kings celebrates with Joakim Ryan #6, Drew Doughty #8, and Dustin Brown #23 after scoring a goal to defeat the Boston Bruins 4-3 in overtime at TD Garden on December 17, 2019 in Boston, Massachusetts. (Photo by Maddie Meyer/Getty Images)