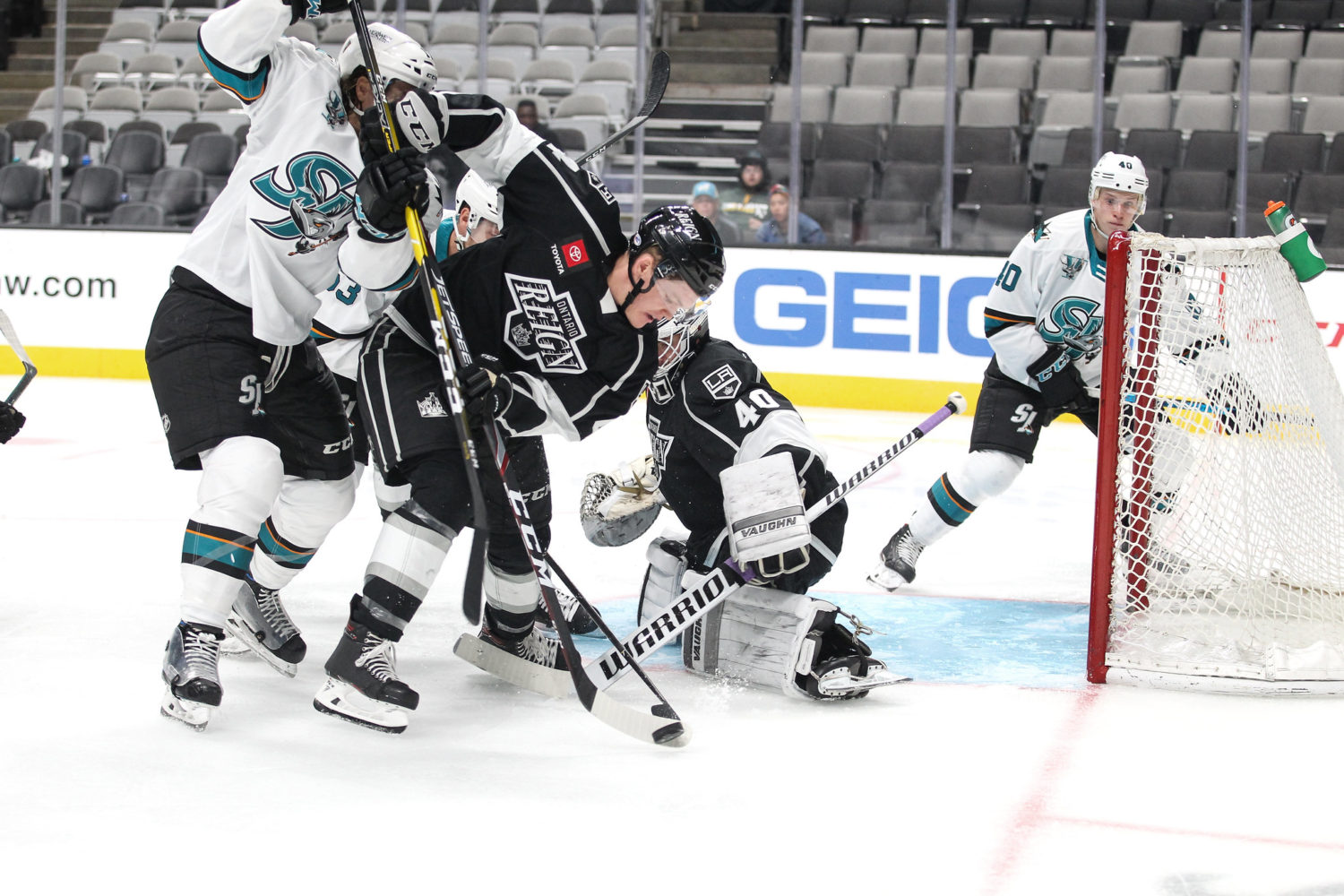 TONIGHT’S MATCHUP: The Reign hit the road for the first of three games before the Holiday Break. Ontario enters tonight’s action coming off of a three-point weekend against Iowa, including a come-from-behind, 4-3 victory on Sunday afternoon.

THE COMEBACK KIDS: The Reign have now overturned a three-goal deficit into a victory twice in their last four games. After turning 3-0 down into a 5-4 shootout win over San Jose on December 7, Ontario once against found itself down 3-0 on Sunday against Iowa, but scored four unanswered goals to earn a 4-3 victory. The three-goal victories are Ontario’s largest comeback wins of the season.

EYSS OF SPADES: Ontario forward Mikey Eyssimont capped the comeback late in the third period on Sunday, as he scored the game-winning goal with 2:59 remaining in regulation. Eyssimont’s tally snapped a six-game goalless streak and marked the third time in his last six games with a point. Eyssimont has now totaled ten points (4-6-10) and a +1 rating from 26 games played this season and is tied for third with 42 penalty minutes.

V IS FOR VILLALTA: Reign goaltender Matthew Villalta earned his first career AHL win on Sunday, as he made 30 saves on 33 shots to turn aside the Wild, including the final 18 shots he faced in the game. Villalta is now 1-2-0 in the AHL this season with Ontario and has a 4-3-1 record with the ECHL’s Fort Wayne Komets. Villalta is 1-1-0 in his two starts with the Reign, to go along with a .915 save percentage.

D-MAN SHUFFLE: Ontario and Los Angeles swapped a pair of defensemen earlier this week, with Kale Clague earning the recall to the Kings and Paul LaDue returning to Ontario. Clague leads all Reign blueliners with 15 points (6-9-15) at the time of his recall and his six goals are tied for second in the AHL amongst defensemen. LaDue returns to Ontario with one assist from two NHL games and six points (1-5-6) and a +5 rating from 18 games with the Reign.

MAKING MOVES: Ontario added a pair of forwards to its roster today in Blaine Byron and Gabriel Gagne. Byron was acquired from the Springfield Thunderbirds via trade, in exchange for future considerations, while Gagne signed a PTO with Ontario from the ECHL’s Allen Americans. Byron has tallied 13 points (5-8-13) from 24 games with Springfield, while Gagne has amassed 26 points (15-11-26) from 25 games with Allen and is tied for second in the ECHL in goals.

PICK SIX: Reign forward Martin Frk has gone multiple games without a goal for just the second time this season, but nonetheless carries a six-game point streak into tonight’s contest with San Jose. Frk has at least one point in every Reign game played in December, totaling nine points (4-5-9) over that stretch. Frk’s six-game scoring streak is the Reign’s longest of the season and is tied for the sixth longest active streak in the AHL.

SCOUTING THE BARRACUDA: Former Ontario Reign forward Jonny Brodzinski has scored at nearly a point-per-game pace with San Jose, as he’s amassed 13 points (5-8-13) from 14 games played with the Barracuda. San Jose is led on the blueline by defenseman Thomas Gregoire, who has 18 points (3-15-18) from 22 games played. Gregoire ranks tied for sixth in the AHL in assists by a defenseman and is tied for seventh in points.