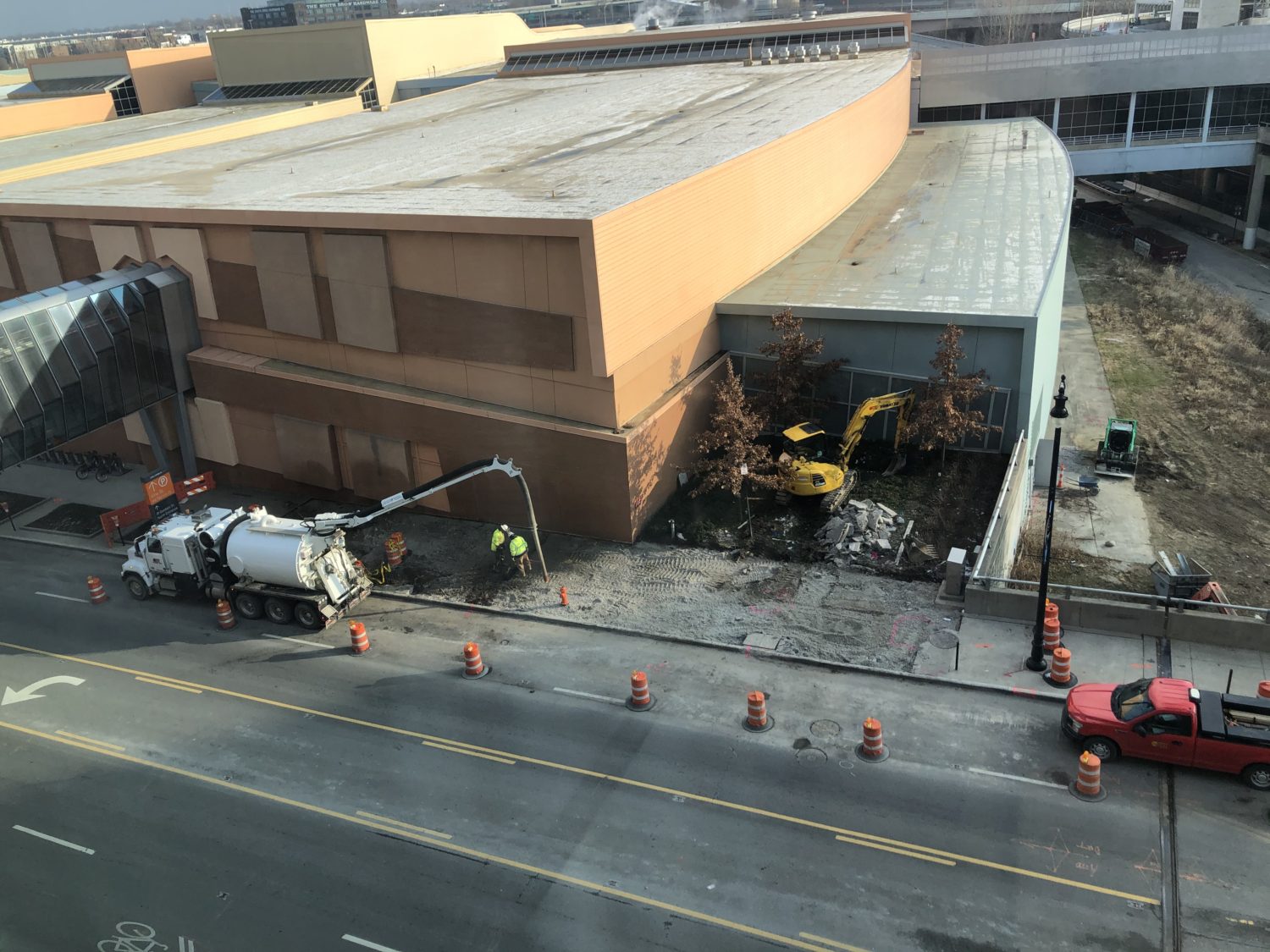 Welcome to Columbus, what a view!

O-H-I-O – Home of the state and university that whips the University of Michigan once a year in football. Also home of certainly the most unique, and possibly the best plate of chicken parmesan in the NHL (at least in the 6 cities I’ve been fortunate enough to work in). Also, much further from Boston than I thought it was….a two-hour flight and a late arrival makes for a tired morning. After a change of pace by adding Boston into the mix (and from last year a change of pace by adding a win into the mix), the Zach Dooley trip around the East Coast has resumed as we are back on course in Columbus.

I for one am excited to pay the Columbus Cannon a visit, though it would be nice if it shut up for a change. Spouted its loud rhetoric four times on the Kings last visit to Columbus and would be nice to see that not happen again. I remember a Columbus writer came in and pulled a pretty great prank on our media booth last season, by telling us that the cannon was out of commission, day-to-day, and not functioning that night. The loud blast right before the game made sure to emphatically let us know what was not true. We have a love-hate relationship, the cannon and I – I think the cannon is one of the most unique and cool features in an arena around the league, but it also signifies a Kings goal against. A real Catch 22.

Expect the Kings back in action for practice later today in Columbus at 1 PM local time, before LA and Columbus square off tomorrow evening at Nationwide Arena. Lots more to come today – Waking up with the Kings returns, plus it’s an Ontario Reign Game Day in San Jose, so we’ll preview that plus a couple of Reign-centric roster moves are incoming.