Waking Up With The Kings: December 15 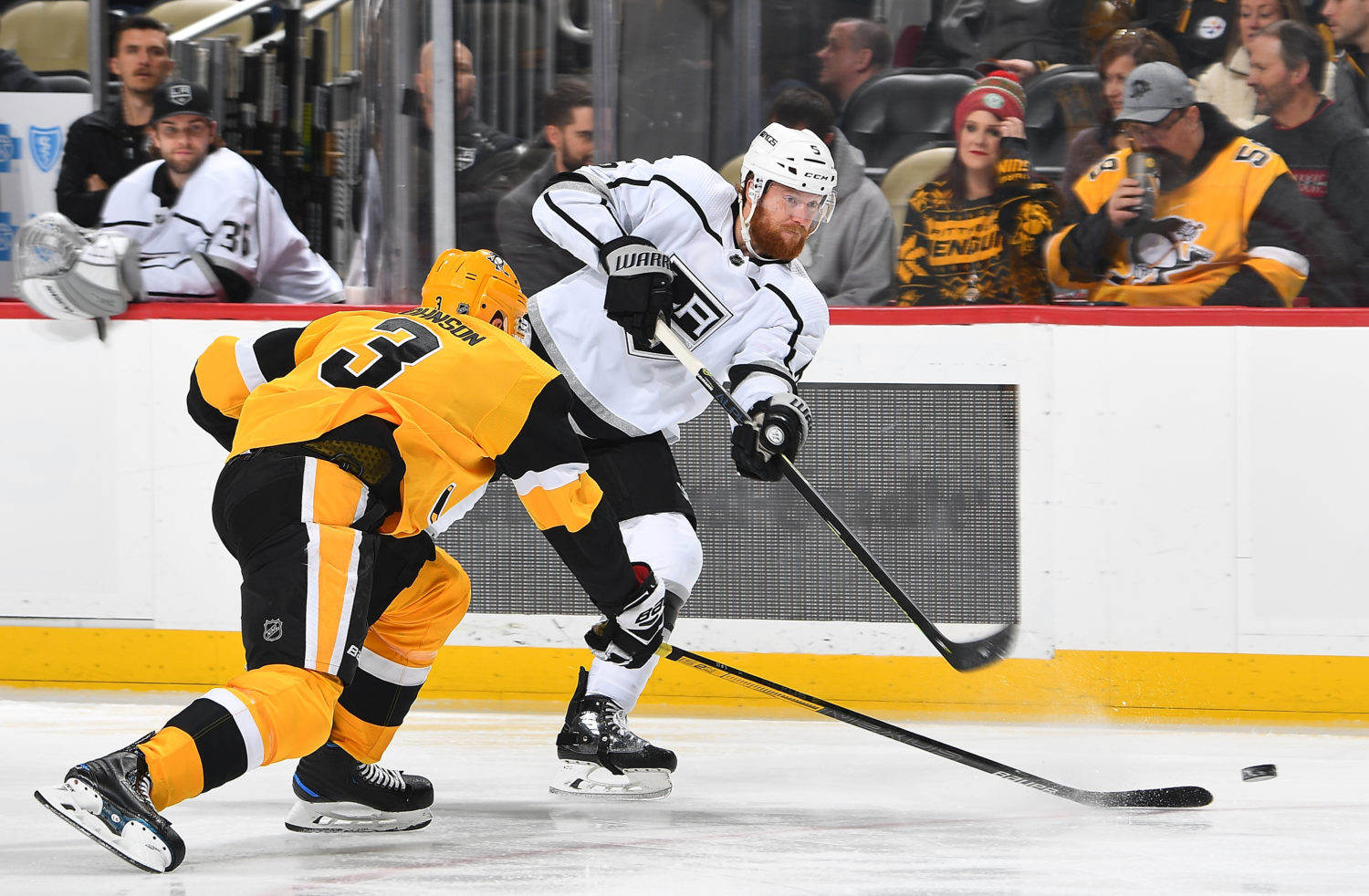 For starters, let’s start by just recapping last night’s roller coaster ride that was the Kings 5-4 shootout defeat against Pittsburgh.

The Kings opened up a 2-0 lead through 20 minutes, lost that lead through 40 minutes, went down 4-2 midway through the third, bounced back to tie the game late in the third and eventually lost in the shootout……and exhale. I mean, how often do you see a team both lose and comeback from a two-goal lead in the same game? The Kings achieved (?) the feat in a span of 32:52 last night. 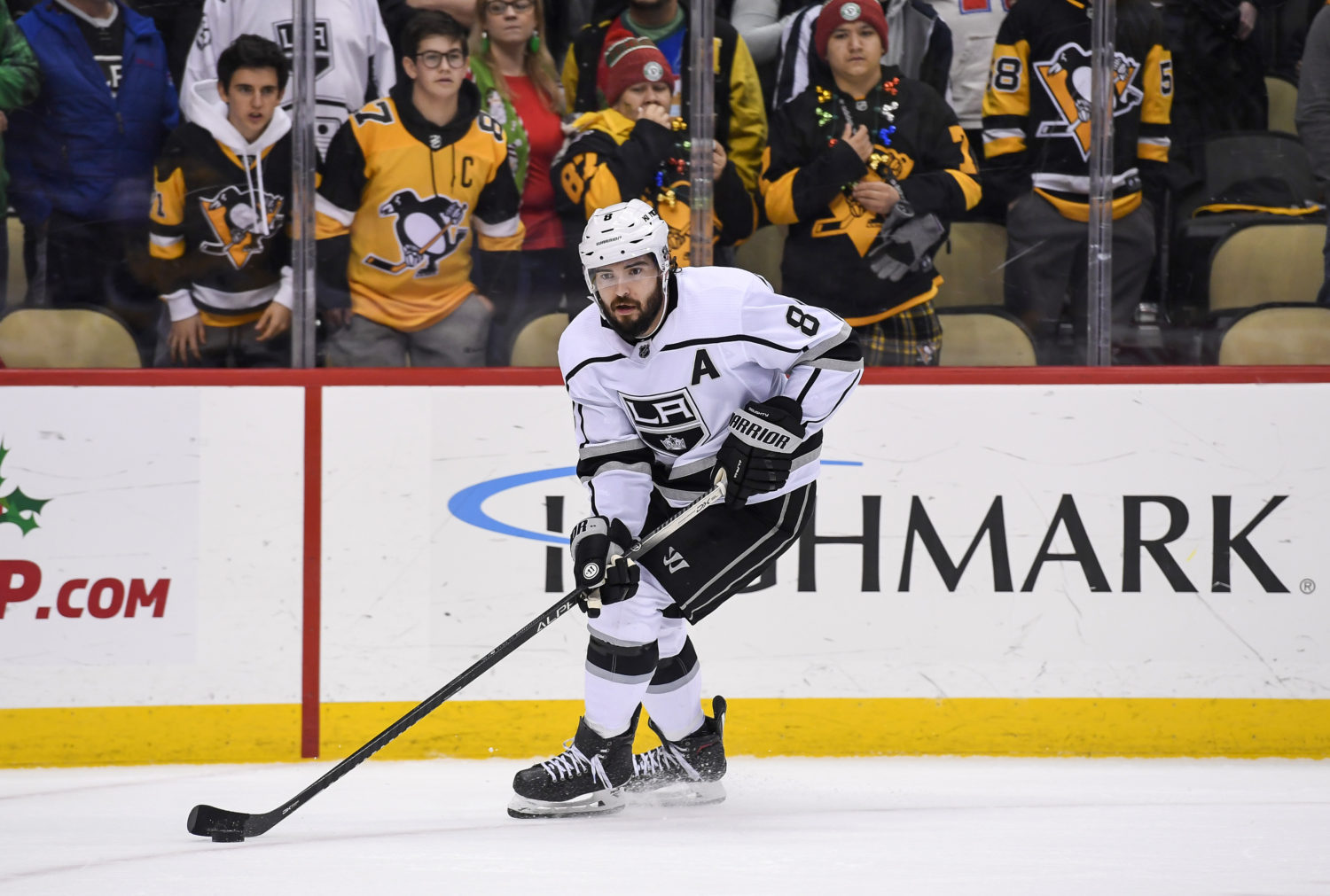 PITTSBURGH, PA – DECEMBER 14: Los Angeles Kings Defenseman Drew Doughty (8) skates with the puck during the overtime period in the NHL game between the Pittsburgh Penguins and the Los Angeles Kings on December 14, 2019, at PPG Paints Arena in Pittsburgh, PA. (Photo by Jeanine Leech/Icon Sportswire via Getty Images)

Last night’s storyline was the tale of two elements of the game. On the positive side, LA controlled the play at 5-on-5. Overall, the Kings outshot Pittsburgh 42-27 and out-attempted the Penguins 70-47, with the Kings in control 30-15 in shots on goal at 5-on-5 and 34-17 when the teams were even. As Todd McLellan noted after the game, “we are a volume shooting team, and we take a lot of shots. They’re not always high danger shots, but we believe that leads to the second and third opportunities and rebounds.” Throughout the game, the Kings generated a high quantity of shots, even if the quality of the looks was not necessarily always there. Kyle Clifford’s third period tally was a prime example of that, as Jeff Carter’s slap shot from a distance was easily saved by Jarry with the blocker han, but that shot wasn’t always meant to score, as the rebound was directed into Clifford’s path crashing down the left wing.

The Kings also showed an ability to create quality chances, at times, with really each of the other three goals representing that. Austin Wagner’s goal was a result of Blake Lizotte and Adrian Kempe using their speed to transition from zone-to-zone, while Tyler Toffoli’s goal later in that period came from Sean Walker using his own skating ability to drive down the left wing and change directions quickly to feed Toffoli in front. Walker and Toffoli were again involved on the game-tying goal, as Walker held the puck in the zone and fed Toffoli in a dangerous area, with the 27-year-old winger using his hands in a tight space to get the puck to the net and create a mad scramble that led to Michael Amadio’s tally. 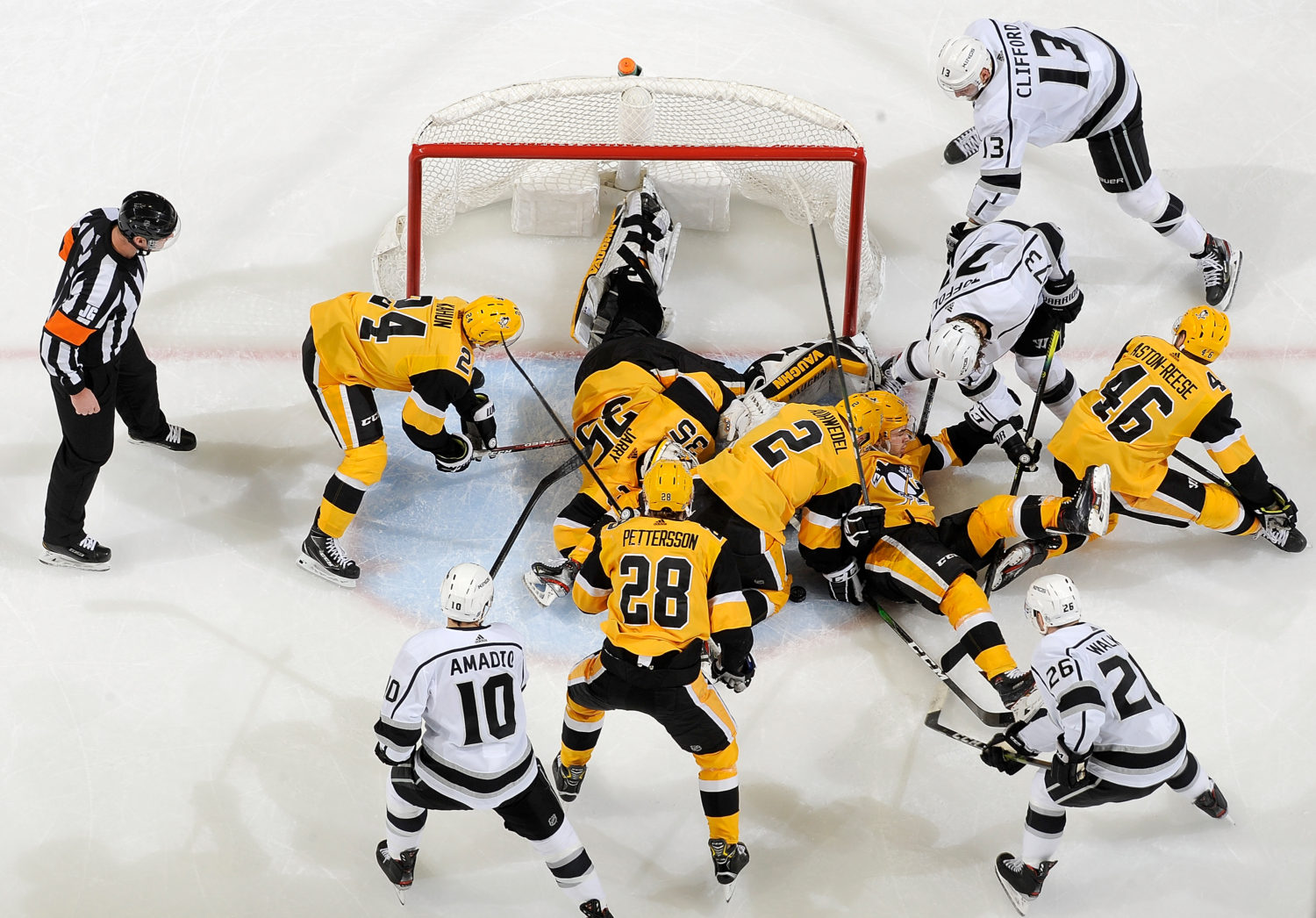 On the other hand, however, was special teams, which for this purpose is non 5-on-5 play. Pittsburgh scored both a power-play goal (in a 5-on-3 situation) and a 4-on-4 goal, while also winning the shootout battle at the end of the game. The Kings generated six shots on the power play as opposed to Pittsburgh’s four and four shots at 4-on-4 in comparison to Pittsburgh’s two, but still found itself on the wrong side of the special teams battle. It’s hard to blame the three on the ice for conceding while down two men, especially with that advantage there for more than 90 seconds. The 4-on-4 goal is one the Kings would like to have back, as former LAK draft pick Jack Johnson seemingly worked his way in between a trio of defenders, 1-on-3, but still got to the rebound first. Add into that mix that Anze Kopitar earned a penalty shot in the third period, with Tristan Jarry denying his bid through the five hole, and the Penguins getting one to go in the shootout, and the hosts won last night’s game by capitalizing on their special teams opportunities, while the Kings did not.

It was good to see the Kings score four goals when the Kopitar line was held pointless. Each of the other three units chipped in with at least one goal, with the listed fourth line chipping in with a pair of goals, including the tying goal in the third period. Sean Walker showcased this abilities on each of his two assists. His helper on Toffoli’s goal was prime example of his skating ability, not only using his speed to beat his man wide but a quick stop and start to shake his defender behind the net and feed the puck in front. His offensive zone awareness helped him to not only hold the zone late in the third, but in a high-pressure situation, he made the soft, touch pass to Toffoli in front, which led to the high danger situation before Amadio’s goal. A good showing from Walker, along with Toffoli, who produced what he needed to in both of the above situations. 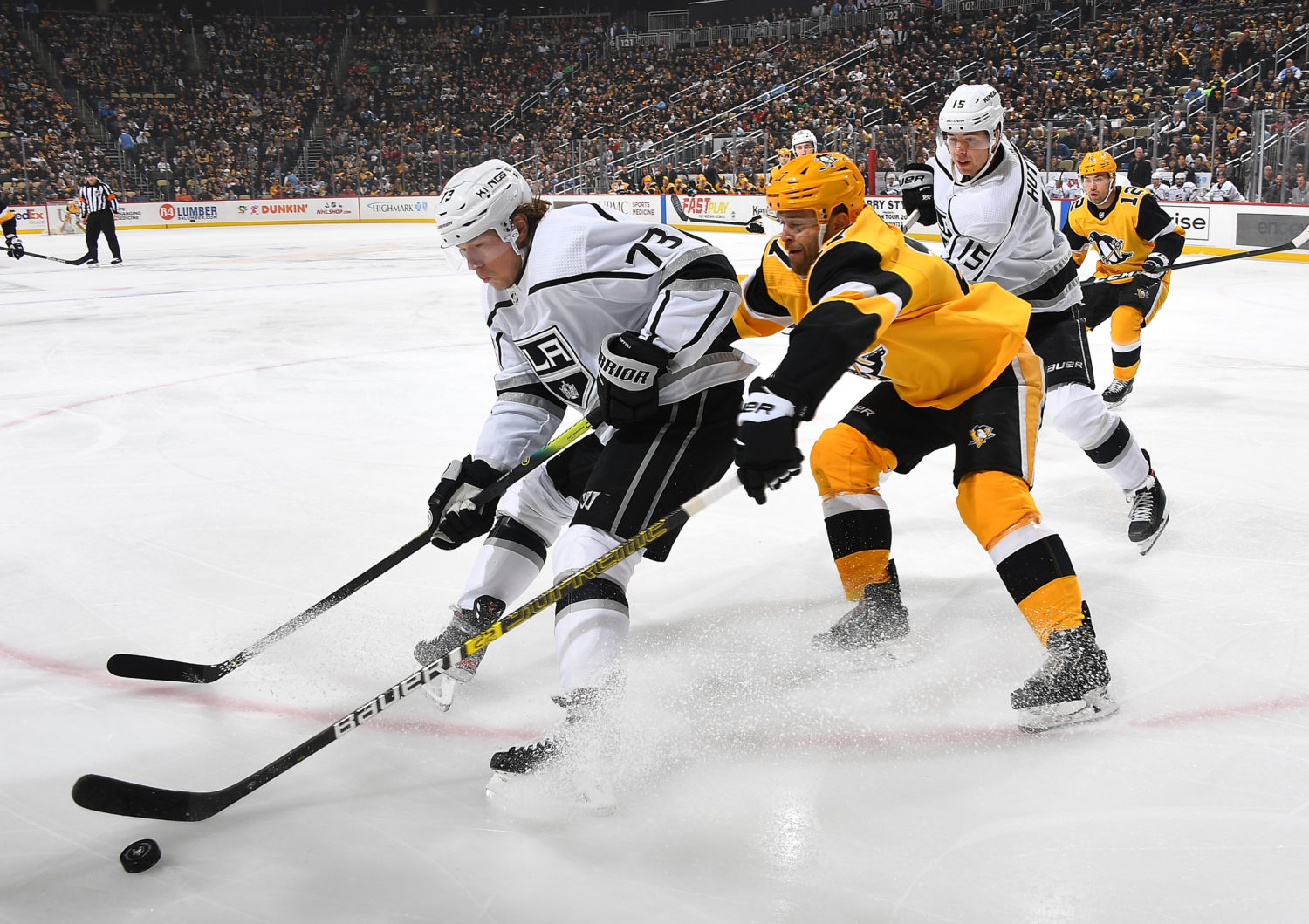 PITTSBURGH, PA – DECEMBER 14: Tyler Toffoli #73 of the Los Angeles Kings handles the puck in front of Bryan Rust #17 of the Pittsburgh Penguins at PPG PAINTS Arena on December 14, 2019 in Pittsburgh, Pennsylvania. (Photo by Joe Sargent/NHLI via Getty Images)