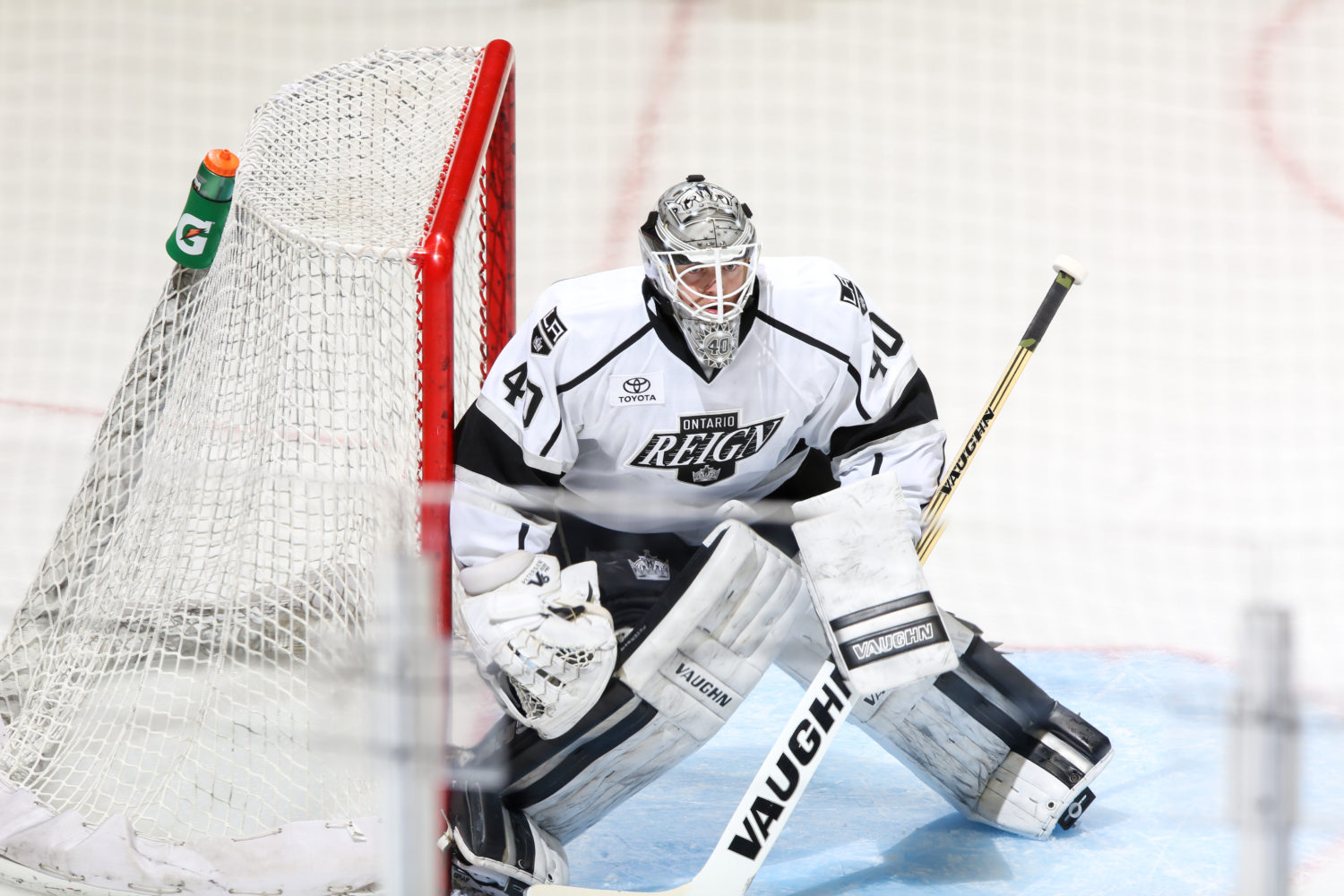 TONIGHT’S MATCHUP: The Reign conclude a five-game homestand this afternoon, with a rematch against the Iowa Wild. Ontario fell for the first time in the shootout on the season, with a 4-3 SOL last night against their foes from the Central Division.

A WILD FINISH: The Reign and Wild skated to a hectic finish to regulation last night. Iowa appeared to have claimed victory, with the go-ahead goal with 27 seconds remaining in regulation, but Ontario fought back to force overtime just 15 seconds later. This marks the second straight season with a crazy ONT-IA game in Ontario, following last season’s late-game, three goal comeback win for Ontario, featuring four goals on a single major power play inside the game’s final five minutes of regulation and into overtime.

SHORTHANDED BANDIT: Ontario scored while shorthanded for the first time all season, as forward Lance Bouma found the back of the net on the penalty kill late in the third period. The Reign scored a total of 10 shorthanded goals a season ago, with 30% of those tallies still on the roster (Brett Sutter x2, Chaz Reddekopp). For Bouma, the shorthanded tally was the first of his AHL career, and the second of his professional career (11/18/13 – CGY @ WPG).

GOALS FOR GABE: Reign forward Gabriel Vilardi continued his hot run of form, as he collected a goal and an assist yesterday to move to a point-per-game pace on the season, with eight points (4-4-8) from eight games played. Vilardi has now found the back of the net in four of his last five games, and tied the game with just 12 seconds remaining yesterday to force overtime and earn Ontario a valuable point in the standings.

THE TEDDY TOSS KID: Ontario forward Rasmus Kupari joined an exclusive club as players to trigger the Teddy Bear Toss – Kupari’s second-period tally opened the scoring for the Reign, as the stuffed animals flooded the ice at Toyota Arena. For Kupari, he scored his sixth goal of the season, which leads all first-year Reign players. The 19-year-old forward is set to join Team Finland at the World Juniors following this afternoon’s game against Iowa.

A FRK’N FIVE GAMER: Ontario forward Martin Frk extend his scoring streak to five games, as he collected an assist on Kupari’s tally. While he saw a four-game goal streak come to an end, Frk still leads all Reign skaters with 21 points (13-8-21) from 22 games played this season. Frk also found the back of the net in the shootout, as he improved to 2-of-2 on the season, and is tied for fifth across the AHL in shootout goals on the season.

MY TWO CENT(RAL): The Reign will close their slate against the Central Division this afternoon against Iowa. The Wild enter today’s action with the 4-3 points advantage in the season series to date, following last night’s 4-3 shootout victory over Ontario. Ontario and Iowa previously split their first two meetings this season in Des Moines, with the Reign winning 3-2 on December 9 and the Wild winning 3-0 the following night.

SCOUTING THE WILD: Iowa was led yesterday evening by forward Will Bitten, who collected a goal and an assist in the shootout victory. Bitten’s multi-point effort was his second of the season, and the eighth of his AHL career. Joining him with multiple points on the evening was forward Kyle Rau, who tallied a pair of assists and now has 15 points (5-10-15) from 18 games played this season.