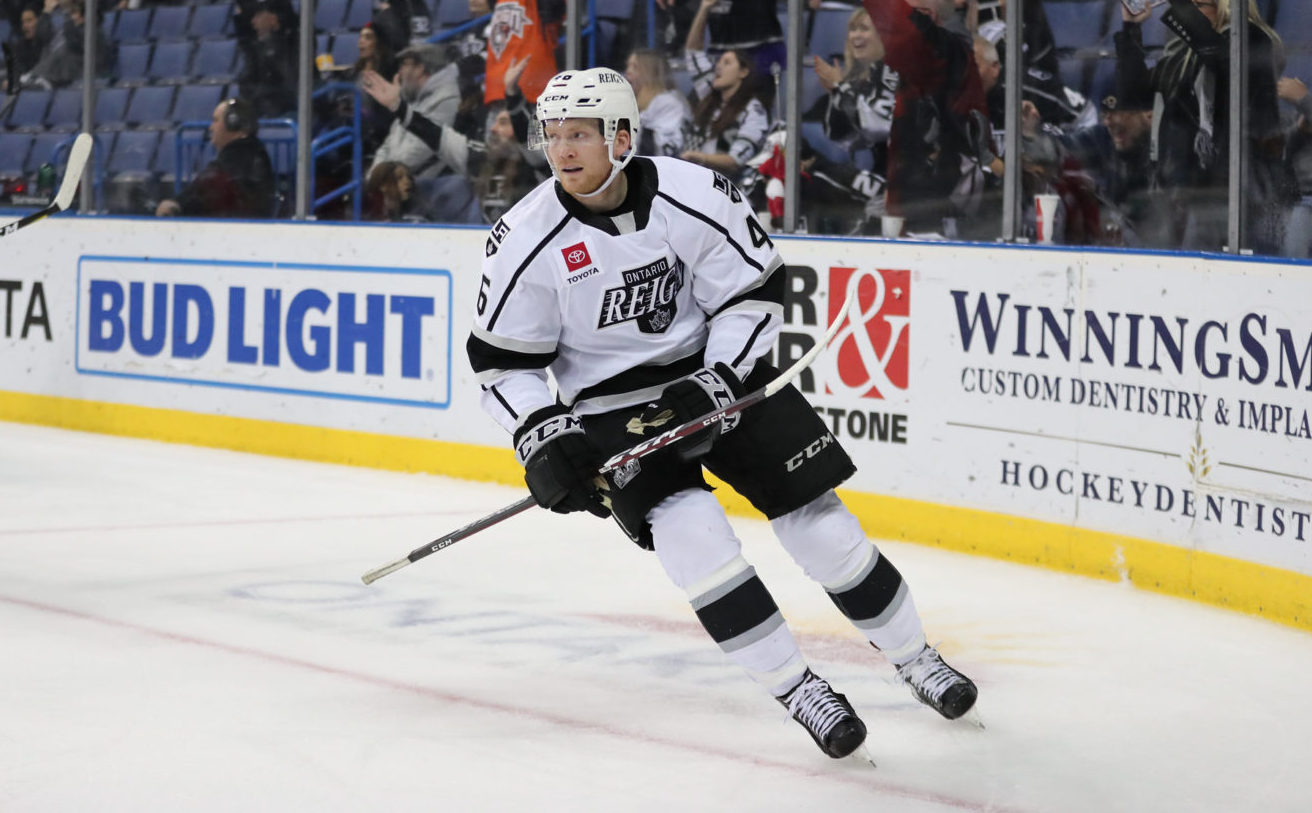 TONIGHT’S MATCHUP: The Reign are back in action on home ice, as they host the Iowa Wild this evening for Teddy Bear Toss Night in Ontario. Ontario is currently 1-1-1 on its current homestand, following Wednesday’s 3-2 overtime defeat against Stockton.

CENTRAL INTELLIGENCE: The Reign will face off against a Central Division foe for the only time this season in Ontario, as they close out the season series against Iowa. The Reign have just four total games against the Central Division this season, after they played 12 a season ago. Ontario and Iowa split their first two meetings this season in Des Moines, with the Reign winning 3-2 on December 9 and the Wild winning 3-0 the following night.

FOUR FOR FRK: Ontario forward Martin Frk continues to light the lamp for the Reign, as he found the back of the net for the fourth straight game on Wednesday. Frk has now scored in each game the Reign have played in December and his 13 tallies on the season are tied for the sixth most throughout the American Hockey League. The Czech Republic native has amassed 20 points (13-7-20) from 21 games played to lead all Ontario players.

HONEST GABE: Reign forward Gabriel Vilardi scored for the third time in four games on Wednesday, as he tallied in the third period to force overtime. Vilardi, who has multiple points twice already this month, now has six points (3-3-6) from seven games played with Ontario. The rookie forward also scored on his first career shootout attempt last weekend against San Jose to help his team to a victory.

FOR THE FLAG: Ontario will lose a pair of players, Rasmus Kupari and Tobias Bjornfot, to the World Juniors on Monday, after Los Angeles announced on Wednesday that both players would be loaned for the tournament. Kupari will appear in his third World Juniors tournament, while Bjornfot will appear in his first. Kupari and his native Finland won a gold medal last season, as he totaled five points (1-4-5) from seven games played.

PHILLY CHEESE: To bolster the Reign’s defensive corps, Markus Phillips was reassigned by Los Angeles, to Ontario, yesterday. Phillips collected six points (0-6-6) from 20 games played with the Komets, including his first career professional point on October 25. Phillips, a fourth-round selection by the Kings in 2017, previously made his professional debut on October 12 with the Reign.

POWER SURGE: The Reign converted on the power play on Wednesday, through Gabriel Vilardi’s game-tying goal in the third period. Wednesday’s tally came one game after Ontario struck three times on the man advantage in the comeback victory over San Jose. The Reign’s power-play has looked like a completely different unit at home, where it is 10-of-50 (20%), as opposed to just 4-of-54 (7.4%) away from home.

SCOUTING THE WILD: Iowa received reinforcements earlier this week as forward Gerald Mayhew was assigned by Minnesota. Mayhew is tied for the Wild’s team lead in points this season (14-6-20) and his 14 goals are tied for the second most in the AHL on the season. Iowa is without its assists leaders, defenseman Brennan Menell, who ranks second in the AHL amongst defensemen with 17 assists. Menell made his NHL debut with Minnesota on November 10.