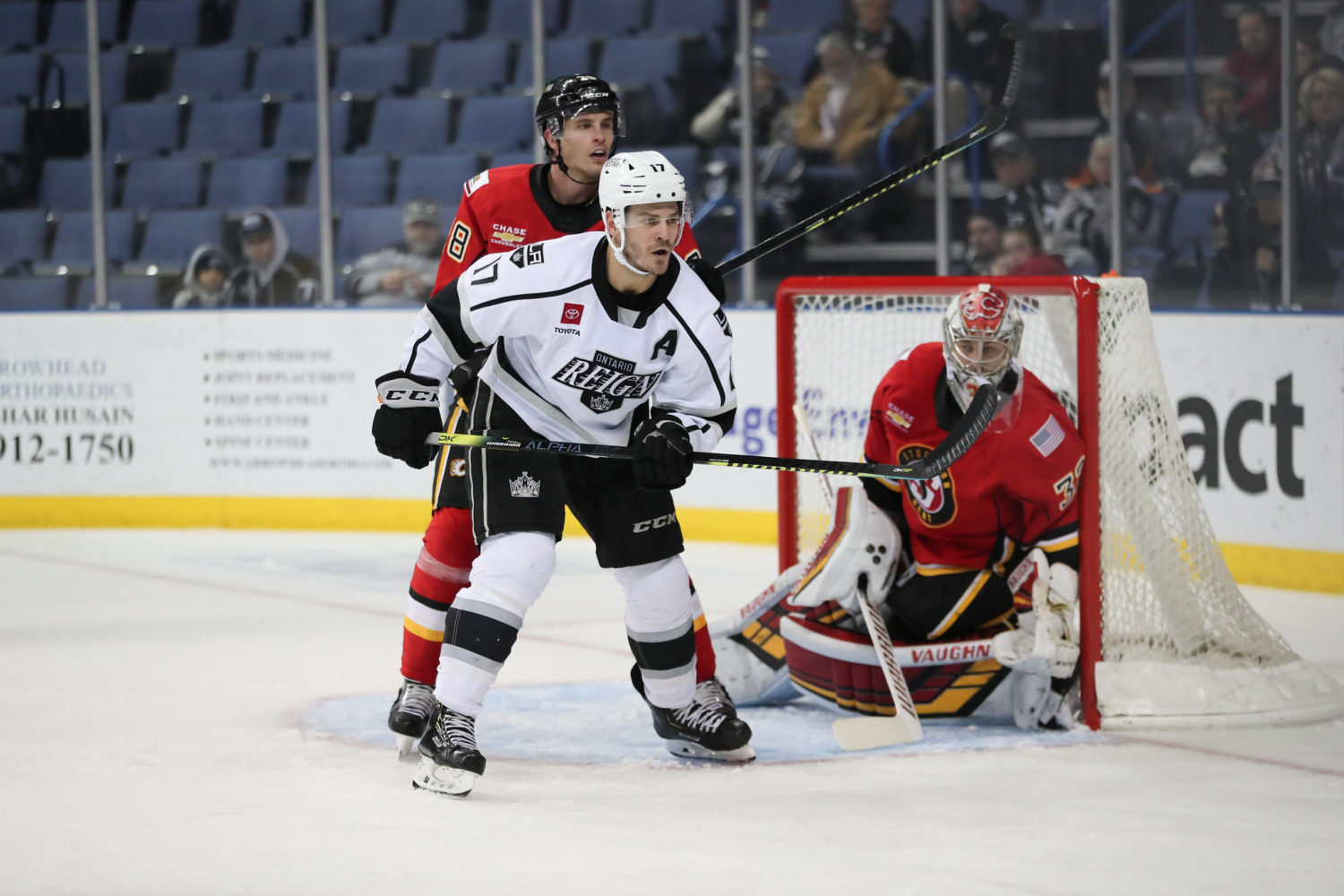 In a back and forth affair, in which the Ontario Reign twice came from a goal down to tie the game and force overtime, the hosts came out on the wrong side of a 3-2 OT defeat, following Austin Czarnik’s goal 2:15 into the extra session.

That’s not to say Ontario didn’t have its chances. The Reign did, as did the Heat in a game that could have gone either way. A pretty good midweek tilt, as Stockton earns 4-3 points advantage from the Ontario – Stockton Wednesday series that has spanned the past three weeks.

Forward Martin Frk extended his goal streak to four games in defeat, while forward Gabriel Vilardi also scored, for the third time in four games. Frk also provided an assist on Vilardi’s goal and has two points in three of his last four games with seven points (3-4-7) in total over that spell. Defenseman Kale Clague also tallied an assist and has seven points (2-5-7) over his last seven games.

In net, Cal Petersen turned in another stout performance, as he made 37 saves on 40 shots against, in what was his 24th start in 25 games for the Reign this season.

Ontario now has points in three of its last four games and looks to get back into the win column with a pair of games against Iowa this weekend. The Reign and Wild square off on Saturday and Sunday at Toyota Arena.

Mike Stothers on tonight’s game and how he felt the team played
Yeah, I thought it was a real good game, a very entertaining game for a midweek I guess. I thought our team played well, I thought their team played well and I think it’s fitting that it went into extra time and unfortunately they got the last shot that went in. I’ve said it before and I’ll say it again, no complaints as long as there’s an effort and we had that tonight. You know what, we played well.

On Martin Frk getting that one to go, and how things have gone for Frk as of late
Well he fanned on it, but that’s what goalscorers do, they just find ways to [get the puck] to cross the goal line. There’s other guys that can shoot a puck 100 times and it’s just not going to go in, but Marty’s got a gift. He’s responsible for a lot of our offense.

On the Reign PP unit’s improvements as of late
They’ve had some good looks. I think Kale’s made some real good plays on it, he’s making some great passes and Gabe’s made some good plays and I think that makes a different for it too. It’s a vital part of the game and we’ve got to get some scoring from it and we have, so it’s been good lately. We’ve just got to hope that it keeps up.