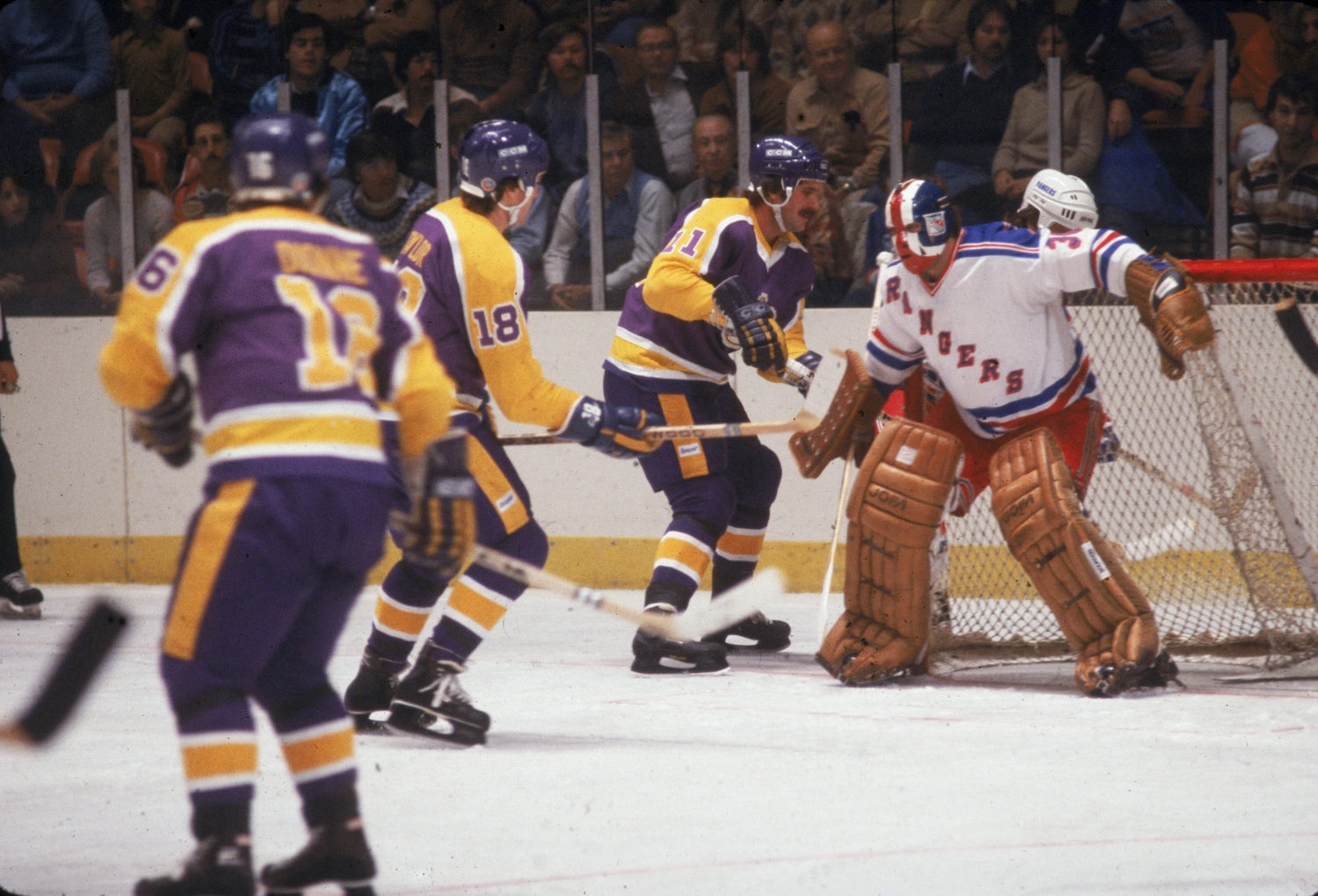 — The vitals: Jonathan Quick left the ice first and is expected to start versus New York, against whom he’s 6-4-0 in 10 career regular season appearances with a 2.50 goals-against average and a .904 save percentage. Jack Campbell remained on the ice for extra work with Paul LaDue, Ilya Kovalchuk and Nikolai Prokhorkin, so they’re probably out. An educated guess based off yesterday’s drills and the Calgary lineup would suggest a forward group of Iafallo-Kopitar-Brown, Luff-Carter-Toffoli, Kempe-Lizotte-Wagner and Clifford-Amadio-Lewis with defensive pairings of Ryan-Doughty, Hutton-Roy and Walker-MacDermid, but I suggest you wait for the song.

— An update on Alec Martinez (IR/wrist laceration requiring surgery), via Todd McLellan: “Alec is feeling better. He is obviously not participating in practice, but from what I’ve been told, the healing process is going as we expected. He’s still going to be a little while.” (Via hockey ops, he’s still week-to-week, as shared at the time of his surgery.)

— An update on Derek Forbort (Injury Non-Roster/back), via McLellan (more from Saturday): “Derek has worked hard. A little bit of a setback. Working on that right now – no clarification on timeline.”

— Their vitals: New York is coming off a 5-0 win at Vegas on Sunday, and though Alexandar Georgiev had to stand firm amidst a first period blitz, their game is at a good place and we’re not expecting many changes. “If I was a betting man, I’d say you’re going to see the same four lines, Head Coach David Quinn told reporters after the win. That would mean forward groups of Panarin-Zibanejad-Kakko, Kreider-Chytil-Strome, Lemieux-Howden-Buchnevich and Smith-McKegg-Fast. Yes, Brendan Smith, the defenseman who was waived shortly after he got into the Tousle Tussle with Adrian Kempe nearly two years ago, is part of a hard-working fourth line that’s sparked a Rangers club to a 4-0-1 run in their last five road games and within arm’s reach of a playoff berth.

“Leading group of defensemen as far as creating offense, so they are effective in a number of different ways on the breakout,” McLellan said. “They jump in, they have a good sense of timing when they arrive in the O-zone, create a lot off their shots and are pretty active. Obviously, ours and many other teams are aware of their ability to create there, so we’re going to have to pay some particular attention to those players.”

— More to come from Anze Kopitar, who talked about how he uses his shot and balances it with his playmaking while the Kings are on the power play. A preview:

— Tonight’s officials are referees Kendrick Nicholson and Tim Peel and linesmen Mark Shewchyk and Jesse Marquis. Elliot Yamin will perform the national anthem. And I would be remiss to exclude this story ($) by Eric Duhatschek and Lisa Dillman from highly recommended reads. (And not only because of the Sherman Oaks dateline or a lede that incorporates Casa Vega). Lots more to come on a busy game day, Insiders. Let’s talk soon.