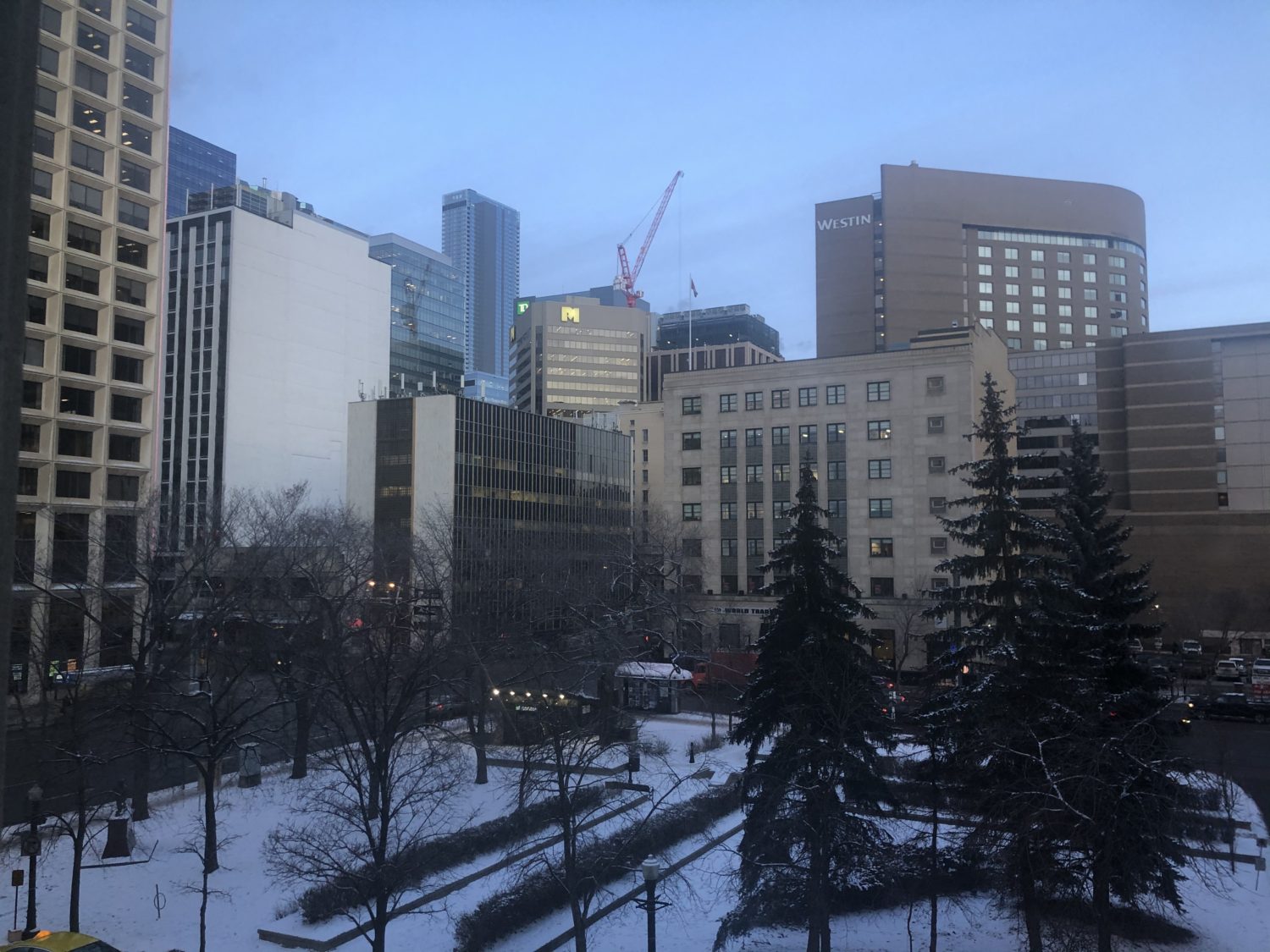 Ahhh, Western Canada December back-to-backs. Generally these trips have been squeezed in between Christmas and the New Year, and we’ll still attach a Vancouver leg onto onto a San Jose road game as a challenging back-to-back divided by a border crossing immediately after the Christmas break. But by the end of this trip, Los Angeles will have played nine of its 15 road games in Canada, leaving that one Vancouver game and the February 18 game at Winnipeg as their only two games north of the border this winter. Hopefully this improves our Sniffle Metrics data, particularly the number of sneezes on the media bus per 60 minutes.

Finally, what you’re here for. The landing. In Edmonton. Or Leduc. I’m not sure which city the Edmonton airport is actually in. Red Deer. I regret to inform you that the landing you’ve all been waiting for is very dark. There was a slight delay leaving Los Angeles, so it was basically pitch black by the time we touched down at YEG. Nothing really happens here until the Blue Lights show up about 40 seconds in:

Always a good compete level shown by the Blue Lights.

It’s chilly in Edmonton, a crisp 14 degrees upon the publication of this “article.” I think we’ll hold off on the walk to the rink and instead hop on the bus, which will leave from the hotel shortly. A morning skate and worlds of possibility await, Insiders. Let’s talk soon. 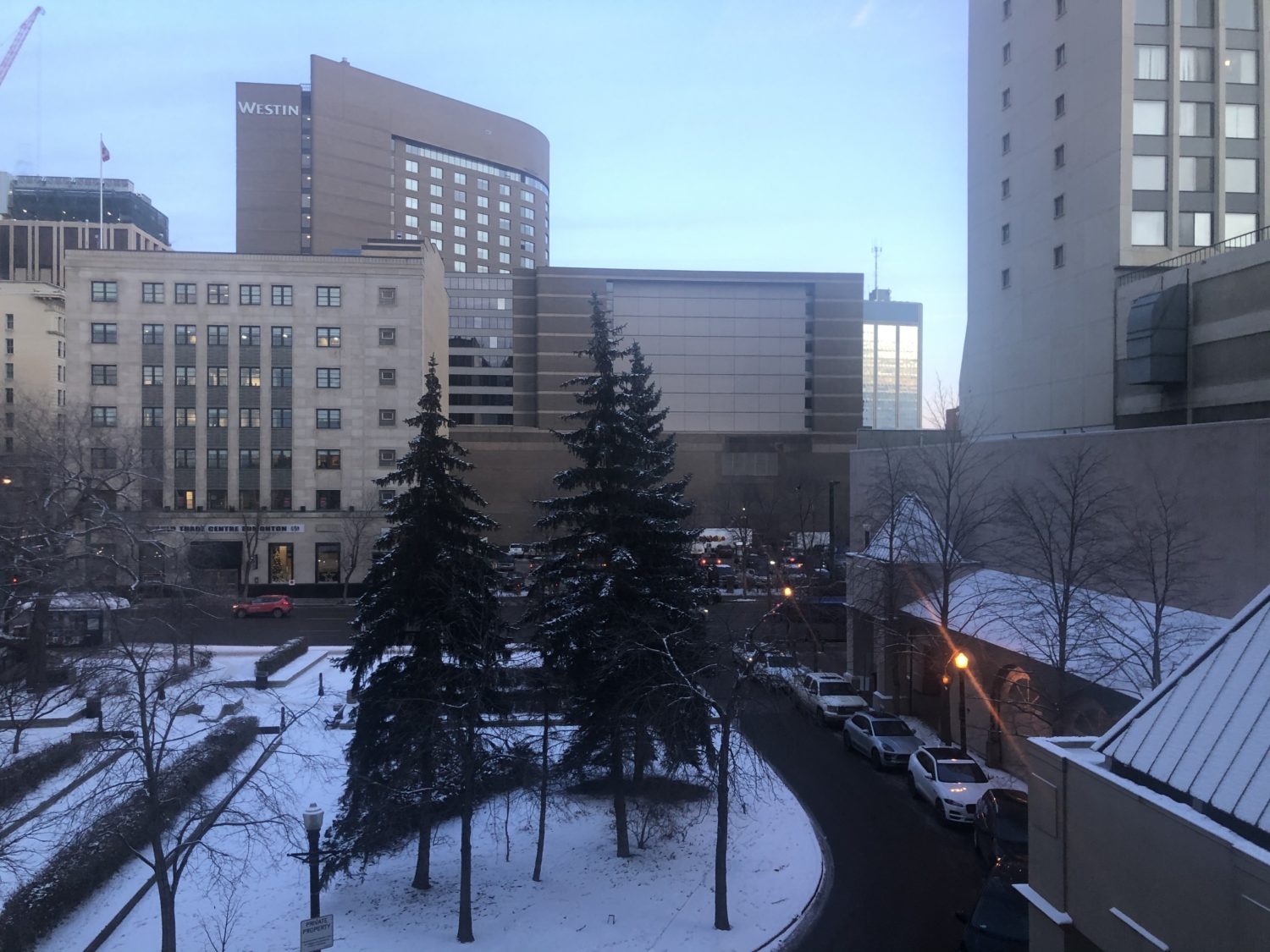