World Junior camps open up later this month, and the past week has seen training camp rosters released. Tobias Bjornfot and Samuel Fagemo were named to Sweden’s preliminary roster. Kim Nousiainen and Rasmus Kupari were named to Finland’s camp roster. Earlier today, it was announced that Lukas Parik will be one of five goalies – the lone 2001-born amidst pairs of 2000 and 2002-born goalies – to compete for a spot on the Czech national junior team. Aidan Dudas and Akil Thomas were named to Canada’s selection camp, and the strong possibility is that when the United States’ preliminary roster is announced Monday, Arthur Kaliyev and Alex Turcotte will be among those battling for a spot on the team. 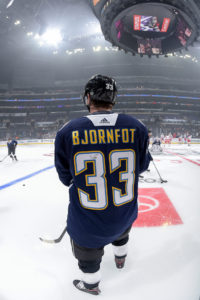 Things always change! And rather than go off an assumption, I reached out to hockey operations earlier today. I didn’t believe anything to be official at this point and didn’t want to get in the way of any necessary paperwork or communications between any player and their club and national team, and essentially, the assumption was correct. Nothing is finalized right now, and hockey operations confirmed that the Kings “have been contacted by each [national] team,” but that there were “no final release dates” with the players. 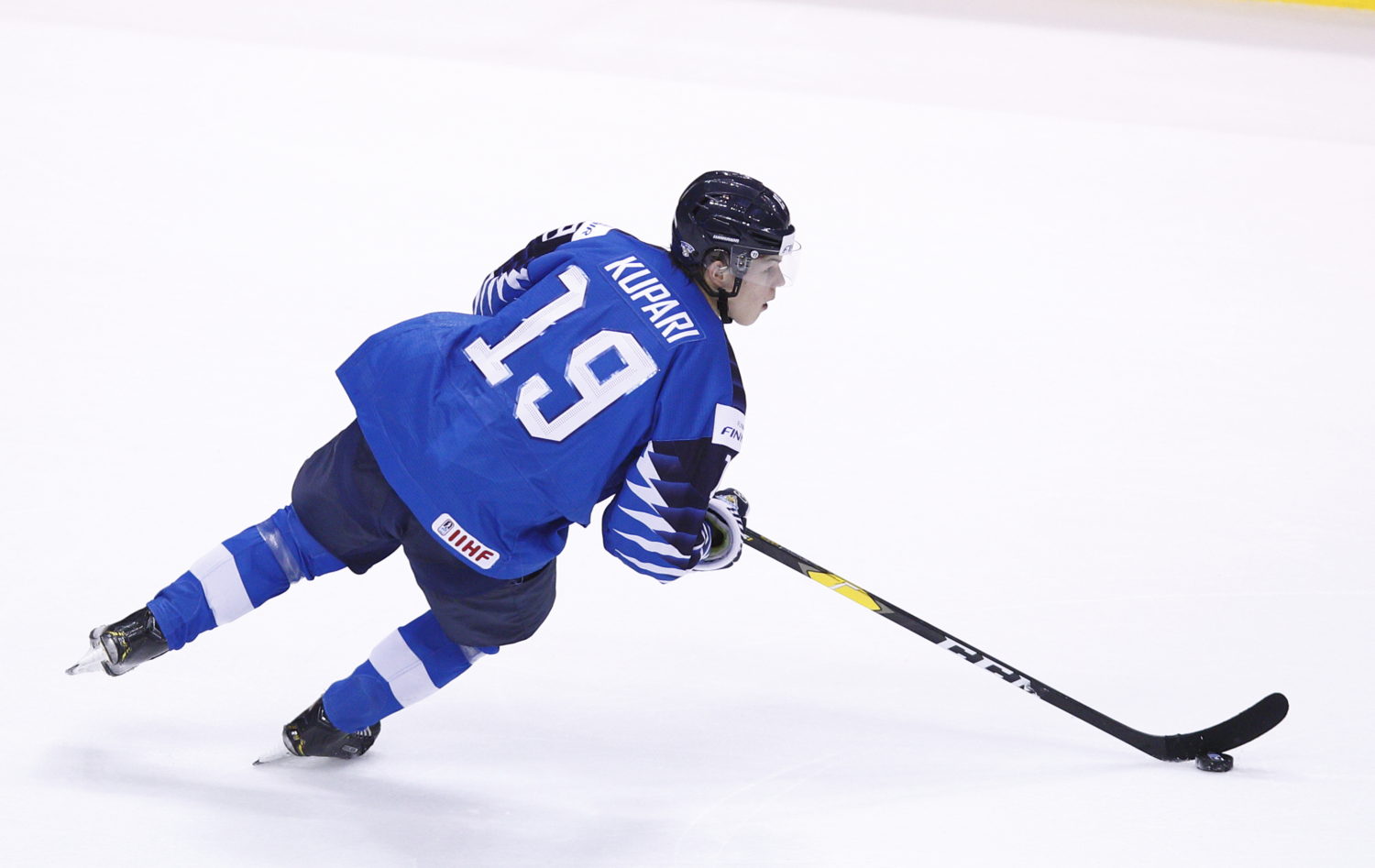 So, there you go. As for Parik, LA Kings Director of Amateur Scouting Mark Yannetti recently caught a game of his in Everett just before the Thanksgiving holiday, and Kings Goaltending Development Matt Millar caught his next game two nights later in Spokane.

But when I caught up with Yannetti over the phone from Anaheim on Monday, we focused on prospects farther east. Kaliyev and Thomas are putting up remarkably good numbers in the OHL – Kalyiev is on a goal-a-game pace – while goalie prospect Jacob Ingham has recovered from an injury and according to Yannetti is again showing good confidence in net after his season hit a speed bump shortly before he was to appear alongside other OHL prospects in the annual Canada-Russia Super Series.`(He wasn’t named to Canada’s camp roster.)

Kaliyev, who has built a tremendous “symbiotic relationship” with Arizona prospect Jan Jenik, a member of the preliminary Czech squad, has been deriving his offense from supporting the puck better in the neutral zone and from inside the defending blue line. Yannetti was insistent to give credit to Kings Player Development instructor Mike Donnelly and the development staff for their work with him and the base they’ve helped instill in his game.

“There’s a physical element that’s a little better,” Yannetti said. “It’s not close to where it needs to be, but those guys, our development staff is so smart. Playing in other areas of the ice actually makes it easier for him to get to the scoring areas. It doesn’t make sense, but his timing’s always been elite.

“Our staff has helped him recognize that there’s more into the game from the hashmarks down or the tops of the circles down. Again, he’s still got a long way to go to get there, but he’s taking a little bit more pride in other areas like compete. … It actually makes the team better. He’s actually had more offensive production because he supports the puck better.”

Conversations with Yannetti sanguinely transition between sharp and honest evaluations and passionately delivered, almost stream-of-consciousness convictions cross-referenced against those he’s scouted and worked alongside. Not all of those reviews are glowingly positive. He shared a largely positive but honest review after Thomas signed his entry-level contract in March, noting the excellent use of his stick both in playmaking and while defending, but also sounded a refrain that in order to play in the NHL, he’ll have to make improvements that are “strictly compete and strength-based.” That’s true for virtually any prospect when they’re Akil Thomas’ age, and it’s why the 19-year-old was much more noticeable in his second training camp.

“Now he’s a year older and he’s made strides but wasn’t good enough in that area, and I think he’s getting better at it,” Yannetti said. “I think our development staff does an exceptional job at getting players to buy in. It’s hard to get players to work on areas they’re not good at, you know what I mean? It’s easy to work on stuff you’re good at. Watch guys on the ice. Everybody works on what they’re good at. But our development staff does an incredible job at getting guys to do the work that they might not really want to do, and Akil, he’s gotten better and better and better every day. … It’s the buy-in with him.”

More from Yannetti on Kaliyev, Ingham and Aidan Dudas:

Mark Yannetti, on Arthur Kaliyev’s season and upcoming battle for a World Juniors roster spot:
At the summer showcase, he proved he could play well away from the puck, defend, do all that stuff. This year, he’s just taking the next step. He’s playing at a high level. It’s hard to say any one thing. Not being drafted in the first round might’ve helped him. … And the stuff with our development staff has done with him, I mean, he’s doing he did last year, but he’s doing it all better. He and Jenik have found some pretty good chemistry together, too. You have to give credit both ways. Jenik has made Kaliyev a better player and Kaliyev has made Jenik a better player. It’s a pretty good symbiotic relationship, and they both really benefited each other. When you have two smart guys playing together like that, again, his goals, it’s like (Cole) Caufield, it’s like Kaliyev. They have that knack, that scoring knack. It’s something you can’t teach. No one would’ve expected this level of play, but he certainly had it in him. It’s fun to watch. 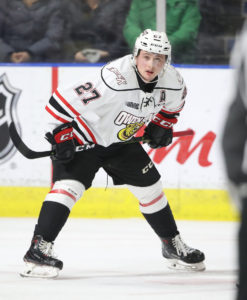 Yannetti, on Aidan Dudas’ buy-in:
I mean, there are different levels of it, but we talk about guys that have that ‘It Factor,’ and with Aidan, you always saw it under the surface, you always saw little glimpses of it his draft year. It manifested itself as the right kind of chip on his shoulder. The kid’s got questions about his size probably his whole life. So, by the time his draft year was over it turned from kind of a chip on his shoulder into more of just an internal drive, which is really how you want it to do. You can only use the chip on your shoulder for so long before it turns to negativity. (former Kings prospect) Brandon Kozun had a chip on his shoulder that was really good, and then it turned to negativity and it stopped his development. So, with Aidan, he had the chip on his shoulder for the right amount of time until he didn’t need it anymore, and then it just turned into drive. Watch him play – I enjoy going to watch Aidan play. Every time I watch him play, his will, he dictates the pace of the game. He’s improved every area of the game that needed to improve. His skating is leaps and bounds better. He’s always around the puck. He drives. That team, you said, it’s a frustrating, tough situation to be in, and his demeanor never changed, his drive never changed, his compete never changed. His will to win and make plays never changed. That’s kind of the thing we had when we won those Cups. That kind of attitude, it seemed that almost everyone on our team had that kind of attitude. It seemed like almost everybody in our system had that kind of attitude, and something special was created because you had so many people with at least different levels of that type of attitude, and as I said, if you want to see guys willing themselves to be an NHL player, you just look at him. He continues every day to put himself in more of a position to be in the NHL. If he didn’t hurt his finger, I’d have thought he’d have an excellent chance of making that world juniors team. He still might. You’d have to look it up – I don’t know exactly the seriousness of the injury. But he was a strong candidate and is a strong candidate to make that team. No one would’ve thought that two years ago.

Yannetti, on Ingham responding well from an injury:
Billy (Ranford) and Dusty (Imoo) and now Matt, I think they’ve had a profound effect on him mentally. Jacob’s always had the physical tools – size, athleticism – but last year at rookie camp, his demeanor was different, the way he attacked the puck, the authority he played with. There was a change in his demeanor, there was a change in the mental aspect of the game, and it really carried through to this year in his game. I think he was putting himself in a position to have an outside chance at [being named to Canada’s World Juniors camp], but it’s the mental approach that they’ve really done a good job with. He’s much more focused, and it shows in his play. He needed to get healthy. 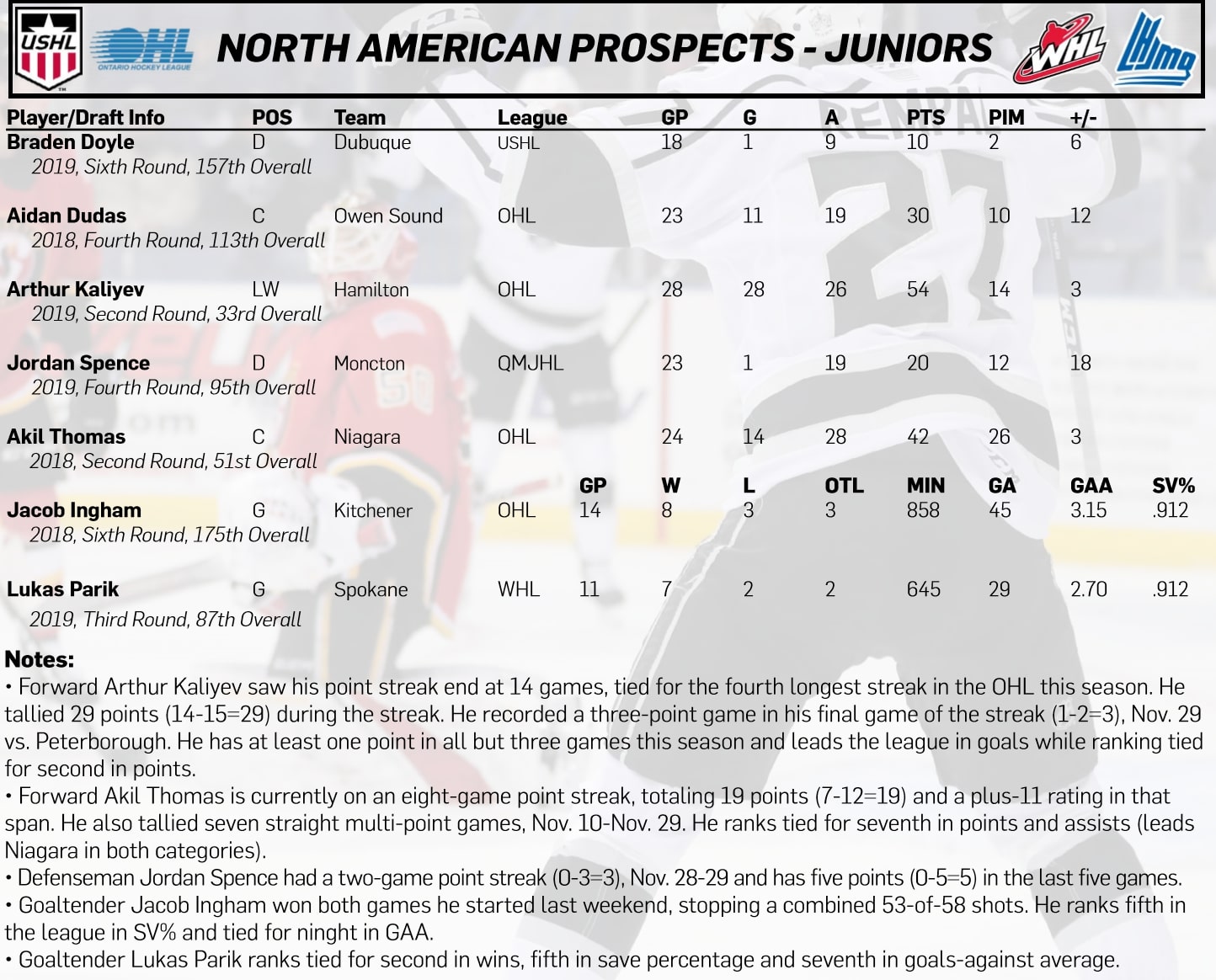