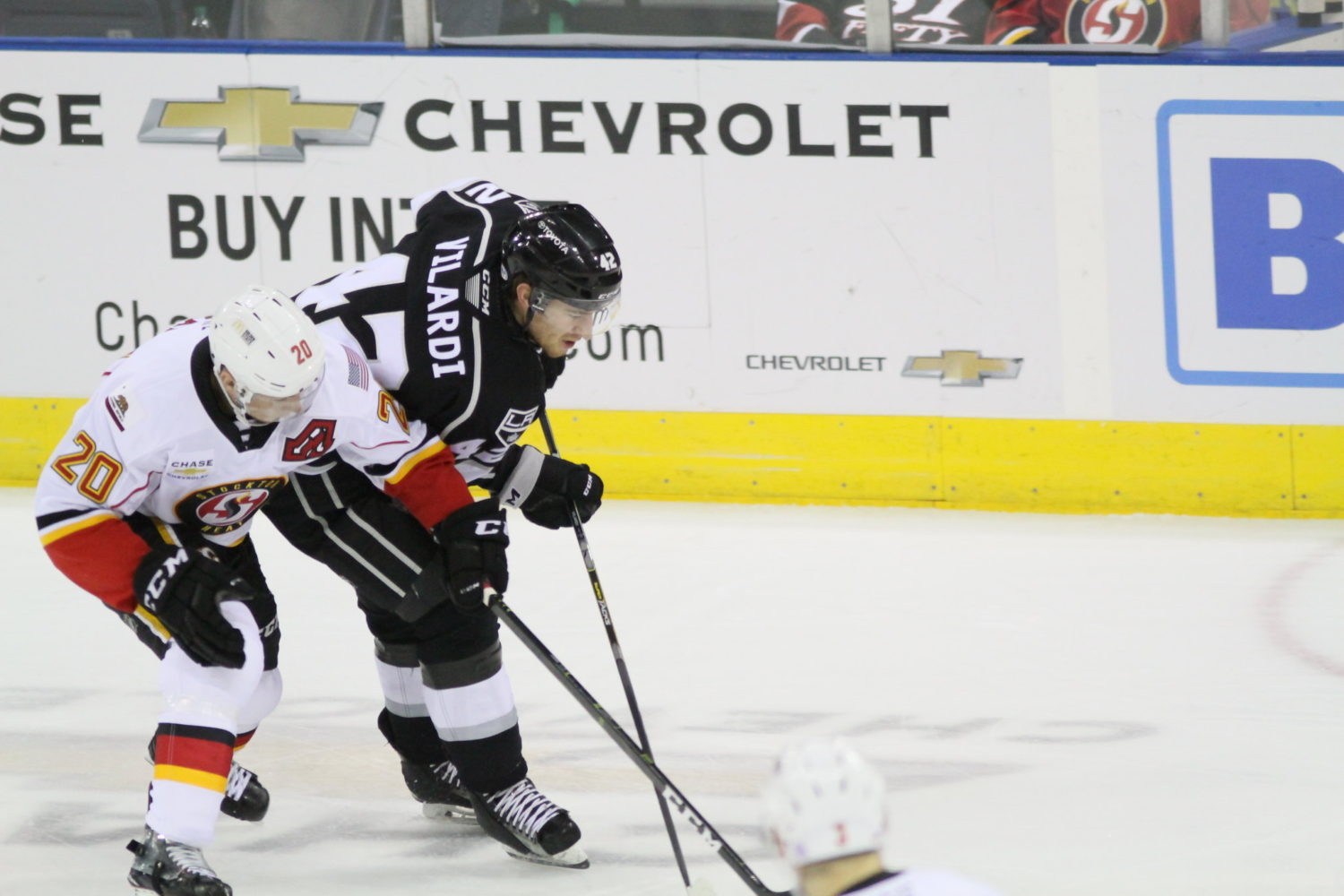 TONIGHT’S MATCHUP: The Reign are back in action with another busy week, which begins tonight in Stockton against the Heat. Ontario and Stockton meet seven days ago in Ontario, a game which ended in an 8-5 win for the Heat.

WHAT TO WATCH FOR: For the first time this season, I will not be at a Reign game….so a bit of educated projecting here. The Reign currently have 24 players on their roster, which indicates four players not in tonight’s lineup. Based on how Ontario lined up at practice this week, I would expect forwards Jacob Doty and Mason Bergh, along with defenseman Chaz Reddekopp to miss tonight’s game as scratches.

SPECIAL TEAMS STALLING: Ontario struggled to win the special teams battle during the month of November, evidenced again on Saturday against Bakersfield. The Condors scored the game-winning goal on the man advantage, while the Reign were unable to convert on nine opportunities. Ontario has scored on just 4 of 51 power-play opportunities on the road this season and has been shorthanded more times (110) than any other team.

LANCE, LANCE REVOLUTION: Reign forward Lance Bouma has found the back of the net in back-to-back games, after he scored both on Friday against San Diego and Saturday against Bakersfield. Bouma’s goal on Saturday extended his overall scoring streak to four games, dating back to November 23 in Tucson, with four points (2-2-4) over that span. Bouma has now scored five goals this season, tied for second most on the Reign roster.

PARDON MY DRAKE: Ontario forward Drake Rymsha collected his first point of the season on Saturday, as he provided the primary assist on Bouma’s third-period tally. Rymsha, who has appeared in nine games this season with Ontario, has five career AHL points (1-4-5) from 35 games played. Rymsha missed all of October with an upper-body injury, before he made his season debut on November 2 against Bakersfield.

DOWN BY THE BAYLIS: Ontario made one roster move earlier this week, assigning forward Stephen Baylis to Fort Wayne of the ECHL. With the Reign, Baylis appeared in two games, including his AHL debut on November 23 versus Tucson. Baylis has also collected three points (1-2=3) from 10 games played with Fort Wayne this season and scored his first career professional goal on November 17 vs. Wheeling.

AWESOME ALUMS: An Ontario Reign alum has scored for the LA Kings in seven consecutive games, and excluding a shutout loss to Arizona on November 18, that number increases to 10 games. The streak was extended on Monday evening, as forward Nikolai Prokhorkin and defenseman Kurtis MacDermid scored for the Kings. Prokhorkin’s goal marked his second in as many games – Read about the Russian forward’s acclimation process to the NHL here.

SCOUTING THE HEAT: Stockton scored a season-high eight goals on Wednesday against Ontario, as the Heat continue to lead the AHL in goals scored per game (4.05). The Heat are led offensively by forwards Buddy Robinson and Ryan Lomberg, who have 10 goals apiece, as well as forward Matthew Phillips, who had three points (1-2-3) against the Reign last week and leads all Stockton players with 21 points (7-14-21) on the season.