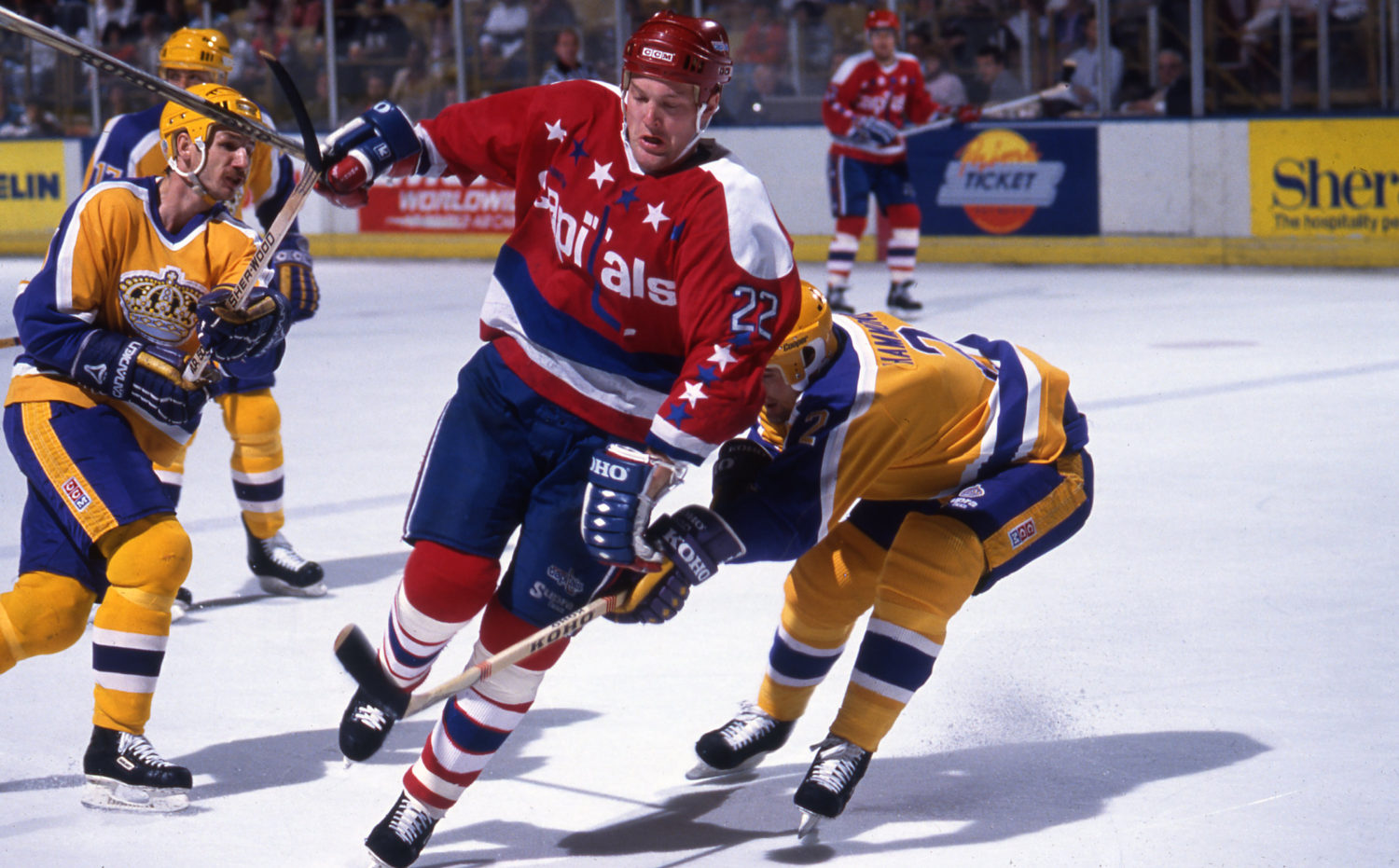 — The vitals: I wasn’t at this morning’s skate, but Jonathan Quick is expected to start in goal. In 12 career games against the Capitals, he’s 9-3-0 with a 2.55 goals-against average and a .910 save percentage. Per Lisa Dillman, Paul LaDue, Ilya Kovalchuk and Matt Luff remained on the ice to work with Jack Campbell and aren’t expected to be in the lineup, which means we might see forward groups of Iafallo-Kopitar-Brown, Carter-Prokhorkin-Toffoli, Kempe-Lizotte-Wagner and Clifford-Amadio-Lewis with defensive pairings of Ryan-Doughty, Hutton-Roy and MacDermid-Walker. We might not.

— Their vitals: Via Samantha Pell of the Washington Post, Nicklas Backstrom (upper-body) is a game-time decision tonight after missing his sixth straight game Tuesday night, a 5-2 win over the Sharks. Defenseman Radko Gudas also took a high hit from Evander Kane that resulted in a fine for the San Jose forward, so tonight’s lineup isn’t as clear as the San Gabriels after two weeks of rain. Washington’s template in San Jose had forward groups of Ovechkin-Kuznetsov-Wilson, Vrana-Eller-Oshie, Hagelin-Boyd-Panik and Leipsic-Dowd-Hathaway with defensive pairings of Kempny-Carlson, Orlov-Jensen and Siegenthaler-Gudas. Again, keep an eye on Gudas, who with Everett in 2009-10 forced our radio broadcast to alter the rules of the Country Clock Shop Hit of the Night to keep the competition fair for the other players.

Reirden said he will have an update on Gudas tomorrow prior to the team’s game vs LAK. Caps don’t have a morning skate.

Reirden said the team is hoping they don’t have to make any roster moves, but have a plan in place if they need to do so.

— Should Backstrom enter back in, it would present another wrinkle in game-planning for a team that has ably added speed and skill while retaining its hardened will and size-driven heavier play. The Caps are 20-4-5, their 45 points tied for the NHL lead. Even having missed Backstrom for the last two weeks, their power play ranks fifth – lifted by a spritely 13-for-46 on the road – with John Carlson notching 10 assists to go alongside Alex Ovechkin’s eight goals.

There are many more factors to be aware of when facing a team as strong offensively as Washington, but that feed across the zone to Ovechkin is key to limiting their in-zone effectiveness. “Obviously a lot of that’s on the power play. We all know it’s going there. We try to do the same things,” Drew Doughty said. “We’ve done well in the past maybe three or four years ago. I thought we were really good at taking that away and not allowing that, but the last couple of years I think he’s got a couple on us and we’ve got to get back to taking that away. The problem with it when you try to cheat too much, I’m one guy, they have so many other good players on that unit that they’re going to use that space you’re giving them. It’s a tough aspect, but I love playing against Ovechkin. He competes hard. We’ll usually throw a few big body checks back and forth. Yeah, I love playing against him, it’s a lot of fun.”

It’s hard to find only one singlular meeting in which both players notably channeled their physicality towards each other; there have been runs and cross-checks and smiles at Capital One Center, just as there have been entertaining one-on-one physical subplots at Staples Center. As always, expect to see a healthy amount of Doughty-Ovechkin match-ups tonight – as well as the pure, unadulterated enjoyment of playing hockey.

“We have a lot of respect, obviously, for each other,” Doughty said. “And when we’re off the ice at the All-Star Game or something like that, I’m going to talk to him a little bit. He’s a great person, a great guy, and he’s really funny actually. But once we get out there, we play each other hard and we know it’s going to be a battle.”

–There was an interesting question-and-answer session Tuesday (stick taps to Zach Dooley for passing it over) between Todd McLellan and a handful of reporters curious about how the approach of coaching and building relationships with players will evolve in the publicized events that emerged last month, which included, in the case of Bill Peters, a racist denunciation directed at former Blackhawks prospect Akim Aliu, and in the case of several others, overly physical outbursts to spur players towards better performances.

“I think the line between right and wrong is pretty clear,” Todd McLellan said. “The line between pushing a player – and again, I’m not talking physically – and getting the player to maximize his talents and to get a team to pull together and go further into their toolbox, if you will, than they ever had, is delicate and sometimes feelings are hurt.”

McLellan shared that “there’s never intention behind it” when it comes to damaging a player’s feelings, and that it’s a two-way street. “There are a lot of days I go home and my feelings are hurt a little bit too.” Sometimes he wishes he’d used a different approach with a player – perhaps something more direct, perhaps something that could be dealt with less coarsely. It’s something he spoke recently about with his son, Tyson, a senior at the University of Denver who grew up thoroughly immersed in the sport.

“I asked him the other day, and he said, ‘dad, I’ve been called basically everything you can think of on the ice,’” McLellan said. “It’s in the battle, and sometimes we forget that’s the workplace too, player-to-player and the trash talking that goes on in every sport, and he said to me, ‘it doesn’t affect the way I play. It’s water off my back and away we go,’ and I think most players would tell you that. But there still is crossing the line in that situation. I think players and coaches, 99.9% of the time, do a really good job of not crossing the line.”

As a good communicator, the understanding is McLellan is direct without being overbearing or insulting, and in the back-and-forth he articulated the nuances of coaching 23 different players, each with their own needs and preferences to be handled.

“I think we all take stock of our careers at some point on a regular basis, not just when there’s crisis or whatever you want to call it,” he said. “We take stock, we think of situations and you feel good about something that you handled, and ‘if I could have a do-over in that situation,’ it doesn’t mean you did anything wrong, but maybe the tone of voice you used or the direction you gave can be dealt a little firmer sometimes, or a little softer. Two boys at home, I could deal with one a certain way, and if I tried it the same way with the other one, forget about it. That’s just how it is being a human.”

Todd McLellan, on the “old school” versus “new school” methods of coaching:
Well, I played – I’m going to sound really old. Hey, Foxy, playing? You were older than me, I think, so I’ll use you as an example. The game, it was just different. And the best analogy I can use is my elementary school experience is completely different than the elementary school experience that my kids went through. No one stands in the corner anymore, nobody puts their heads on the desk, ears aren’t pulled and you don’t go to the principal’s office to see or get the strap. Society’s changed, and the coaches that I had growing up did a tremendous job for me as an individual – hockey and life – and I’m appreciative of them. The soft side, but the hard side as well, they helped me by being hard on me, and I hold no ill will to any coaches that were direct with me or pushed me not physically, but pushed me to become a better player and challenged me. The best schoolteachers I had did that as well, and the best parenting moments that my mom and my dad gave me were those situations. They were supportive, but they were pushing. They had expectations and beliefs for my brother, my sister and I, and we did everything we could to live up to them.

McLellan, on whether it’s important that the players like him:
I care a lot more about them respecting me. It’s easy to be liked. You have to earn the respect. That comes through a lot of different avenues. One, the player’s got to know you care about them, and not just whether they win games or lose games, but how can we halp that individual? You’re usually liked when it’s going well and players are getting big contracts and they’re moving on, and you’re usually disliked when it doesn’t quite work out. Everybody shares in the responsibility both ways – the player and the staff and the coach and the development team and the agent, the parents, everybody. It’s a shared responsibility. 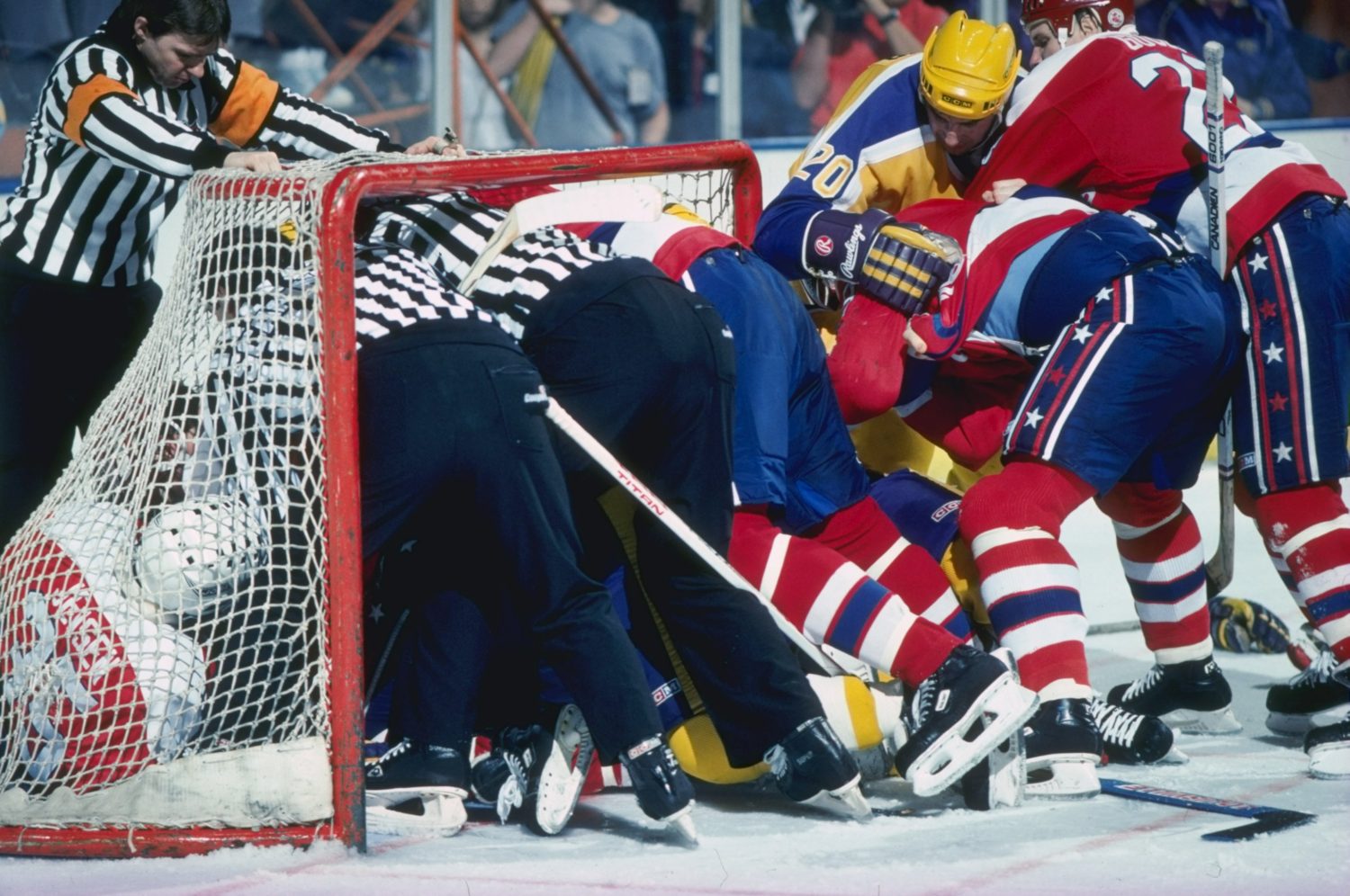