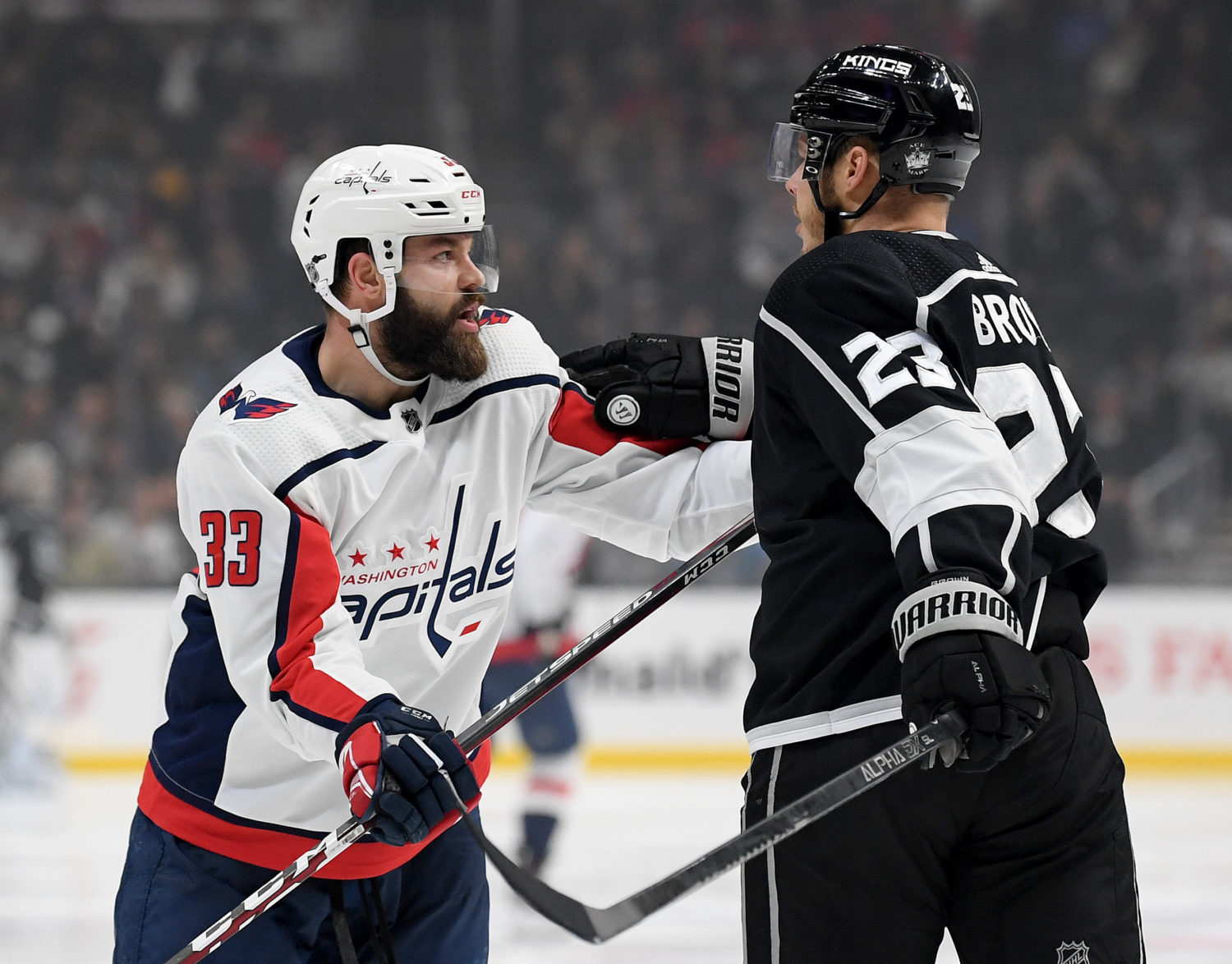 Todd McLellan, on what the team lacked in at the start of the game:
The start again seems to be a bit of an issue for us. I think tonight was a repeat of our night in Anaheim where we fell behind and then we started to dig our way out, and it’s admirable that our guys will do that and play to the end, but the beginning, there has to be a stronger belief system at the beginning, and we have to be a lot more aggressive and impose our game on the other team, not sit back. That was the case tonight. Once it got to two, I thought we said, ‘you know what, let’s just go play, we’ve got nothing to lose,’ and we became a better team. Struggling scoring goals right now, so the mistakes are magnified and they end up costing you wins. So, a lot to work on. Tomorrow’s a new day. Practice, and we’re going to have to get better on the road because we’re going to see a lot of hotel rooms over the next little bit.

McLellan, on whether it was a “low-event, low-chance” game:
Yeah, it was a slow game, whistle after whistle, not a lot of rhythm. I’m not sure if that favored us or them. I don’t think it really swung momentum either way for either team. There were not a lot of penalties, yet when they did =come, they came bang-bang-bang. Another odd night, but one that by the end or the last 50 minutes of the game I thought we played nose to nose with a pretty good team. I looked up at the clock and we’d given up 12 or 13 shots on goal into the third period, we’ll take that against that team on any given day, but still areas that we have to work on.

Anze Kopitar, on what he’d change from the game:
Well, it wasn’t necessarily a poor start, it was just a couple mistakes and they scored goals. I mean, t hat’s what it was. When you put yourself in a hole like that it’s tough to come back ,a nd yet our 50 minutes, they were good. We’ve talked about this before. It’s a 60 or 65-minute effort that needs to happen, and we fell short again tonight.

Anze Kopitar, on what was missing from the team’s performance:
Sometimes you’ve got to give credit to the other team, too. Obviously, they have good players and everything and they’re going to make good plays, but for us, it’s just about playing an ump-tempo game with a lot of energy, rolling the four lines and feeding off of that. Tonight, it just wasn’t a case at the start. We [developed it] later on, but it wasn’t enough.

Kopitar, on how he rallies his teammates:
Unfortunately we’ve been in this position quite a few times that we’ve learned already how to come out of that. We’ve just got to make sure that we don’t get into that situation too often.

Blake Lizotte, on the loss:
I mean, it was kind of an ongoing thing. Our starts haven’t been good enough. It’s hard to win in this league when you start 0-1 or down 0-2. After the first, I thought we had a good push in the second, and even in the third we had some good pushes, but again, it’s hard to come back in this league when you’re losing, especially going into the third against one of the best teams in the league like that. I’ll take ownership, that second goal, and it ended up costing us the game. Lost Carlson going to the backdoor. Simple mistakes like that – need to be better.

Lizotte, on jumping off the bench and scoring a goal:
I think I got a good bounce, a fortunate bounce. Wasn’t on the forecheck – the initial thought was just getting in and make body contact, separate the puck from the body, but it happened to get in the D-man’s skates and it popped right to me, and tge goalie was lost as he was trying to play the puck. Kind of a fortuistous bounce.

Lizotte, on a scoring chance on his next shift:
Yeah, it’s a hard league and goalies are good. I wish I could have that back for sure, but it’s part of the game.

Lizotte, on his goal:
Yeah, it’s kind of a hockey sense play. You’re going there to get the puck. Whether that’s to score a goal – you’re always trying to score, but more so just get puck possession. That’s the goal on the forecheck, and like I said, it was a fortuitous bounce. It kind of came right to me and I was able to put it right in.

— Wednesday’s game was the first time Los Angeles has been limited to fewer than two goals at home since back-to-back shutouts by Carolina and Buffalo on October 15 and 17. Since those games, they’ve averaged 3.17 goals per game at home (38 GF; 12 GP).

The Kings are scheduled to practice at Toyota Sports Performance Center at 11:00 a.m. Thursday morning before flying to Edmonton for a two-game road trip.