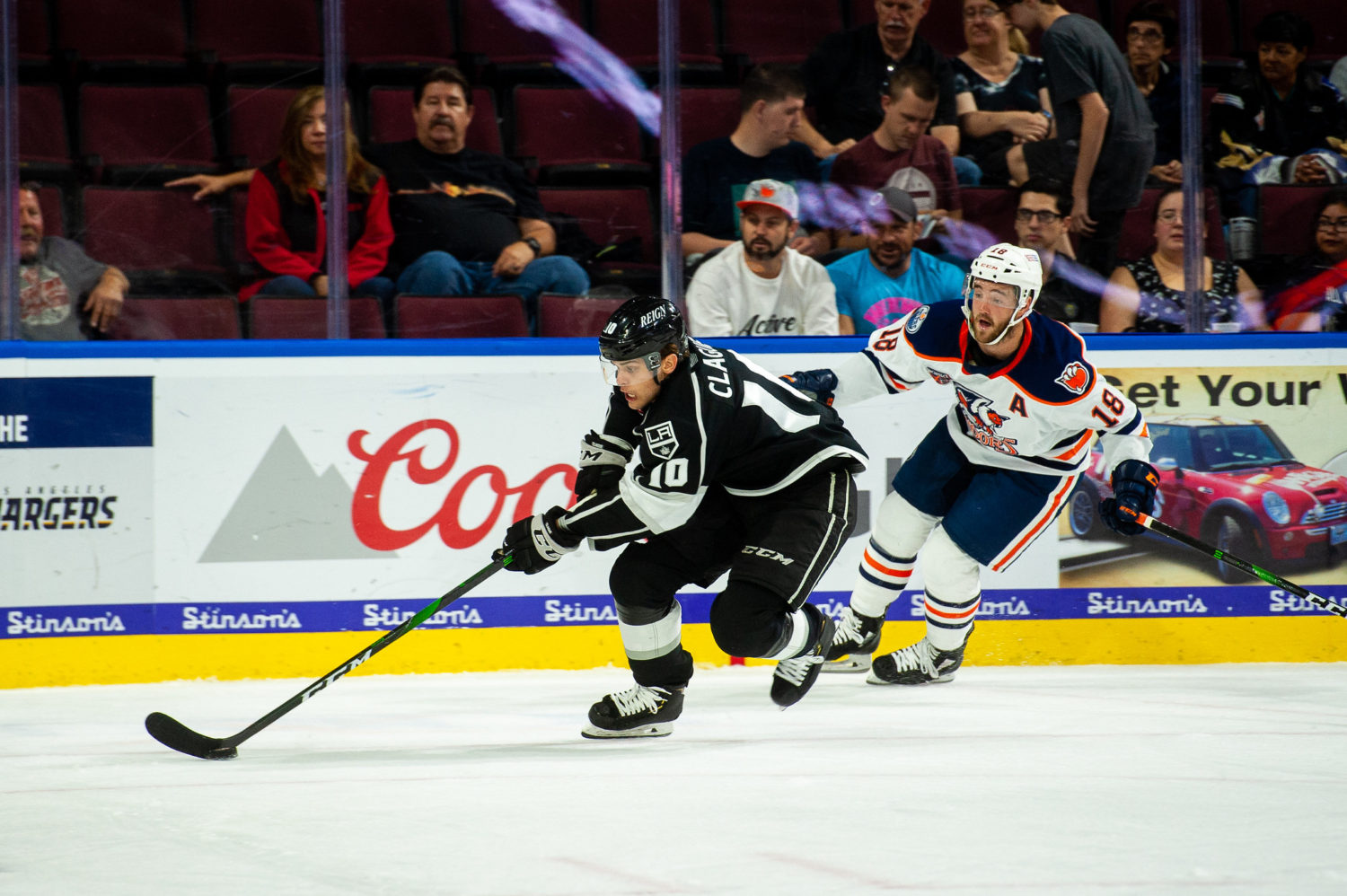 TONIGHT’S MATCHUP: The Reign conclude their three games in four days set this evening, with a road contest in Bakersfield. Ontario snapped a six-game losing streak last evening with a 2-1 win over the San Diego Gulls on home ice.

WHAT TO WATCH FOR: We will have a minimum of two chances for Ontario tonight, with forward Gabriel Vilardi and defenseman Derek Forbort both not making the trip to Bakersfield. Vilardi’s absence was pre-determined, as he continues his recovery to full strength, while Forbort is expected to return to the NHL with Los Angeles. The rest of the Reign lineup will reveal itself closer to puck drop, with only a partial skate this morning in Bakersfield.

BACK IN BLACK: With its victory last night, Ontario snapped a six-game losing streak and returned to the win column for the first time since November 9 in Iowa. The Reign’s Black Friday victory was its first win on home ice in the month of November and its first home win in total since October 26. The victory over San Diego was Ontario’s third of the season against their rivals and pushed the Reign’s So-Cal Series record this season to 3-2-0.

FRKY FRIDAY: Reign forward Martin Frk sent the Ontario faithful home happy last night, as he scored the game-winning goal with 1:22 remaining in regulation. Frk’s tally was his ninth goal of the season, which leads all Reign skaters and is ranked tied for fourth in the Pacific Division. The Czech Republic native also tallied his third game-winning goal of the season, tied for third most in the American Hockey League.

HERE COMES THE BOUM: Ontario forward Lance Bouma tallied his fourth goal of the season, with a second-period tally in last night’s win. Bouma’s goal extended his scoring streak to three games, dating back to November 23 in Tucson, with three points (2-1-3) over that span. Bouma has now amassed eight points (4-4-8) on the season, which ranks tied for fourth on the team in goals and tied for sixth in points.

CAL ME MAYBE: Reign goaltender Cal Petersen bounced back in a big way yesterday, as he made 28 saves on 29 shots in the 2-1 win over the Gulls. Petersen, who was pulled on Wednesday after five first-period goals against, is expected back in net tonight. Petersen has returned to the pack in some categories, as the Reign’s shorter schedule begins to unfold, but still leads all AHL netminders in shots faced (673) and saves (620).

SCOUTING THE CONDORS: Bakersfield has continued an up-and-down season, with a 1-2-2 record in its last five games played. The Condors are led offensively by a large contingent of players back from last season’s Pacific Division leading squad, including forward Tyler Benson, who tops the charts with 17 points (5-12-17). Forward Josh Currie leads all Condors skaters with 10 goals, while Benson and forward Brad Malone have 12 assists apiece.