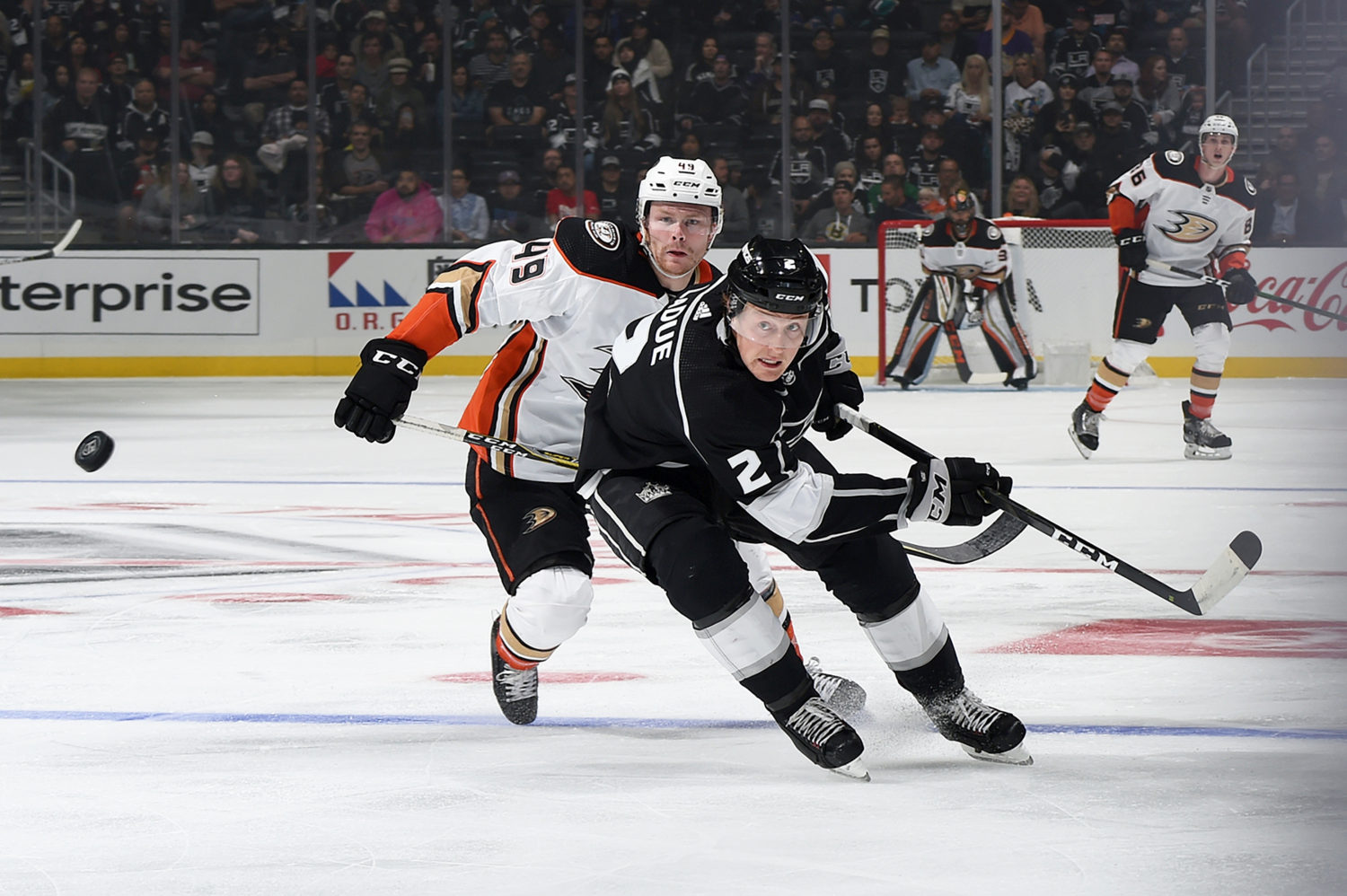 The Kings also shared that Derek Forbort (back) has been placed on long-term injured reserve – a mechanism used in salary cap management – and assigned him to the Reign on a conditioning assignment, as intimated by LA Kings Insider on Tuesday. According to hockey operations, the Kings “would like to get a few games for him [in Ontario] before he comes back.”

It's a cap management mechanism, so pay no mind to the "long-term" part of LTIR here. Kind of like how Monster Island is actually a peninsula.

Luff, who was assigned to Ontario on November 22, was held scoreless with six penalty minutes in two games after his November 12 recall. The 22-year-old has one point (0-1=1) in four games with the Kings this season and has 12 points (8-4=12) in 33 career NHL games.

“I think whatever role I get I’m going to take,” he said.” It’s just about bringing energy and bringing my game and bringing out my character. I’m a pretty outgoing guy, so I’m not shying away from how I play down in Ontario whenever I’m up here … so I think just keep playing to my game, and hopefully there are no more recalls and send-downs. It’s just ‘here.’”

Forbort is yet to play this season because of a back injury, though he’d accelerated his skating regimen in recent days to the point where he was able to participate fully in practices. In 255 career games, he has 52 points (6-46=52), a plus-12 rating and 172 penalty minutes and will strive to get his timing and reads down after going an extended period without playing.

“He’s playing a good, strong game, but as we make lineup changes and give other players opportunity, I don’t think that Grunny is playing in the American League today because he’s been a poor player for the LA Kings. I think Grunny’s playing in the American League so he can experience some other scenarios that he’s not getting here, and we chose to play Luff today. Lewie will return. It makes no sense when you can walk 12 steps across the parking lot and play in a game to have a 21-year-old that’s only played 30 NHL games watching. There are different scenarios when you’re reassigned to the American League. One, you’re playing poorly and … you haven’t earned the right to be here. Two, you’re going to go and get some playing experience and some time and not sit out and watch. It’s interesting because the hockey world – I guess I’m talking about the media world more than anything – really stresses when there’s a younger player you’re not playing, Bjornfot for example. ‘Oh, he can’t play, he can’t play,’ and then when we send a player down, it’s ‘wow, why is he going down?’ You can’t have it both ways. It is what it is.”

Keep an eye on that “Lewie will return” bit. Trevor Lewis was encouraged by participating in a full practice yesterday and is approaching a return. He wasn’t among this morning’s roster moves, but with 22 players currently on the active roster, there’s room to activate him if he’s deemed to be ready.

No line rushes were held on Wednesday, so it was difficult to get a firm read of the alignment McLellan will use against the New York Islanders (7:30 p.m. / FOX Sports West / FOX Sports GO / LA Kings Audio Network). Jonathan Quick is expected to start in net. Ilya Kovalchuk, Nikolai Prokhorkin and LaDue remained on the ice for extra work with Jack Campbell and aren’t expected to be in the lineup, so it’s likely Luff will enter in tonight. 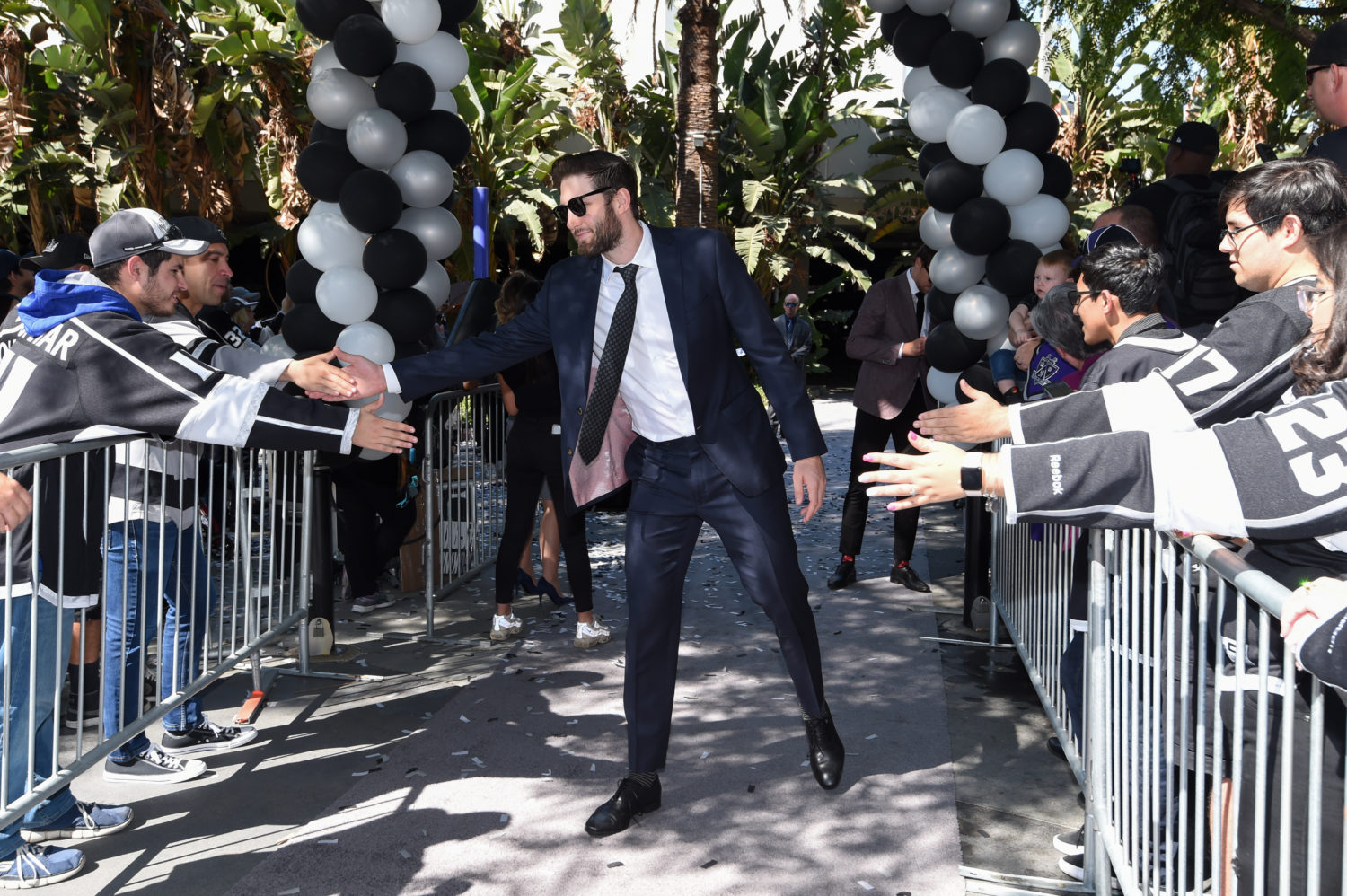 Via Reign Insider on October 23:

Paul LaDue, on scoring his first goal of the season:
It’s about time. It was a good play by Kempe, Carl did well up front to distract the goalie I think, but yeah for sure, it feels good.

LaDue, on whether he’s getting his legs under him after his off-season injuries:
I’m feeling better and better each game, so I’ve just got to keep working, keep moving forward and keep getting better.

Mike Stothers, on Paul LaDue’s play on the penalty kill and overall:
Laddy led our team in total time on ice and five minutes of it was while shorthanded. He did a hell of a job for us tonight, best game I have seen him play in a long while. The reason it has been so long is because of the injury bug. He has had to battle thru some nagging injuries that are not bad enough to keep him out of the line up but annoying enough to affect his play but he has been feeling real good of late and that’s the way I know Paulie can play.