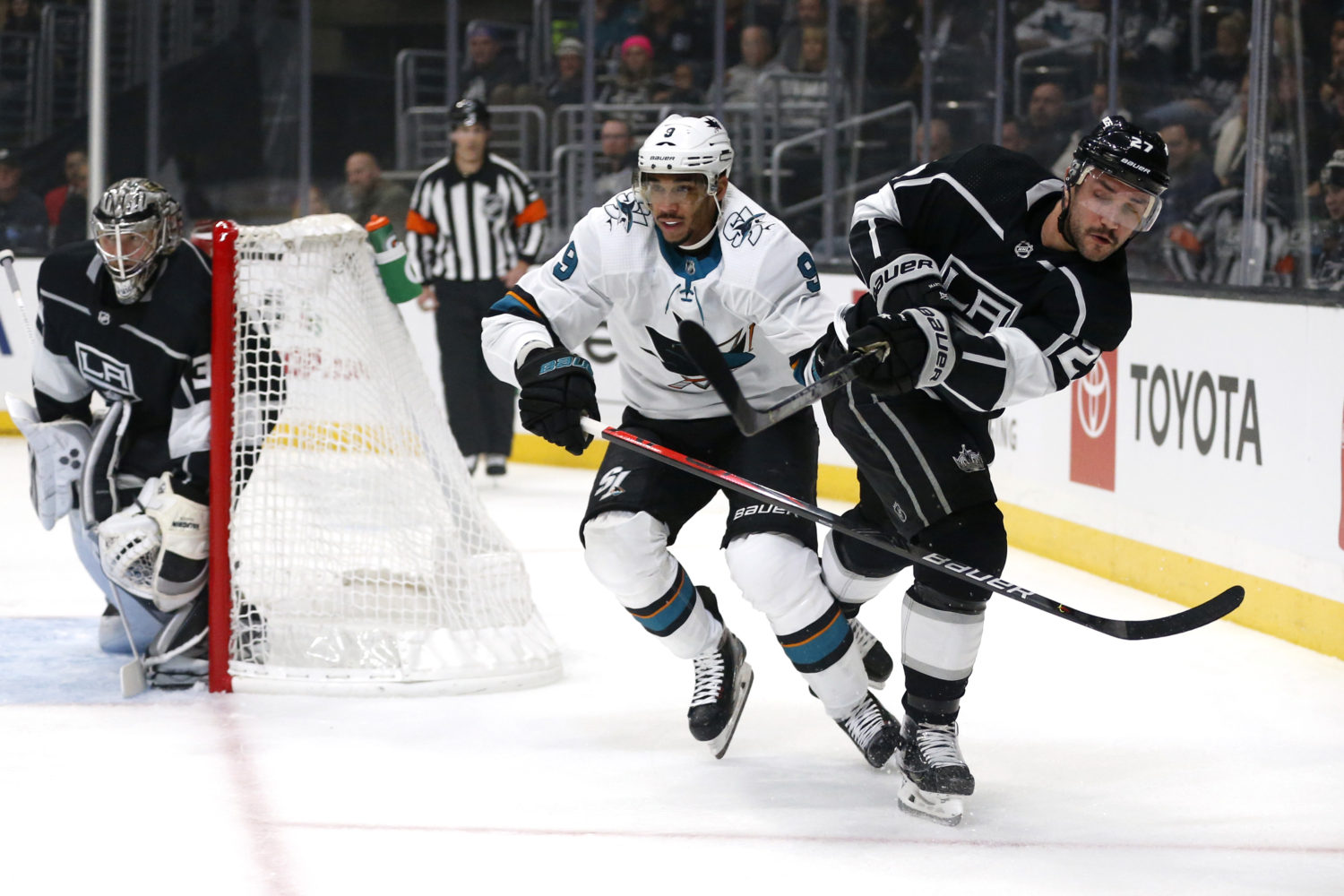 Here’s to a thorough recovery for Alec Martinez, who suffered a serious injury in the most Martinez-like, selfless way possible: diving headfirst with reckless abandon towards a puck to keep it out of his net. Via the LA Kings at 10:15 a.m.:

During the third period of last night’s game, Alec sustained a laceration to his right wrist and was taken to Keck Medicine of USC where he underwent successful surgery to repair a radial artery and two superficial radial nerves.

Alec will be evaluated weekly and is expected to make a full recovery.

More to come after practice. I’m not paying too much attention to the defensive pairings at practice today because there’s the potential that the Kings recall a defenseman tomorrow for their game against the New York Islanders.

Lots more to come, including WUWTK, from El Segundo.