Unbeknownst to a healthy lot of stateside hockey fans, European leagues hold various international breaks that afford national teams time to hold camps and participate in tournaments, and the November break provided time for Kings amateur and pro scouts to familiarly infiltrate Europe to take stock of their own prospects as well as players that may be available at the 2020 NHL Draft or when the window to sign international free agents opens.

LA Kings Assistant General Manager Michael Futa is familiar with the Karjala Cup, the annual competition of national teams that kicks off the Euro Hockey Tour, a consortium of tournaments hosted by Finland, Russia, Sweden and the Czech Republic in a round-robin format. He attends the Helsinki-based tournament each year, usually with Head European Scout Christian Ruuttu, and in 2019 the L.A. contingent was joined by European Pro Scout Matjaz Kopitar and Pro Scout – Russia Yuri Khmylev.

While these tournaments have provided excellent opportunities to catch a glimpse of those with NHL aspirations – Mikko Koskinen, Dominik Kubalik and Kirill Kaprizov all made marks in the Karjala Cup in recent years – this year’s grouping didn’t quite follow suit.

“Unfortunately this year Russia didn’t send their national team, they sent a much more watered down version of what they normally send,” Futa said. So, in addition to the Karjala Cup duties, he joined Director of Amateur Scouting Mark Yannetti and attended the Helsinki-based Four Nations Tournament and U-20 camps, allowing him to check back in with prime organizational assets in advance of next month’s World Junior Championships in the Czech Republic.

That coverage will crescendo over the next month. In the lead-up to announcements on Rasmus Kupari and Tobias Bjornfot’s availability – I’m expecting both Reign skaters and first-rounders to be made available – here’s a recap of the recent international break and impressions on Europe-based prospects Samuel Fagemo (2019/2nd), Kim Nousiainen (2019/4th) and Bulat Shafigullin (2018 3rd), as well as several reflections shared by Futa that open up the doors to the team’s scouting approach and philosophy. 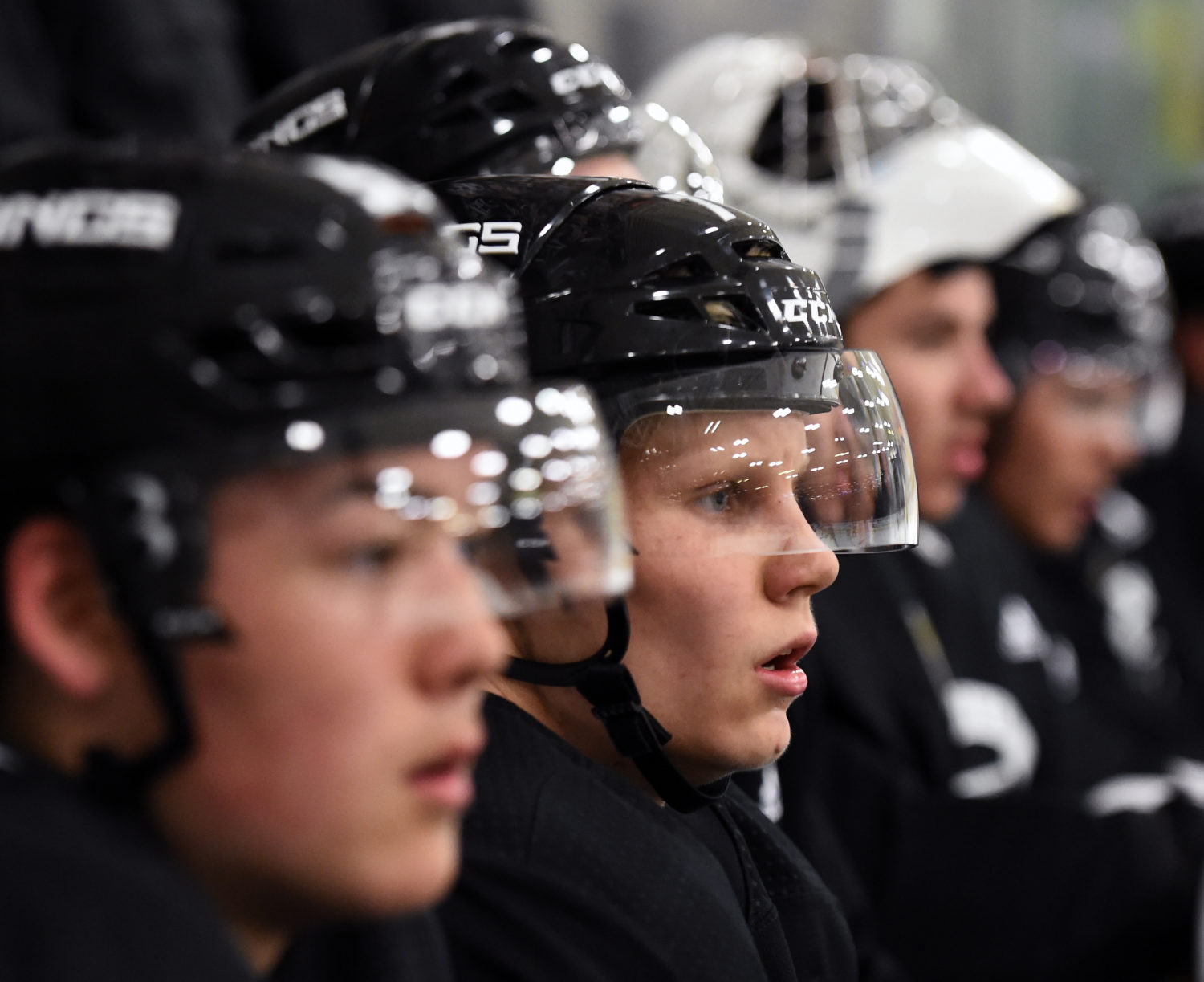 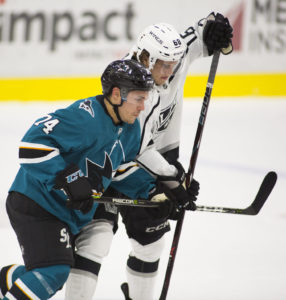 LA Kings Insider: With Samuel Fagemo, what impression did he make?
Michael Futa: Outstanding. Fagemo – same thing. Every game he brings the energy and the speed. … Vancouver draft pick [Nils Hoglander] was on his line, and he was just outstanding. But in general, that’s pretty much the nuts and bolts of what’s going to be their world junior team. They’ll add their pieces from the NHL and kids that come back from that, but it was really good to see. And then the two top draft-eligible kids (Lucas Raymond, Alexander Holtz) were up with that team, as well. Usually the Karjala Cup, the quality is really strong, and I was really glad that that other tournament was in town, too, because I thought that tournament had a lot more highly skilled players. The young players were dominant.

LAKI: Is there a growing reliance on the Karjala Cup in a normal, baseline year because of the way teams fill out rosters right now?
MF: You have to. It’s the way they’ve got it set up there. That’s really the first time the national teams play against one another, and then they’ve got the [Euro Hockey Tour] – then they’ll go back for the Channel One Cup. It’s like the Ryder Cup in golf – everybody gets to host, and then they have the Swedish games and the Czech games and we get their point totals and then basically you add it up. Same thing – Russia stacks up the Channel One Cup team because it’s in Russia, and normally in the past they’ve sent a lot more veteran team to Karjala, but in this case, they decided for whatever reason to go with a much younger team and very few of the top candidate prospects that would be coming over to the National Hockey League were on that roster.

LAKI: Nousiainen – everything that we hear is that he’s a good, modern, skilled young defenseman who moves the puck, gets it around and has a pretty good shot. What do you see?
MF: That’s exactly it. Again, you’ve got to learn to round your game out. You look at him on the power play there, that’s his specialty. He moves it around, he’s got great deception, great puck movement and stuff like that. He skates it up the ice exceptionally well. As you see at this level, you’ve got to be able to defend, too, and it’s just an area of his game he’s got to continue to work on. He’s a little bit size-challenged, and clearly now players that size can play in the National Hockey League, but you’ve got to be able to defend as well, so a lot of it’s just getting stronger, and I think in his case, in that tournament, he was playing against kids his own age, but when he plays against the men and stuff like that, it only benefits him.

LAKI: You were in St. Petersburg and Moscow. Did you touch base on this trip with Shafigullin?
MF: Yeah. That’s the hard part. Shafigullin, he got called up, and then they sat him to the left side of the trainer. Like literally, the only thing missing was a blanket around his shoulder, and it’s unfortunate because you see the kid – it is what it is. His team was on a huge winning streak and he got called up and he ended up playing – they were playing … Dynamo Moscow, the game I was at. We watched him warm up, and then he got three shifts for I think a minute and 39 seconds with like two or three minutes. There was a 6-2 lead, take the blanket off and warm up and get out there. He’s still a very strong prospect, but when those kids make that decision to sign those extra couple of years over there, I think they have visions of playing a lot more at that top level, and right now for him, he’s playing in the MHL, and he’s doing exceptionally well there, and now I think he’s got to come back up. He suffered an injury earlier in the year and he’s just recovering from that, so it takes some time to win back – the coaches tend to trend to the older players, and he’s got some work to do to win his coaches’ trust back. [LAKI: What type of a player is he – just skilled?] Just dynamic, skilled, excellent around the net, great hand-puck skills and stuff like that. Skates well.

LAKI: Given the sage to bring Nikolai Prokhorkin into an actual LA Kings jersey, what is the excitement of A, seeing him score a goal, and B, how do you foresee what’s next for him and what he wants to do if he wants to stay in this league?
MF: Well, that’s a completely a decision that you’d go downstairs to talk to the coaching staff about. For me, any time a kid that you draft scores his first goal and you see that big smile on his face, you’re proud on him. In retrospect, he should’ve been playing here for years. I think he’d been much further along having been adjusted to the North American League. With players like that that I go over there on a yearly basis and spend time with them, my job in that case is to keep the draft pick alive and keep the opportunity for us to get him over here and evaluate him and see if he’s going to be an asset for us. It took far too long for him, but he’s here, and where he fits is up to Todd and Blakey. He seems to be winning a little bit of trust here, but it’s along process. Most Russian players, I think if you’re a top young guy, and you obviously fit in when you see the guys in Tampa and stuff like that, and a player like him, he’s a guy that has the ability to probably play in your bottom six as well when he’s playing physically like I thought he did – he had that it really good the other night, that game on the road, and he was physical against Vegas, and you can tell that that part of the game he’s got to bring on a consistent basis. I think for any of these guys, when they start practicing with the NHL guys at the pace they’re at, it’s just a huge difference.

LAKI: You have a way of reaching these younger kids, as well. Apart from watching them or talking hockey with them on the phone or FaceTime, when you have such limited opportunities to see these players, how do you build a relationship with them?
MF: You just never let it get stale and you take a genuine interest. I think that’s part of the job. It’s funny – I think it started probably with the Under-17 programs and stuff because you know them when they’re such young players. When you know Toffolis and Brad Richardsons – like, I coached Jeff Carter on the Under-17 team. So, when you see them, and now you see how they grow and develop, you develop a personal relationship with them, and I think everybody sees what you like as a hockey player. There’s enough video now, there’s enough analytics, but if you get to know the player better as a person – like, for example, MacDermid. MacDermid’s first camp, I had a lot of people looking at me like, ‘Futes, are you smuggling some stuff across the border, are you getting into the hooch?’ But if you got to watch Kurtis MacDermid work out in the gym and watch the way his dad works out and the work ethic, it was the same thing in Owen Sound. You knew the one thing Kurtis MacDermid was never going to do is embarrass you with his work ethic and his commitment, and you knew if he wasn’t going to make it, it was never going to be because he was taking shortcuts. … If there’s going to be a shortcoming or failure, it’s never going to be due to a lack of work ethic and cheating the game, and that’s the kind of Kyle Clifford, MacDermid m.o. 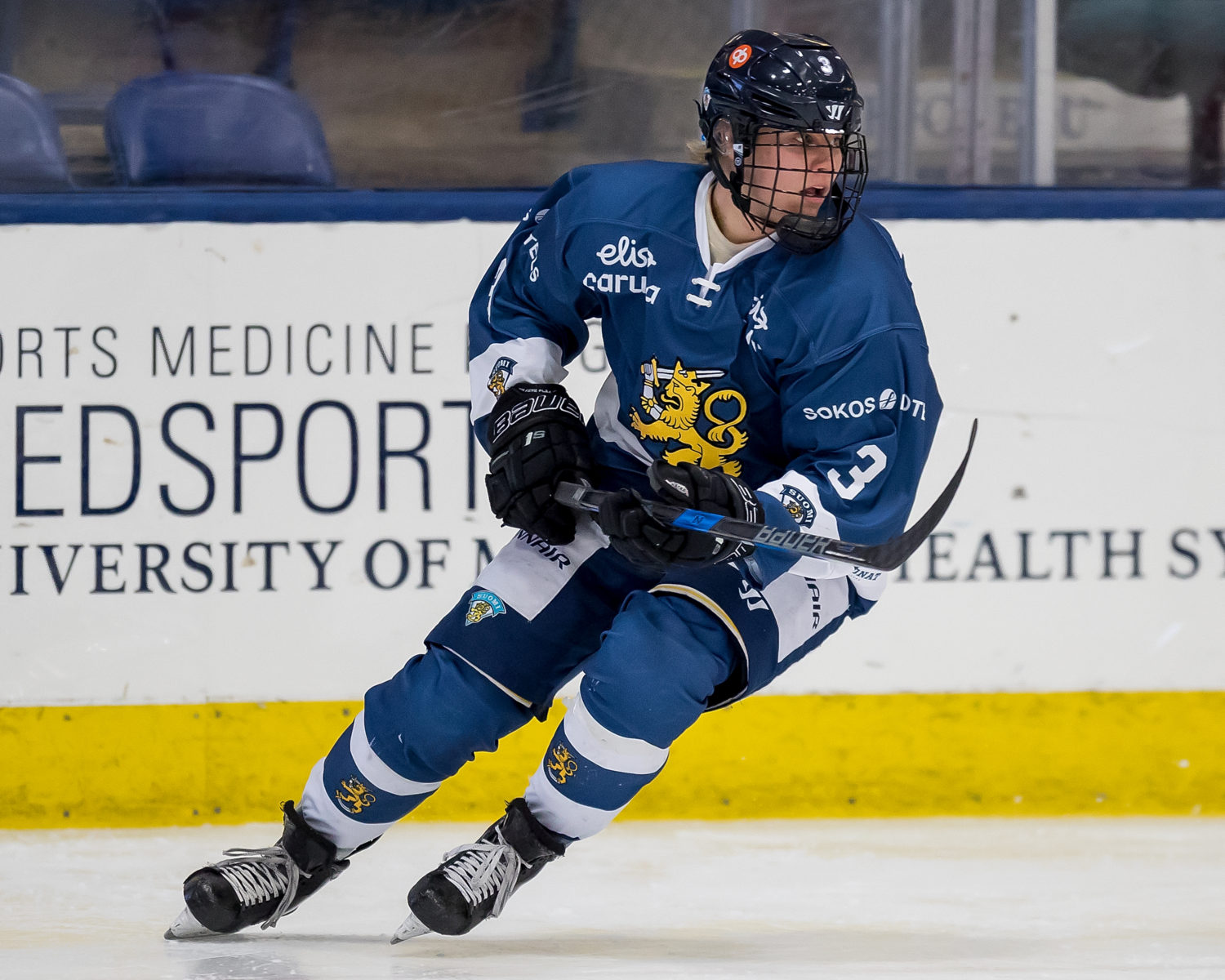