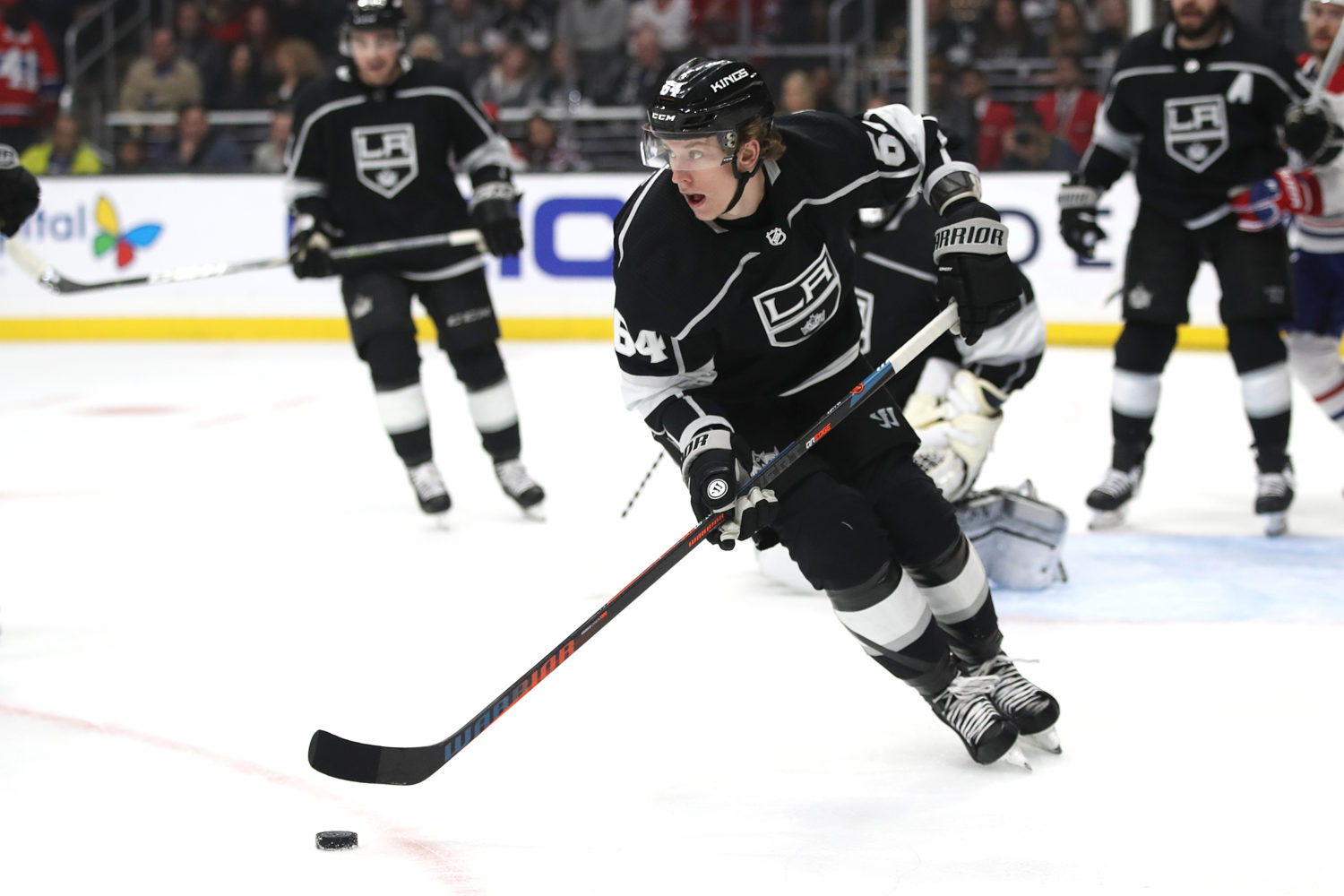 A few bullets to touch on here, starting with forward Matt Luff, who was assigned to Ontario this morning. Luff skated in four games with the Kings and collected one point, an assist on teammate Nikolai Prokhorkin’s first career NHL goal on November 16. The third-year winger skated a season-high 10:55 against Arizona on Tuesday.

Luff generated positive reviews from the Kings coaching staff here and here, but was a healthy scratch last evening against Edmonton with the Kings currently on 14 forwards on their roster.

Luff is not on the ice this morning with the Reign, but is expected to arrive in Tucson this evening with plenty of time before Ontario takes on the Roadrunners at 7 PM local time (6 PM Pacific). Luff has 10 points (3-7-10) from 13 games played with the Reign and provides some much needed depth in all situations for Ontario.

A couple of additional notes –

– Forward Trevor Lewis skated this morning at Toyota Sports Performance Center. No timetable yet for his return to the Kings full group. Lewis was placed on IR on November 11 with a lower-body injury.

And I mean jeez, Trevor Lewis, Jarret Stoll, Chris Kingsley, Matt Price… this has got to be the most handsome rehab skate ever.


– On the Ontario side, forward Martin Frk took morning skate today in Tucson and could return to the Reign lineup this evening against the Roadrunners. Frk has been out of the lineup since November 6 in Colorado (a game in which he scored twice) with a mid-body injury. Frk returned to Ontario practice this week in a red jersey.
– Also on the ice this morning for Ontario was forward Stephen Baylis, who the Reign recalled from Fort Wayne (ECHL) yesterday afternoon. Baylis signed an AHL contract with Ontario in October and made his professional debut later that month with the Komets. The Bowling Green product collected three points (1-2-3) from 10 games with Fort Wayne.
– All signs point to Gabriel Vilardi making his season-debut with the Reign in tonight’s game. Those interested in watching can tune in via Facebook Watch on the AHL’s page. Tonight’s game will be shown as the free game of the week!