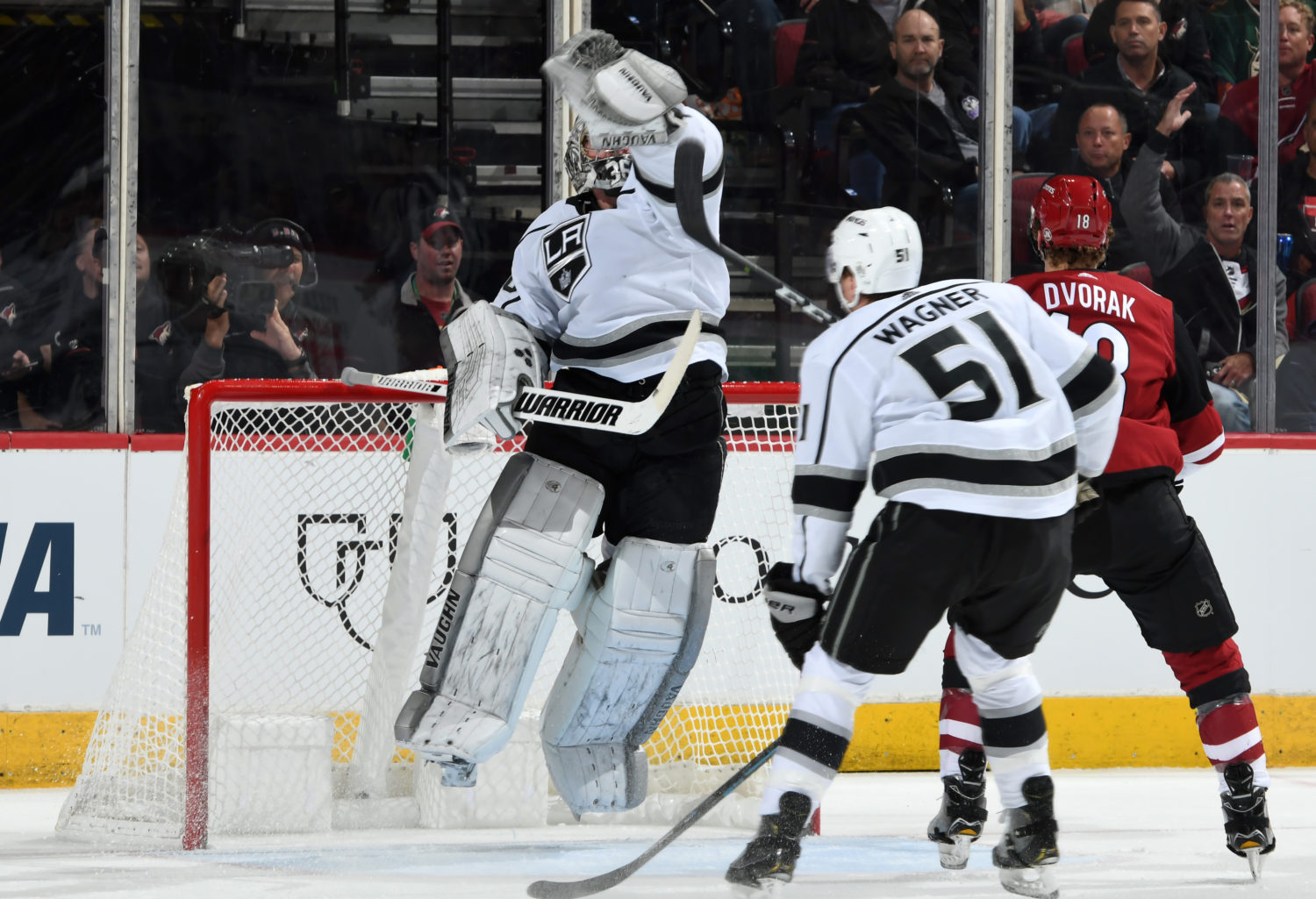 Todd McLellan, on special teams playing a large role in the loss:
Well, that’s a pretty obvious observation. They get two, we don’t get anything, momentum swings a lot. I thought prior to the power plays and the penalty kills that we tried to prepare our group for their quickness and their tenacity and we didn’t quite get there. We weren’t ready to experience it. It showed up in the first period and that led to penalties, it led to having the penalty kill doing the work it hand to do tonight and it didn’t get the job done, and the same thing can be said for the power play. They were on top of us, they were quicker than we were, they took any type of passing routes away from us, so give them credit, and we’ve got to learn a lesson that we better be up to speed right off the bat.

McLellan, on whether it was disheartening to chase the game for a long time:
Well, it’s tough. You can see when we play with the lead, you have a little more energy, you feel a little better about yourself. I thought about the second and the third, especially in the third, we had a few opportunities, we created some chances, we didn’t go away, which can be a little bit of a moral victory for us, but we can’t rely on those at this point. We’ve got to show up a nd be ready to playu from period one on and not put ourselves in that situation.

McLellan, on Antti Raanta’s performance:
He made some big saves, but I think on our 30 shots, there weren’t too many really, really dangerous ones. You can think about the breakaway – Dustin Brown had a great opportunity. There were a few others that yes, he made some really good saves, but he wasn’t overly taxed tonight by any means tonight on our behalf.

McLellan, on whether fatigue was a factor in the loss:
No, no, fatigue was not a factor today for our group. In fact, we were quite easy on the guys yesterday, and I wish we would’ve skated a little bit more – maybe we would’ve had better legs. So I don’t think fatigue could be brought into the equation tonight.

McLellan, on what Arizona did well to make it difficult to generate an offensive rhythm:
They played at a much higher pace and a more tenacious pace than we did. We often got the puck, when we did get it, we were standing still looking to move the puck up the ice up to players that were already checked. You’ve got to use your legs sometimes. I know the puck moves a lot quicker than players do, but there are moments where you’ve got to skate it out of trouble and buy time for others to get in the open. I didn’t think we did a lot of that early in the game.

Anze Kopitar, on the challenges faced in the loss:
Well, they had a good start, obviously. We didn’t. They scored a couple power play goals and we diudn’t do that, so we lost the special teams battle. Most of the time that makes a difference and it certainly did tonight.

Kopitar, on a stingy Arizona team and what they did well to limit offense:
We were just too slow. Either our feet weren’t moving, or our mind wasn’t as sharp as it needed to be. It seemed like we were half step too slow. A couple of feet off, which I the big picture, obviously that’s big and that’s the difference.

— With the loss, Los Angeles fell to 91-104-36 all-time against the Arizona franchise, a record that includes a road mark of 41-57-19. These teams have three games remaining against each other: November 23 and March 22 at Staples Center and January 30 at Gila River Arena.

— Los Angeles was shut out for the third time this season (also 10/15 vs CAR, 10/17 vs BUF). Antti Raanta earned his third shutout in his fifth career start against Los Angeles. The three shutouts have all come with different teams (NYR, CHI, ARI). By stopping all 30 shots, he extended the Coyotes’ shutout streak to 127:49.

Monday, November 19 is a scheduled off day for the team. Should that schedule change, it will be updated upon the team’s arrival tonight at LAX.