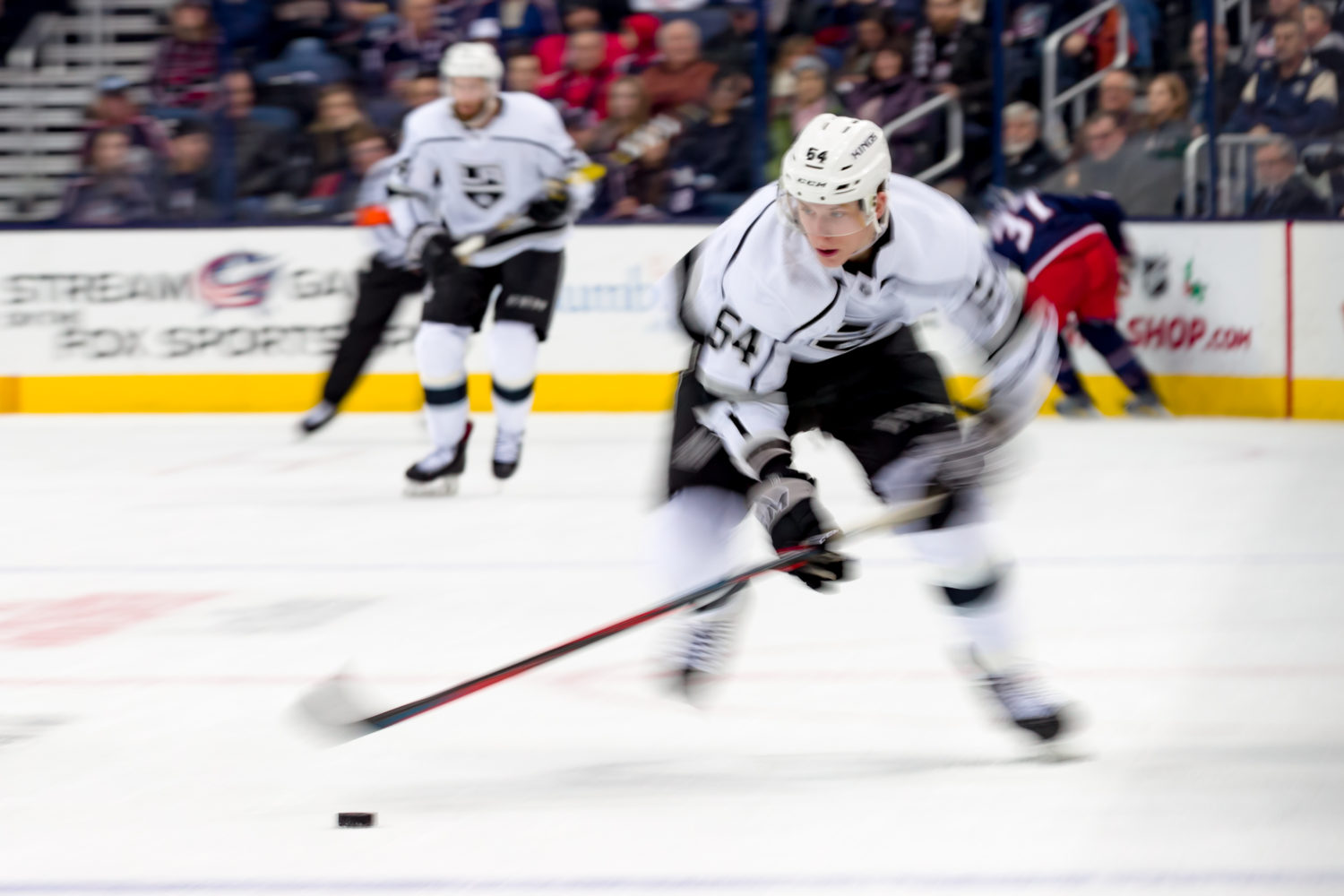 Matt Luff has been recalled by the LA Kings. Luff, 22, has 10 points (3-7=10) and a plus-five rating in 13 games with Ontario this season and last year totaled eight goals and 11 points in 33 games with Los Angeles. He shot a crisp 17.8% as he adjusted to structure and forechecking in the NHL and was prone to being on the ice for scoring chances against while sporting a team-low -10.55 xGF%Rel in five-on-five play.

Trevor Lewis was placed on injured reserve Monday with a lower-body injury, so Luff’s recall returns the roster to 23 active players.

You just Luff to see a player step up after his assignment to the AHL. The word from the Reign was that he’s been excellent since Carl Grundstrom’s recall opened up a bit more opportunity. That a player with as sharp of a wristshot as Luff’s is tied for the team lead in assists is an encouraging sign, as well.

Via ORI on November 9:

Matt Luff on the Reign’s effort and never quit mentality
I think we believe in each and every guy that goes on the ice and that’s a big thing. Line 1 to Line 4, it doesn’t matter who’s out there. You look at Boko, Rymmer and Dots, or Boomer, they’re physical, they got in their guys’ heads and they created chances for us too, so that always helps. At the end of the day, Strander with two big goals and another great night by Cal. Going into games, down goals or up goals, I think we believe in each other to close games down and win games.

Luff, on playing on different lines throughout the game:
Yeah, I mean I don’t really care who I play with, everyone’s here for a reason. It’s pro hockey, everyone’s got great skill and works hard. It doesn’t, I mean it doesn’t matter how many times I’m put out on the ice, I’m going to work hard with whoever I’m with. It’s a win and I’ll keep playing as many minutes as [Stutts] wants and do whatever he wants.

Luff, on hitting two posts on the PP and the Reign’s overall special teams play:
At the end of the day, we gave up two PK goals, which is tough, and I don’t think we got any on the power play today. You’ve got to look at that and that’s not good enough. You’re out there for a reason and you’ve got to shut them down or put one in the back of the net. I think, at this time, it’s kind of frustrating hitting this many posts in the past six or so games, but at one point they’re going to go in and I won’t be complaining then. Right now, it’s just focusing on perfection on both sides of the puck.

Mike Stothers, on Luff’s play in all situations:
Luffer’s been good. He had a little bit of a slow start for him, maybe there was a little bit of a disappointment for not sticking up longer with the Kings or not staying with them, and that’s not uncommon. He worked hard in the summer and he wanted to make it, he didn’t, so it takes a little bit of time to get adjusted and I think we’re now seeing the Luffer that we saw in the past. It’s only a matter of time and I’m sure he’ll be back up.

Stothers, on Luff generating chances and getting his first goal:
Luffer has been shooting the puck, he just wasn’t finding the mark. Tonight, with great determination, he scored a big goal for us. He is a sniper and eventually they find a way to produce. He is feeling real good on the ice right now so I am sure there will be many more to follow.

More to come from Luff and whether he’ll play tonight. You’re also free to read the Luff letters I penned from over the summer:

If Luff is to make the strongest impression, it’ll be through improved checking and responsible play. He can score, he has a natural intuition to get to soft spots on the ice, he moves his feet and skates well. But the consistency was lacking last year, and it resulted in the Kings yielding an extreme rate of scoring chances against while he was on the ice. It’s part of the reason – along with Willie Desjardins’ lineup decisions – why he wasn’t able to regularly get back into the lineup. On the surface, it sounds ridiculous that a player tied for third on the team in goal scoring on January 5 would only see an additional 41 minutes of NHL action through the remainder of the season, but Luff had the seventh-lowest expected goals-for percentage in the league among players with a minimum 30 games and sported the lowest high-danger scoring chance percentage among Los Angeles forwards.

“He has made great strides with the Reign and is working on being a player the coaches can trust in all situations,” Stothers said. “He understands that it’s more than just scoring goals, he has to be responsible to the team and know the situations. That will all come with experience.”