Friedman: Kings tell Kovalchuk he’ll be out of the lineup for the “foreseeable future”; healthy scratch vs Minnesota 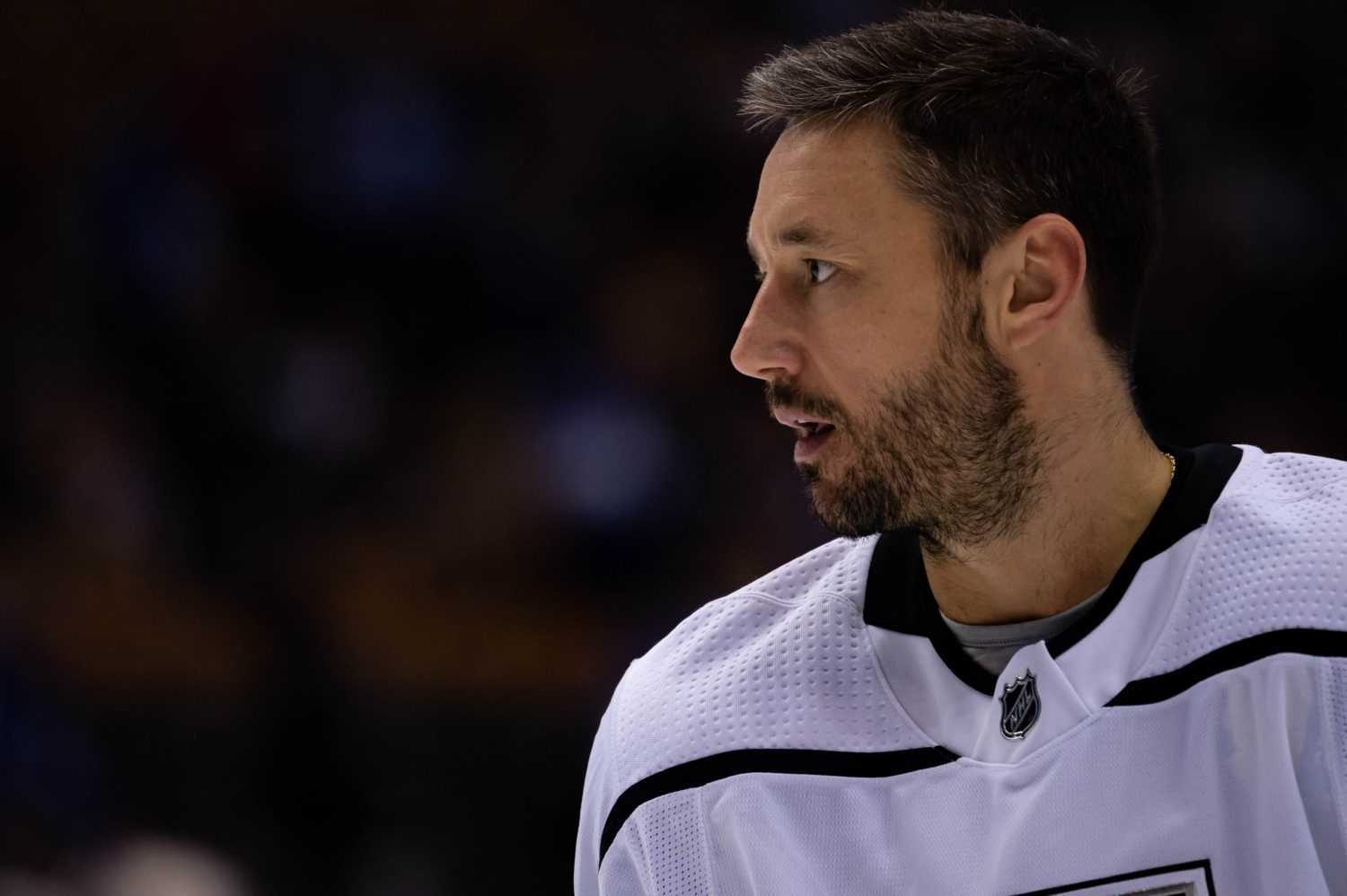 Via Elliotte Friedman of Rogers Sportsnet:

There is word this afternoon that LA has informed Ilya Kovalchuk he will be out of the lineup for the foreseeable future. He is welcome to practice with the club, but he will not be playing. Obviously, more details as they occur.

So! There’s obviously some news here. Without provoking hysteria, I’ll try to provide whatever context I may. I hadn’t heart of anything fishy until about 3:00 this afternoon, when an interesting mention originating from Edmonton popped up. (It mentioned a buyout, which is not confirmed and I have not heard otherwise, and I retweeted it without reading it properly before undoing the retweet. Please excuse me for that.) There’s also a credible reporter, Igor Eronko, who mentions a KHL team by name. I definitely can’t confirm or deny those two things at this moment but will try to share what I hear as soon as I hear it and provide what context I may. I also have to commute to Staples Center on a Tuesday. The only real initial sense I’ve gotten from the team over the last hour is that what was shared above stands and that he’s basically a healthy scratch.

There were a few Eastern Conference teams last year that kicked the tires on Kovalchuk, who didn’t exactly shut down the idea of waiving his no-movement clause. From last year’s trade deadline:

Ilya Kovalchuk, on whether he would want to move to another team to win a Stanley Cup:
That’s, I have a three-year contract, so you know I think that Rob Blake is going to do what’s the best for the future of this team, so you know my job is just to go out there and play and we’ll see what happens.

Kovalchuk, on whether he’d waive his no-trade clause if the situation was to his liking:
I don’t know, like I said, you should ask Rob about that because I told him that I am going to do whatever is good for the team because you know, I signed here, we went here, my family, we love the city and everything. I think our fans were great to us, so I just want to go out there and play and we’ll see what happens.

Again! This is just important context, not an indication that you should be expecting a trade or some imminent transaction. I didn’t see Kovalchuk on the ice this morning and noted that in addition to Adrian Kempe and Kurtis MacDermid, they’d need to scratch another wing to insert Luff, who should probably slot alongside Nikolai Prokhorkin and opposite Kyle Clifford.

In 17 games this season, Kovalchuk, who has one year remaining on a contract that has a $6.25-million cap hit, has three goals, nine points and a minus-10 rating. More to come from DTLA.

A reminder as reported before that Kovalchuk’s final signing bonus money is payable Dec. 15 after which he’s only collecting on his $700k salary for the rest of the season. He does, however, have a $4.25 M salary on the books for next season… if he’s still in the NHL https://t.co/DGEia1juWX