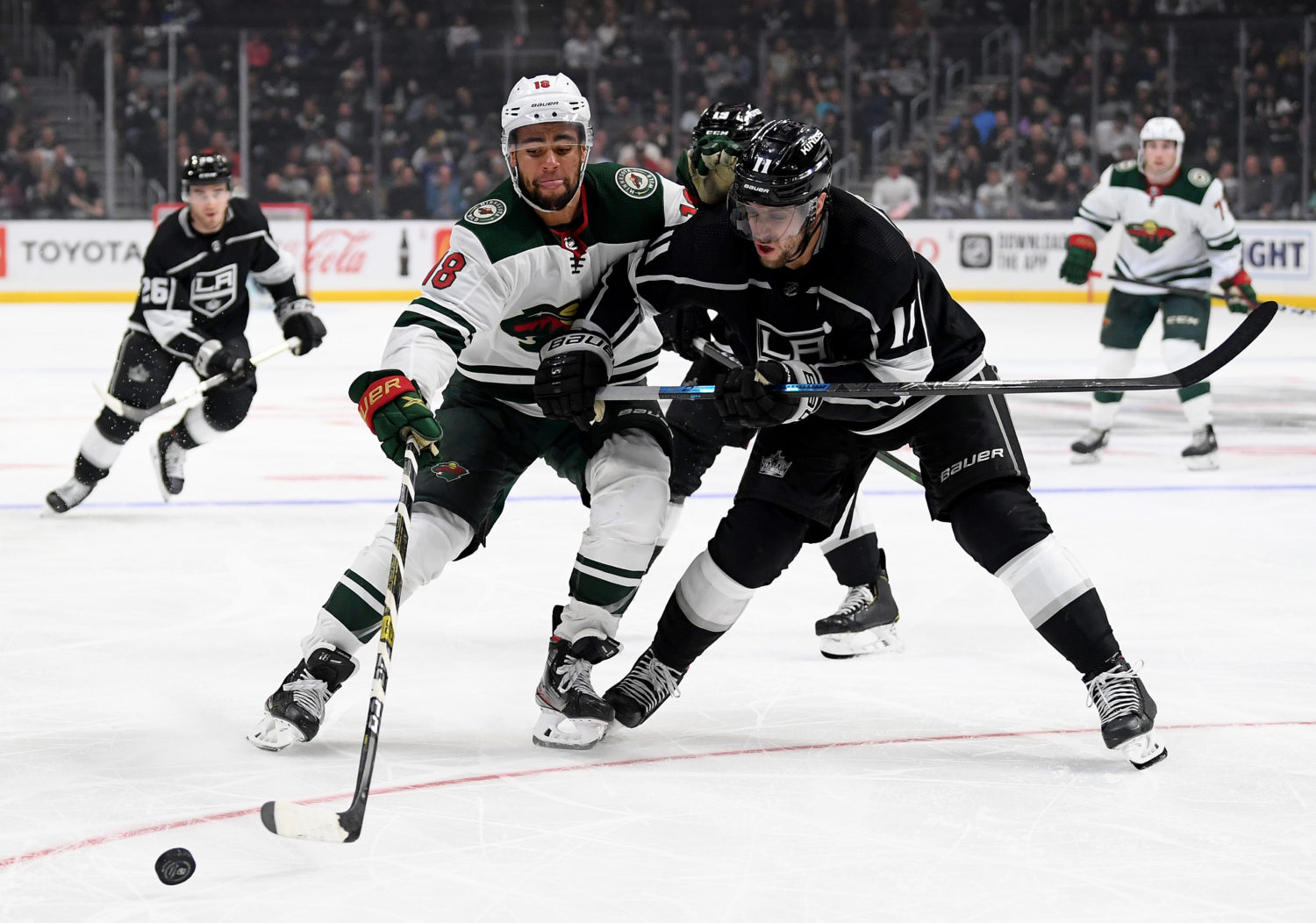 Todd McLellan, on what he liked about the power play:
Well, that it was successful, but they were aggressive at the right time. I basically told them – I’ll tell you exactly what I told the guys in between periods. We were happy with the penalty kill, we didn’t want to see it again, we won faceoffs, we guaranteed pucks out, we stayed fresh and we were aggressive, and none of that really had to do with system play or anything like that, it was just read-and-react off each other. It was a good night.

McLellan, on the win:
It was a good night for us. Started fairly well, got the lead – which, we haven’t played with the lead very much – and then played well with the lead. The team’s going to make mistakes. Quickie was there for us when we needed it. Penalty kill was outstanding throughout the game. Power play, at the end of the night, we still created a good opportunity. You’re playing a little cautious at that time because of the time of game and the score. I thought we created opportunities that we still need to finish on, some real good scoring opportunities that we’re not getting pucks up or we’re not holding onto it long enough. Just some plays around the offensive paint. Other than that, it was a good night.

McLellan, on any “punitive” element to Kovalchuk’s scratching:
No, not at all. He’s a healthy scratch, and tomorrow’s, whatever it is, Wednesday, away we go.

McLellan, on balancing needs of younger players and much older players:
Our veteran players, a lot of them have ran – for the media that’s been here before, I use ‘the marathon’ all the time. They’ve won the marathon already, once or twice. They’ve run all 26 miles, and they have to make a conscious decision whether they want to do it again or not. And if they want to do it and they’re on board, then great, we’re ready to run it with them. The kids are running their first and they’re learning lessons as they go, so they need somebody to lean, somebody to train, and if the veterans are willing to do that, we’ve got a good blend and a good mix. When you lose more games than you win it’s miserable. Nobody’s happy. Nobody comes to the rink to stay close or have moral victories. But the attitude and the belief system has to stay up. You have to be responsible for what you bring to the rink every day, and I can tell you misery’s existed because of the losses, but the attitudes have been pretty good, so so far, so good.

McLellan, on whether Kovalchuk is “on board”:
Yeah, Kovy’s on board, and just like the rest of the players he’ll get his opportunity to come back in. We have to treat him like any other player, and if Toffoli and Kempe and others that maybe haven’t had really good games have had to come out and watch one, and we treat everyone the same.

McLellan, on Matt Luff’s performance:
Well, I think we saw a better Matt Luff tonight than we did six weeks go, eight weeks ago, whatever training camp was. I thought he played his role well, he was big, he was strong along the boards. You can see he gets himself into some scoring spots. I know he’s got a really good shot. He didn’t quite get it off tonight. So, it was a positive night for him. He can have those nights without scoring goals and be an effective player. I think when he was in camp, he felt like he had to score. The scoring will be a bonus as it comes.

McLellan, on how Kovalchuk responded to the news of being a healthy scratch:
Fine. No problem.

Anze Kopitar, on where Tuesday’s performance ranks this season:
Well, it’s got to be up there this year, for sure. It’s one of those things – bend but not break. There were times in the second period where we weren’t as sharp as we needed to be, but we didn’t give up a whole lot. Once we got scored on, we just kind of gathered and didn’t panic too much, so that was good to see.

Kopitar, on details of the win:
I just think we weren’t sitting back. We were trying to get in, we were trying to score the third goal. We got some chances off that, too, but most importantly not sitting back and giving them all the time and space, so that was very encouraging.

Kopitar, on keys behind yielding only one goal:
Special teams – I shouldn’t say ‘special teams.’ Penalty killing was good. That power play at the end, we were just trying not to cough it up for the chance against. But I think overall it was obviously a good team effort from top to bottom

Kopitar, on dealing with the Kovalchuk situation as a player:
First of all, it’s – how do you want to call it – obviously not a great situation. Kovy is a good guy. There’s nothing that’s wrong with the attitude or anything. He wants to win, he wants to do the best, he’s a really good guy off the ice. Everybody can probably say that about him. It’s just for whatever reason, it’s not working on the ice, and that’s about all I can really put it and all I can say.

— Sean Walker (1-1=2) recorded his first-career multi-point game. With a 24:35 TOI, he bested his previous career-high by over three minutes. Tuesday’s game was the fourth time in 57 career games he’s logged at least 20 minutes.

The Kings are scheduled to practice Wednesday at 11 a.m. at Toyota Sports Performance Center.