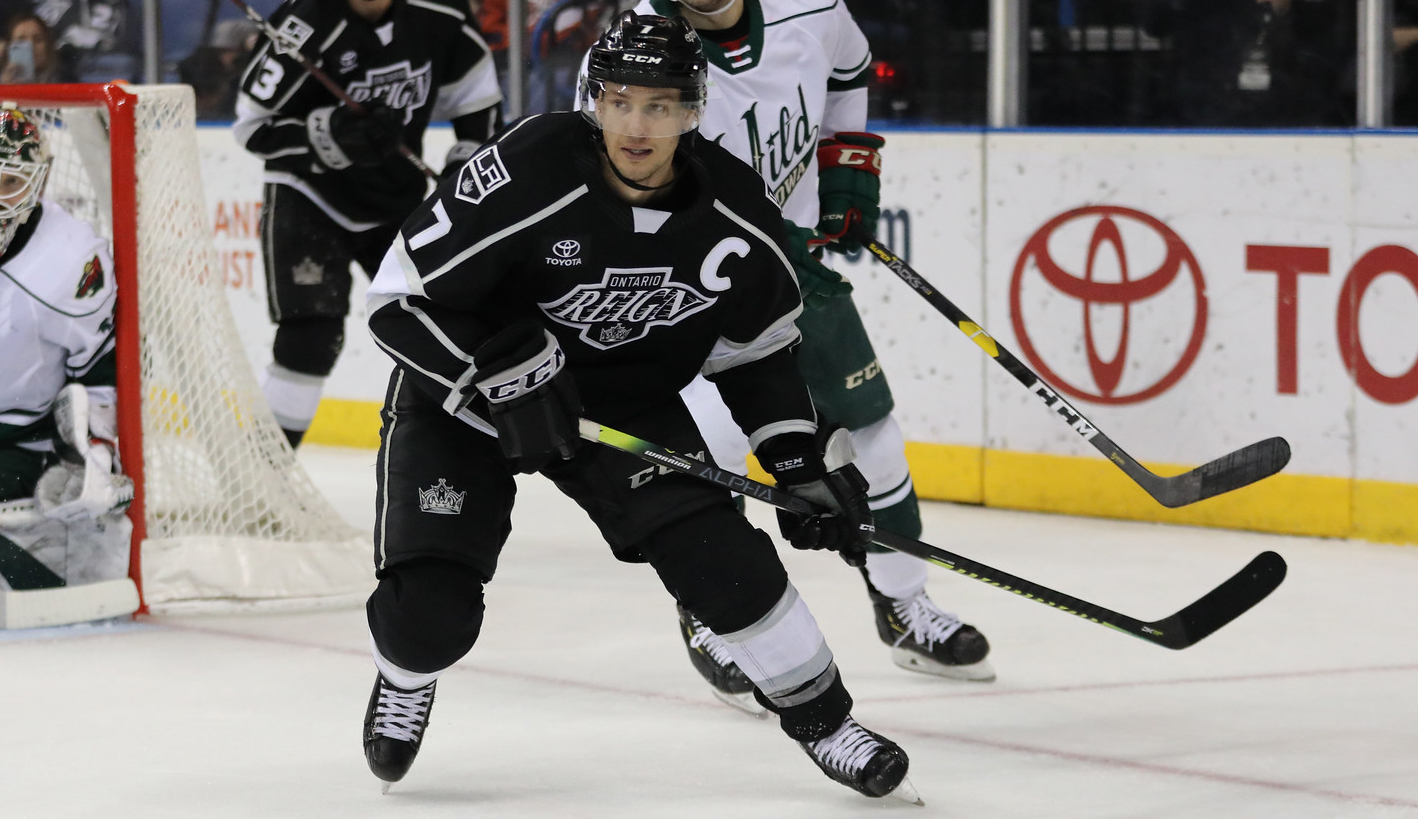 TONIGHT’S MATCHUP: The Reign continue on their four-game road trip with the first of two meetings against the Iowa Wild. Ontario enters tonight’s action off of a split in Colorado, in which each team earned a 4-0 victory.

WHAT TO WATCH FOR: Cal Petersen looks set to make his 13th consecutive start in his home state of Iowa. The Waterloo native played both games here a season ago, and went 1-1. On defense, expect the same group of six as Wednesday in Colorado, with Ryan Stanton and Chaz Reddekopp out. No forward was on late this morning, though the same group as Wednesday is expected.

MY TWO CENT-RAL: Tonight’s matchup against Iowa marks the first game outside of the Pacific Division for Ontario this season. The Reign and Wild will meet four times in total, the only intra-divisional meetings for Ontario all season. A season ago, the Reign faced off against five Central Division foes and went 5-6-1 from 12 games played, including a 2-2-0 record against the Wild, 1-1-0 in Iowa.

ZERO DARK FORTY: Reign goaltender Cal Petersen posted his second shutout of the season on Wednesday in Colorado, as he stopped all 23 shots thrown his way. Petersen has started all 12 games Ontario has played this season, earning a 7-3-2 record to date. The Notre Dame product leads the AHL in several categories, including wins, and will matchup tonight against Kaapo Kahkonen, who ranks second with 6 victories this season.

A FRK’N GOALSCORER: Ontario forward Martin Frk tallied twice in Wednesday’s win over Colorado, including the game-winning goal, a power-play tally, in the first period. Frk leads all Reign skaters with seven goals and 11 points this season, which ranks him tied for eighth in the AHL in goals. The Czech Republic native has amassed 16 points (7-9-16) in 17 games played against Iowa over the past three seasons.

STONE COLD AUSTIN: Coming off of a healthy scratch in two games earlier this month, defenseman Austin Strand returned to the Reign lineup on Wednesday and responded with his first goal of the season, which came in the second period, as well as a +2 rating on the evening. Strand has now collected four points (1-3-4) from 10 games played this season, to go along with a +3 rating.

BAUMS AWAY:Ontario will face off against a familiar foe this evening in Iowa forward Kyle Bauman, who played for the Reign in each of the last two seasons. Bauman joined Ontario late in the 2017-18 campaign and spent all of last season in the Inland Empire, as he amassed 20 points (6-14-20) in total from 73 games played. Bauman has appeared in all 12 Iowa games played so far this season and has totaled three assists.

SCOUTING THE WILD: Forward Gerald Mayhew (6-4-10) and defenseman Brennan Menell (1-9-10) lead Iowa in scoring this season with ten points apiece – Mayhew leads the team in goals and Menell is tied for second in the AHL in assists by a defenseman. Between the pipes, 2019 AHL All-Star goaltender Kaapo Kahkonen has led the way with a 6-1-0 record, a 2.13 goals against average and a .936 save percentage.