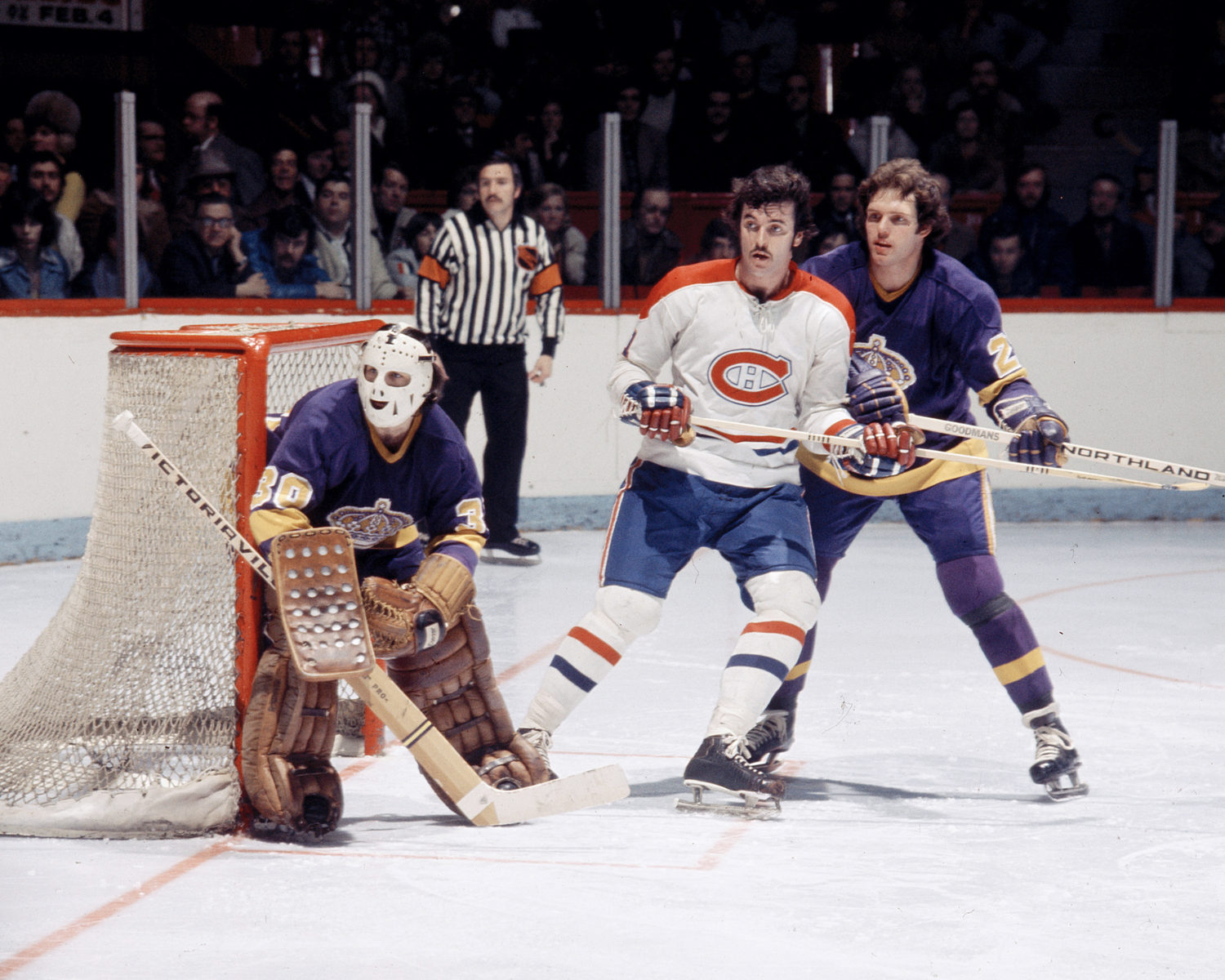 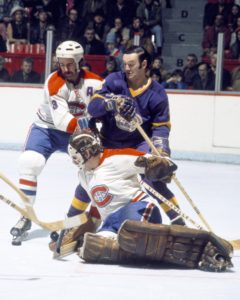 — The Kings are about to play their 17th game of the season. They’re about to hear O Canada for the ninth time and for the seventh time after The Star Spangled Banner is sung. By the end of the night, Los Angeles will have appeared in all Canadian markets and on Hockey Night in Canada for the third time, which is more than just a neat factoid. Being in Canada means more scrutiny and a greater mass of media, and, of course, large crowds when Drew Doughty speaks.

“When you’ve coached in Canada for three or four years, this is a break,” Todd McLellan said, half-jokingly, of the scrutiny that isn’t as intense for a coach of an American team.

Really, this was planned as a half-story on Doughty and the media blitz that comes with playing nine games against Canadian teams in a month, but I’m going to wait on that story. Visits to all three Canadian Pacific Division teams will take place in December. And, truth be told, today he didn’t draw as big of a crowd as he had in Calgary, in Los Angeles when facing Calgary, or Toronto. He enjoys the larger crowds when they’re a byproduct of playoff runs or the team playing well, but “for the most part, I just like having four or five people like we have in LA,” he said.

There’s another way to draw good attention: Winning. Los Angeles hasn’t done much of that in Montreal over the last 53 years, using four wins in their last six visits to Bell Centre to up their all-time mark to 12-50-11. With Trevor Lewis’ injury providing an opportunity for Carl Grundstrom to step in, this game affords a slightly more junior lineup the ability to both measure themselves and make something out of the three-game trip.

“We’ve got young players,” McLellan said. “You think of Blake Lizotte and maybe some of the other players that are on this team right now that maybe haven’t played in these buildings, haven’t experienced the media, the atmosphere in the buildings, I think it’s really good for them to get out and grow up quick, and you do that making your stops through Canada.”

— McLellan wasn’t overly fond of several low forwards’ net play in the Ottawa game, and as the dust settled from all the line jumbling necessitated by Lewis’ departure midway through the first period, Ilya Kovalchuk was again skating with Michael Amadio and Kyle Clifford at the morning skate, similar to his deployment last season. Kovalchuk, who has two assists in his last eight games and three goals, nine points and a minus-10 rating through 16 games, has been earning heavier minutes under McLellan than he had under Willie Desjardins. How’s he been doing with it?

“Kovy, he’s a magnet for media, he’s a magnet for everybody because of his hall of fame career,” McLellan said. “Everyone wants him to be the 50-goal scorer that he was years and years ago – and we want that too – but he has to provide a steady game, night-in and night-out, and there’s been some nights where he’s done a really good job of that, there’s other nights where it gets away on him a bit. But you can take Kovy’s name out of it and talk about our team. Doesn’t that match? And we can’t lay anything on 17’s feet all the time. It’s the group as a whole, and we all have to take responsibility for our performance.”

— Meanwhile, Joakim Ryan will enter back into the lineup to the left of Matt Roy in place of Kurtis MacDermid. “It’s a little bit [because of the] opponent, it’s needing to get him back in and keeping him going, it’s the back-end of a roadtrip, fresh legs are important,” McLellan said. “Mac is coming out tonight. I don’t want to single him, but our whole low-end D, forwards, anything in and around our net was not very good in Ottawa. We made a lot of mistakes there, so we’re going to try and correct that a little bit. Joakie deserves the opportunity to try and contribute.”

— The Habs are happy with ex-King Nate Thompson, who has five assists in 16 games but more importantly has served as a good role model for younger players like Nate Suzuki. He’s also a step quicker, thanks in part to shedding some weight and working on his explosiveness.

Via Eric Engels of Sportsnet:

That meant five to six training sessions a week throughout the entirety of the off-season with Dr. Chad Moreau, who runs Back To Function out of Lomita, Calif., near Hermosa Beach.

“We’d do a lot of competitions and challenges and he has a point system,” Thompson said of Moreau, who is the older brother of former NHLer Ethan Moreau.

“I think it created some competitiveness. I was working out with (Toronto Maple Leafs defenceman) Jake Muzzin, (Calgary Flames forward) Milan Lucic and (Kings forward) Dustin Brown, and there were some other young guys with us. We were pushing each other, and I think having those challenges throughout the summer really pushed us to be competitive and it definitely helped me.”

The evidence is plain to see. Through 15 games, Thompson has been flying up and down the ice.

Thompson, a pending UFA, was acquired by Montreal along with a fifth round draft pick in exchange for a fourth round pick (Kim Nousiainen) late last season. He signed a one-year, $1-million contract extension with Montreal shortly after the season ended. Through 713 career games with the Bruins, Islanders, Lightning, Ducks, Senators, Kings and Canadiens, the 35-year-old Alaskan has 58 goals and 146 points. 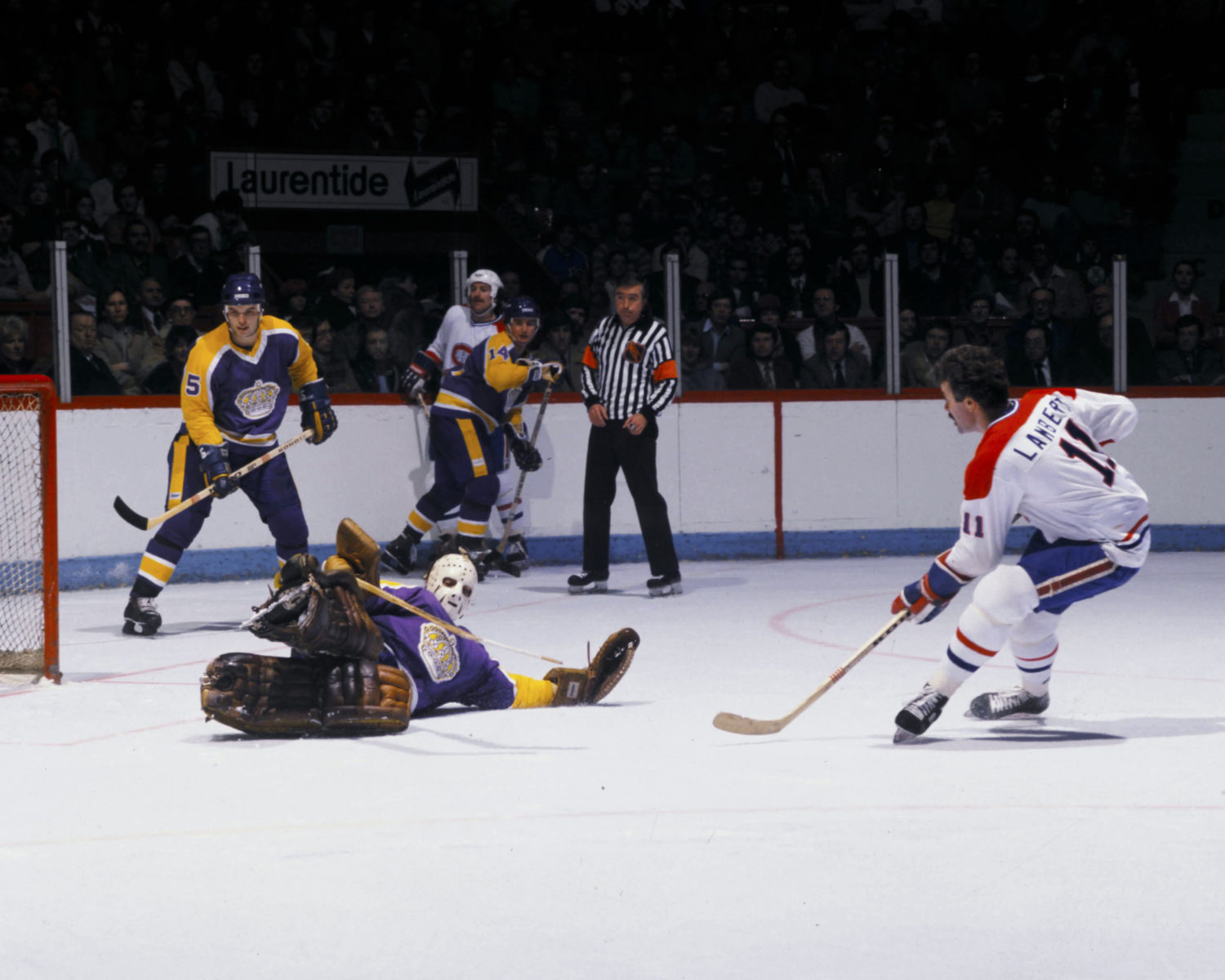