Catching up with Kyle Bauman in Iowa 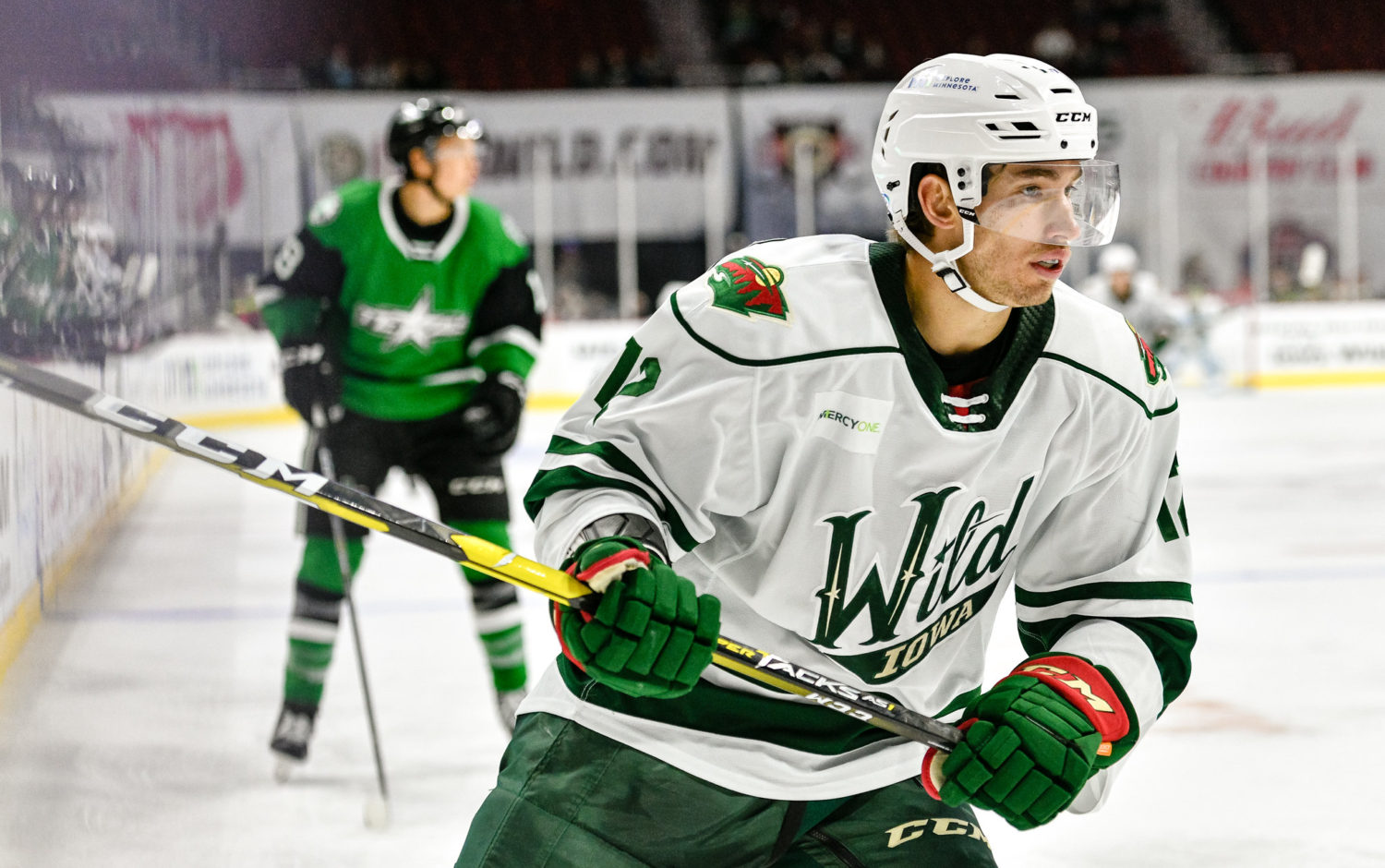 Took a few minutes to chat with Kyle Bauman earlier today after morning skate at Wells Fargo Arena. Bauman is a familiar name for Reign fans – He spent the entire 2018-19 campaign with Ontario after he made his debut at the tail end of the 2017-18 season, with a couple games in the 2018 Calder Cup Playoffs as well.

After spending the summer in Orlando (not a bad gig!), Bauman signed in late August on an AHL contract with Iowa. Though he had originally hoped to return to Ontario, Bauman has found a nice home with the Wild, a team that is atop the Central Division after a strong 7-2-2-1 start to the season. Bauman, who has played in every game to date with Iowa, excelled as a bottom-six center last season with Ontario, bringing a workmalike effort every night, contributing on the Reign penalty kill as well.

The always smiling Bauman was excited to catch up with Mike Stothers before Iowa skated today and has stayed in touch with several of his Reign teammates from last season. More from “The Baumer”, as Stutts nicknamed him last season, below –

Kyle on what he was up to over the summer
It was great, I feel like summer’s so short…it was actually a little longer because we didn’t make playoffs, but it was fun. [Reporter: Anything interesting that you did?] Not really, I just work at the rink and I ref in the summer time so it’s fun, I kind of live at the rink. My friends are all at the rink, playing men’s league with me.

On signing with Iowa and signing late in the offseason
I was kind of just waiting around trying to get a deal. I was hoping to come back to Ontario, it didn’t work out, but I got a text later in the summer saying that Iowa wanted to sign me. I knew a couple of guys, Gerry Fitzgerald was here last year, Mitchy [Zack Mitchell] was in Ontario last year with us, he played here and they had good things to say about it. They were really good last year, so I was obviously excited when I got the chance.

On staying in touch with old Reign teammates
We still text, Snapchats and stuff here and there. I think, whatever team you’re on, you’re always going to remain in contact with the guys after you’re gone, see how they’re doing.

On if it will be weird being on the other side of the ice in a Reign-Wild game
Yeah, I think before the game you kind of think about it a little bit more, a little more exciting, but once the puck drops it’s just another hockey game you’re trying to win. It doesn’t matter who you’re playing, if they’re your buddy or not, we want to win a hockey game and hopefully play well.

On playing for Mike Stothers and his relationship with him
It was awesome, I really love Stutts for giving me an opportunity to play last year. I have a lot of respect for him and his coaching style, I loved playing for him last year. It was just good to see him before our skate and I think he was happy for me, signing another deal in the American League, even if it wasn’t in Ontario. It was awesome seeing him, like I said I really enjoyed playing for him and his style of hockey. [Reporter: No gray areas with Stutts….] No, he has an open door. If you want to go talk to him he’ll tell you how it is, he’s not hiding anything from you.

On Iowa’s successful start and how he’s integrated into the Wild team
It’s been awesome. The group of guys here is great, they’re really welcoming and it’s always nice when you’re winning hockey games. It makes everything easier, it’s more fun coming to the rink, it’s just been great to be a part of it, try to be a good teammate and make an impact however I can. 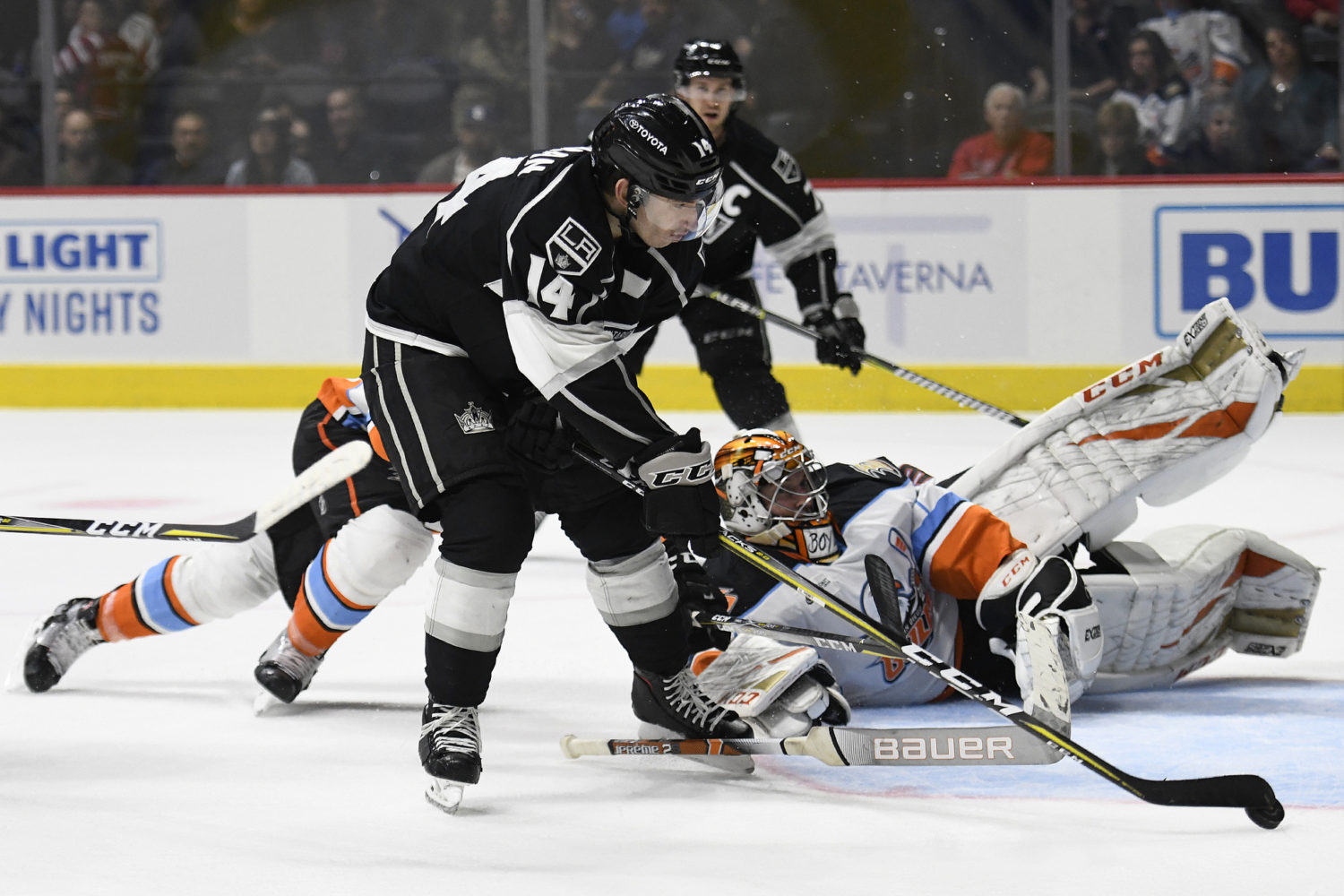